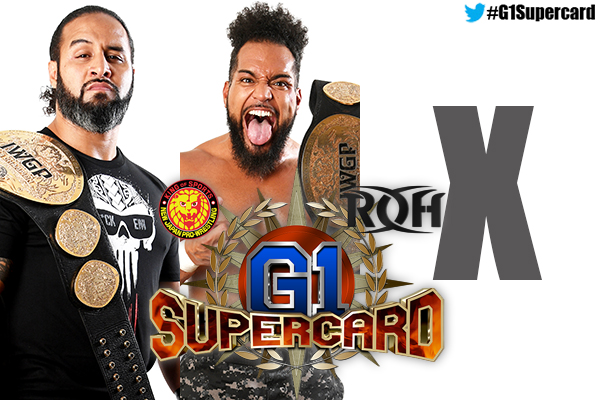 A new match has been announced for the G1 Supercard at Madison Square Garden on April 6th. The reigning IWGP TagTeam Champions, G.O.D. will be putting their newly won championship on the line as they face off against the ROH World Tag Team Champions.

The match was decided after the Briscoe brothers, Jay and Mark, challenged Tama Tonga and Tanga Loa after winning their match against the Lifeblood team of Juice Robinson and David Finlay on the 23rd February 2019. The 83rd IWGP Tag Team champions, who regained their title from EVIL and SANADA earlier in the night came out from backstage to accept the challenge.

Since the Briscoes have a championship defense on the 15th March against PCO and Brody King, their challenge may have been made in vain. The winners of the match will go on to defend the ROH World Tag Team Championship against G.O.D at the G1 Supercard in Madison Square Garden.

The Briscoe brothers are currently in an unprecedented 10th reign as ROH World Tag Team Champions and can credit their success to an amazing sense of teamwork and brutality. G.O.D. on the other hand are now 5-times champions, an impressive record with only 6-times champions, TenCozy ahead of them. Whether it’s against the Briscoes or Villain Enterprises, we are sure to see an explosive clash in Madison Square Garden.