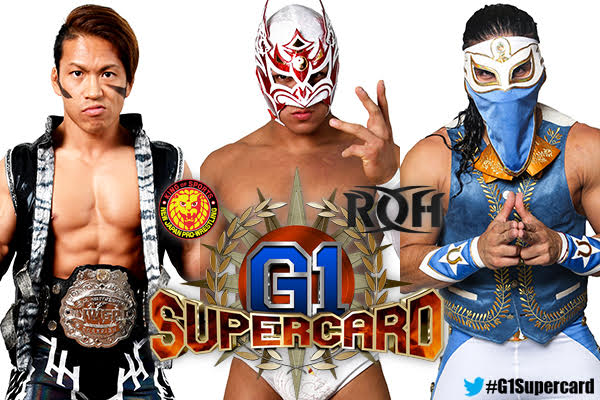 The IWGP Junior Heavyweight Championship will now be defended in a triple threat match at Madison Square Garden.

The reigning champion Taiji Ishimori challenged Dragon Lee immediately after the former’s successful title defence at the 47th Anniversary show on March 6th in Ota. After his match against Jyushin Thunder Liger, he called out for a title match at Madison Square Garden, demanding a member of Ring of Honor’s roster challenge him. It was Dragon Lee who answered the call and informed Ishimori that “I’ll show everyone at Madison Square Garden that I am better than you!”

However, since Dragon Lee is signed to CMLL, not ROH, Bandido decided to answer Ishimori’s open challenge. The rudo who has been catching the eye of many on the Indie scene especially with his electrifying match at All In against the Young Bucks and Kota Ibushi.

Madison Square Garden will now bear witness to a battle between NJPW, CMLL and ROH to decide who is worthy of being crowned as the IWGP Junior Heavyweight Champion.