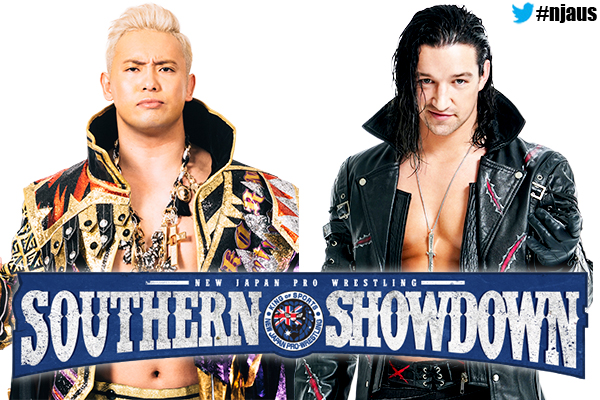 Since the Southern Showdown events in Melbourne and Sydney were announced earlier this month, the response from fans registering for ticket pre-sales has been astronomical. The pre-sale for the Melbourne event begins today, Wednesday April 24 at noon AET, and before the general sale for both Melbourne and Sydney on Friday, April 26 it brings us great pleasure to confirm the first two names scheduled for this Down Under spectacular!

On April 6, Kazuchika Okada and Jay White tore the house down in front of 16,000 plus fans in Madison Square Garden. Now, both men will be a part of Southern Showdown in Melbourne and Sydney!

Check back at njpw1972.com tomorrow for a second update to the Southern Showdown roster before tickets go on general sale this Friday!

PLEASE NOTE: There is no pre-sale for the Sydney event.