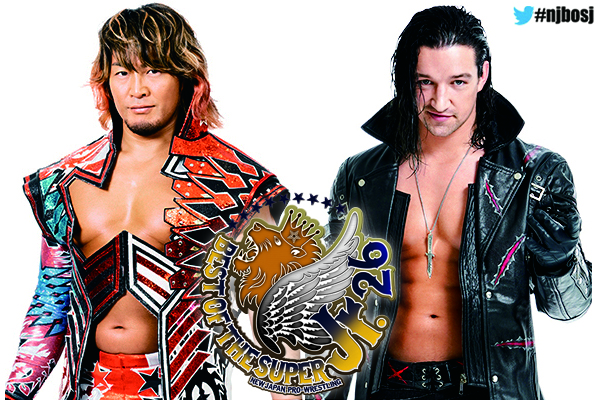 During night two of Wrestling Dontaku on Saturday May 4, fans in Fukuoka got a huge surprise as Hiroshi Tanahashi returned to address the crowd. Tanahashi commented that he had gone through a lot of highs and lows in his career, with a lot of waves in the last year alone. The Ace returned from injury to win G1 Climax 29, main event Wrestle Kingdom 12 and capture the IWGP Heavyweight Championship, but he lost that title on his first defence, and suffered an elbow injury against Zack Sabre Junior in Madison Square Garden in April.

Now free of a cast following surgery on the elbow, Tanahashi was delighted to announce his return June 5, but the joy was short lived. Jay White, who had beaten Tanahashi for that IWGP Championship at New Beginning, declared that Tanahashi should be right at the back of the championship line, and proceeded to attack the injured arm of the Ace.

This has all led to a huge singles match being made at Sumo Hall on June 5. Hiroshi Tanahashi will take on Switchblade Jay White one on one.

This massive match will be underneath the main event of the Best of the Super Juniors 26, as winners of A and B block will clash. Also, as we have seen in mysterious videos, a newcomer will apparently arrive to apparently tell Juice Robinson his ‘time’s up’.

See all the BoSJ cards here, and catch all the action of Best of the Super Juniors starting May 13! All events will be live with English commentary on NJPW World!