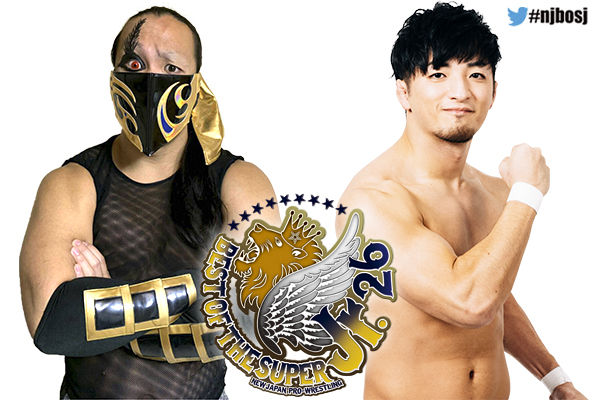 Replacements named for El Desperado and Flip Gordon in BOSJ 26

Changes were made today to the B Block of Best of the Super Juniors 26, as El Desperado has been forced to withdraw due to injury, and Flip Gordon has encountered visa issues.

On May 7 at the TakaTaichi Mania 2 event in Korakuen Hall, Desperado suffered a broken jaw during his match with Jun Kasai. Under doctor’s orders, Desperado will be unable to compete.

Flip Gordon was not issued a proper visa in time to enter Japan, and has reluctantly been forced to withdraw from the tournament.

In Desperado’s place will be a man Taichi brought to TakaTaichi Mania as a ‘hired gun’ for Suzuki Gun, a Japanese luchadore by the name of DOUKI.

In Flip Gordon’s place will be Young Lion Ren Narita.

A statement from Ren Narita

My chance has finally come around. I only just heard the news and I’m already excited thinking about what kind of matches I’ll have.

During the New Japan Cup, I had the chance to wrestle juniors like Shingo Takagi and BUSHI in tags, and I wanted to challenge them in singles matches someday. For all the times I’ve been beaten up, the Super Juniors would be a chance to turn the tables and go all out; that’s why I’ve asked again and again to be put in.

These league matches mean a huge amount to my career, and of course, I want to be the first Young Lion to ever win BoSJ. I don’t want any one to make excuses about me being a Young Lion in here, nobody treating me any different. I’m in it to win it- that’s all.

A statement from Taichi regarding DOUKI

This isn’t just a case of me choosing a pinch hitter because Despe’s hurt. Sooner or later, this was gonna happen. Ten years ago, I came across DOUKI, and taught him everything he knows from scratch. Now, a decade later, I’ve called him back to Japan. He was only just at TakaTaichi Mania the other day.

Now you’d better believe me when I tell you, this guy is the real deal. Three days before the tournament starts and he’s all ready to go- I know how to pick ’em, and I know how to train ’em. Super Junior? DOUKI is going to turn the whole thing upside down.