On Wednesday June 5, the Best of the Super Juniors will reach its climax in Ryogoku Sumo Hall. It’s a huge night for the junior heavyweight division, but Ryogoku will also see a stacked undercard. One major attraction will be the return of Hiroshi Tanahashi, who will come back from elbow surgery to face Switchblade Jay White. We caught up with Tanahashi to get his thoughts on his return.

BOSJ 26 final on June 5, Dominion on June 9 and so much more live and in English on NJPW World! 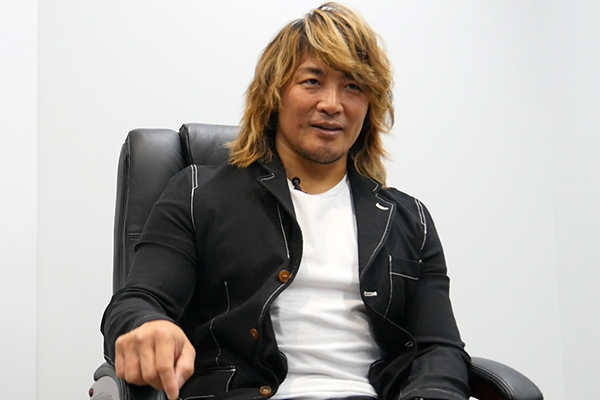 –So first of all, you’ve undergone surgery on your left elbow and are now counting down to your return on June 5. How are you feeling, physically?

Tanahashi: After the surgery, my doctor said to take care and not push things so far, so I was careful. Coming to June 5 as the return date, it was a lot of feeling things out, thinking well, this is the fastest date that I think I can go. After that, since I said ‘I’m coming back’, I’ve been pushing it harder. The plan is to be back stronger than before I went away.

–One would imagine there will be a bullseye on that elbow after you come back.

Tanahashi: I’ve been wearing a supporter on my right arm for a long time now, ever since I tore my bicep and kept wrestling. I’ll just move the supporter to the other side. Should throw my opponents off (laughs).

–Those are your tactics!

Tanahashi: It’ll confuse them. ‘He had his supporter on the other side last time…’ hah. I mean, I could have supporters on both arms, but usually in wrestling the instinct is to attack the left, so I think they’ll be going for that side anyway.

–To change the subject a little, we recently moved from the Heisei era into Reiwa. A lot of people really associate you with the Heisei era; how do you feel about the change?

Tanahashi: Hm, I am the Ace of Heisei! But I think even in the new era, my role of Ace isn’t going to change any. It’s just a perception thing. I spent Heisei telling every body that I was the Ace. Now in Reiwa, I think it’ll be the people around me going ‘ah, yeah, he’s still the Ace’.

–As the man who was at the forefront of NJPW’s recovery and return to the top, how do you want New Japan to evolve during Reiwa?

Tanahashi: Well, I think it’s fantastic that we’re entering new markets overseas, but there are a lot of things that we still need to do in Japan. I’ll give you an example; I was in Sendai recently to throw out the opening pitch at the (Rakuten Eagles) baseball game. While I was there, I wanted to stop in at Sunplaza Hall for the Best of the Super Junior card, you know? I was in the convenience store nearby and this kid and their parents called out to me. I talked to them, and they asked me ‘what are you doing here?’ 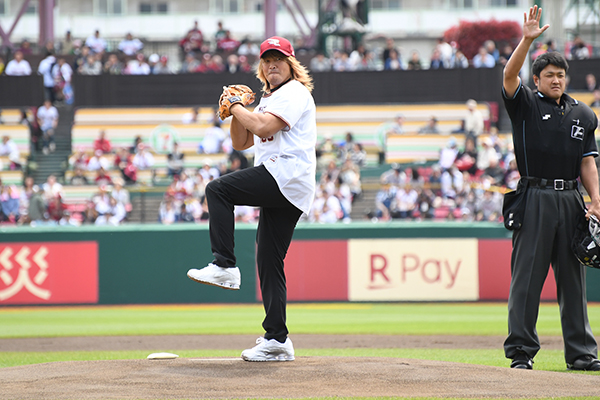 –And what did you tell them?

Tanahashi: I told them I was there for the opening pitch. But these people had no idea that New Japan was running in Sunplaza. Had they known that there was an NJPW event around the corner, they would probably have been going. So it told me that there is a lot we still need to do when it comes to promotion.

–How do you feel about that balance, wowing the fans in the ring and growing the fanbase outside it?

Tanahashi: To me, doing that kind of promotion and making people aware, that’s really important work. I really want to stress that, but at the same time, there are a lot of other wrestlers that can do that kind of work just as well. In Reiwa, I want to be more… I don’t think selfish is the right word, but I think it’ll be nice to wrestle for me. To focus on things in the ring. I think sometimes it’s fine to be fighting for myself and my own benefit. 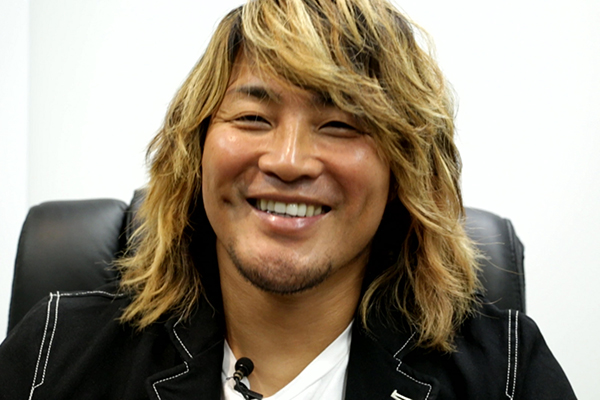 –What are your views on the IWGP title scene right now?

Tanahashi: Well, we saw SANADA come up during the New Japan Cup and emerge as someone on that level. I think that there are a lot of people that are challenging, or about to challenge for the IWGP Championship that haven’t done so before. Of course you can include Jay White in that list. Times are changing, NJPW is constantly moving forward.

–There’s more expectation from the fans now, about who can change the scene and how.

Tanahashi: Right. Not long ago, there would be this unseen pressure on a champion, that they had to work a lot harder to further the business. Now that business is strong and growing, there is a little bit more stability, and that brings with it more possibilities I think.

–So with that said, how was the reception from fans when you said you wanted to go for the title again?

Tanahashi: Well, I think the best support I’ve gotten has been from people saying things like ‘make sure you’re all healed up and come back.’ Just really warm words on Twitter.

–With the history that you’ve had with that title, to say that you’re coming back and aiming at the belt says a lot about your state of mind, your resolve.

Tanahashi: Hm. Well, I was out there in Fukuoka to greet the fans and to tell them I’m coming back. I had to really relay what I was going to try and do when I got back. To just say ‘hi guys, I’ll be back soon!’ is kinda boring.

Tanahashi: But I said I was going for it. I wasn’t laying out a challenge, it’s on me to prove myself worthy enough to challenge. It was just a ‘hey, keep your eyes on me’ kind of thing.

–There are some who don’t want to see you rush your return.

Tanahashi: I’m not rushing. The last few years its been kind of a routine for me, to be hurt and come back this time of year. For me it’s always a thing of listening to my body before deciding when to come back. From here, I’ll be working to be in top condition.

–You’re not rushing any more than necessary for the time of year.

Tanahashi: Even if I were to take more time off, I can’t be in any better than peak condition. Even if you ordered me to take time off, I wouldn’t. I’d always get the prize for perfect attendance at school, you know.

–You said earlier that you were looking for your fastest possible route back. Is there a reason for coming back a little earlier in the summer and declaring you want to aim for the IWGP title?

Tanahashi: It’s the work ethic I’ve always had. From day one, it’s been ‘I want to be a wrestler’ and then when I became a wrestler it was ‘I want to be the champion’. That’s the driving force. For me, as soon as I stop aiming for the title, that’s when I’ll retire. As long as I can see that gold shining in the distance somewhere, I’ll keep heading toward it. As soon as I say ‘ah, I can’t do this’, I’ll be toast. That’s when I have to think about retiring. Now I can still do it, so I will. I’ll be back. 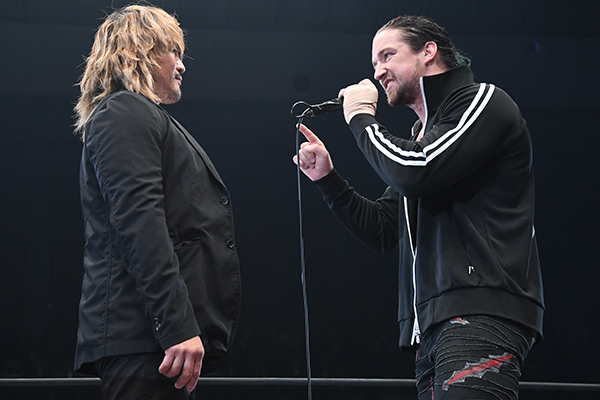 –So to bring us to the comeback match with Jay White. What are your thoughts on Jay?

Tanahashi: He’s a different person than the one I wrestled in his return match in 2018 (at Wrestle Kingdom 12). He has had experience on the biggest stage, he’s wrestled a lot of different opponents. He’s been in the main event at Madison Square Garden. That will do wonders for your self confidence.

Tanahashi: To tell you the truth, he’s a high hurdle to clear. To that kid who came back from his excursion to face me, I was a big hurdle to him at the time. Now I’m coming back and he’s the hurdle. It’s almost a role reversal in that regard.

–So if you are looking at the IWGP title down the line, you really have to beat White first.

Tanahashi: Right. I need revenge for him taking the IWGP Championship away from me in February in Osaka for a start.

–As important as it is for you, are you letting yourself get excited for the comeback?

Tanahashi: I’m a pro wrestler. So if I’m not wrestling, there’s a bit of me that looks in the mirror and goes ‘what are you?’ So wins are nice, having championships is tremendous, but just being able to stand in the ring is the main thing. That’s where I’m happiest.

–Any closing message to the fans?

Tanahashi: Listen to me. Mentally and physically, I’m going to be coming back in peak condition. Get excited!