The Best of the Super juniors final is only just behind us, but the heat isn’t letting up in NJPW as we run toward the summer! The full card for Dominion in Osaka Jo Hall has now been confirmed, with Jericho and Okada at the top. 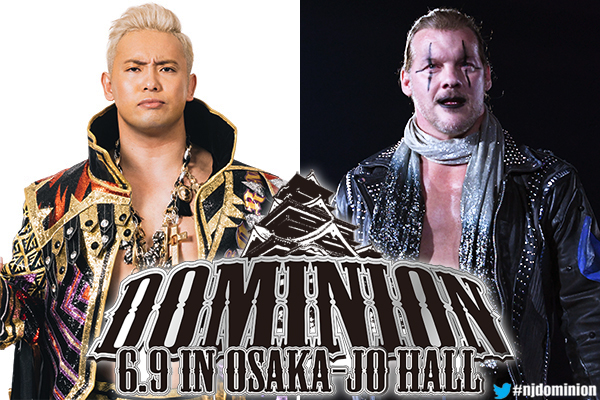 After Kazuchika Okada retained the IWGP Heavyweight Championship in Fukuoka May 4, his winning address was interrupted by a video message from one Chris Jericho. Declaring himself the ‘painmaker’, Jericho vowed to take Okada’s gold at Osaka Jo Hall.

At Ryogoku on Wednesday, another video message aired from Jericho, the ‘painmaker’ demanding Okada ‘come to play’. Okada’s response was that the IWGP Heavyweight Championship was no trinket to play with, and that a painmaker wasn’t needed when NJPW had a Rainmaker.

Yet his quips were delivered between anxious glances behind him to make sure Jericho wasn’t laying in wait. Okada isn’t taking his challenger lightly, nor should he. Jericho has a positive relationship with Osaka; in 2018 at Dominion, he defeated Tetsuya Naito to capture the IWGP Intercontinental Championship, and now seeks to clinch NJPW’s richest prize one year on. 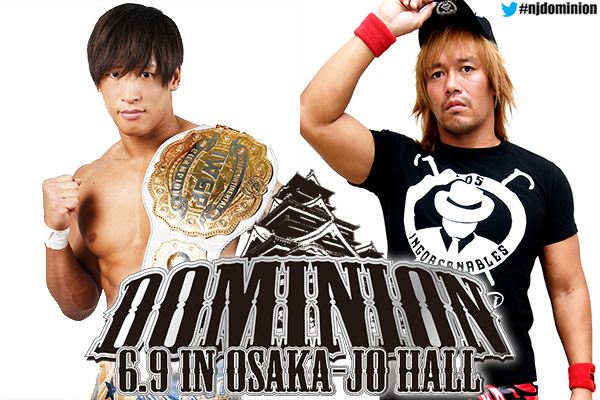 In the semi main event, Kota Ibushi puts the IWGP Intercontinental Championship on the line once more against Tetsuya Naito. This is the third time the two have met this year, with both results going to Ibushi. In the ever escalating war between two former friends, Naito is intent on redressing the balance. Perhaps with a win over Ibushi, he will not only get one step closer to his goal of becoming the first ever double Intercontinental and Heavyweight champion in New Japan, but find closure, over the Golden Star, and over a town and venue with which he has a difficult relationship. It was in Osaka that fans turned on Naito before he started LIJ, and in Osaka Jo Hall that he has lost three championships in the last three years.

For Ibushi though, the responsibility of elevating the Intercontinental Championship to a level similar or higher than the Heavyweight title is paramount. He may be looking to out perform the two wrestlers in the main event rather than simply pinning Naito, and that may cost him. 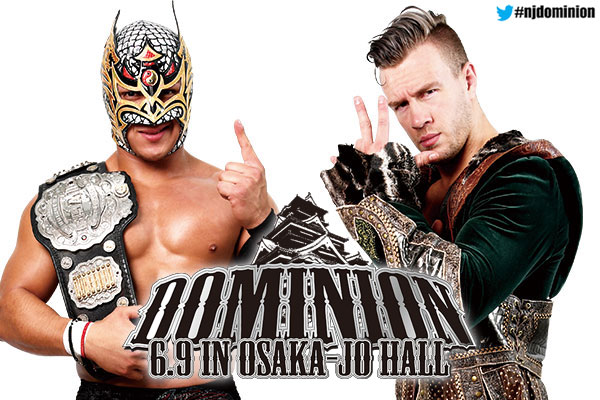 The IWGP Junior Heavyweight Championship will be on the line when Will Ospreay takes on Dragon Lee.

This match comes just four days after a 33 minute war in Ryogoku that saw Will Ospreay slay the Dragon Shingo Takagi. Takagi pulled out every single stop, from tope con giros to the rarely seen Made In Japan on Ospreay, but it was a Stormbreaker that ended the match and granted Ospreay his second BOSJ trophy in four years.

To Ospreay and Lee a strong sense of pride in the junior heavyweight division is also at stake. Both have brought the weight class to the limelight, with Dragon Lee headlining Dontaku in Fukuoka in May, and Ospreay fresh off headlining in Ryogoku. In Osaka, they will be determined to outdo the matches higher up on the card. 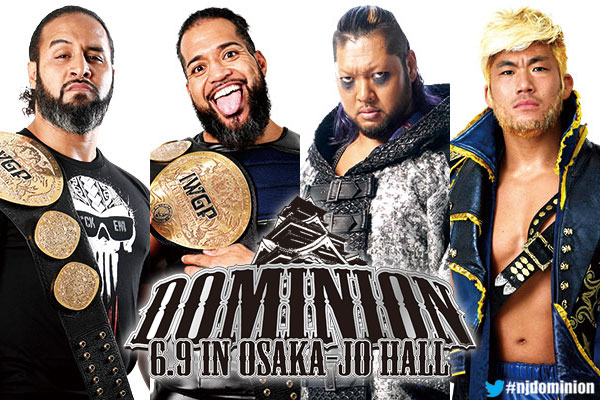 Continuing a string of championship clashes, Guerrillas of Destiny will defend the IWGP Tag Team Championships when they face EVIL and SANADA. After becoming double IWGP and ROH Tag Champions at Madison Square Garden, GoD have not rest on their laurels during the BOSJ tour. Instead, Tama Tonga and Tanga Loa headed to Chicago and defended their ROH Tag Team gold against the Briscoes, before former champs E&S made their IWGP challenge. Both teams have memorable victories over one another; the current record in straight tag team matches is 3-2 to the LIJ duo. GoD will seek to even that scoreline and further cement themselves as the franchise team of NJPW. 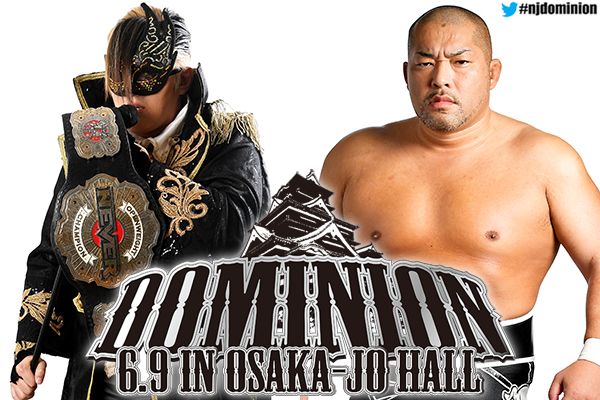 The NEVER Openweight Championship rounds out the lineup of titles defended in Osaka Jo Hall when Tomohiro Ishii challenges champion Taichi. After Taichi won the title at Dontaku on May 3, he admitted that he had a specific challenger in mind, and when Ishii defeated EVIL in a war the next night, Taichi made his move.

New fans recalled their clash during the New Japan Cup, one of the matches of the tournament that saw Ishii draw a fire and passion out of Taichi that evoked both of their respective masters in Genichiro Tenryu and Toshiaki Kawada. Yet their history stretches further back, and to the origins of Taichi’s twisted pride. In 2008, Taichi was one of the ‘Four Black Saints’ of NJPW along with Tomoaki Honma, Milano Collection AT and Tomohiro Ishii. These four men who had started their careers outside NJPW and elected to join the company just as it was in its most difficult era were, to Taichi, unsung linchpins of the era, black sheep who helped save the village.

Ishii’s made an ascent to beloved veteran, while Taichi was despised for a decade. Taichi has a burning desire to prove himself as champion and contender tonight by defeating Ishii and gaining the plaudits he feels he deserves. 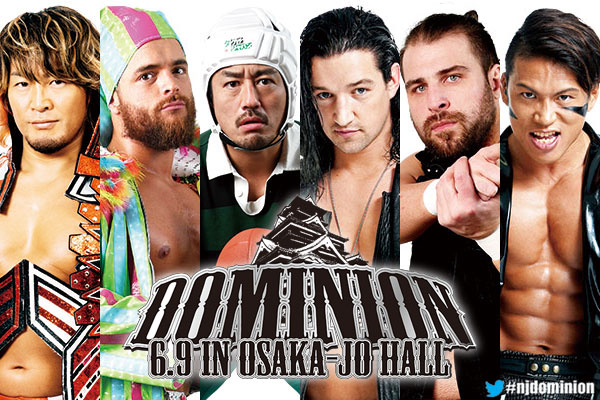 In six man tag team action, Ryusuke Taguchi, Juice Robinson and Hiroshi Tanahashi will team up to take on Jay White, Chase Owens and Taiji Ishimori. Robinson and Tanahashi will both be feeling extreme pain, and an extreme desire for revenge in Osaka. On Wednesday, Tanahashi’s return was not a joyous one, as White brutally attacked Tanahashi’s injured elbow before finishing the Ace with a Bladerunner. Robinson, meanwhile was involved in a bloody, brutal war with Jon Moxley at Ryogoku that saw him lose the IWGP United States Championship that he had held so proudly.

In the opposite corner, White’s ego will likely be bigger than ever in Osaka, and Chase Owens will be joining a winning team. In the back of Ishimori’s mind, could he be excited at the prospects of his budding team with El Phantasmo, or concerned at the status of his former partner Robbie Eagles after he stormed away from their celebration Wednesday? 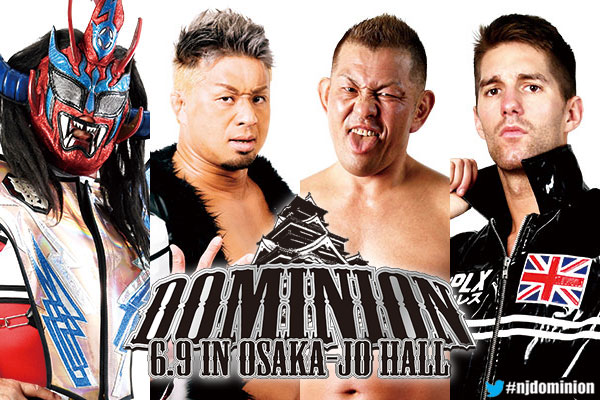 YOSHI-HASHI will team up with Jyushin Thunder Liger on Sunday to take on Minoru Suzuki and Zack Sabre Junior. This pair of deeply personal issues played into a ten man tag collision in Ryogoku. Liger and Suzuki have been tearing at each other since April, while YOSHI-HASHI still wants an opportunity for ZSJ’s Undisputed British Heavyweight Championship, despite his nagging shoulder injury. 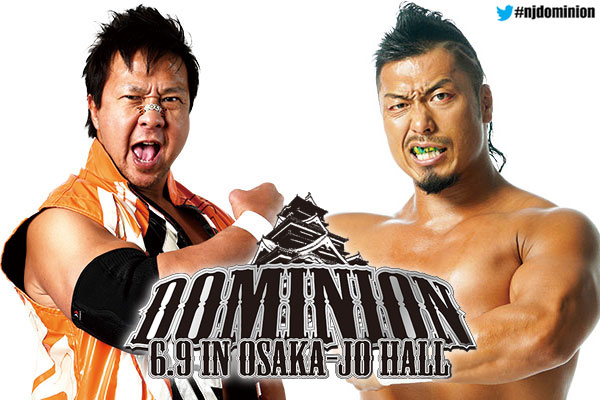 The evening will kick off with a pair of very interesting singles matches. In the second match of the night, Shingo Takagi will face Satoshi Kojima one on one. After being delivered his first loss in NJPW, Shingo confessed that the difference maker in the BOSJ final match against Will Ospreay was Ospreay’s experience in wrestling heavyweights. Takagi asked the NJPW booking committee not to discriminate with his matches and to put him opposite heavyweights as well as juniros. He now has his wish. This will be the battle of the strongest arms in the business, as Pumping Bomber meets Cozy Lariat. 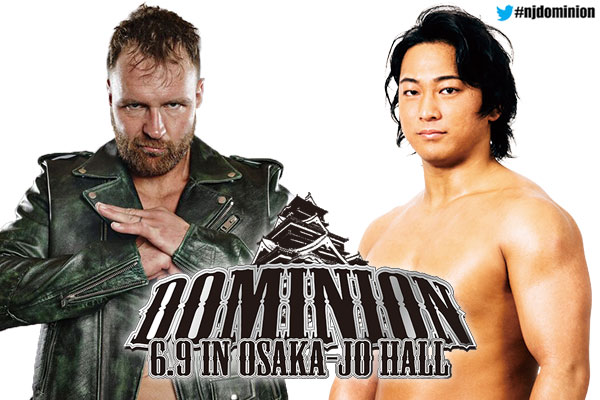 In the opening match of the evening, new IWGP United States Champion Jon Moxley will be facing Shota Umino in singles action. Mox made the biggest impact possible in his debut at Ryogoku, with a blistering hardcore war against Juice Robinson that went all over the building before the Death Rider captured US gold. Umino has perhaps the very biggest of uphill climbs, but he has taken many of the best to their limits, and a win for the Young Lion could grant Shota his dream of an entry to the G1 Climax.