Will Ospreay Addresses Media as Best of the Super Juniors!

Less than 24 hours after defeating Shingo Takagi to lift the Best of the Super Juniors trophy in Ryogoku Sumo Hall, Will Ospreay addressed members of the media in Meguro on June 6.

Will Ospreay, Best of the Super Juniors 26 winner

‘Hello again. It’s been a while since I’ve done this kind of thing. It feels good to have this trophy again. I feel like I’ve been hit by a truck, reversed over and driven over again seven times. But I woke up this morning and said I am the Best of the Super Juniors for a second time. The world was watching and they saw me slay the Dragon Shingo Takagi. Now I get to slay a second Dragon. Dominion is around the corner.

I will say this. I love Dragon Lee. We have a bond, we’ve gone out to dinner several times. But he has something I want. I’ve wrestled at Dominion twice, and I lost both times. I feel like the event is a bit of a curse, and whenever I have a curse I want to lift it.

I don’t want the junior heavyweight label to limit us. Marty Scurll said last year that he doesn’t want the juniors to be seen as less than. I hate to say it but he’s right. You saw that match with Shingo, and it showed that I can take the weight and pressure and deliver when I need to, as a junior. I’m 92 kgs, I’m not a heavyweight. I’m the best junior heavyweight in the world, and I need the IWGP Junior Heavyweight Championship to do that. Dragon Lee, I love you but you have what I want and what I need. At Dominion, to a sold out Osaka Jo Hall, let’s steal the show. 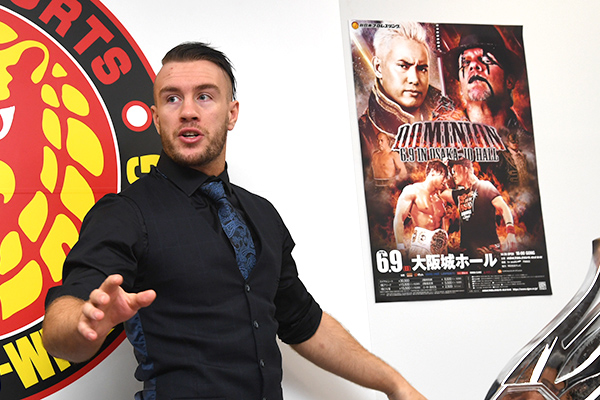 There isn’t a junior heavyweight on the (Dominion) poster, not even the champion. There’s two heavyweights on here (Taichi and Ibushi) that I’ve beaten, but no juniors. It’s time to rectify that. That’s why I’m moving to Japan, to give back. Some people have left and fair play, take a paycheck and try to ‘change the world’. But I’m loyal to this Lion Mark so I will stay here and bust my ass to rectify this. So if I have to be put in with the heavyweights, please. Make that happen. Put a junior with the heavyweights. See what happens.’ 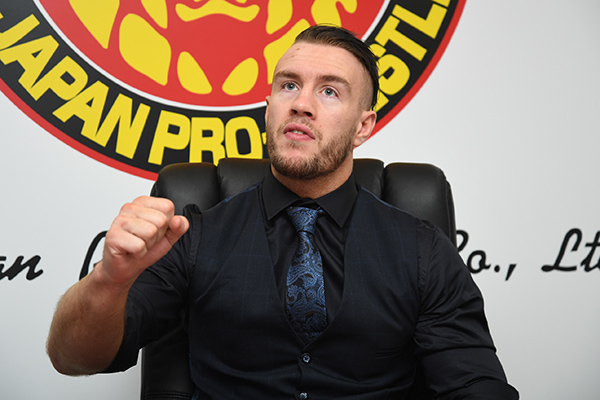 –Is there anything about Dragon Lee you’re wary of?

Ospreay: ‘He’s really adapted. You look at him from last year to now, and he’s changed his style, he’s become more physical. He wants to play tribute to his friend Shibata, but there’s a difference between a tribute act and the real thing.

The difference with me is nobody can change gears like I can, where he will probably go at the same pace. Maybe he has changed more since I faced him last, but then I beat somebody he couldn’t. I beat Shingo. Now I think I can slay another dragon’.

— You lost to El Phantasmo and Robbie Eagles during the tournament. Do you intend to address those losses?

Ospreay: ‘I do, but first I need to win the junior chanmpionship. I’ll admit I lost to them, and I have a plan to rectify those losses, but they didn’t make the finals, I did. So let me worry about the championship first and then I’ll deal with them’.

— Yesterday everybody was happy to hear you’re moving to Japan, but what are your specific plans?

Ospreay: ‘I’m moving in on June 17. My girlfriend is out here already, so it makes sense. I want to make a little documentary series of this, maybe it’ll become a comedy knowing the idiot I am. I have everything I want in England, but I want more, I want to give back, and it’s time to do that’.