The greatest tournament in professional wrestling is finally here! G1 Climax 29 kicks off this Saturday, with the first tournament matches to ever take place in the United States as we get things started in Dallas’ American Airlines Center. Here’s an at a glance preview for the five tournament matches on tap. 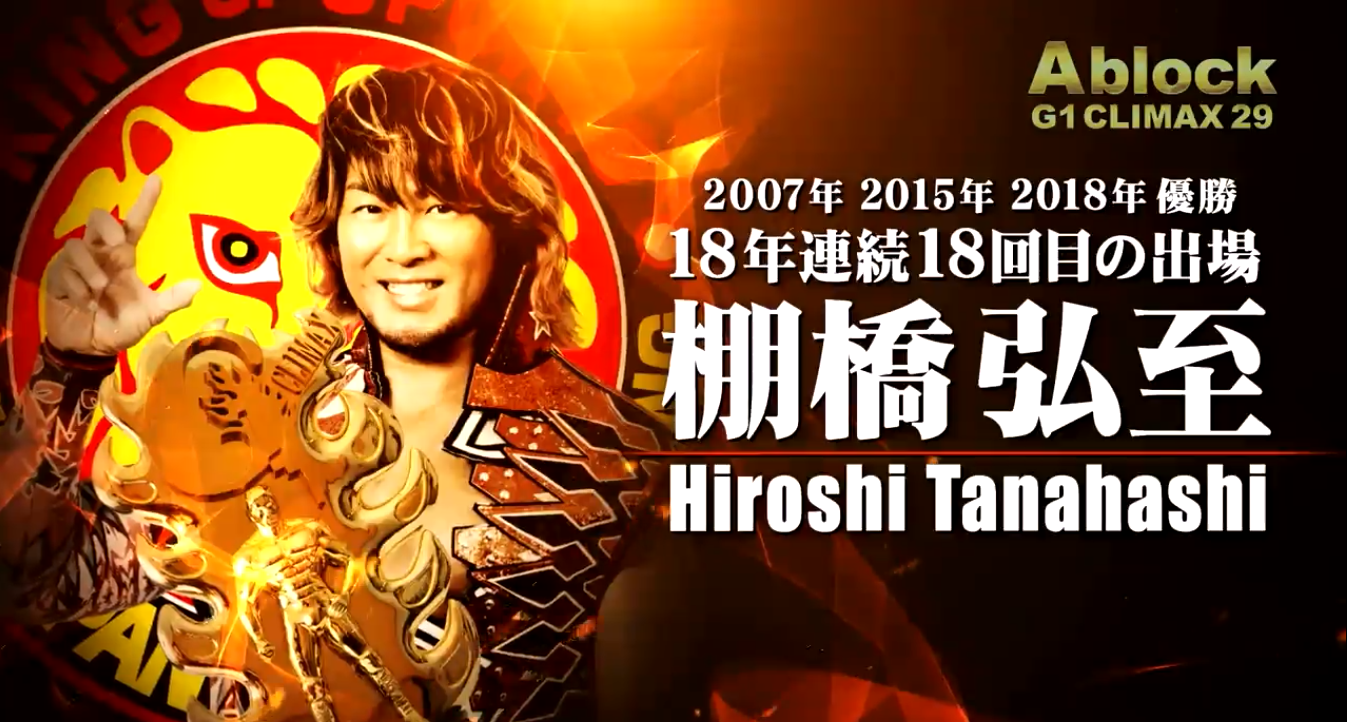 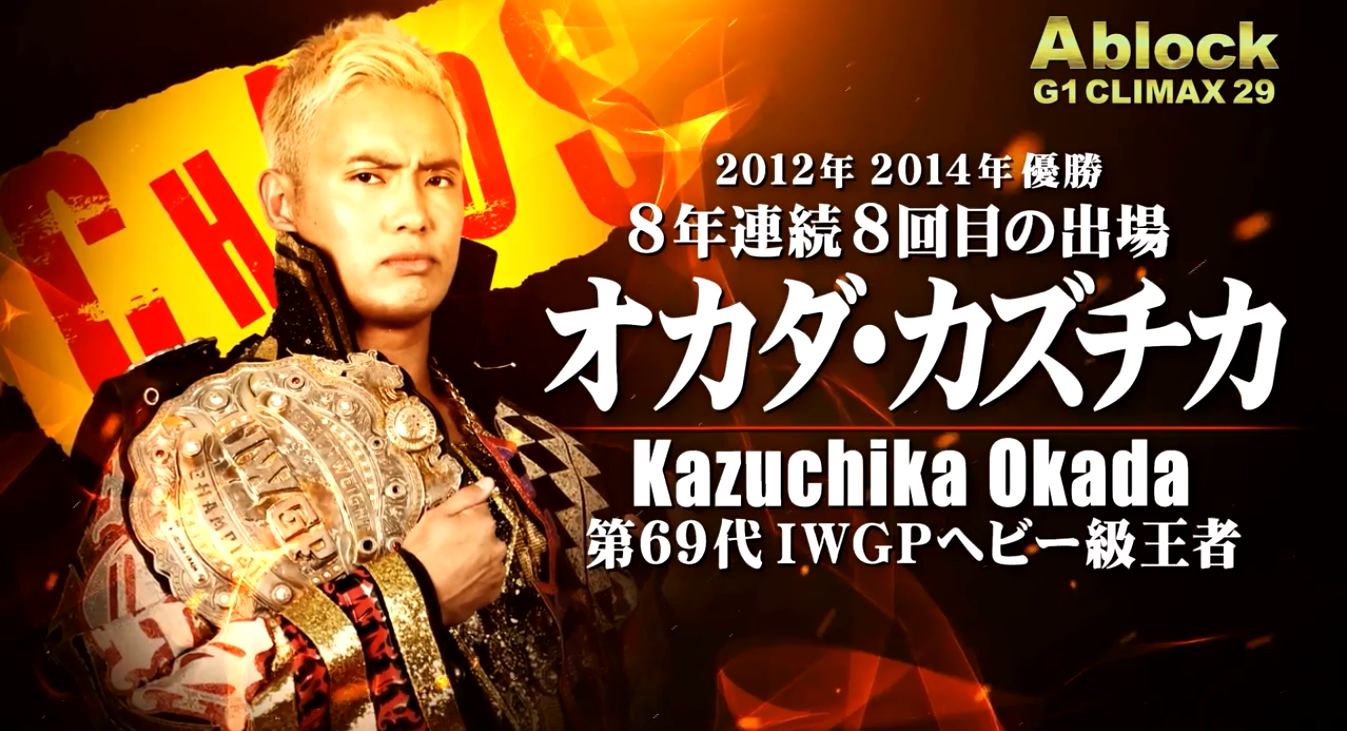 It’s only appropriate that for the first ever G1 Climax card in America, we have as our main event the first ever singles match between Kazuchika Okada and Hiroshi Tanahashi on US soil. Before Kazuchika Okada ever became the Rainmaker, a 2010 singles match saw Hiroshi Tanahashi start the rivalry off with a win, but the feud truly began in earnest in 2012, and the ‘Rainmaker Shock’ which saw The Ace’s then historic V11 IWGP title reign crash to a halt. Since then, some of the greatest matches in history have seen these two face off, including three G1 meetings ending in three G1 draws.

This time, a different set of circumstances. Every prior G1 meeting between Okada and Tanahashi has happened at the end of the tournament run, but this time, it’s taking place at the start. Another draw will linger in the mind of both men for the whole tournament; that one point will likely make all the difference when all the scores are tallied, and a draw may hurt more than a loss for the Ace and Rainmaker.

Then there’s the union built on mutual respect at play here. Tanahashi and Okada were brought together in October 2018 to fight a common enemy in Jay White and BULLET CLUB, and once more after Dominion when Tanahashi prevented a career threatening post match assault from Chris Jericho. Tanahashi no doubt enters Dallas at a physical disadvantage thanks to an injured elbow which might be only approaching 100%, but could ‘knowing thine enemy’ make all the difference for the Ace? 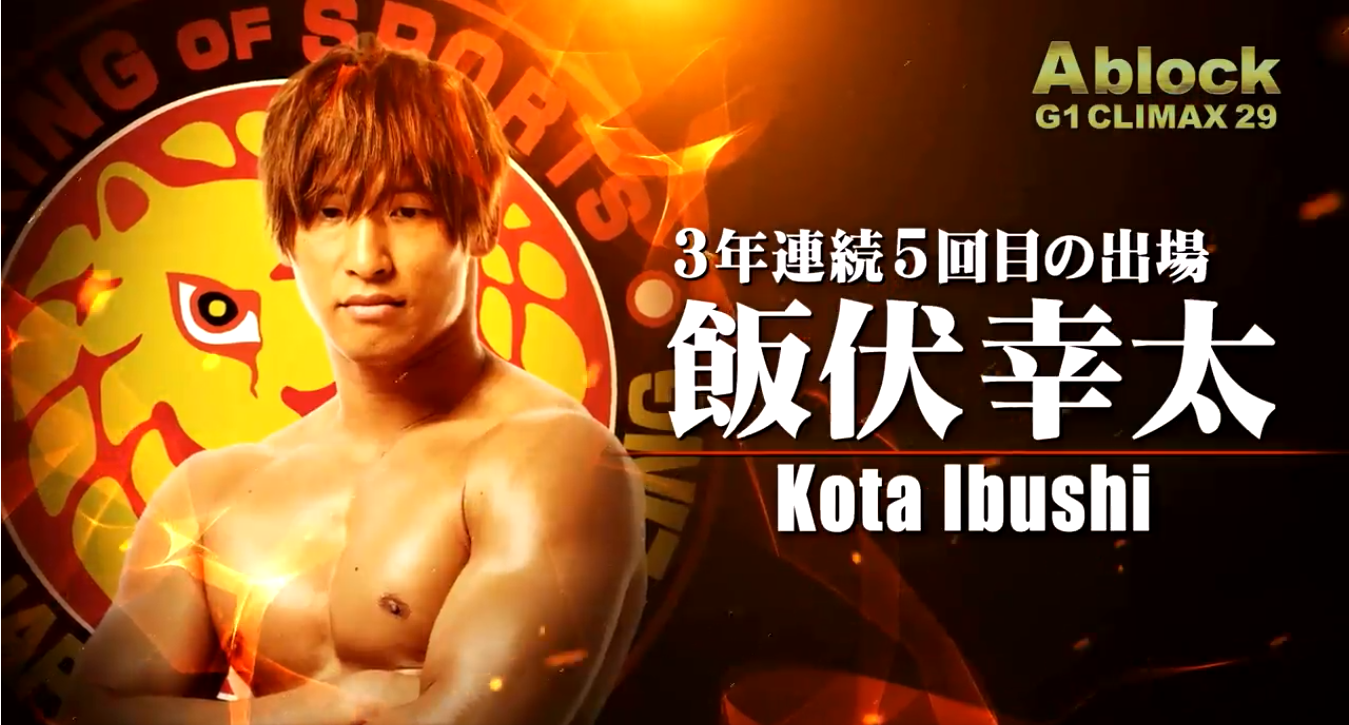 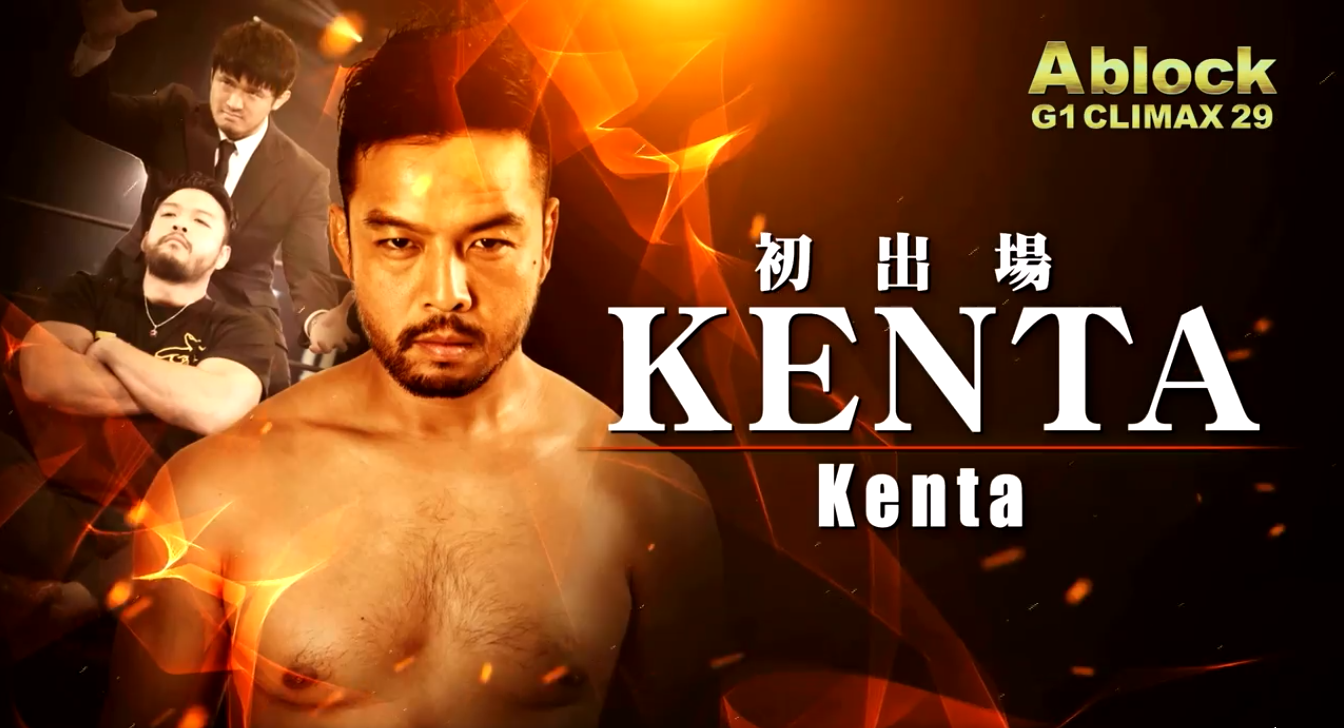 While Okada versus Tanahashi is somewhat of a known quantity as a dream match contested in America for the first time, Ibushi and KENTA is an unknown, and one that has curiosity and excitement piqued around the globe. KENTA set foot in an NJPW ring for the first time in 17 years on June 9 at Dominion and promised that he would bring his style of professional wrestling to the world when he entered the G1.

What does that mean? For those unfamiliar with KENTA, you can expect a barrage of high impact offense from the former Pro Wrestling NOAH ace, and one that has matured with an adaptability learned from his time in America. KENTA is straight ahead and powerful of foot, and that style that should merge in exciting and dramatic fashion with Ibushi’s own striking offense.

It was Katsuyori Shibata that presented a path for KENTA to wrestle in NJPW, and has no doubt been preparing the newcomer for his debut. Back in 2015, Shibata and Ibushi met in the G1 in a hard hitting war that really showed Ibushi’s kickboxing experience, but ultimately saw Shibata to victory. Who will secure their first two points in Dallas?

‘Strong Style is dead; long live Sabreism’. That was the proclamation made by ZSJ after he defeated YOSHI-HASHI in Sendai heading into his third G1 Climax. Bold indeed, but Zack Sabre Junior would only be further emboldened at the end of the week, as in June 29 in Manchester, he defeated SANADA in a RevPro event to successfully defend his Undisputed British Heavyweight Championship for the second time in a week.

That defeat would have doubtless stung for SANADA, but may have provided valuable lessons to learn from when it comes to grabbing two points in Dallas. SANADA has used the llave style of submission work, but has previous matches have shown, the Paradise Lock may not be the smartest move to go for. Rather SANADA might look to what brought him success in their thrilling G1 bout last year, where he won with a classical counter to ZSJ’s European clutch. Either way, he must remain on the move and avoid the ‘Windy Man”s clutches. 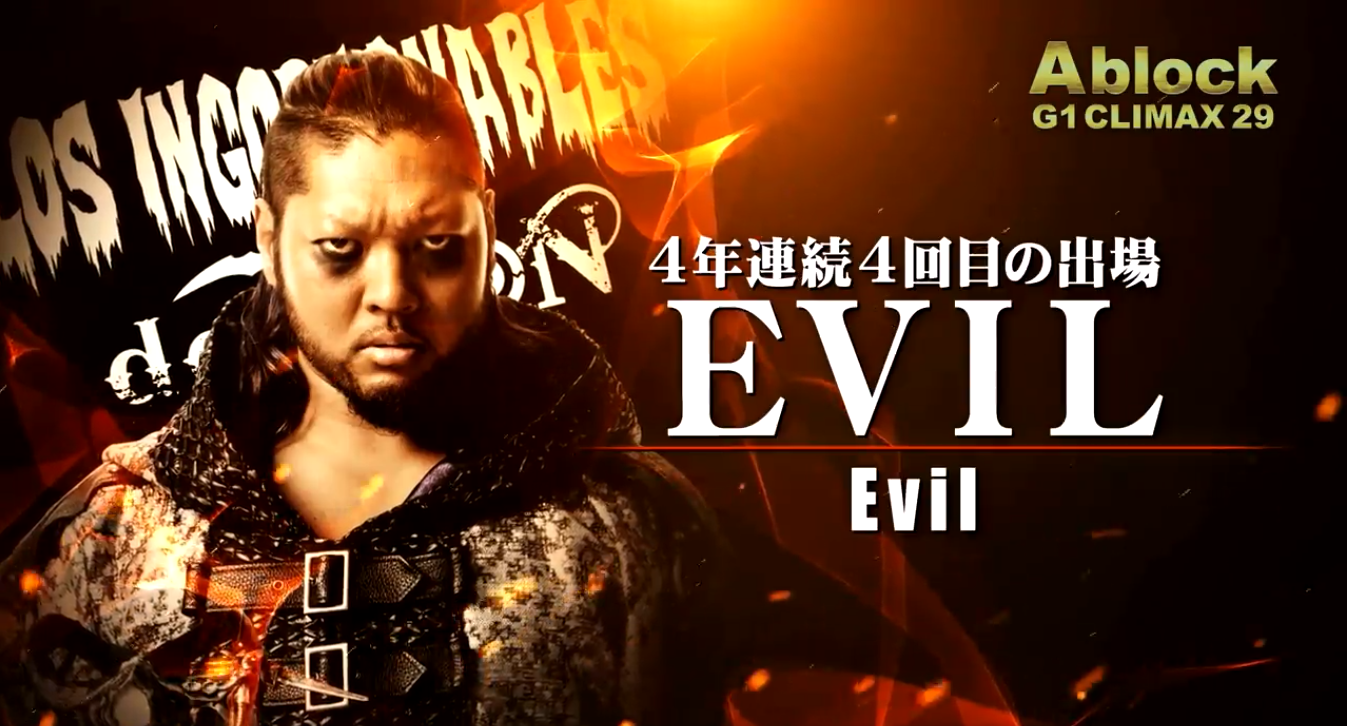 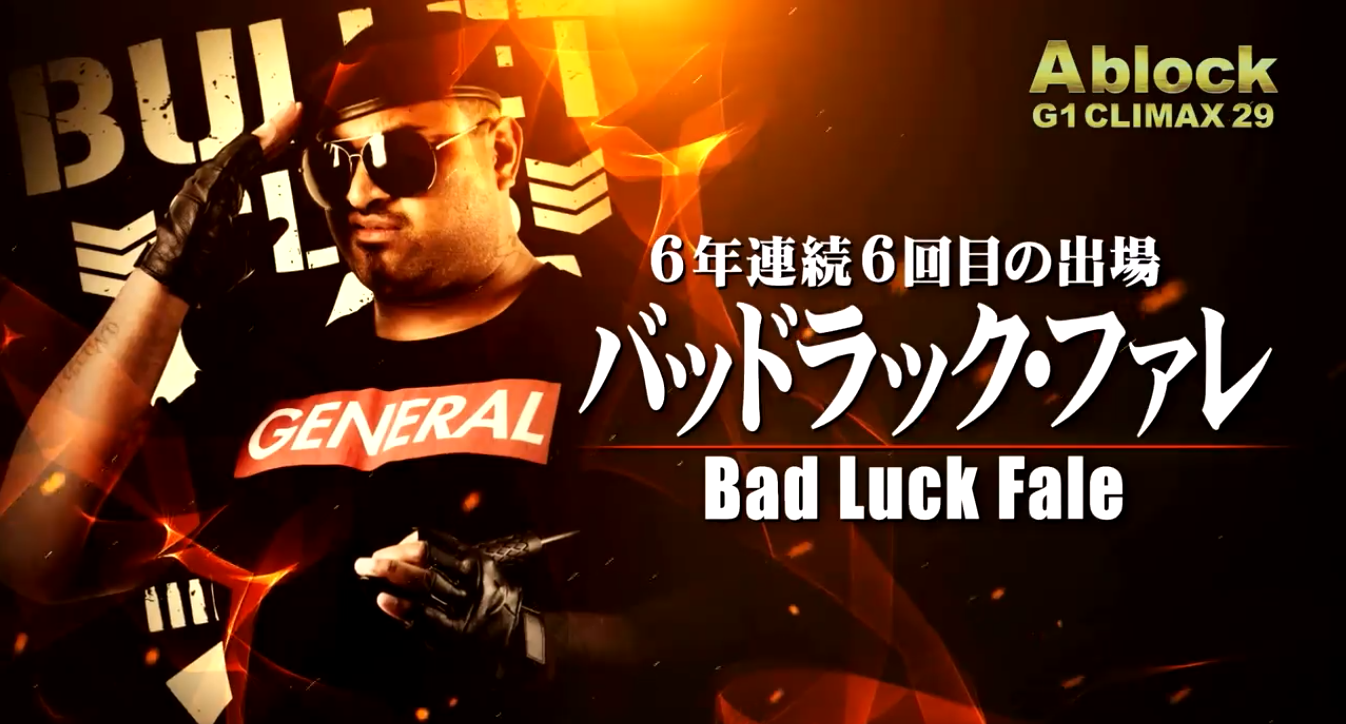 The one win EVIL has in two matches over Fale bears with it a significant asterisk; while EVIL did indeed beat Fale during last year’s G1 Climax, it was via disqualification, with the whole BULLET CLUB getting involved in proceedings. With Tama Tonga, Tanga Loa, Jay White and Chase Owens all present in Dallas, EVIL may have to spend a significant part of the match looking over his shoulder.

Should he do that though, he’d be missing the giant frame of Bad Luck Fale before him. Fale can hand a powerful loss to any given wrestler on the planet on any night of the week, including EVIL, in fact, in the 2017 New Japan Cup semi-final.  EVIL’s quest to enshroud the G1 Climax in darkness starts with a tough mountain to climb.

Lance Archer vs Will Ospreay 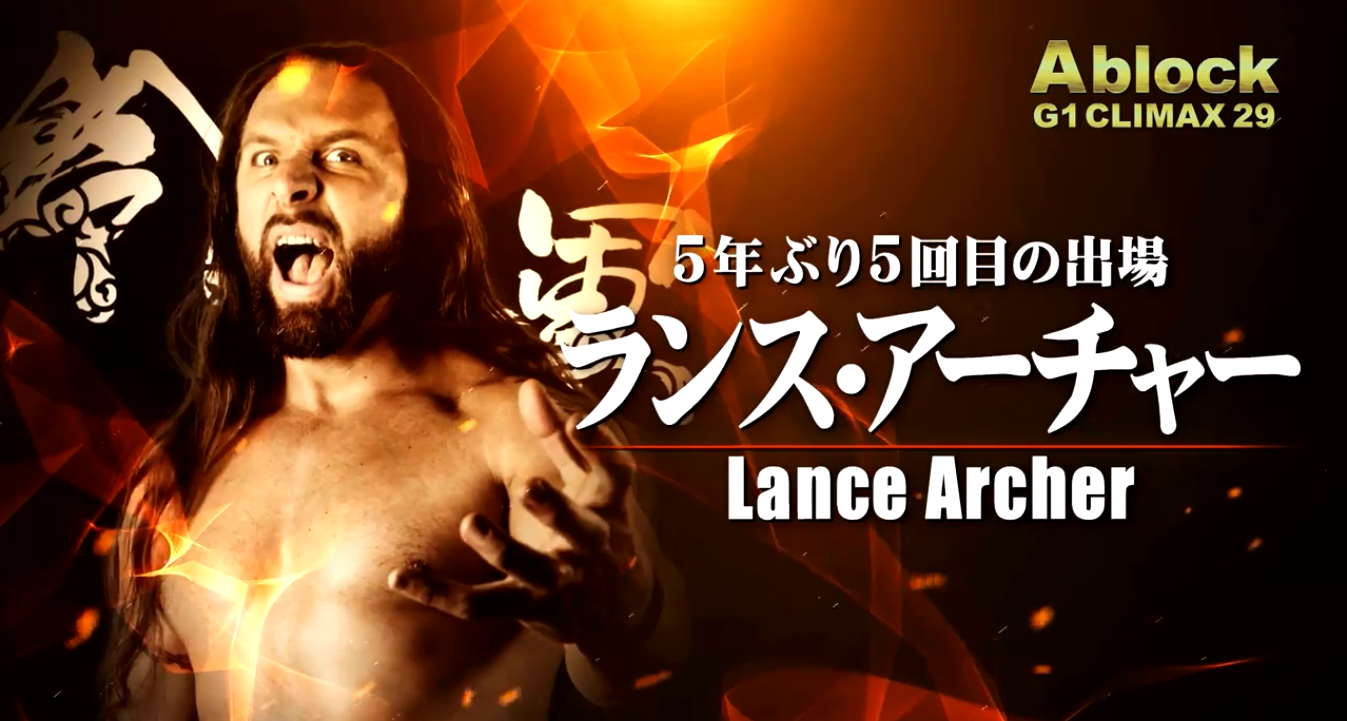 During the New Japan Cup, Will Ospreay faced a tall order indeed as he tackled the giant Lance Archer. Yet Ospreay would fell two giants in the cup, in the form of Bad Luck Fale and Archer himself. The Archer match in particular was a spectacular affair that had fans around the world buzzing and really helped cement Ospreay as a serious contender opposite the best heavyweights.

In the G1 however, it might be a different story. The even bigger stage of the American Airlines Center and the first night of the G1 adds pressure to both men; making things harder for Ospreay is that he’s taking on Archer in his home town of Dallas. While Archer sparks fear in every building he steps in around the world, he has a deep home connection with Texas, and that will motivate him further.

Then again, Ospreay is just days removed from one away game in Melbourne against Robbie Eagles, where he successfully defended his junior heavyweight gold. The Sky King may relish the extra challenge in store here.