After the Dallas kickoff, night two of the G1 sees the tournament head back to Japan, where a three day stretch sees two nights in the Ota region of Tokyo before heading to Hokkaido on Monday. Here’s what you can expect from the first night of B block action. 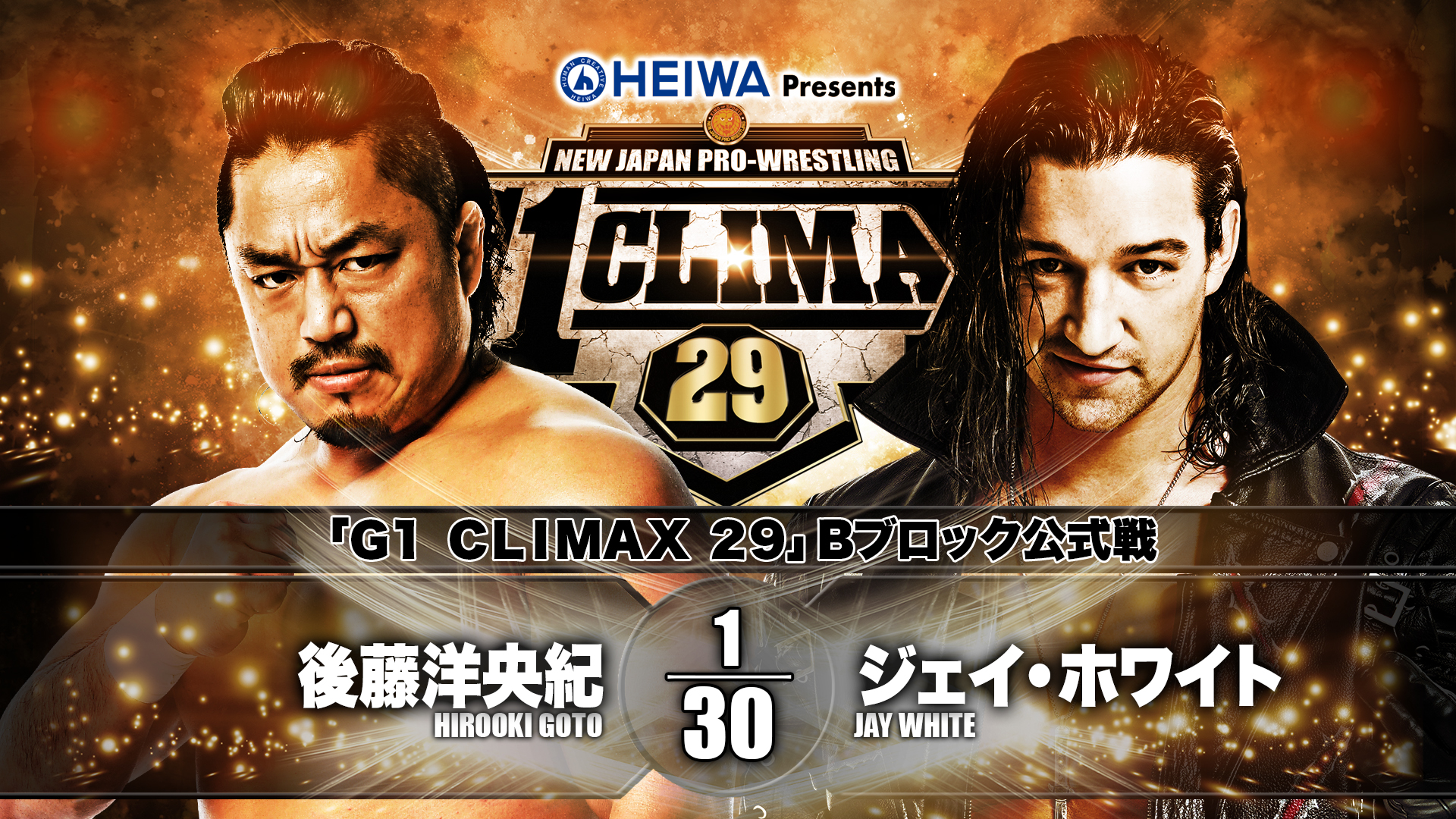 The main event in Ota Saturday sees a grudge match as Hirooki Goto will look to settle a huge score with Jay White. Prior to their match at Hi no Kuni, White never took Goto seriously as a contender. After defeating Goto, the Switchblade would call Goto ‘a disappointment’ to fans and even his family. Goto would take time to refocus in May and June and would train extensively with Katsuyori Shibata in LA, before his return to Japan as part of the G1 was met with a tremendous reception.

At the Kizuna Road tour closer in Sendai on June 25, White further mocked Goto, suggesting the ‘fierce warrior’ should follow Shibata’s lead and stay out of the ring. That drew the ire of Goto though, who made a shocking return, hitting an emphatic Ushigoroshi to Gedo and sending White scurrying from the ring. Goto is driven for personal revenge, perhaps even and above simply scoring two points in the tournament here. If he can use his rage to positive ends, he’ll be hard to stop, but White will look to take advantage of Goto’s tempestuous mental state. 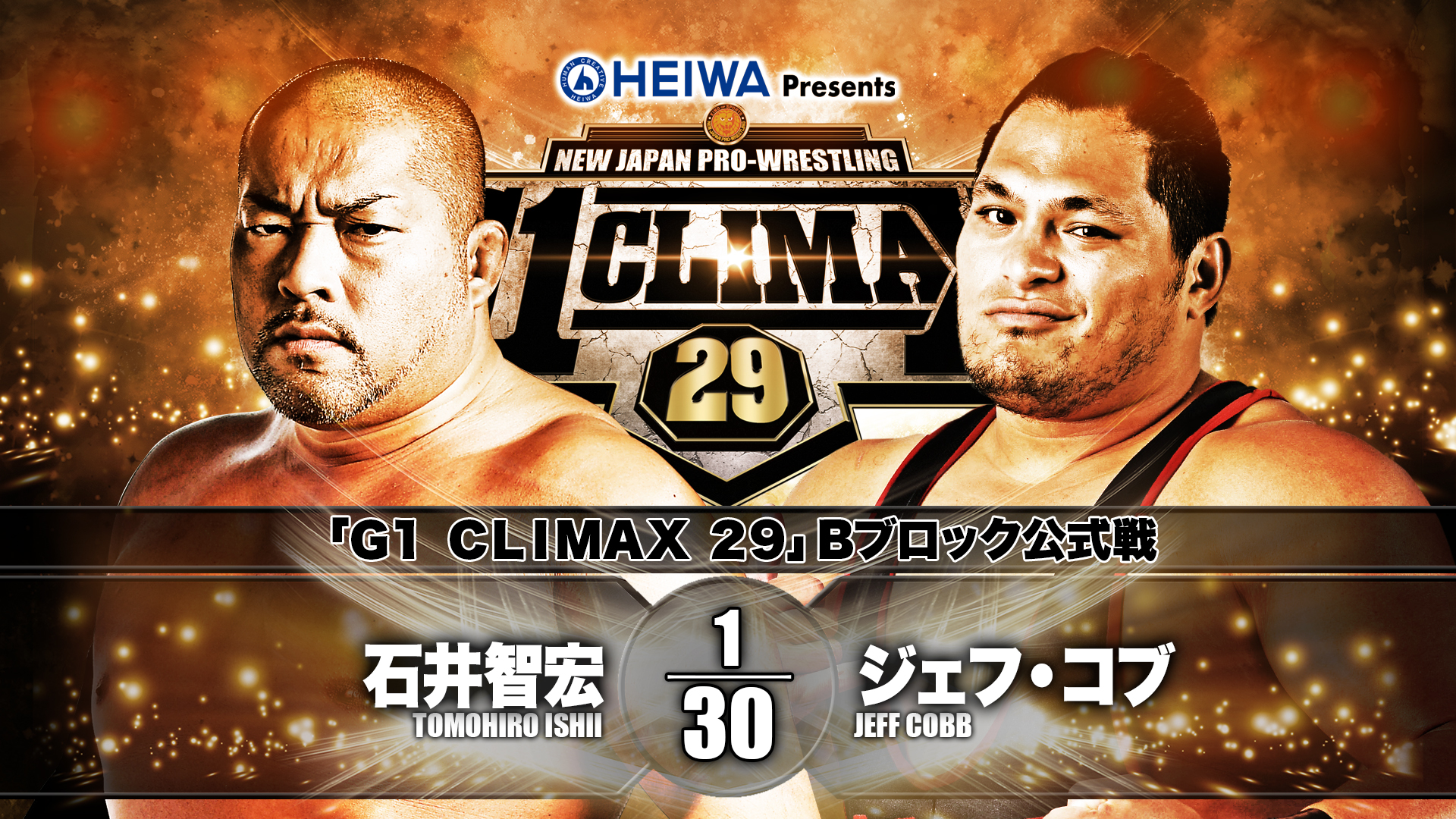 Jeff Cobb might have emerged from his Dallas tag match on July 6 with a bloody nose, but he also walked out with his hand raised, having given Shota Umino a Tour of the Islands. Post match he would make it known that not only does he want to make his mark on the G1 tournament out of the gate in Ota, but he also wants to leave his mark on Tomohiro Ishii; a mark that may move the NEVER Openweight Champion to put his belt on the line at a later date.

This is, unquestionably, what pundits will call a ‘hoss fight’ with two seemingly unstoppable forces charging like bulls. Outside of New Japan they have met twice, with Ishii up both times, but the G1 is a different prospect. What will happen when strikes meet suplexes July 13? 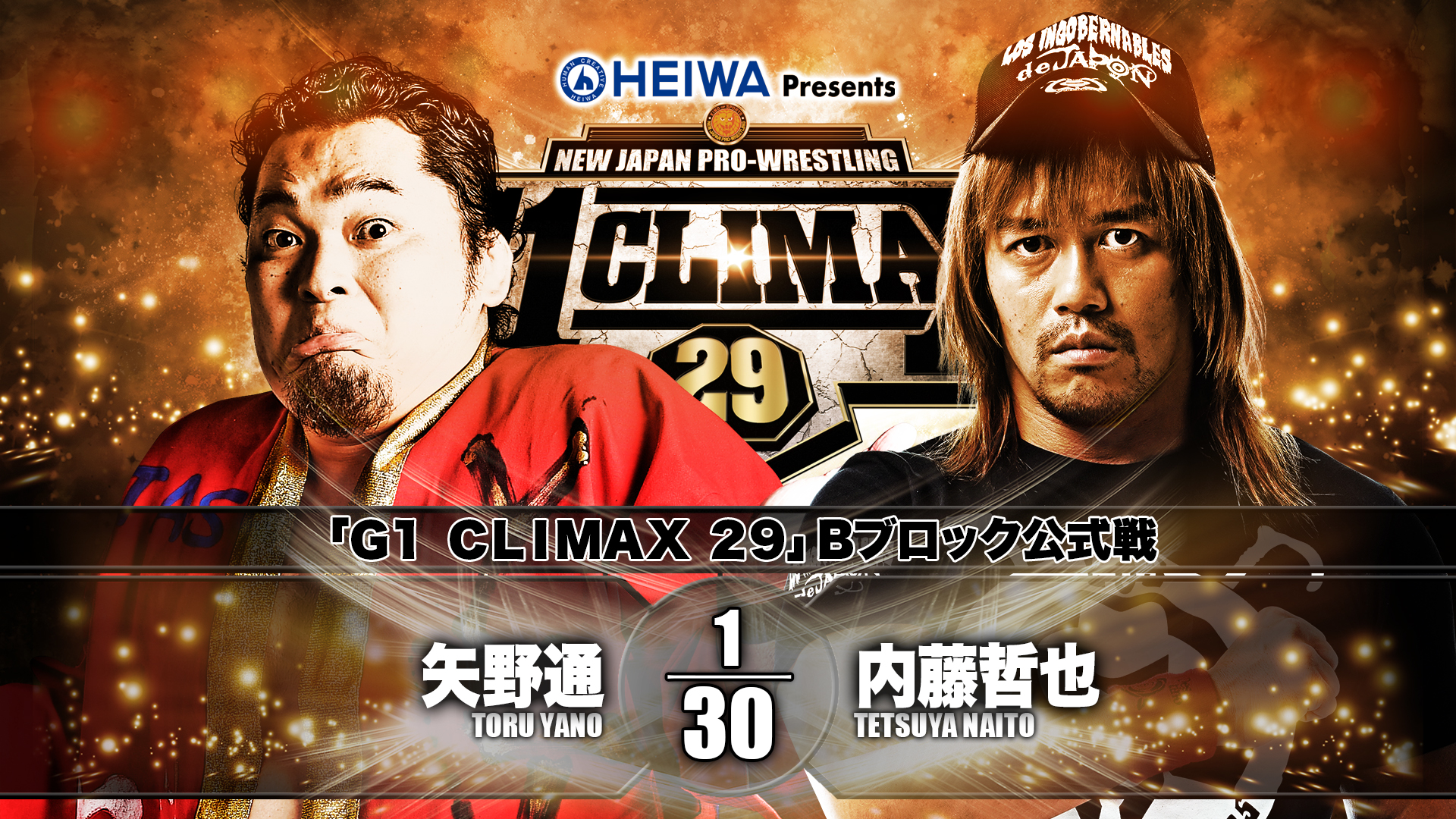 After his tag bout in Dalls, Naito went on to say that he looked forward to ‘playing in Yano’s world’ this Saturday in Ota. In recent years, playing in Yano’s world during the G1 has involved turnbuckle pad spankings, low blows, projectile spitting, abused officials, and being blinded by items of clothing. It’s also involved Naito being victorious, and if you include a 2016 New Japan Cup meeting in the equation, Naito has been undefeated in five singles meetings over the last six years against Yano.

The stats don’t exactly favour CHAOS’ master thief, especially when you factor in his G1 form. An entrant in every single G1 since 2005, Yano has nevertheless only won his opening match once, in 2014. That was against a formidable foe in Minoru Suzuki, but can he get over his opening match jinx against Naito? Yano can beat any individual on any given night, and now is the time to prove it. 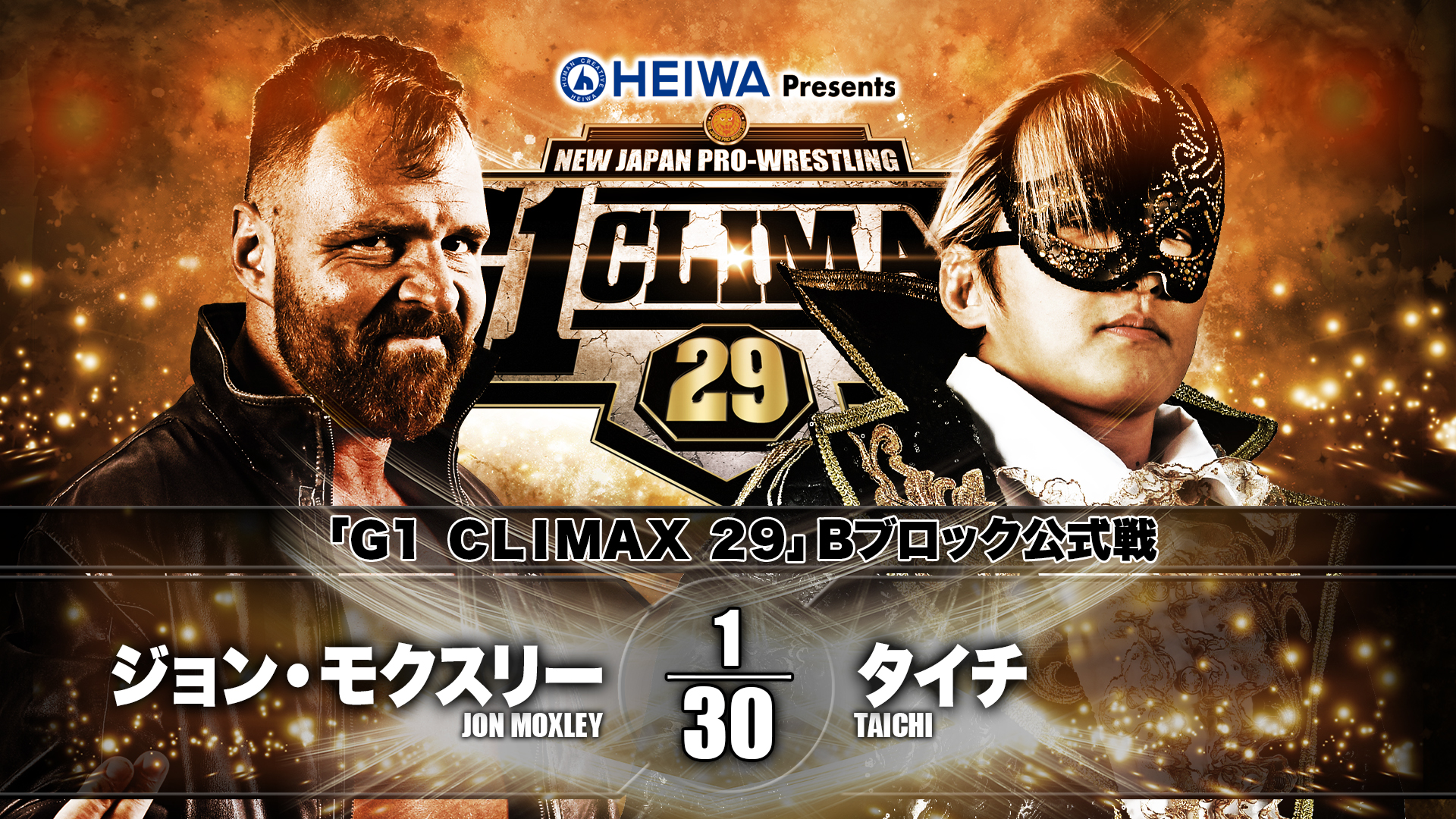 With all but one of his G1 bouts being a first time encounter, curiosity surrounds every single one of Jon Moxley’s tournament outings. His first match against Taichi is particularly unpredictable. Taichi has done everything he can to undermine Moxley, being particularly aggrieved by his non-appearance at the Dallas tournament opener or press conference. This, Taichi says, is unfair preferential treatment for a star name but one Taichi sees as ‘just a guy’.

One would expect that translated word has found the ears of Moxley, and the man who describes himself as the ‘international purveyor of violence’ will be looking to make an example of Taichi in Ota. That said, while Moxley fights violent and dirty, he is facing a man with more than a few dirty tricks up his sleeve. Taichi’s sneaky tactics may be the key to an opening victory for the ‘Holy Emperor’. 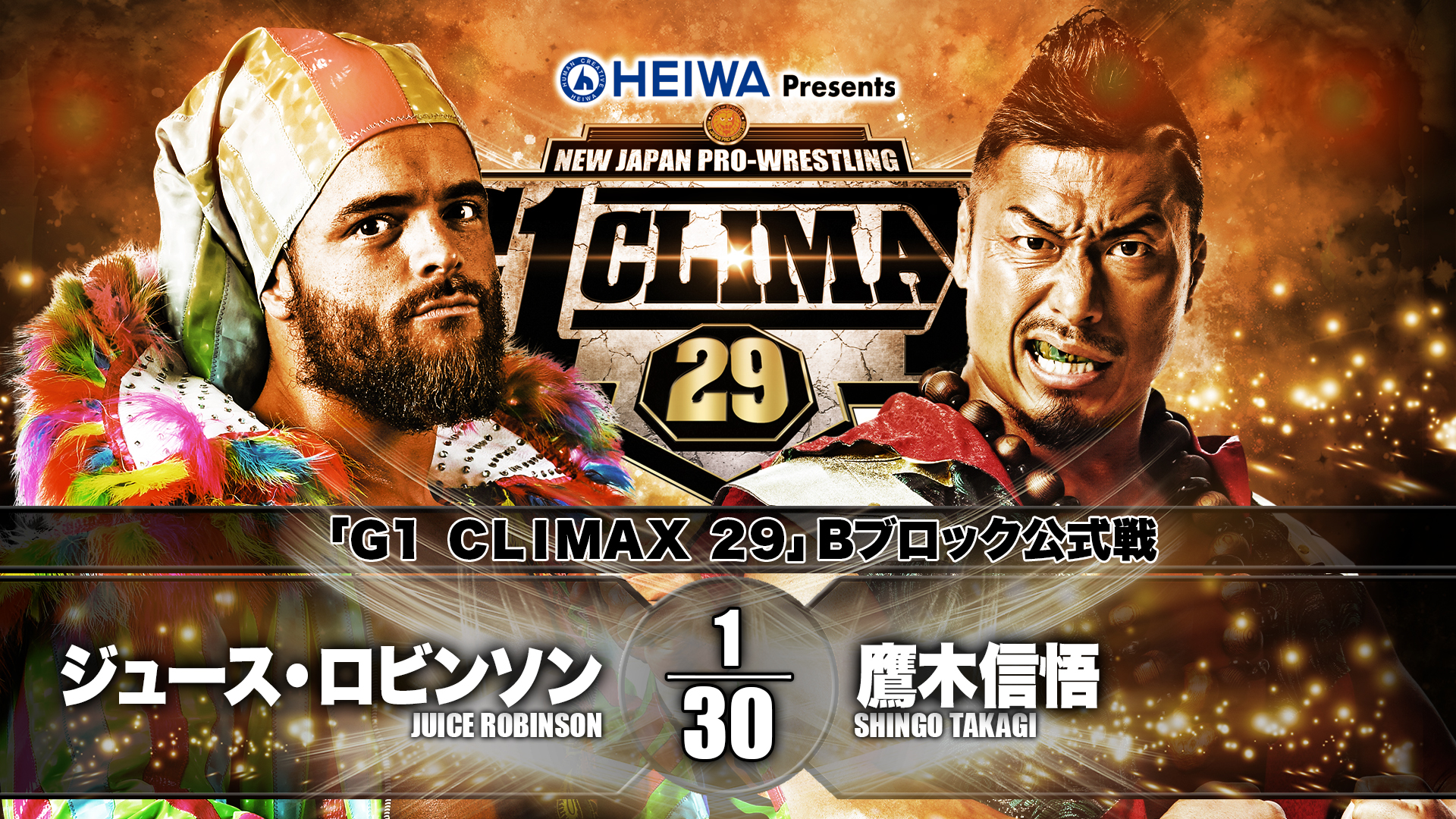 Ever since being dealt his first loss by Will Ospreay in the Best of the Super Juniors final, Shingo Takagi has been testing himself in the run up to the G1. That means not just testing his arm, which was strengthened and used to defeat Satoshi Kojima back at Dominion, but also testing his jaw. It’s not just the hits he’s dealing that will be tough this summer, but the hits he’s receiving.

From Juice, that means the Left Hand of God, which left Shingo reeling after Dallas. Takagi has a mean jab of his own, and that combines with the Pumping Bomber. Yet will he be successful in using these heavy hits against heavyweight competition? Robinson is the largest opponent Takagi has faced thus far in NJPW, and as such presents a tough test.