The G1 Climax is now officially underway, after a great first night in Dallas on July 6. It’s no surprise that the historic opening day was the topic on everybody’s minds (and typing thumbs) this week. 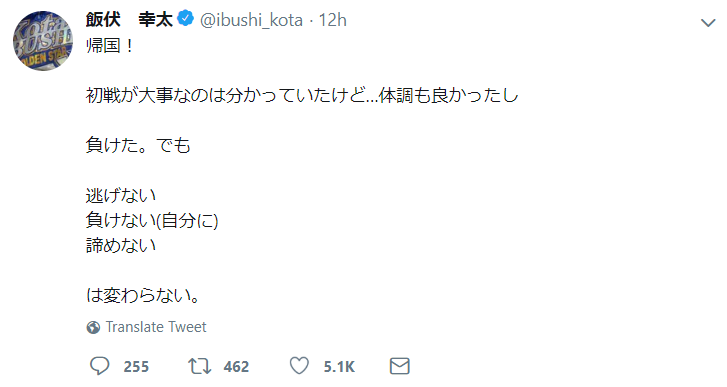 Ibushi lost his first group match against KENTA, who made a hugely impressive G1 debut. On returning home to Japan, Ibushi would state ‘I’m home! The first match is so important, and I was feeling great going in. I lost. But I’m not going anywhere. I’m not losing (to myself at least) and I’m not going to quit. Nothing’s changed’

Hiroshi Tanahashi would also have to be philosophical on his return to Japan, having lost his opening bout to Kazuchika Okada.  In his post match comments, Tanahashi lamented that Okada was now on a level above the Ace, but he could console himself with having managed to pull the number one ranking in Sports Graphic Number magazine’s annual pro wrestling poll. 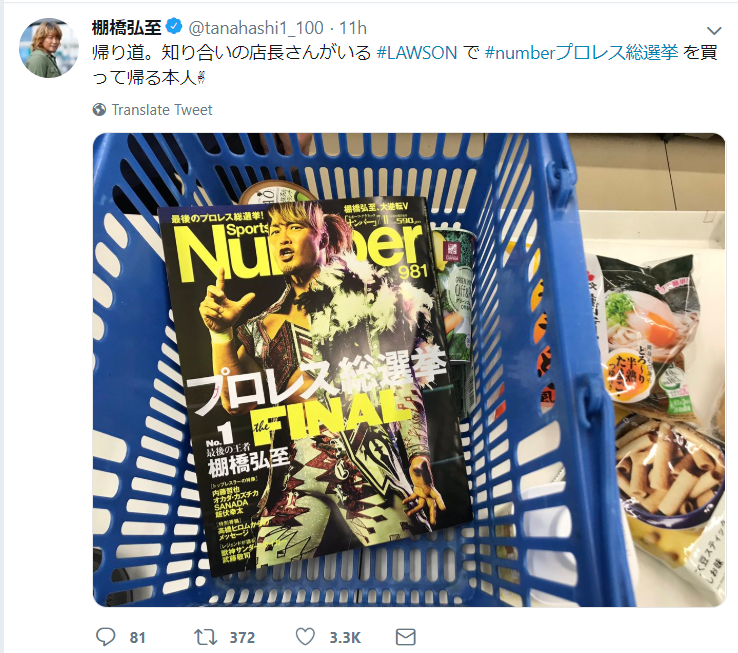 ‘On my way home, I stopped by the convenience store I happen to know the manager of. I picked up my own Graphic Number winner’s issue..’

On the first match of Dallas’ historic card, Roppongi 3K pushed the IWGP Tag Team Champions Guerrillas of Destiny hard. After travel issues affected his Melbourne appearance, SHO wanted to let the fans know he was safely in Dallas… or is this YOH? 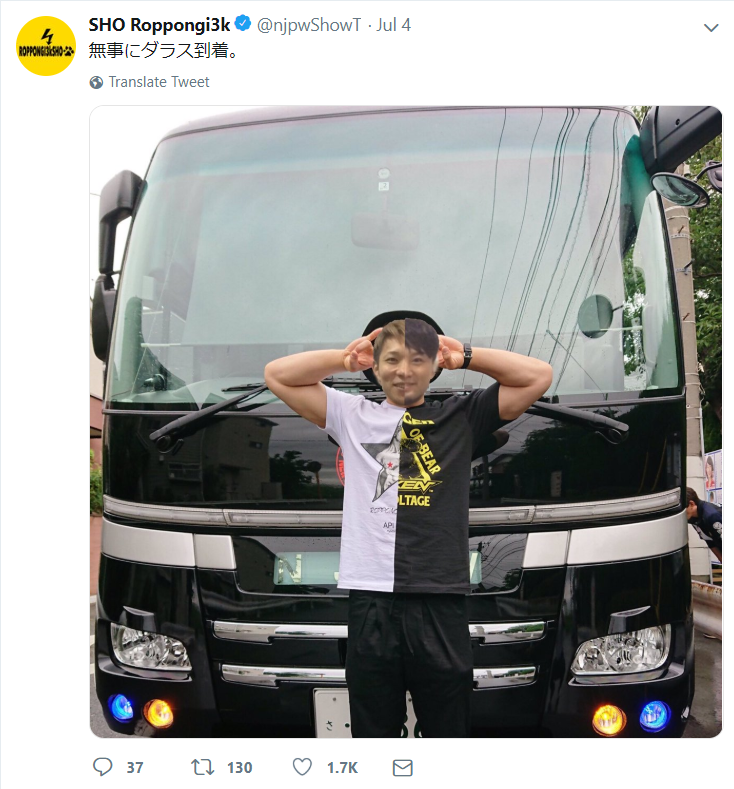 Shingo Takagi was also part of the G1 opening day, and though the Los Ingobernables De Japon trio of he, Tetsuya Naito and BUSHI were on the losing end of their six man tag, Shingo made a mark. Afterwards he’d write ‘Dallas is over. Like a dragon, I’m getting fired up’ 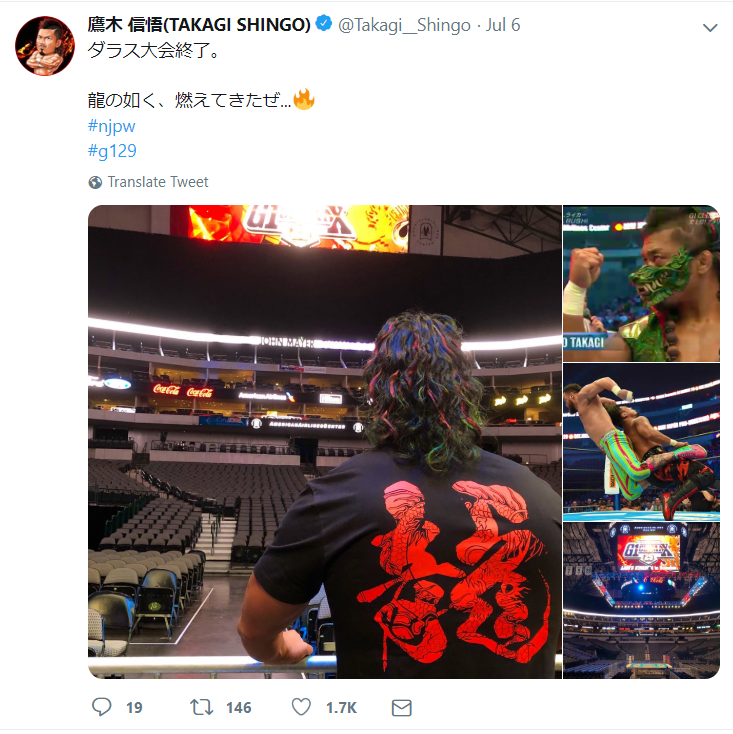 Taichi was at more of a loose end in Dallas. Part of the press conference on July 5, he was not on the card in the American Airlines Center thanks to the absence of his July 13 opponent Jon Moxley. Taichi wuld throw some vitriol at Moxley at the press conference and was in a foul mood all week. 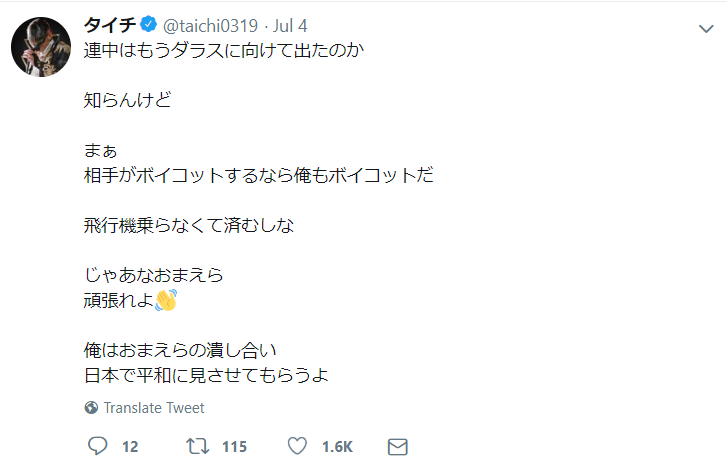 Before the weekend, Taichi would state ‘I don’t know whether everyone else is on their way to Dallas, but if my opponent is boycotting, I’m boycotting. I’m not getting on the plane. See you guys, good luck! I’ll gladly show you all how you’ll get crushed back in Japan!’ 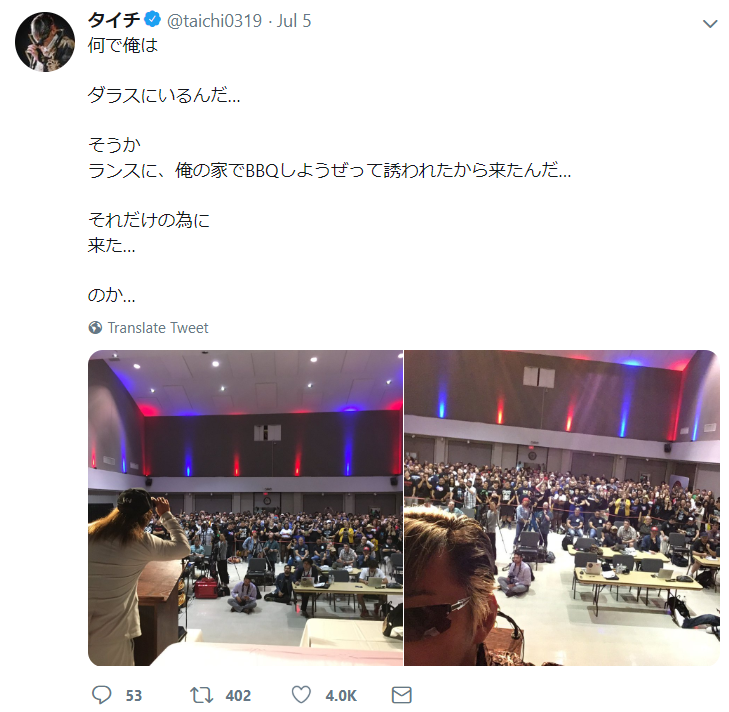 Taichi did end up making that flight, but was still playing things cool. ‘Why did I come to Dallas? Oh, yeah, that’s right, because Lance Archer invited me to his place for barbecue. That’s it or…’

Or…? Was it also to lob some harsh barbs to Moxley at the press conference? Taichi enjoys poking the bear, and we’ll see what happens as a result this Saturday.

Meanwhile, one person who didn’t make the flight was Minoru Suzuki. Suzuki isn’t part of the G1 tournament, but is on cards when the Japanese leg of the tour starts, and vows to wreak havoc.

‘I want to get stronger. Stronger than anyone…’ What would look like a motivational, positive post at the hands of most turns into an intimidating promise when the King gets involved…