The full card for Royal Quest on August 31 in London’s Copper Box has been revealed, and it’s a spectacular event top to bottom!

Very limited Upper Bowl A and Upper Bowl B tickets remain! Get yours now from See Tickets or Gigantic! 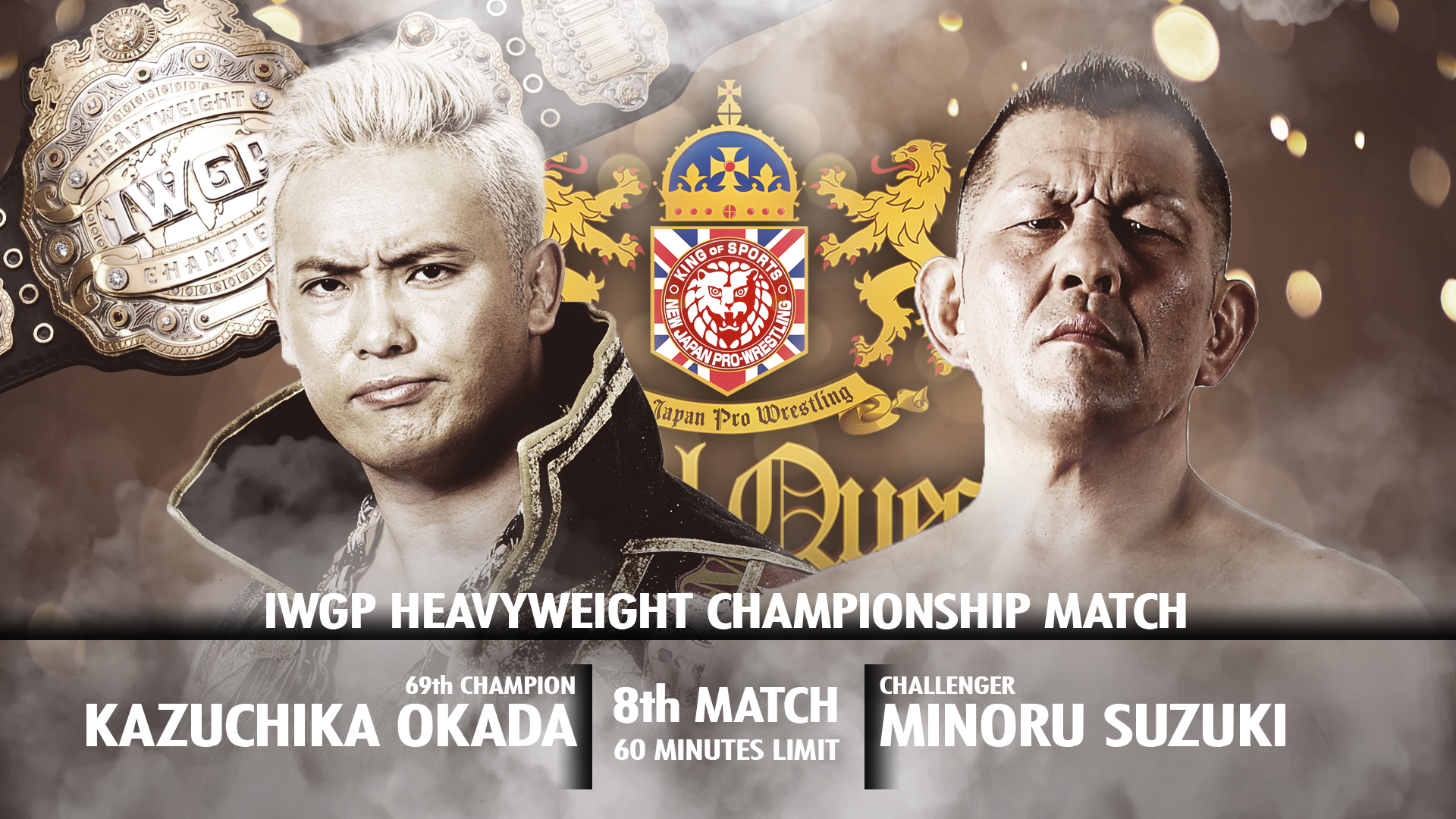 In the main event at the Copper Box, IWGP Heavyweight Champion Kazuchika Okada faces the challenge of Minoru Suzuki. Suzuki found himself out of the G1 Climax 29 field, and reacted with furious anger during the Kizuna Road tour. As the G1 started, he was vicious in the ring and eerily silent for most of the tour, only speaking to send an ominous threat: ‘when everybody goes on their summer vacation, my summer will just be getting started’. On August 12 in the Budokan, Suzuki found himself tagging with Zack Sabre Junior against Okada and Hiroshi Tanahashi. Suzuki delivered a crushing Gotch Style Piledriver to Okada and revealed his intentions. ‘Isn’t it embarrassing for the IWGP Heavyweight Champion to be pinned by a guy who wasn’t even allowed in the G1?’ Suzuki would jeer before demanding he be given an opportunity at the title.

That opportunity will come August 31, and a hard fought rivalry will continue. While last year’s G1 Climax saw Okada score a victory over Suzuki in 18 minutes, these two warriors typically have a much harder path to victory over one another. In Yokohama in the pouring rain on June 23 2018, Suzuki and Okada had a famous 30 minute Draw in the Downpour, and in G1 2017 again had a 30 minute draw. That followed the last time Suzuki challenged for the IWGP Heavyweight Championship in February 2017, a match that went an epic 40 minutes and 46 seconds after Okada came dangerously close to breaking the IWGP Heavyweight Champion’s arm. Could Suzuki capture his first ever IWGP title in London at the Copper Box? 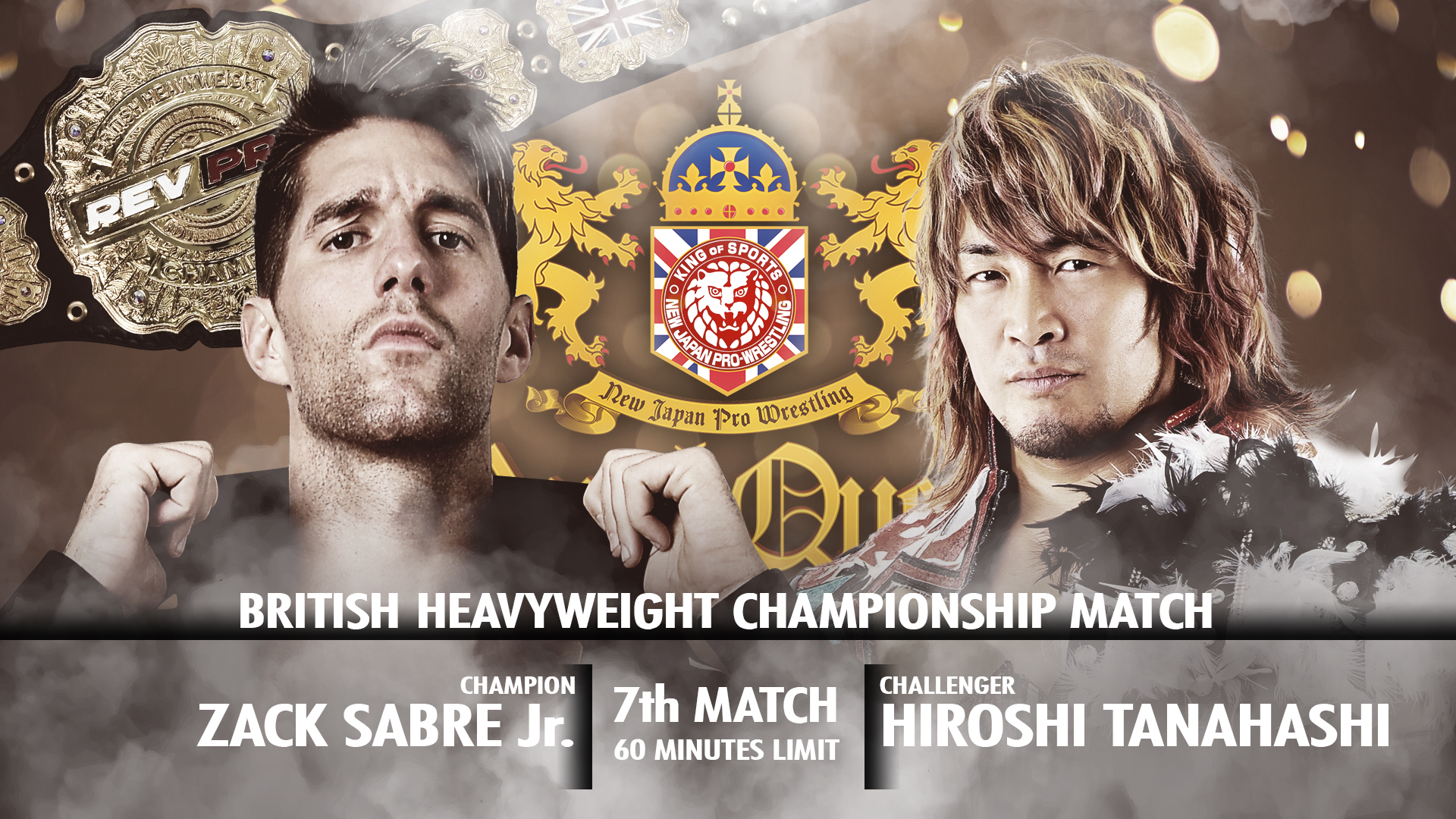 In the semi main event, Zack Sabre Junior puts the RevPro Undisputed British Heavyweight Championship on the line against Hiroshi Tanahashi. When ZSJ defended his title against The Ace at Madison Square Garden, he would injure Tanahashi’s elbow, putting him on the shelf until June 5. That gave Sabre a wealth of confidence going into their G1 Climax match in Korakuen Hall, but Tanahashi would out maneuver the British technical wizard, scoring a flash pinfall. Then in the Budokan on Sunday August 11, Tanahashi again pinned Zack in a tag team bout. A furious ZSJ would vow to show his superiority over Tanahashi once and for all on home turf in the Copper Box, but is Tanahashi’s momentum too much to overcome? 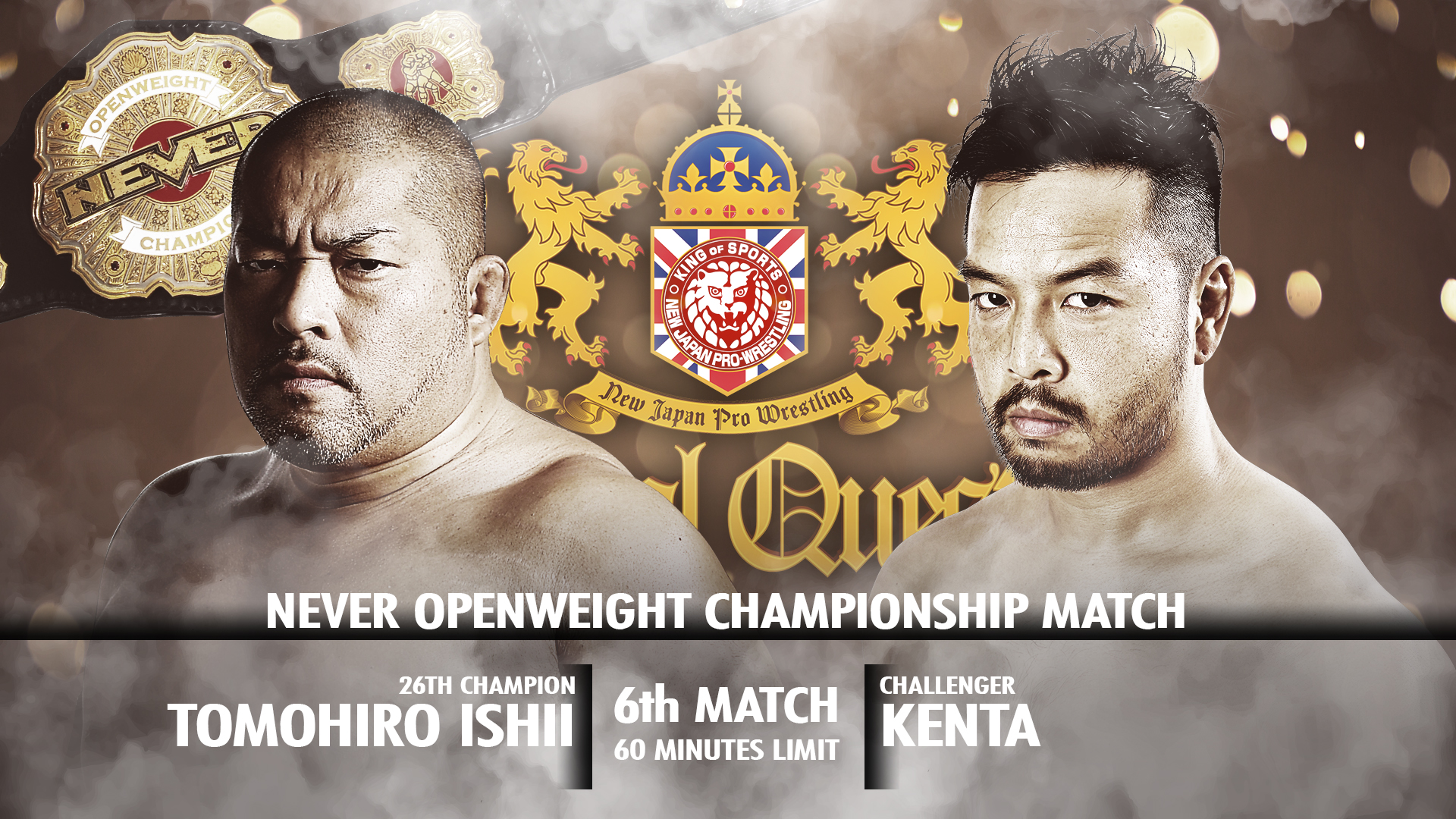 The sixth match of the evening sees KENTA challenge NEVER Openweight Champion Tomhiro Ishii. Shocking scenes emerged from the Nippon Budokan on August 12, as in a tag team match with KENTA, Ishii and YOSHI-HASHI against the BULLET CLUB trio of Tama Tonga, Tanga Loa and Bad Luck Fale, KENTA dropped down from the apron and refused a tag from Ishii. KENTA would then deliver a thunderous Go2Sleep to Ishii, as boos thundered down from the Budokan faithful. After BULLET CLUB got the win, KENTA’s close personal friend Katsuyori Shibata demanded answers. The crowd exploded as the two came to blows, and while Shibata got an early upper hand, as a non-active wrestler he had no realistic chance. KENTA would deliver a mocking PK to Shibata and then in a disgusting display, posed cross-legged atop the LA Dojo master, cementing his entry into BULLET CLUB.

Ishii was fast to demand revenge against KENTA, and is willing to put the NEVER title on the line if it means getting his hands on the newest BC member. The Copper Box will doubtless see a wild and vicious fight on August 31. 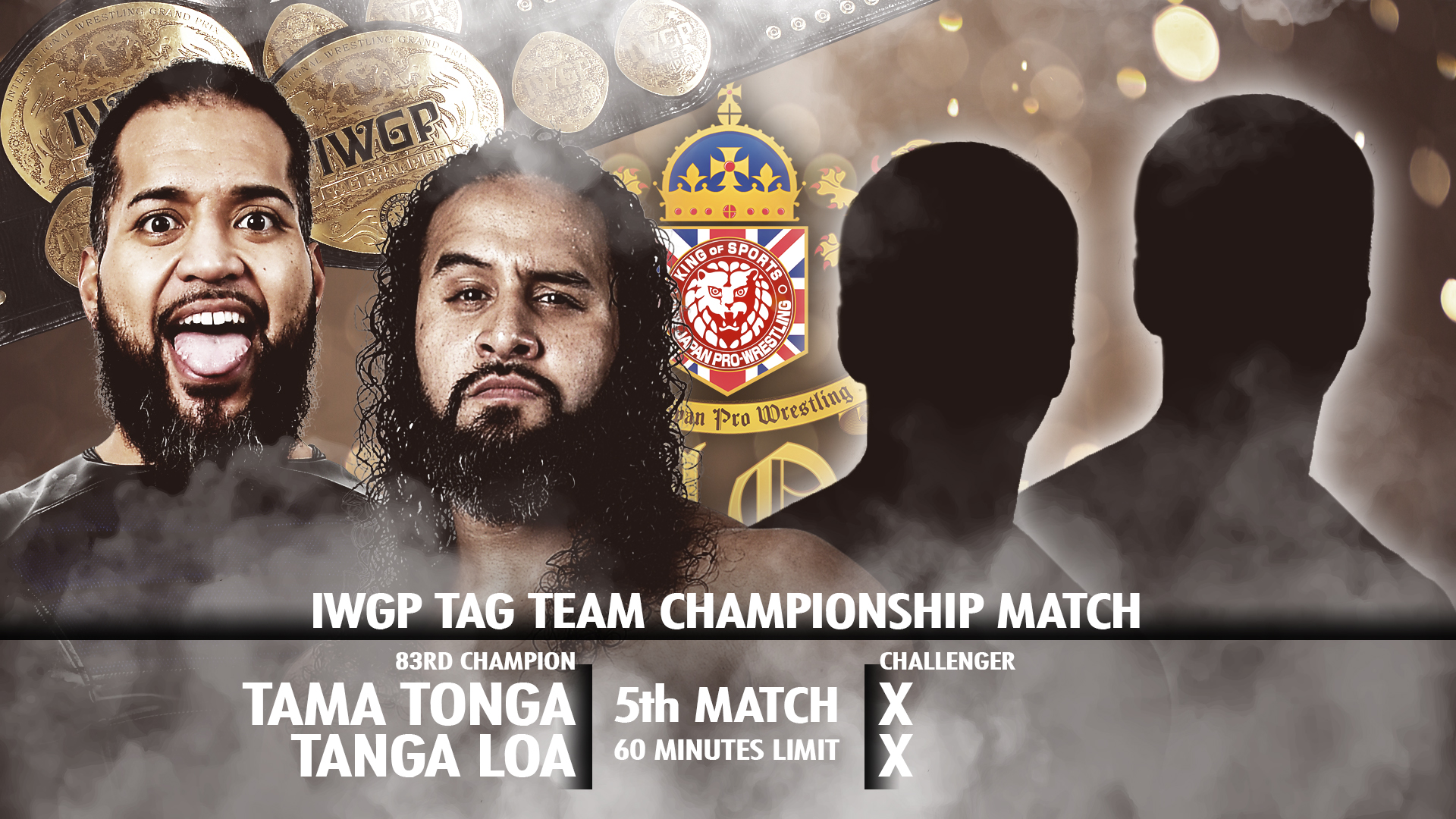 In the fifth match of the evening, IWGP Tag Team Champions the Guerrillas of Destiny will defend their titles for the first time against opponents yet to be revealed. Revolution Pro are currently staging the ‘Road to Royal Quest Tag Team Tournament’; a single elimination tag tournament with the prize for the winners being an opportunity at GoD in the Copper Box.

The tournament finals will take place on August 30 in York Hall at RevPro’s Summer Sizzler event. Will it be Aussie Open, or Sha Samuels and Josh Bodom who will emerge as the team to face the IWGP champions? 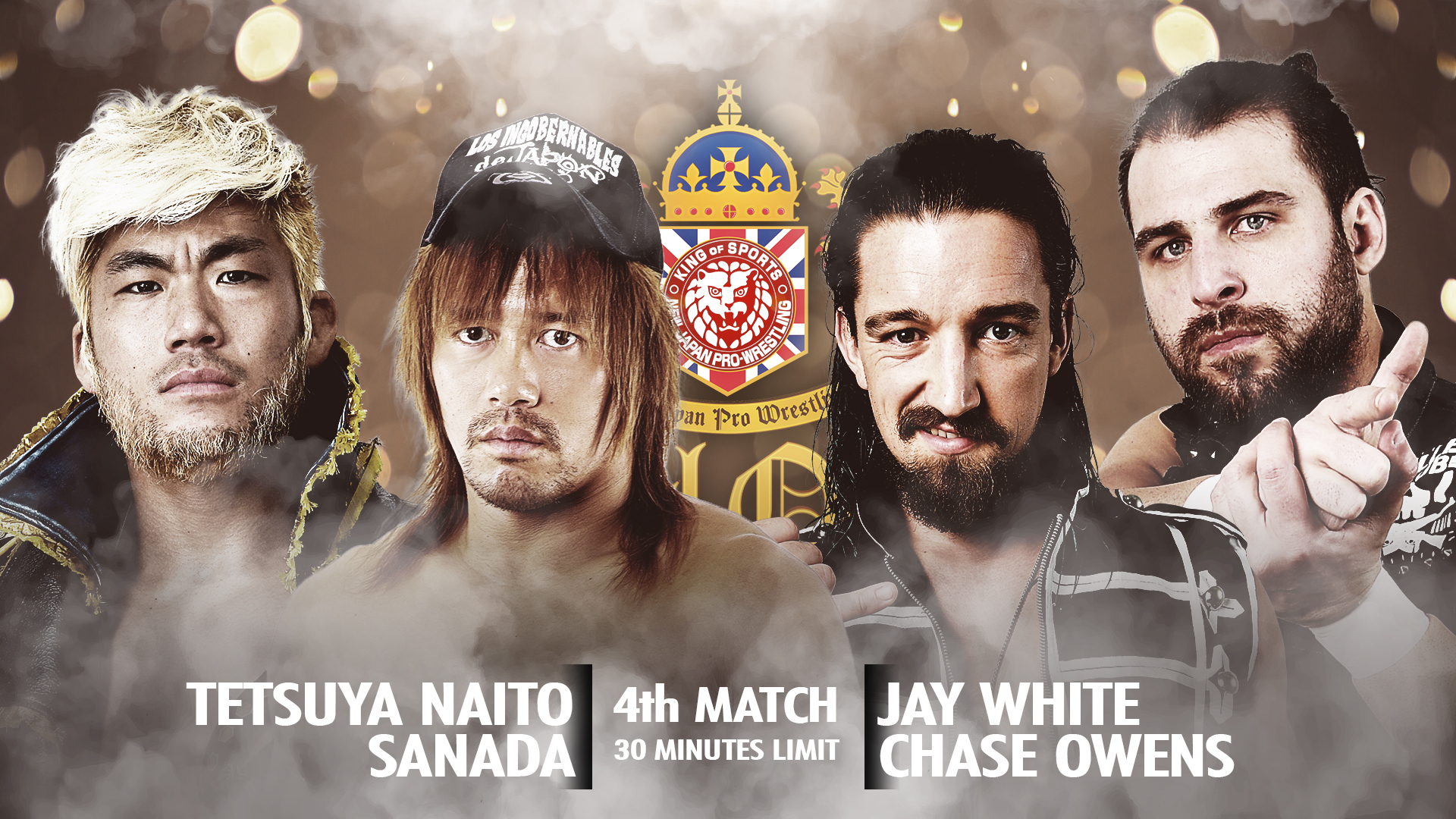 SANADA and Tetsuya Naito will face Chase Owens and Jay White in the fourth match of the card. Despite not being entered into the tournament proper, Chase Owens had an impressive showing in G1 Climax 29, with several opponents falling to his Package Piledriver. In the tournament itself, Jay White was awesome. With or without interference from Gedo, he racked up a six match winning streak to make the finals, including getting a win over Los Ingobernables De Japon leader Tetsuya Naito to near overwhelming hate from the Budokan audience.

White was not able to win the G1 Climax itself, but remained convinced that Naito was part of his ‘destino’. In Long Beach on August 25, White attacked Naito and declared that he was the one to take the IWGP Intercontinental Championship, and go on to become a double champion by winning the Heavyweight Championship to boot. That led to a title match being made on September 22, at Destruction in Kobe.

Naito will have a chance at revenge over White in London as he teams up with SANADA. Cold Skull SANADA had his own successes during the G1, including a huge victory over IWGP Heavyweight Champion Okada. He will look to keep his momentum going strong in London. 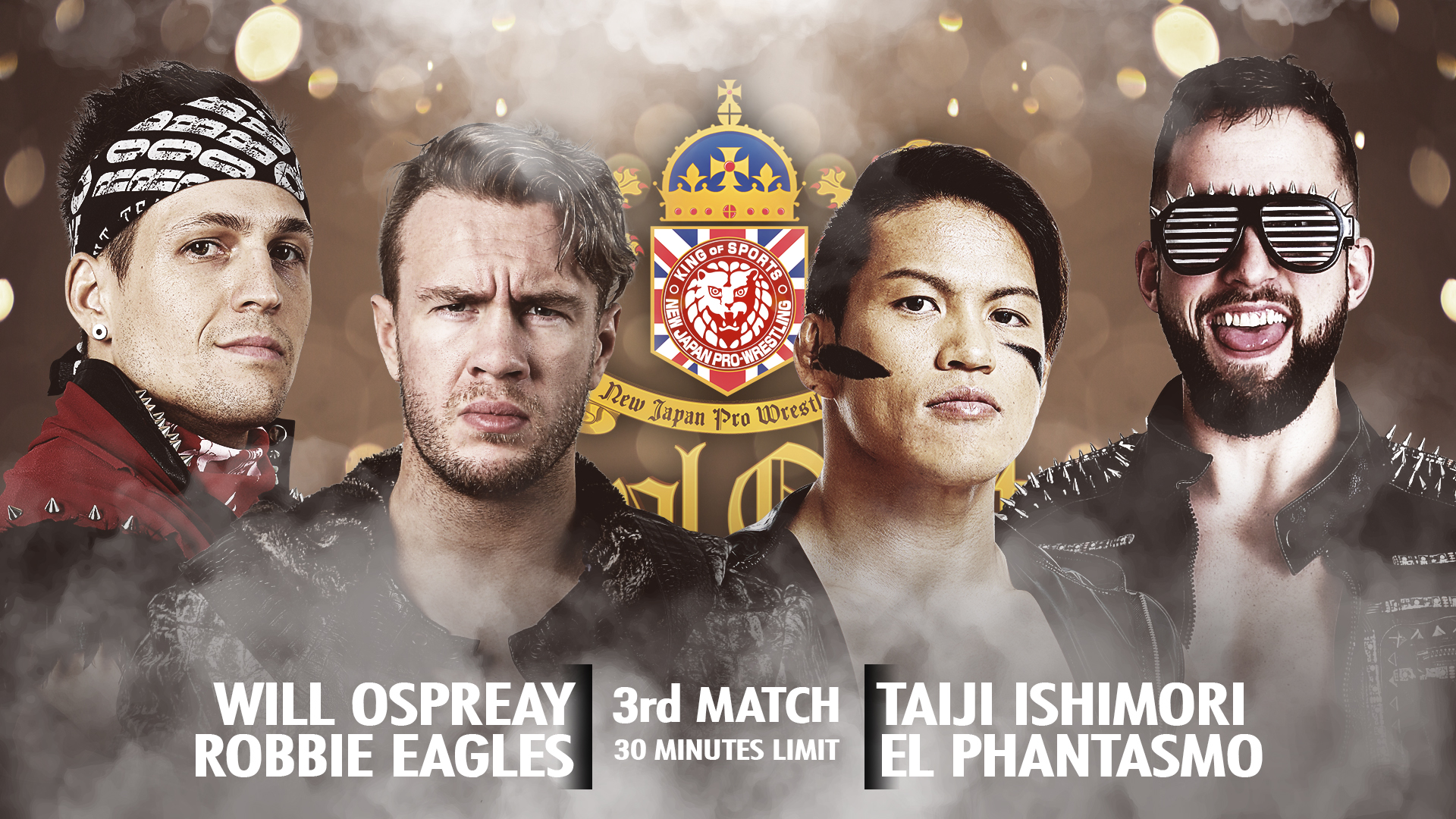 In the third match of the evening, Robbie Eagles and Will Ospreay will team up against IWGP Junior Heavyweight Tag Team Champions El Phantasmo and Taiji Ishimori in a non-title match. At Southern Showdown in Melbourne, Eagles finally had enough of ELP, and struck his BULLET CLUB teammate, before officially leaving the group and joining CHAOS the next night in Sydney. Now a dream junior heavyweight team faces the tag champions; a non-title victory could well lead to gold down the road for this Commonwealth Combination. 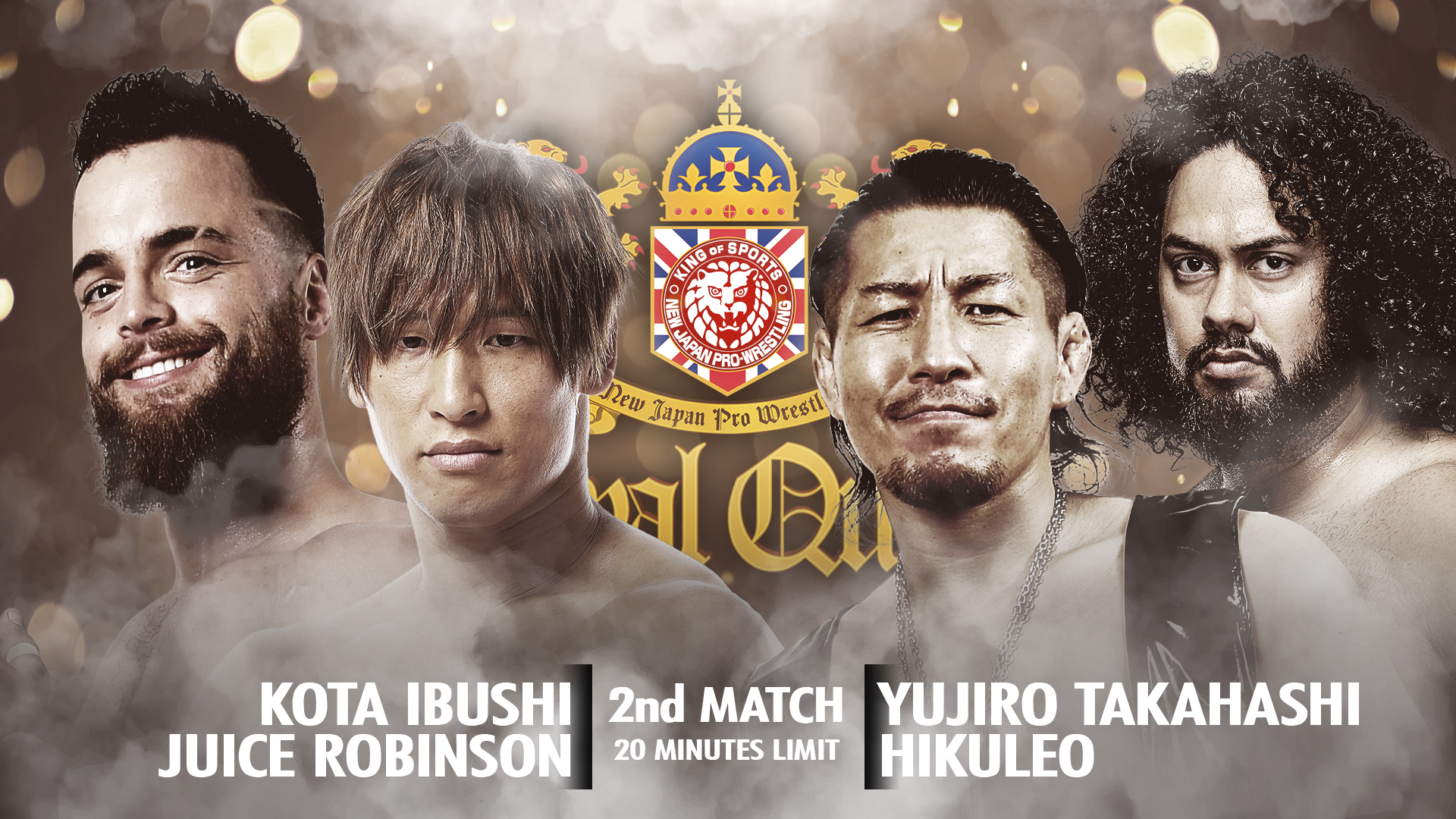 Juice Robinson and G1 Climax 29 winner Kota Ibushi will face Hikuleo and Yujiro Takahashi of BULLET CLUB in the second match of the night. Robinson currently has his thoughts fixed on a potential match with IWGP United States Champion Jon Moxley sooner rather than later. As G1 winner, Ibushi definitely has eyes on the ultimate prize of the IWGP Heavyweight Championship at the Tokyo Dome. Neither can afford to overlook their BULLET CLUB opponents however, as Yujiro teams with a Hikuleo currently on British excursion. 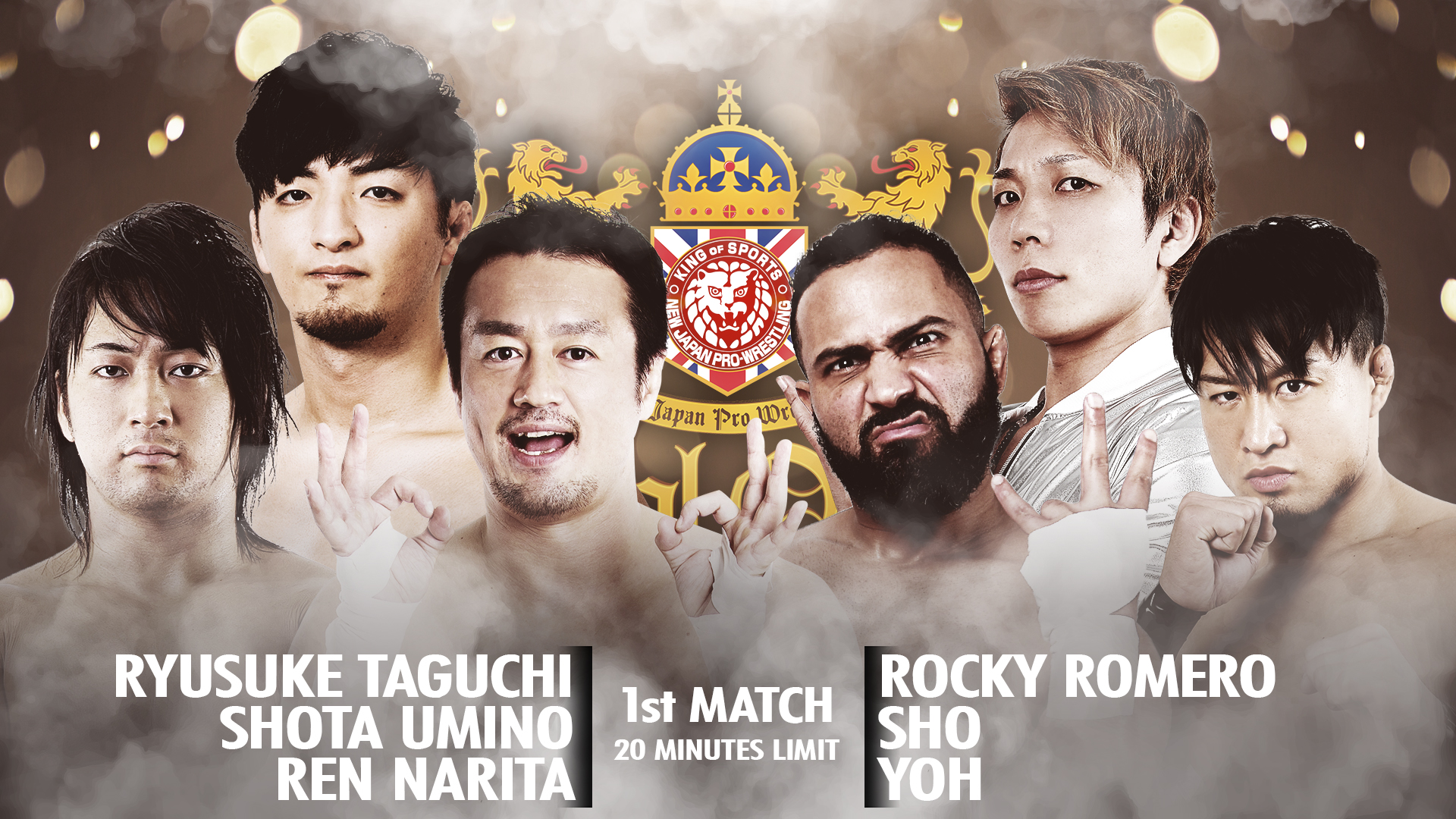 In the opening match of the night, Ren Narita, Shota Umino and Ryusuke Taguchi face a Roppongi 3K trio of SHO, YOH and Rocky Romero. Four of these six will be coming off of grueling competition in the Super J-Cup. Meanwhile, Narita and Umino will be looking to make their mark, as competition seems to be growing ever hotter between the Young Lions.