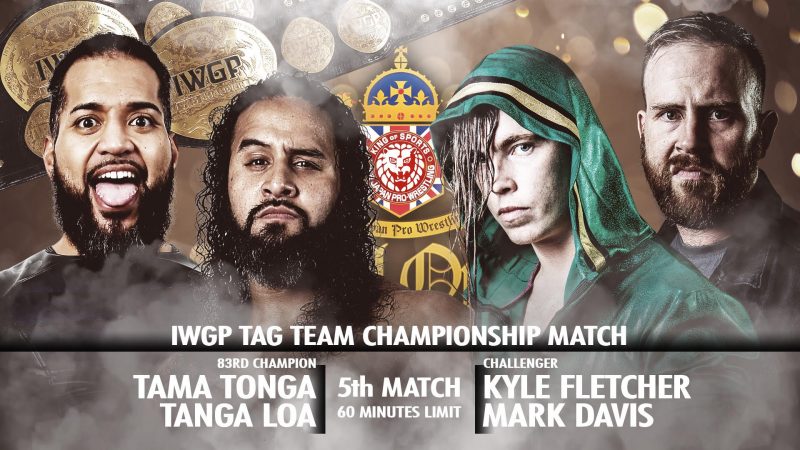 On the eve of Royal Quest in London’s Copper Box, Revolution Pro’s Summer Sizzler event saw some of the top stars of NJPW arrive, with key consequences for the August 31 supercard.

One of the biggest matches of the evening saw the finals of RevPro’s Road to Royal Quest tag team tournament, the winners of which would be guaranteed an opportunity against IWGP Tag Team Champions, the Guerrillas of Destiny in the Copper Box. Sha Samuels and Josh Bodom would face the Aussie Open team of Mark Davis and Kyle Fletcher in said final. 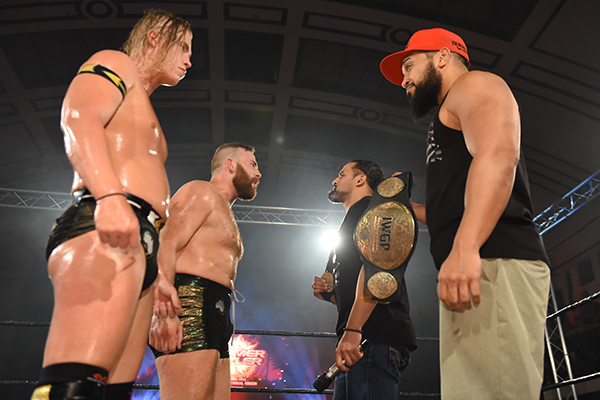 Fletcher and Davis came out on top of a thrilling match to win the tournament, and make the IWGP Tag Team Championship match of GoD versus Aussie Open official for the Copper Box.

Aussie Open have been a tag team since 2017, and have composed an impressive resume in the last two years, scoring ten championship reigns in promotions across Europe. That includes a reign with the Rev Pro Undisputed British Tag Team Championships, which they won from none other than Minoru Suzuki and Zack Sabre Junior, and held from May 10 to June 29, when they lost the titles to Bodom and Samuels.

Their tournament final victory scored some measure of revenge for Fletcher and Davis, and the pair are now set for the biggest match of their careers at Royal Quest!