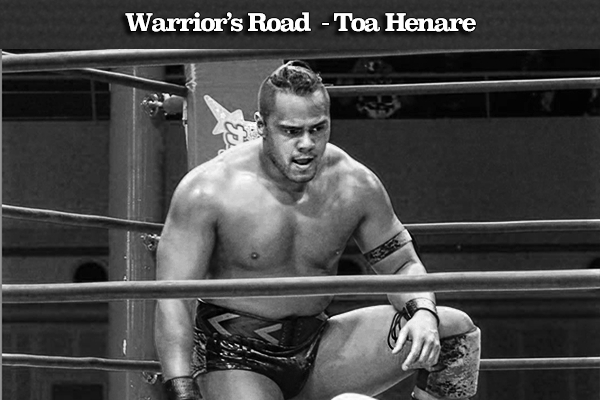 Warrior’s Road by Toa Henare No.3

The G1 Climax has come to an end! With all the excitement of the best wrestlers battling each other in the world’s most prestigious wrestling tournament, I was caught up in the pure energy that was that G1. From top to bottom, from the starting matches to the main cards it was amazing, and I’m glad that the best man won it.

But where does that leave me? I wasn’t chosen for the tournament despite my best efforts. For a lot of people, it would have been a depressing moment, finding out you’re not in the G1 this year. For me however, it was anything but dispiriting, quite the opposite. It filled me with more passion, with more drive, and with more fighting spirit to keep swinging. A Warrior can never be too prepared. This year’s G1 gave me the opportunity to watch every single match; to study every single potential future opponent, to watch their strategies and to prepare myself even more for next year’s G1. The subtle things that one can only objectively see from the outside; things like watching how Juice uses his southpaw stance to step outside of his opponent’s lead leg in order to keep him in range with his long jabs. The way Shingo takes a half step backward before charging to the ropes in order to get more momentum for his Lariats. The way EVIL uses the momentum from his opponent’s attacks in order to counter with his rolling elbow, or how Ishii uses the ropes in order to pull himself up for a leveraged headbutt. Each and every one of these little details that I’ve learned from just being a part of the G1 tour fills me with confidence.

While I’m known for charging into situations head on, being a part of the G1 tour has taught me two main things: patience and strategy. It’s taught me to learn more about people before taking them head on. For my past singles matches I’ve only defeated Young Lions. For other wrestlers, I definitely know that I have the tools to beat them in a singles match; but it will be a matter of patience and strategy, two things I’ve been historically bad with. In my matches with Ishii (Korakuen), Barretta (Korakuen) and Goto (Okinawa), I had them beat at certain parts of the match where I should have gone for the pin, but I was too headstrong and tried to keep on fighting straight forward until one of us dropped. Everyone’s a genius in retrospect, but in any case, I know I have what it takes to defeat upper echelon guys. I have what it takes to be in the G1, and I know I will be one of the best heavyweights in the world.

While the G1 was exciting for the amount I learned from watching and being in matches with block competitors, I also come away with a lot of wins, and most from scoring the pin, rather than assisting my partners. It is motivating to feel that you’re getting better, and even more so when the results tell you you’re getting better. From all the hard work, all the grinding and smashing away in the gym I managed to get wins throughout the tour – but the most important wins for me were the final three matches in Budokan Hall.

In the first match, International Powerhouse Jeff Cobb and I defeated Yano and Honma. I’ve been learning from, training with, and partnering with Honma since the year begun, and have been fighting Yano since I started in this company. While Honma has been through some hell since his injury, he has never once broken his spirit. He stills trains more than most, he still grinds, he still shows the spirit of a Warrior. A beautiful lesson to learn for anyone, but an even more respectable thing to see from the perspective of a Warrior. The Second match was against KENTA, Connors and Fredericks.  While there wasn’t as much history with me and the competitors across the ring in this match, it was important for me that another Native Warrior was across the ring. Karl Fredericks and I are the only two Native Americans to have gone head to head at a main show in Nippon Budokan (he represents the Northern Paiute Nation while I represent Wampanoag along with my Maori heritage). The match also had me partnered with two good friends and Senpai: Honma and Ibushi – who have each helped me throughout the year. The third match was against Moxley and Shota, at the G1 Final. Getting the pinfall victory over my best friend in Japan was great and memorable – and getting a technical victory of one of the world’s most renown wrestlers is also a bit motivating on top of the other wins. In any case – I saw the G1 as an absolute success on all sides, and it’s done nothing but motivate me to push harder and higher. 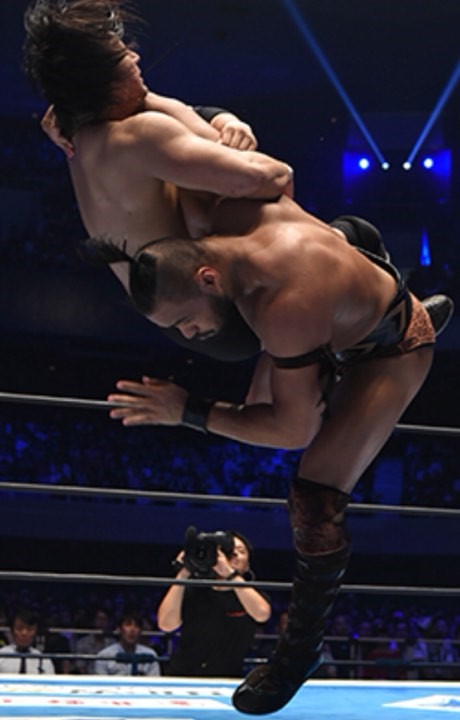 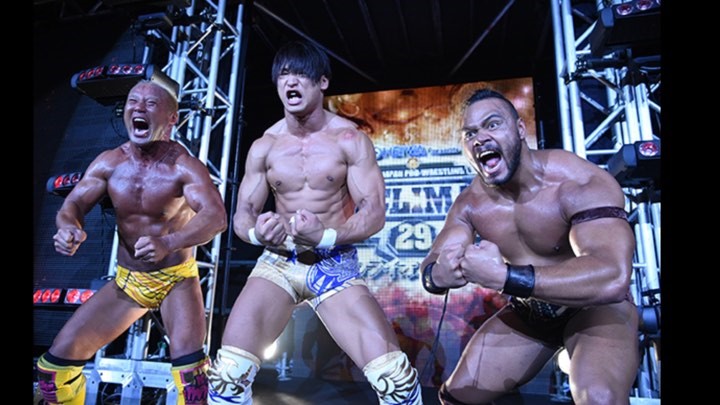 Triple Muscleboi Pose with the Senpai. 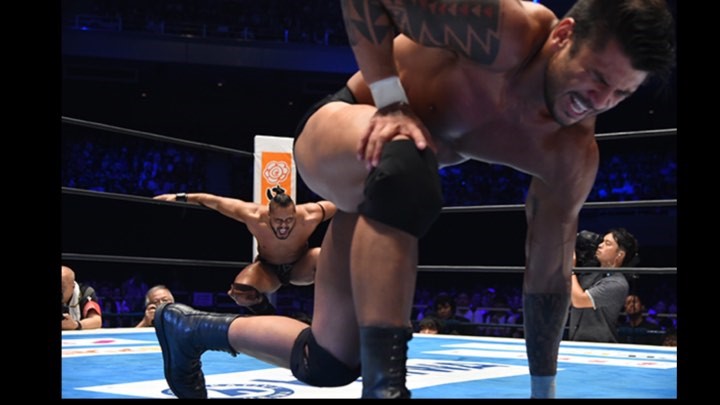 About to smash Fredericks with the Rampage. Hoka Hey.

Outside of the G1 – it has been amazing to see, travel with, train with and learn from the influx of international wrestlers from around the globe. We are truly global in New Japan. From Ospreay of the UK, to Mikey Nicholls of Australia, Juice in the USA and Jeff Cobb from Hawaii/Guam (and a dash of Japan). It’s also been cool going head to head with said guys that may not share the same world view as me. Chase Owens for instance. (I know you’re reading this, Chase, and I promise you I’ll find a way out of your Package Driver). From the traveling between countries to the international expansion of the best wrestling company in the world – NJPW has gone worldwide. For each person I touch heads with from around the world, like the subtleties in the G1 matches, everything I learn is compounded into an encyclopaedia that I use in order to expand my skill set, my appeal, my journey to becoming The World Warrior.

Outside of the ring I’ve also been learning a lot about becoming a True Warrior. Since the G1 has ended, I have spent my time training in Patong, a small country beachside town near Phuket, Thailand. There I rekindled my love for the combat arts, specifically Muay Thai. I’ve kept this to myself for most of my wrestling career – but I have trained in combat sports and Martial Arts my whole life. From amateur wrestling (freestyle, Greco-Roman and submission Wrestling), to Brazilian Jiu Jitsu to MMA – I won amateur titles in all of them, but when the choice came to me to choose my lifelong love of pro wrestling or continue with combat sports, I quickly and without doubt chose this path I’m on now.

I kept martial arts as a hobby; I was also obsessed with Muay Thai as a high school student, and I’ve always wanted to train the art in its birthplace of Thailand. With a strong tradition of fighting Warriors, Thailand seemed like a fitting place for me to head after the G1. I trained with Muay Thai master Kru Aum, who has funnily enough fought at the Tokyo Dome in singles matches for K1 – a fitting trainer for a fitting goal. While everyone else went and rested – I went to Thailand, trained, and used the spirit of nature to fuel my training and further establish my love for the world (literally! I hung out with elephants, tigers and snakes!). True to the Warrior Spirit I also trained in archery while I was in Thailand, another childhood goal which was both fun and challenging. Although I chose the wrestling path, I’m still on the Warriors Road.

People often take the spirit of the tiger and imbue it in their own. 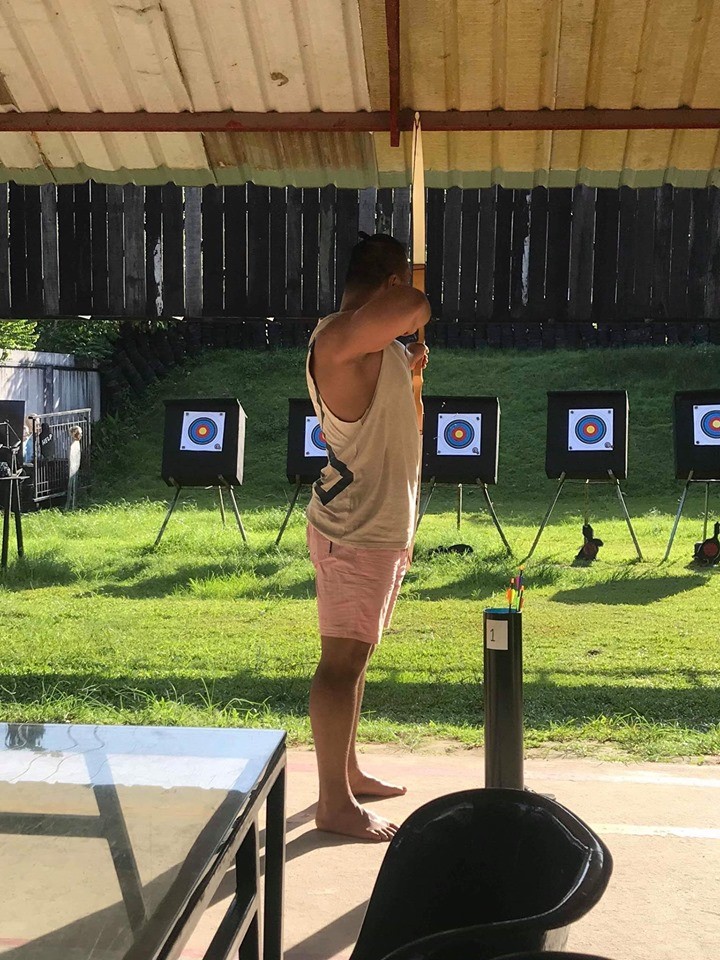 So, what’s next for me? I want to explain it using a book I just finished recently – Heroes. It explains the legends and stories of ancient Greek Folklore – you know the guys: Heracles (or Hercules to the American fans), Theseus, Perseus, Achilles etc. Each and every one of these guys were Warriors in their own way. Through the trials and tribulations presented to them the found ways to overcome. Despite that natural skill, natural strength and natural gifts they had from birth, they all experienced life on ‘hard mode’. They had to fight their way to the top, whether it be by slaying Gorgons (SANADA or EVIL perhaps?) or completing 13 trials (most people think it was 12). I’m no Heracles by any stretch, but I do see myself walking a similar road to these heroes. I didn’t get sent on excursion, instead I stayed in Japan, wrestling the top guys every night. Naito, Shingo, Ishii, Goto, Okada, Tanahashi etc. Every night I’m wrestling the hardest guys in the world and it is all for the better; it’s all to make me stronger. It’s all to test my spirit. It’s all to make me better for the future. Now is hustle mode, but I feel a big change coming in the future. As I’ve said before, it will only take one match for things to change.  I will put every ounce of my Warrior Spirit into breaking into the next level of my career. I’ll wrestle lions and stomp on the boars of this industry in order to become one of the greatest heavyweights in the world. Or I will die trying.

I like letting actions speak louder than words, but what I do want to say is that: The World Warrior is coming.

And here are some more cool pics from last month: 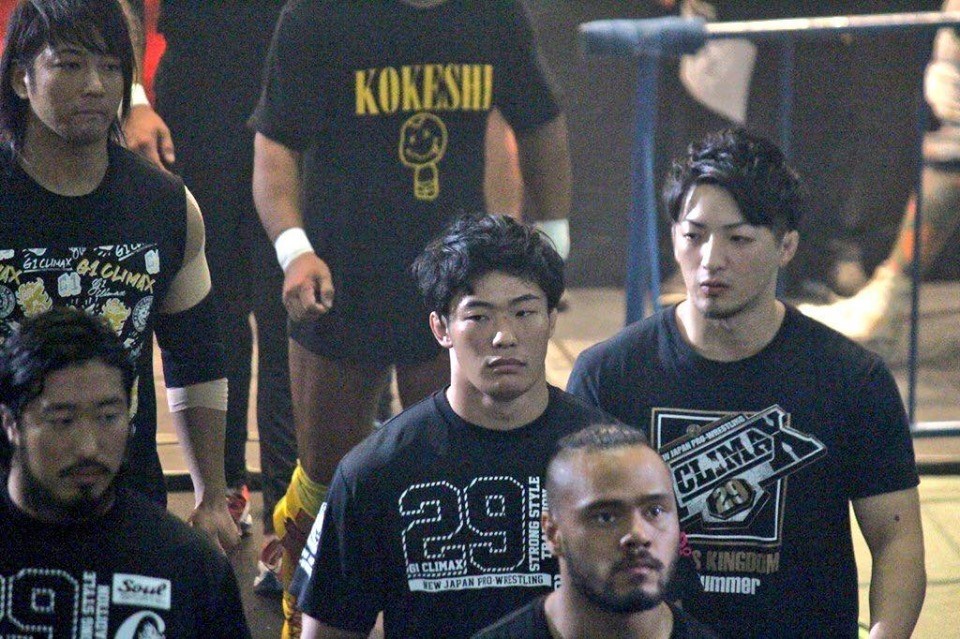 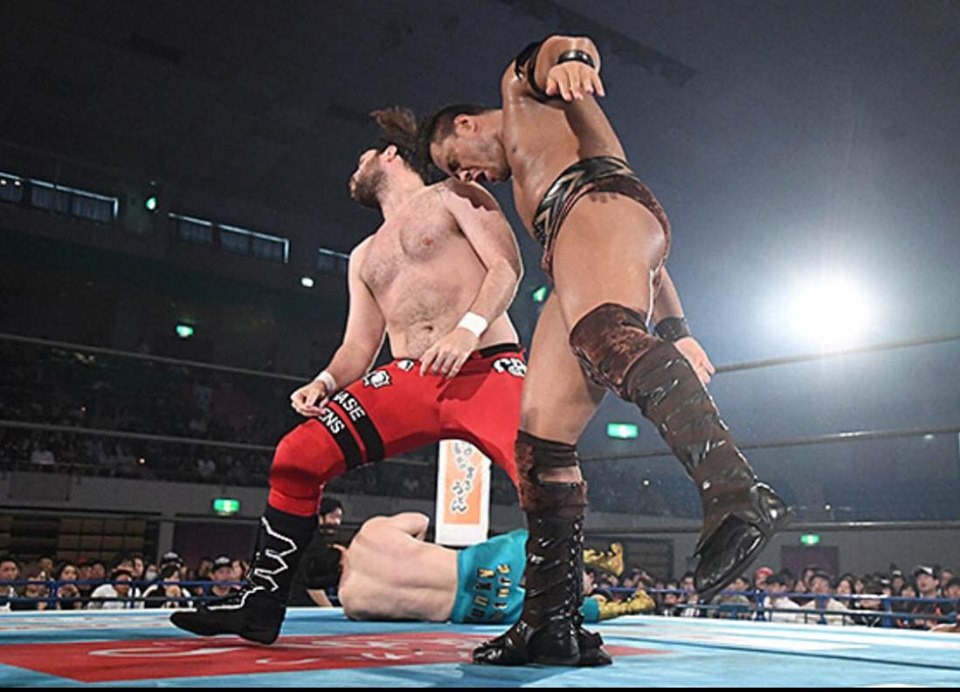 Headbutt on the Crown Jewel’s crown 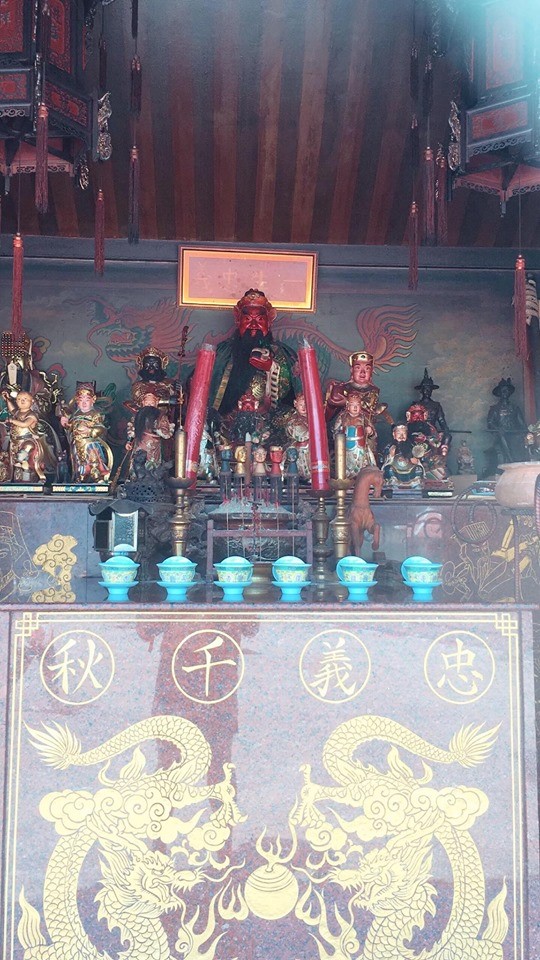 While in Thailand, I also visited a shrine towards Guan Yu (who most Japanese people know from San Goku Shi)