Night five of the Road to destruction tour sees two more Young Lion Cup matches open at the Fuji san Messe in Shizuoka. Here’s what we can expect from tournament action!

Young Lion Cup matches will be available on demand after the event on NJPW World! 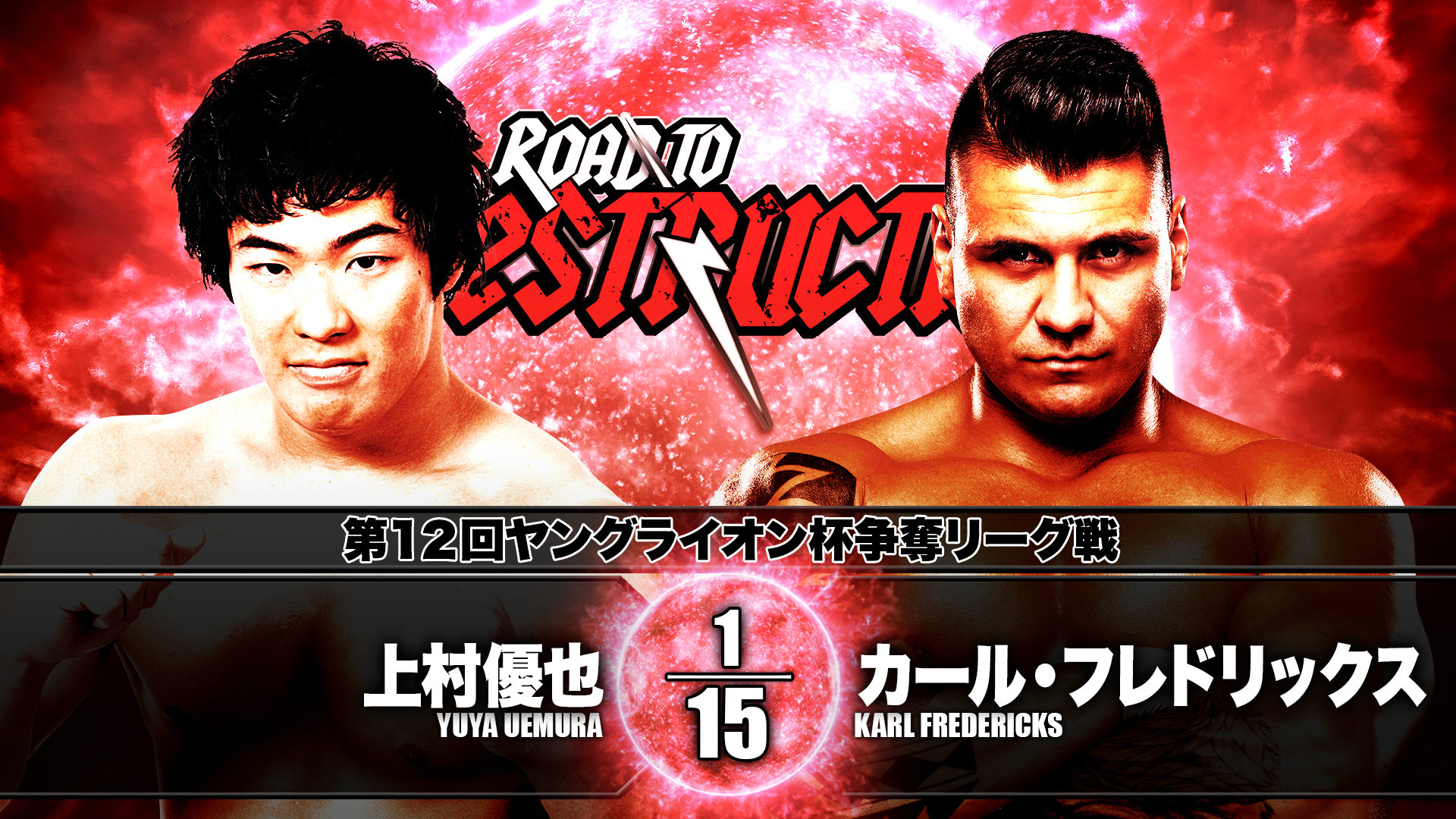 Yuya Uemura is off to a rough start in his Young Lion Cup campaign. The two most winnable matches for him were against those of a similar experience level; his New Japan Dojo contemporary Yota Tsuji and Fale Dojo’s Michael Richards. Both matches ended in defeat, Richards holding onto a grounded Boston Crab to submit Uemura in Korakuen, and Tsuji adding the Giant Swing to his arsenal as he got the win in Togane. The Tsuji loss in particular will have been a bitter pill to swallow; after he and Uemura were neck and neck their entire career thus far, Uemura will now end a tour one win down on the former American football player.

Uemura must now move onward and upward, to Karl Fredericks. Fredericks had his own bitter loss to accept when his league campaign got off to a slow start, submitting to Ren Narita’s Narita Special #3 in Korakuen. He was able to bounce back, getting his first two points against LA Dojo stablemate Clark Connors. Yet Fredericks’ approach in ring has led to more than a few concerns being voiced; Fredericks entered the cup at a disadvantage, with a hurt right shoulder, but has been relying on his right arm for much of his offense, often paying the price as his opponents capitalize. Whether Fredericks chooses to work through, or work around his injury, and whether Uemura can use the one visible chink in the American’s armour to his advantage, is the key to this match. 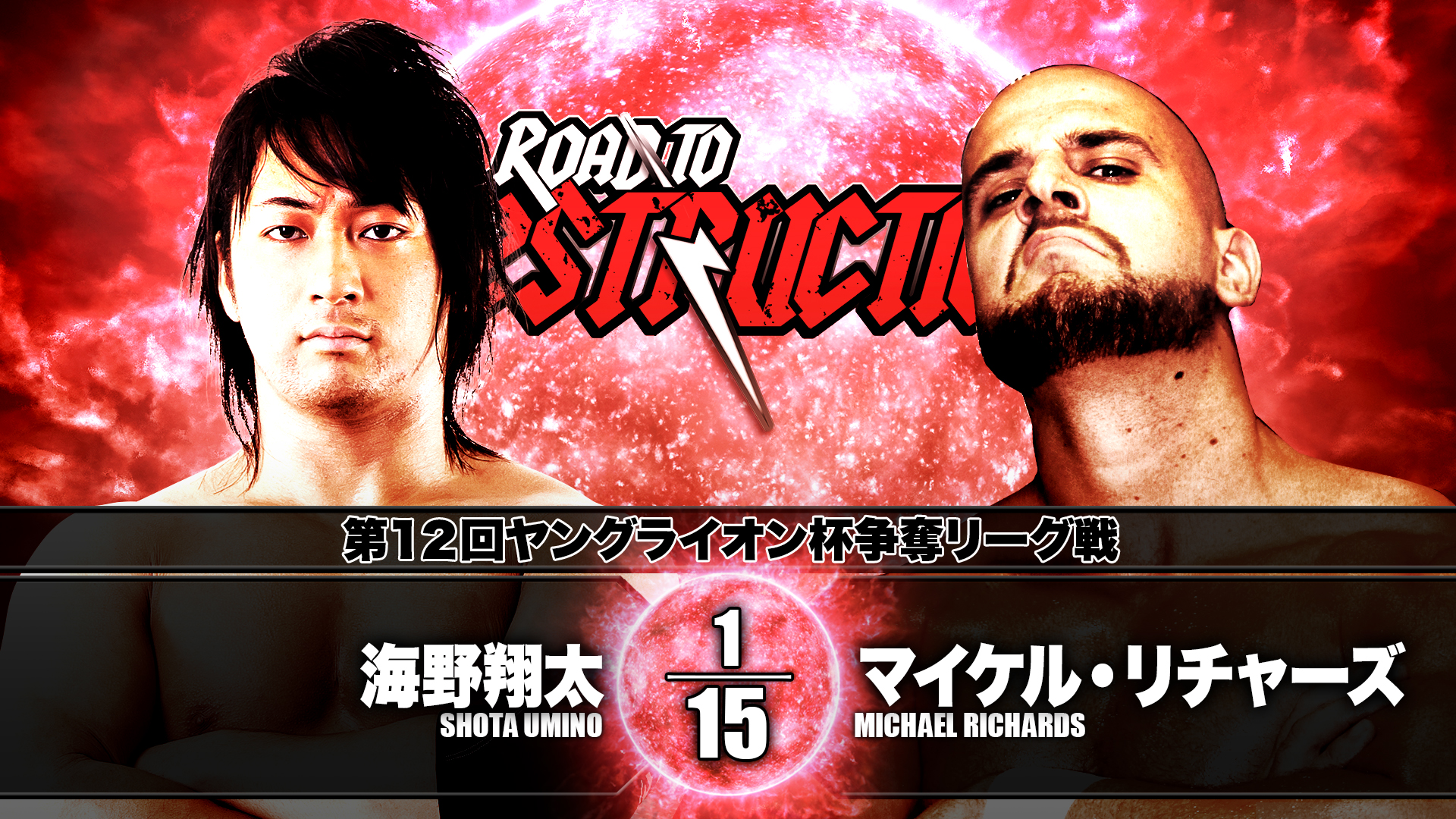 If all the young New Japan stars were taking cues from Tetsuya Naito, we might be in a whole lot of trouble, but if there’s one word of advice that could be given to Umino and Richards going into their third Young Lion Cup match, ‘tranquilo’ might be it.

For Richards, a measured approach paid dividends against Uemura, as the Fale Dojo representative was able to use his size and strength advantage to effectively slow his more nimble foe. Against the striking power of Alex Coughlin however, Richards couldn’t adequately get out of the box and was unable to dictate the pace.

Umino has been trying to dictate the pace in his matches, and that pace is a few gears higher than everybody else’s. Perhaps over eager to make his mark, Umino has been charging hard with ultra aggressive strikes in his two matches, but while those blows have been effective when hitting home, they’ve not always hit home. Clark Connors handed Umino an opening match loss by hanging back from his charging opponent, taking a backstep from Umino’s missile dropkick, and catching the legs into a Boston Crab. In Togane Sunday, meanwhile, Ren Narita was able to suplex Umino out of his boots when he got over eager on off the ropes; in the end Umino’s win was a narrow one indeed, after Narita kicked out of a German Suplex at 3.1 rather than 2.9.

If Richards can catch and control the frenzied Umino, he could score a massive win. Will Umino continue to look for a fast knockout blow, or will he take his time in Shizuoka?