Ibushi, RPG3K in changes made to Destruction in Kobe!

Kota Ibushi to face of against EVIL, RPG3K opposite GoD in Kobe tag matches. 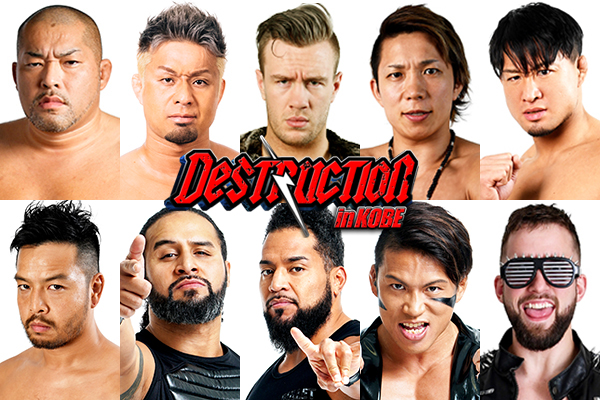 In Kagoshima last night, the Guerrillas of Destiny thought they had their eight man tag match opposite CHAOS in full control with YOH isolated in the middle of the ring. YOH suddenly surprised Tama Tonga however, catching the IWGP Tag Team Champion in a cradle for the three count. Post match, GoD viciously assaulted YOH with kendo stick shots and a Magic Killer. In Kobe, YOH and partner SHO seek redemption, as they combine with Will Ospreay, YOSHI-HASHI and Tomohiro Ishii opposite a BULLET CLUB five man side. There’s also added incentive for Roppongi 3K, as this new matchup puts them opposite the team they lost the IWGP Junior Heavyweight Tag Team Championships to back in June in the form of El Phantasmo & Taiji Ishimori. 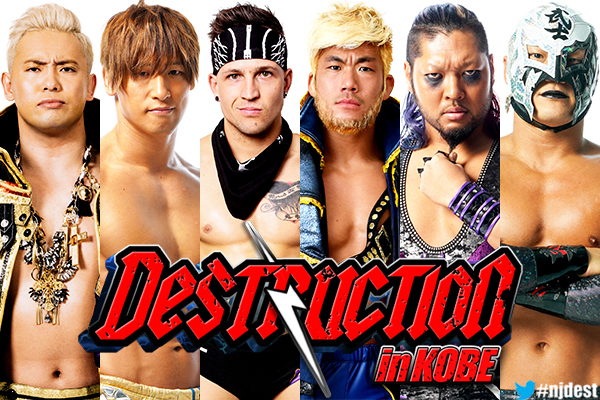 In the main event of Destruction in Kagoshima, Kota Ibushi endured intense punishment from KENTA from before the bell even sounded. BULLET CLUB’s new member would viciously assault Ibushi’s head and then his ankle and knee, but Ibushi refused to give up. A pair of Kamigoyes gave Ibushi the win in front of his hometown crowd, but he wasn’t allowed any time to rest.

EVIL made his way to ringside immediately after the match and took hold of a microphone to tell Ibushi that he would take the Tokyo Dome IWGP contract and ‘shroud the main event in darkness’. Ibushi was happy to rise to EVIL’s challenge ‘anytime, anywhere’; when and where that match will take place is still unclear, but we will get a preview of that bout in Kobe as Ibushi joins a trio of Robbie Eagles and his potential Tokyo Dome opponent Kazuchika Okada against the Los Ingobernables De Japon team of EVIL, BUSHI and SANADA.

All the action from Destruction in Kobe will be coming to you LIVE and in English on NJPW World this Sunday!