In Fans Bring the Questions Match, we interview the top stars of NJPW; and ‘we’ means the entire community of New Japan fans! Will Ospreay answered a whole range of questions about everything in and out of the ring! 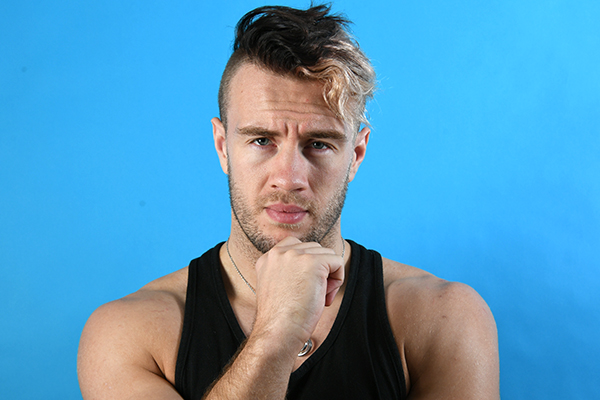 What match has made the biggest impression on you in your career?

Ospreay: There’s been so many that I think are historic and that helped me along the way. The first time I felt I was getting somewhere was my match with Jimmy Havoc in PROGRESS in the UK, 2015. After that I was going to America and going on to bigger places. I felt that match opened a lot of doors for me.

–What in particular sticks with you from that match?

Ospreay: A few months prior, I’d gotten injured doing a 630. I landed on my head, and after that I was nervous about using the top rope. This match was the first time in months I used the move, and it got me the win.

Ospreay: I think in all of wrestling, my biggest rival has to be Marty Scurll. He doesn’t like me, I don’t like him. We’re very different guys, like the Batman and the Joker.

–Which one is the Joker?

Who impressed you during the Young Lion Cup?

Ospreay: I have a lot of favourites. I like Shota (Umino), he understands the English sense of humour, I think. But I really like Tsuji.

Ospreay: I don’t know! I just… whenever I see Tsuji training, I just laugh! But it’s because I feel happy for him.

Which wrestler do you have most respect for?

Ospreay: Respect? Tanahashi. For everything that he’s done for New Japan. The slogan on my shirt, ‘attack for the next generation’ came from him. He did so much and put his body through so much to get New Japan out of the dark ages and into the golden era that we’re calling it now. I love his wrestling philosophy and I respect him a huge deal. If I can be like any wrestler, I want to be like him.

–Since you beat Tanahashi at the Budokan during the G1, do you feel at all like you’ve surpassed him in a way?

Ospreay: No, not yet. He’s still here and fighting, so I don’t think I’m in any way better than him. I want to learn from Tanahashi. His mind and his energy for NJPW is infectious. I absolutely think I can pick up when he puts his sword down. I want to take his legacy and keep running with it, but that isn’t yet.

What’s your opinion of Kazuchika Okada?

Ospreay: He’s my big brother. He’s looked after me since day one. Anything personal, medical even, he’s helped me out. He met my mum and dad in the UK and was lovely to them. He’s absolutely my big brother.

–How about him as a wrestler?

Ospreay: I do think he’s the best in the world right now. I don’t think anyone can match his style, technique, power, presence. You know when his music hits and he’s in a singles match, he’ll have the best match of the night. Wherever you are in the world, nobody can beat him.

What are your thoughts on Jyushin Thunder Liger’s upcoming retirement?

Ospreay: It was really strange to hear. Everytime I hear his music, I get goosebumps. When I was 14, I’d watch the Wrestling Channel on TV in the UK, and his music and highlights would air whenever they went to commercial. He’s been such a huge part of my life, and it’s so strange to think that January we’ll see him for the last time. I’m so happy because he’s had such a great career, but so sad because I’ll never see him wrestle again, or never wrestle again. It’s heartbreaking.

–If you got the chance to wrestle his last match, would you?

Do you miss fighting Hiromu Takahashi?

Hiromu brought so much energy, and a different persona to the division. It made things so much more interesting; our personalities could bounce off one another, and our matches would be so…you just couldn’t miss those matches. Do I think the junior heavyweight division would be nothing without me? No, absolutely not, but I do think that the other juniors need to step up, because right now I feel I’m carrying the whole division on my shoulders. 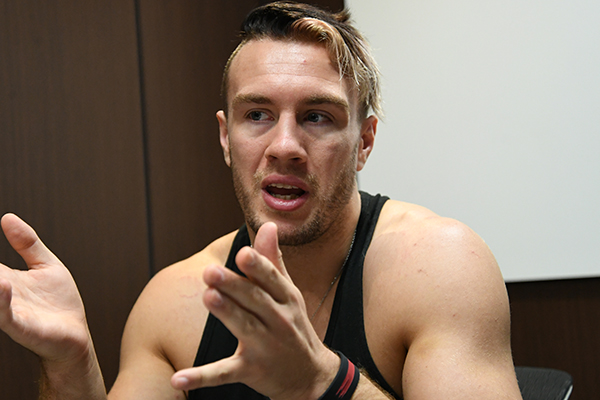 Are there any new moves that you’re interested in trying out?

Ospreay: I’m always thinking of new stuff, stuff that can be different or eye catching. The moveset I have right now is effective though. The hook kick I got from Marufuji, the Hidden Blade elbow; it’s all working for me right now.

What events led you to stepping in the ring for the first time?

Ospreay: I’ve always watched wrestling, ever since I was a baby. But I was channel surfing once and found TNA, the three way between Chris Daniels, Samoa Joe and AJ Styles. AJ grabbed the top rope and hit a springboard Shooting Star Press. I was 14, 15 years old and I instantly thought ‘I want to be a pro-wrestler. AJ Styles is the reason I wanted to be a pro-wrestler.

Ospreay: Yes, twice. The first time, I cried, actually. He’s my hero. Him, Kota Ibushi, Amazing Red, PAC and Naomichi Marufuji are all heroes of mine.

Ospreay: I chose New Japan because… I had three options at the time, offers from NJPW, TNA and WWE. I wanted to wrestle in Japan at the time, so I chose New Japan. I’m a very motivated person, and when Kenny (Omega) the (Young) Bucks and KUSHIDA left, I saw an opportunity. That’s what led to sitting down and deciding to move here permanently.

–So what’s your goal in New Japan?

Ospreay: I want to be IWGP Heavyweight Champion.

–As a junior heavyweight?

Ospreay: Sure. I would love to be a double champion. Nobody’s ever done that before, and that would be so cool. But I do know that this year has been hard on my body. I’ve done New Japan Cup, Best of the Super Juniors, G1 Climax, Super J-Cup. Most likely Super Junior Tag League as well. It’s been awesome, but it’s so demanding that I think I need to arrive at a decision to stay junior heavyweight or move to heavyweight. 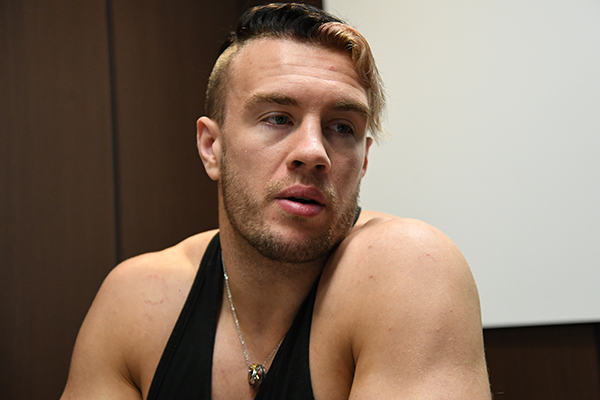 How do British fans differ from Japanese fans?

Ospreay: They’re 100% different. English fans are more vocal, to the point where they miss the little things in a match. They like to chant a lot, they make it so loud that the energy is fantastic, but they don’t pay attention to the wrestling as much. They’re having so much fun chanting, the wrestling is secondary. In Japan, fans watch the wrestling and cheer at the right time, chant at the right time. They’re focused on everything in the ring, whereas in the UK it’s about making a lot of noise and maybe enjoying a bit of wrestling.

Ospreay: Yakiniku! I love meat so much. Meat is so good. Tongue is the best.

Ospreay: No, vodka! With cranberry. I’m not a big drinker, but I like sugary drinks.

–You’re still in great shape despite the sugar!

Ospreay: I feel I’m getting love handles. I feel like all the sugar goes there, but I’m on a diet now!

Are you used to living in Japan now since you moved?

Ospreay: Yeah. I think everything’s very similar to England, but you’re much more to yourself. In Japan you have your own privacy, you can mind your own business. I can happily spend the rest of my life here. There’s some things I miss, like Nando’s, but I’m good here.

Ospreay: ‘Shoppai’. That’s a cool word. And not as in flavour, the other meaning (laughs).

–Who taught you that?

Ospreay: Ishii. Sometimes, and this happened in Australia, he comes back after his match, and he’s just ‘that was shoppai’!

Is there somewhere in Japan you’d like to visit?

Ospreay: I’d love to go to Okinawa. I’ve never been, not even to wrestle. But I’d like to go there for a week without any matches, just to hang out.

If you were to have a romantic relationship with someone from CHAOS who would it be?

Ospreay: SHO. God damn, that guy is handsome! In terms of character, I’d say Okada. He’s an all round great guy, always looking out for the other CHAOS members.

Ospreay: I have so many! I really like ‘Wasted Nights’. I got all their albums. ‘I was King’ is good. ‘Onion’. There’s one I really like from their new album, but I can’t think of the name… ‘One By One’! I love that song.

–Any final message to your fans?

Ospreay: Thank you so much for your questions, and your support! It’s all been amazing. I had a signing a few days ago, and the number of people there was amazing. I’ll keep doing my best to never let anyone down.