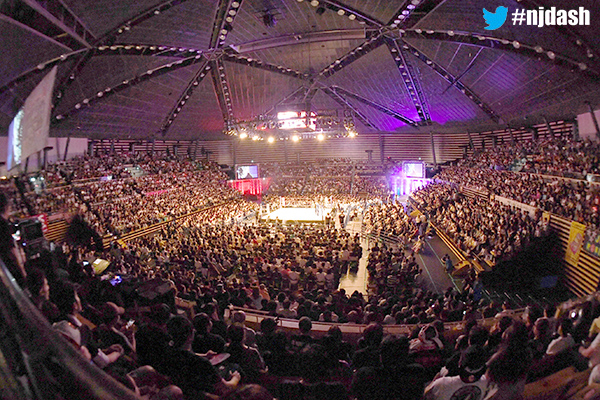 New Year Dash is one of the wildest and most unpredictable nights of the NJPW calendar. Following the huge Tokyo Dome event of Wrestle Kingdom every year, it sees Korakuen Hall packed to over capacity to see the fallout from the biggest event of the calendar.

That’s why January 6 2020 will see New Year Dash come to Tokyo’s Ota City Gymnasium! This venue has hosted big New Japan events since its very inception, the first NJPW card emanating from there in March 1972, and it’s the home of annual anniversary events. This year, the building saw a classic battle between Taiji Ishimori and Jyushin Thunder Liger, as well as Hirooki Goto’s war with Jay White and Hiroshi Tanahashi versus KENTA during the G1 Climax.

We’re very excited to announce that our global fanbase will be able to witness New Year Dash up close and in person, with inbound ticket sales planned. Details will be announced at a later date, but it’s safe to say that this is the ultimate conclusion to the biggest of wrestling weekends!