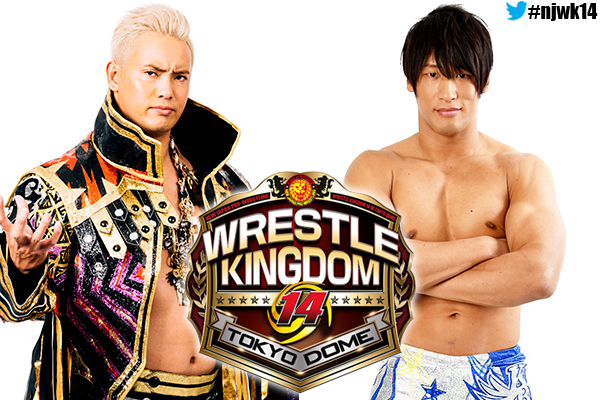 At a special press conference today in Tokyo, a pair of matches were made official for the first night of Wrestle Kingdom 14, which emanates from the Tokyo Dome on January 4 & 5.

After King of Pro Wrestling saw Kota Ibushi retain his IWGP Right to Challenge Contract against EVIL, and Kazuchika Okada keep his IWGP heavyweight Championship by defeating SANADA, the main event for January 4 is now set. Ibushi will challenge Okada for his IWGP Championship on night one in the Tokyo Dome.

After Okada won in the main event at King of Pro Wrestling, he made the call to Ibushi, saying ‘it looks like we have our main event.’ Ibushi would make reference to his dual championship hopes and said ‘it’s no fun to have the same guy on top all the time’ before making his formal challenge. Okada accepted, but warned Okada not to look past his title en route to double gold, saying ‘the IWGP title and Kazuchika Okada, don’t come cheap.’

After years apart, Ibushi and Okada  were reunited during the G1, with Ibushi coming out on top of the critical final A Block match of the tournament. Can the Golden Star seize a golden opportunity, or will Okada make it rain on the Tokyo Dome once more? 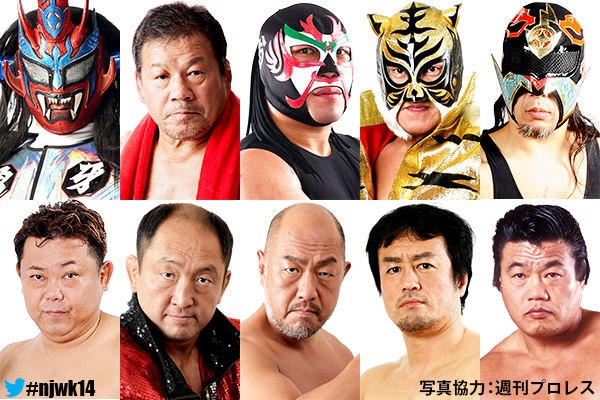 Also announced for January 4 was the first of two Jyushin Thunder Liger retirement matches on the weekend. An all-star legend packed tag team match will see Liger team with Tatsumi Fujinami, The Great Sasuke and Tiger Mask opposite Naoki Sano, Shinjiro Otani, Tatsuhito Takaiwa and Ryusuke Taguchi. To add to this all-star cast, El Samurai will accompany team Liger, and Kuniaki Kobayashi will be in team Sano’s corner, with Norio Honaga as the special guest referee.

All these men have a huge significance to Liger’s career. Modern contemporaries Tiger Mask and Taguchi aside, we see rivals and partners from over 30 years of the Living Legend’s history represented here in the Tokyo Dome. Liger wrestled in Fujinami’s most recent New Japan match, which happened to be all the way back in June 2008. His legendary rivalry with the Great Sasuke through the 1990s is well documented meanwhile, and this retirement match will see Sasuke wrestle in the cerulean blue for the first time since December 2011.

Shinjiro Otani and Tatsuhito Takaiwa were phenomenal standard bearers for the early days of the IWGP Junior Heavyweight Tag Team division in the late 1990s, holding the championships for a record 348 day reign between 1999 and 2000. Their no-nonsense approach and hard hitting style was very often used on Liger, and boosted both to singles success as well, with both former IWGP Junior Heavyweight Champions and Otani a former two time J-Crown Champion. Otani and Takaiwa now both represent ZERO-1; this is Otani’s first appearance in NJPW since January 4 2013 and Wrestle Kingdom 7. For Takaiwa, it’s a longer absence; over ten years since he wrestled in NJPW as Black Tiger.

Naoki Sano meanwhile remains one of Liger’s earliest and greatest rivals. Both returning from excursion at around the same time in 1989, they inevitably collided over the IWGP Junior Heavyweight Championship into 1990, before Sano took a different career path. Sano would eventually sign with UWFI, and the two had an electric singles match in the Tokyo Dome when UWFI and NJPW collided in October 1995. Sano leads up a team managed by Kuniaki Kobayashi, who was Liger’s first opponent on his fateful April 1989 debut, while team Liger is accompanied by Liger’s close friend and former partner El Samurai. Rounding out the field is another IWGP Junior Heavyweight Championship rival, Norio Honaga; will Honaga call it down the middle, or will old rivalries die hard?

More information on both nights inside the Tokyo Dome is to come. Stay tuned to NJPW1972.com, and don’t forget, tickets are still available to witness the pinnacle of strength and birthplace of legend!