Iwate to see next match on the league schedule.

Watch all the Super Junior Tag League matches on demand on NJPW World! 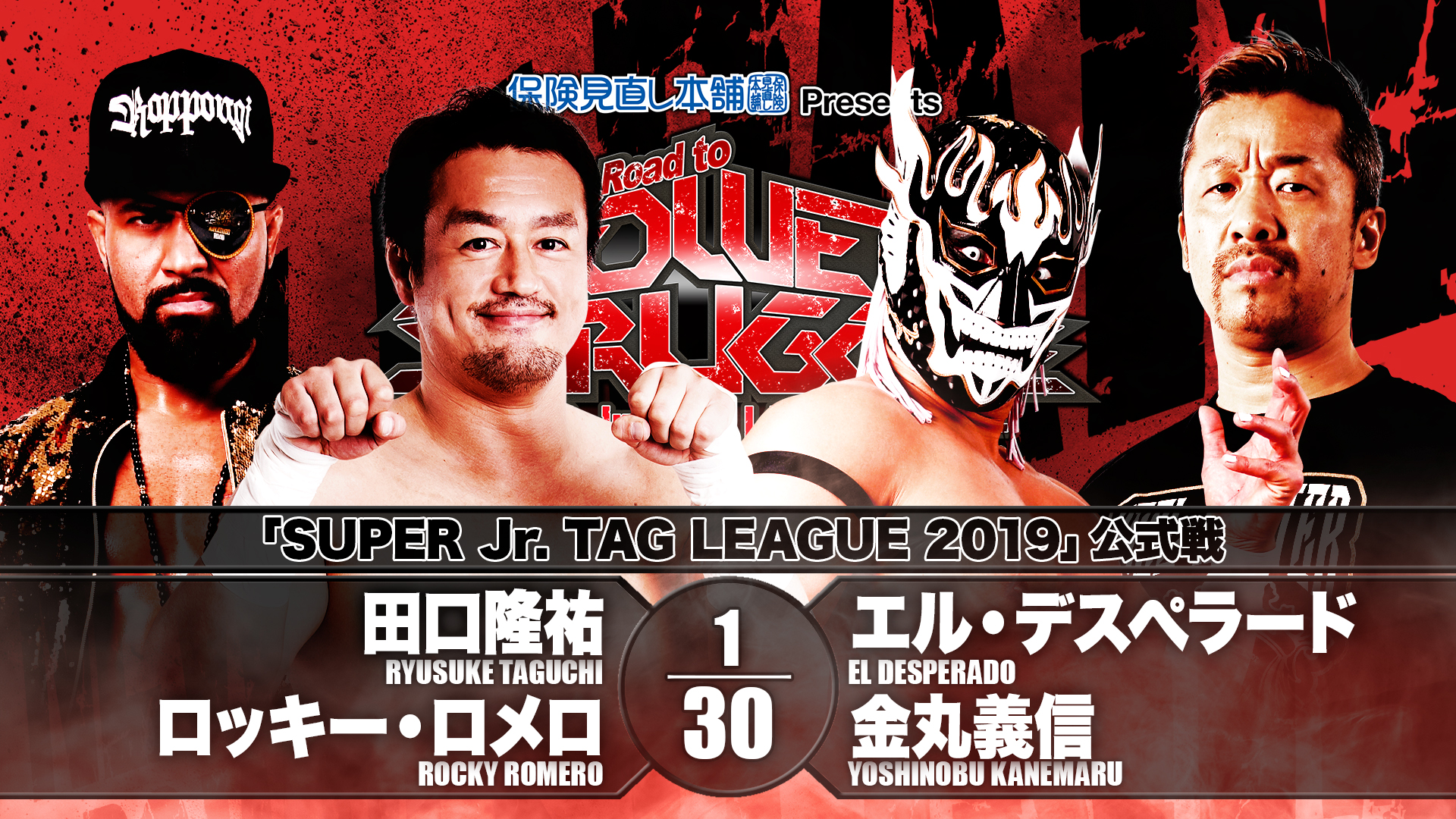 It’s very rare indeed that El Desperado and Yoshinobu Kanemaru should show respect for… just about anyone, really. Amid a lot of shade being cast on the rest of their competition on this tour however, the Suzuki-Gun duo did have some pleasant words for the Mega Coaches of Taguchi and Romero. Desperado stated that Romero and Taguchi were ‘smart’ about their approach, but speculated that the team might struggle deciding who should take the initiative between the ropes.

Desperado’s analysis has proved accurate on watching the start to their campaign. While they are four points up, their two victories have come at the expense of lower ranked teams, and even so, their Young Lion opposition in Clark Connors and Yuya Uemura have threatened victory. Now they face the Suzuki-Gun side that has scored four points against both last year’s winning team RPG3K, and the IWGP Junior Heavyweight Tag Team Champions in El Phantasmo and Taiji Ishimori. There is no doubt that the black clad, black hearted team are the bookies’ favourites in Iwate; can Romero bring enough Sneaky Style to the ring to secure victory for him and Taguchi?