Saitama to see next match on the league schedule.

Watch all the Super Junior Tag League action on demand on NJPW World! 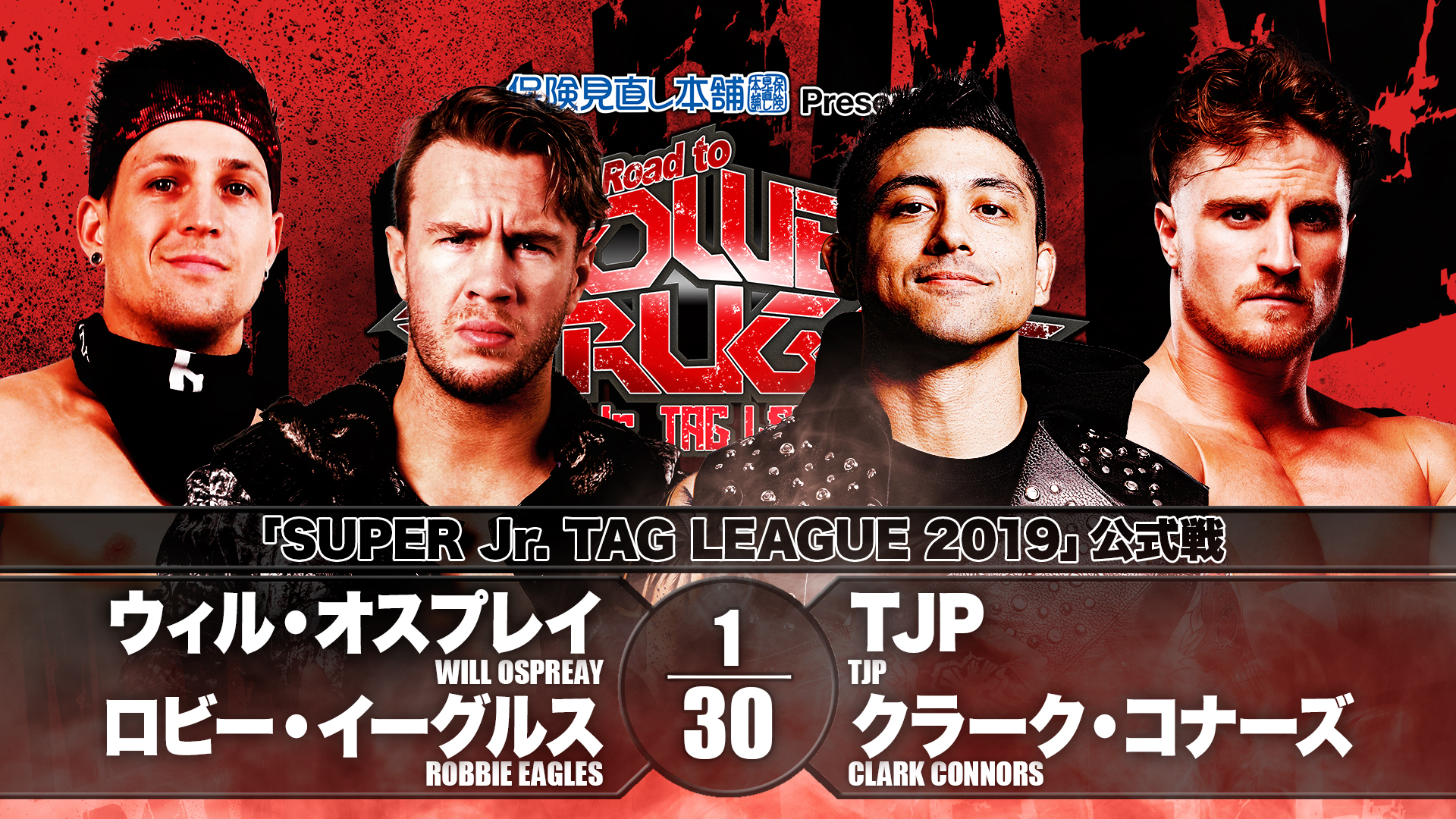 Birds of Prey had a difficult start to the Super Junior Tag League campaign in Korakuen Hall last week. Defeated first by  ELP and Ishimori, and then by RPG3K, B.O.P lost to the winners of the past two junior tag tournaments and the IWGP Junior Heavyweight Tag Team Champions.

Forced onto the back foot, one could be forgiven for thinking Ospreay and Eagles will have a difficult time cementing themselves in the top flight of junior tag competition. They’re now finally on the board, however, having beaten the CMLL pair of Volador Junior and Titan at the weekend, and now likely favourites against TJP and Clark Connors. They shouldn’t discount this LA Dojo senpai/kohai combination, though, as their 0-3 record had belied the considerable fight and will to win of Connors and the ‘Fil-Am Flash’.