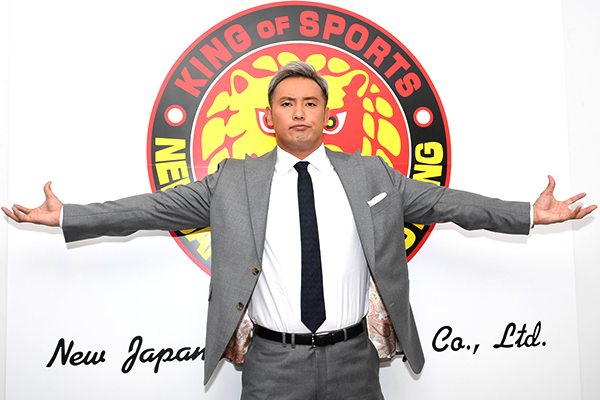 The Tokyo Sports Selection committee has announced Kazuchika Okada as its MVP for 2019. This is his fourth victory and first in four years. Five names were in the running for MVP this year, but with his efforts at home and abroad, as well as across various media including prime time TV, he has done the most to expand pro wrestling this year. Okada also won Match of the Year for his King of pro Wrestling bout with SANADA, giving him the MVP and MotY ‘double’ for the first time since 2015.

In a press conference in the NJPW offices in Tokyo, Okada gave a statement about his achievement. 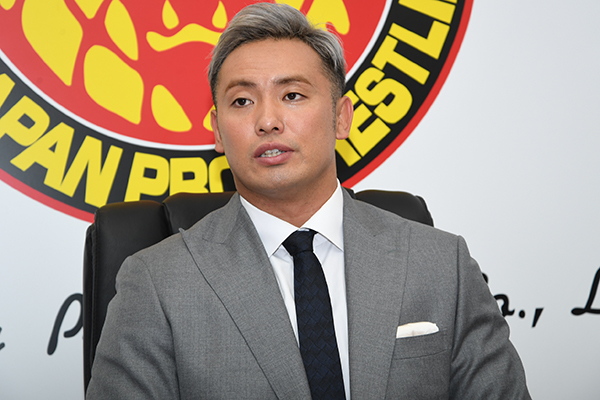 ‘It doesn’t feel like it’s been four years, but to be able to do this before the Tokyo Dome, I think this momentum can flow quite well into me wrestling and winning in two main events January 4 & 5 in a sold out Tokyo Dome.’

–This is your first win in four years. It puts you on a level with Keiji Muto and Genichiro Tenryu at four wins with only Antonio Inoki at six ahead of you.

Okada: Two years ago, I held the IWGP Heavyweight Championship for a year straight and didn’t get picked. Last year I went to V12 as IWGP champion but I couldn’t get MVP that year either. So I really thought that I couldn’t get that honour again. Inoki is at six? Well I’ll have to think about how to get to five first and then go from there into 2020.

–Your IWGP Heavyweight Championship defence against SANADA was chosen as match of the year as well.

Okada: That’s really nice. I called SANADA my rival, and a match I had with him was good enough to be chosen MotY. But then I would say the New Japan Cup match was worthy of that too, or the one in MSG, or the defence I had in London. I’ve had a lot of singles matches this year, but I’m happy that was chosen as the best… How many years in a row have I won that award now?

Okada: That’s quite the record. Now I have to make it seven, eight, more.

–Nobody has ever won the award for six years straight. It’s your seventh award total, which puts you in third all time. Kenta Kobashi won it eight times, and Genichiro Tenryu won it nine times.

Okada: So two more doubles and nobody can touch me. At any rate, I got double awards today, and I’ll be getting double gold in the Tokyo Dome.

–Are you satisfied, in general, with your performance this year?

Okada: I’d say so.  I’m satisfied every year, but this year in particular I’ve been very active overseas, and the New Japan Cup meant a lot to me. 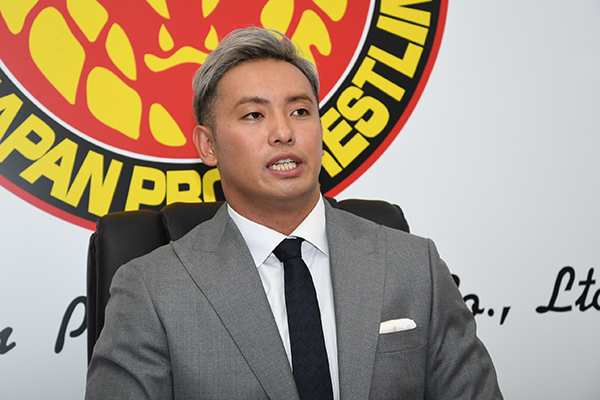 Okada: Well first I want to not just win, but win in front of over 40,000 people and do the same on January 5. This year the rugby was great and next year the Olympics will be in Japan as well. I don’t want pro wrestling to lose out.

–What has changed for you this year?

Okada: Honestly I don’t think I have changed. In a way that’s shown in being MotY winner again and MVP again.

–What’s been your biggest motivation this year?

Okada: Like I said, the Rugby World Cup was such a big event this year that I was motivated to make sure pro-wrestling didn’t lose out. That sense of competition was big for me. Into 2020, there’s the challenge of selling out the Tokyo Dome for two nights, and then the Olympics will be a big motivator for me, for sure.

Of all the awards, I like Match of the Year the best.

I’m not sure exactly whether I’m being judged on skill, or what the criteria are, but I’m delighted that I was judged so positively! I’m thrilled to win this award for the first time in ten years.