On night two of the Road to Tokyo Dome, it’s nearly time for final statements to be made before Wrestle Kingdom! It’s a can’t miss event, and it’s available FREE on NJPW World: no sign-up required! 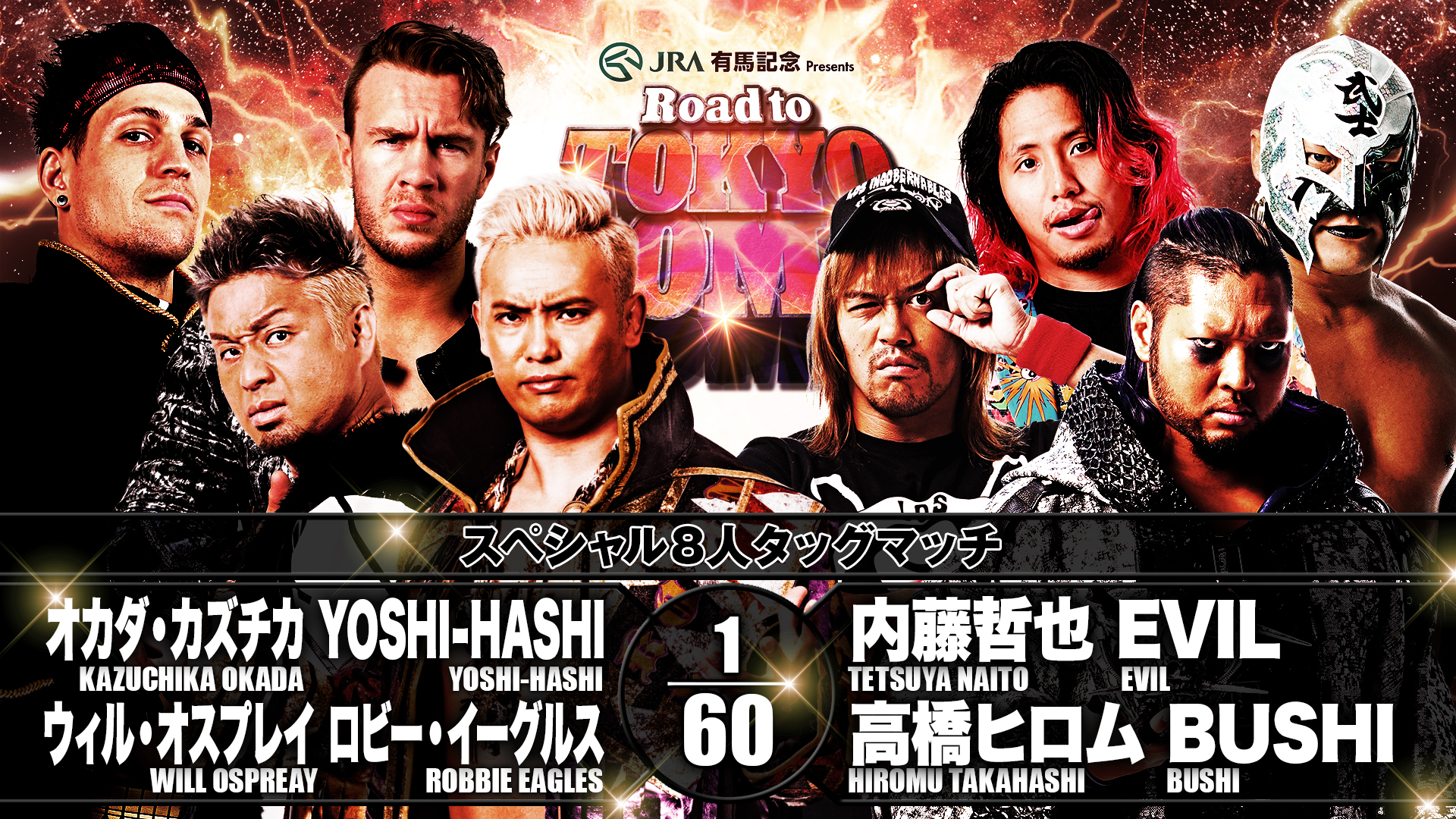 The night’s main event sees eight man tag team action, with a preview of a guaranteed classic on January 4 and what could be the main event on January 5 at the Tokyo Dome.

‘Could be’, because it won’t be until the end of night one at Wrestle Kingdom until we know who the IWGP Heavyweight and Intercontinental Champions will be, and thus who will be involved in the main event of the Double Gold Dash on night two at the Dome. Do Okada and Naito show their hand in Korakuen Hall, or do they hang back, not showing their gameplan until they meet at the Dome, should it come to it?

Will Ospreay and Hiromu Takahashi will pick up where they left off on Hiromu’s return Thursday. Just 24 hours removed from the Time Bomb’s emotional return to in ring action, we see another preview of January 4’s IWGP Junior Heavyweight Championship bout. Was it momentary ring rust that cost Hiromu the pinfall loss last night? Or will Ospreay claim once more that his opponent ‘isn’t ready’ for the Tokyo Dome?

The other four members here will also be looking to make a statement as they look towards the opening match on night two of Wrestle Kingdom; the Gauntlet Match for the NEVER Openweight 6-Man Tag Team Championships. EVIL and BUSHI, along with SANADA, have a strong attachment to the trios titles; will they recapture them January 5 with Shingo in tow? 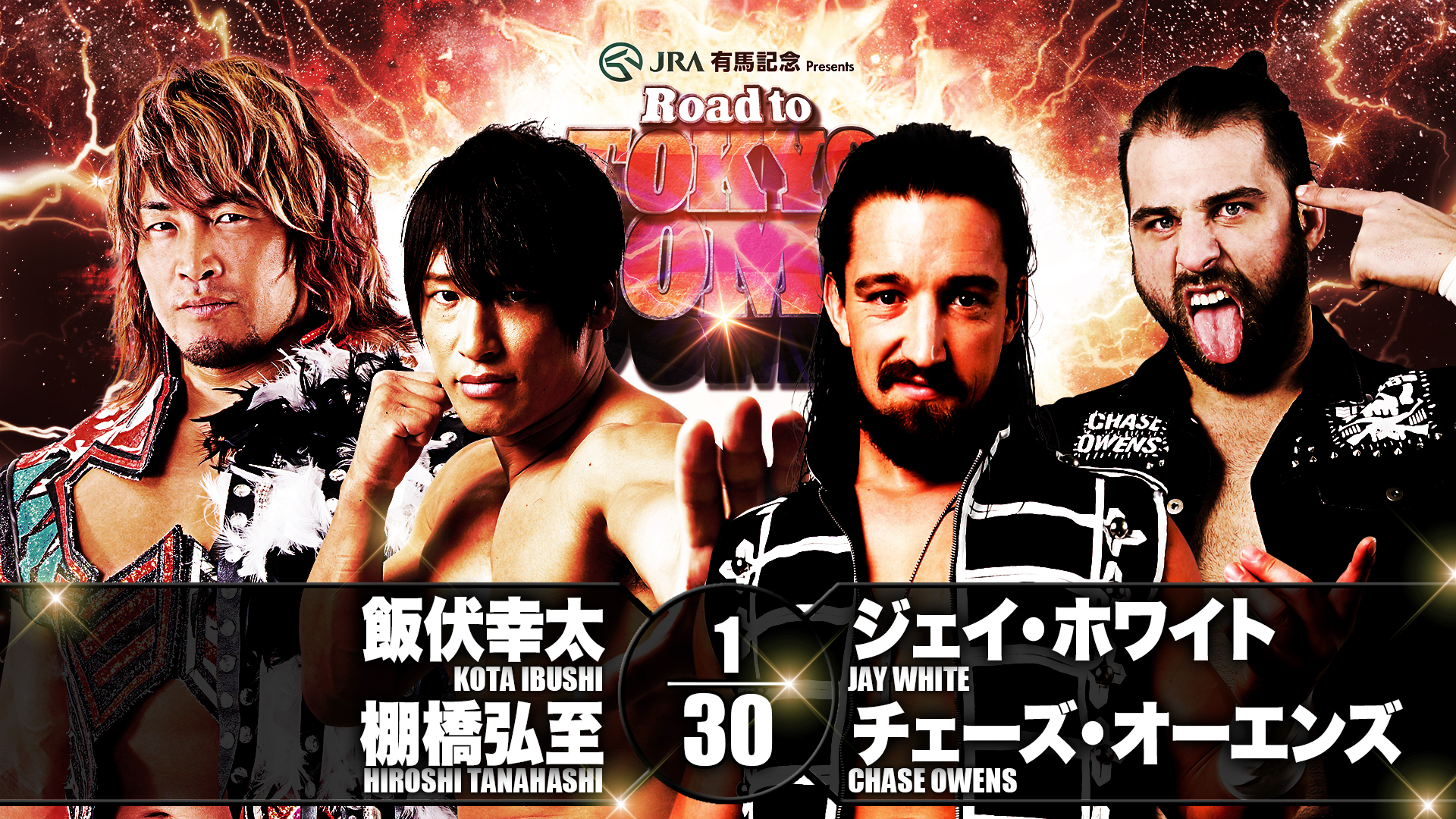 When Kota Ibushi made his lifetime commitment to NJPW back in the spring, he talked about finally understanding what Hiroshi Tanahashi meant by the word ‘resolve’. Ever since then, he’s carried resolve and responsibility through injury to win the G1 Climax and onto the Double Gold Dash.

His victory in the G1 came at the expense of one Jay White, and the IWGP Intercontinental Champion will be all too aware of that tonight; he’ll also be very aware of the possibility existing for a January 5 rematch of the G1 Climax final in the main event. Kota Ibushi is the only member of the Double Gold Dash to hold victories over each of White, Naito and Okada in 2019; can he prove his superiority again Friday? 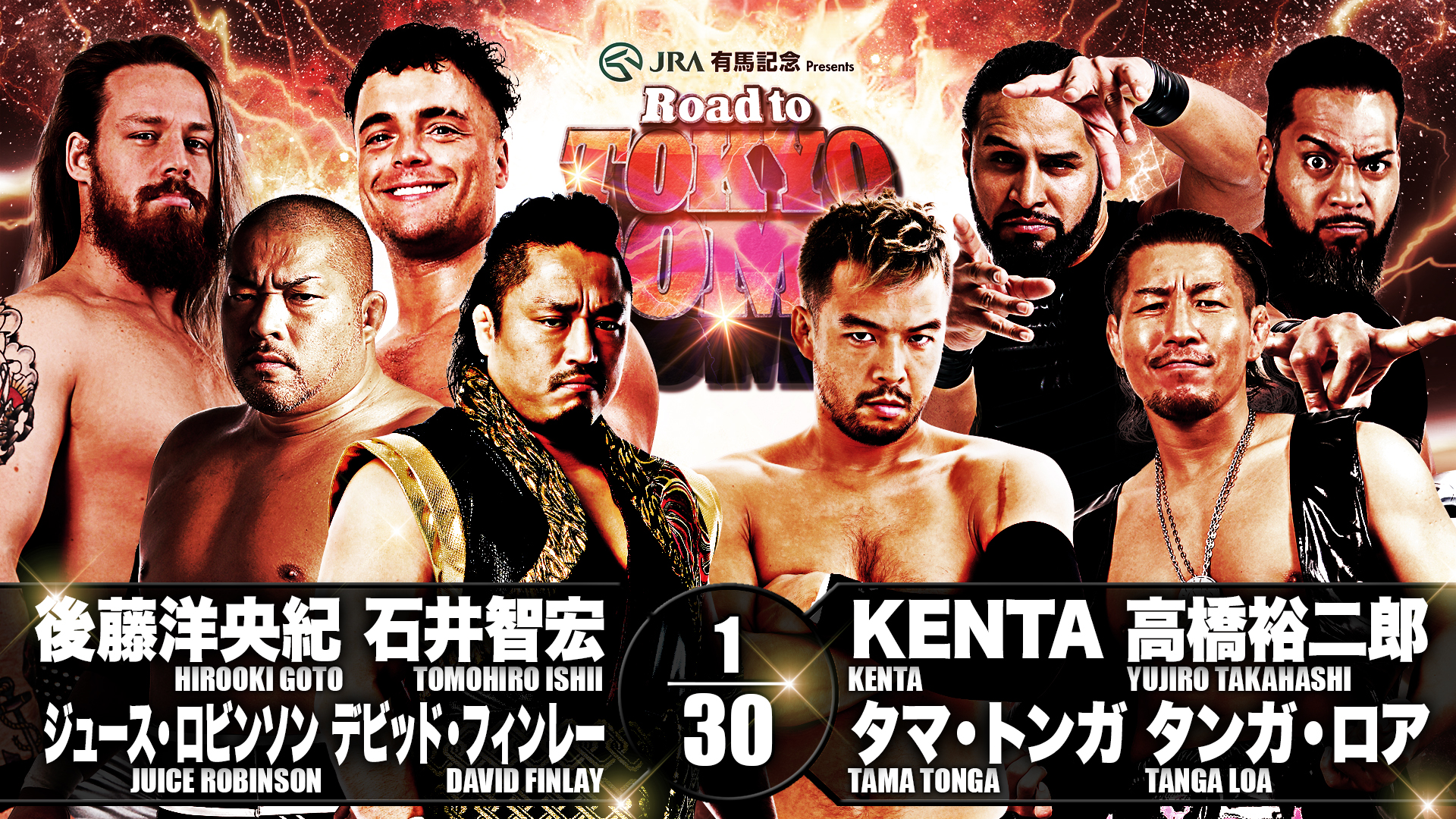 NEVER and IWGP Tag Team Championship previews are up next on the agenda in Korakuen Hall. It was in Korakuen that Goto pinned KENTA, solidifying the NEVER Openweight Champion’s obsession with ‘#HiroGoto’. Who will be able to keep the two apart in Korakuen?

Juice and Finlay also have much to prove in the eyes of the IWGP Tag Team Champions. After FinJuice suffered one of only two blots on their World Tag League record against GoD, can they make a statement tonight? 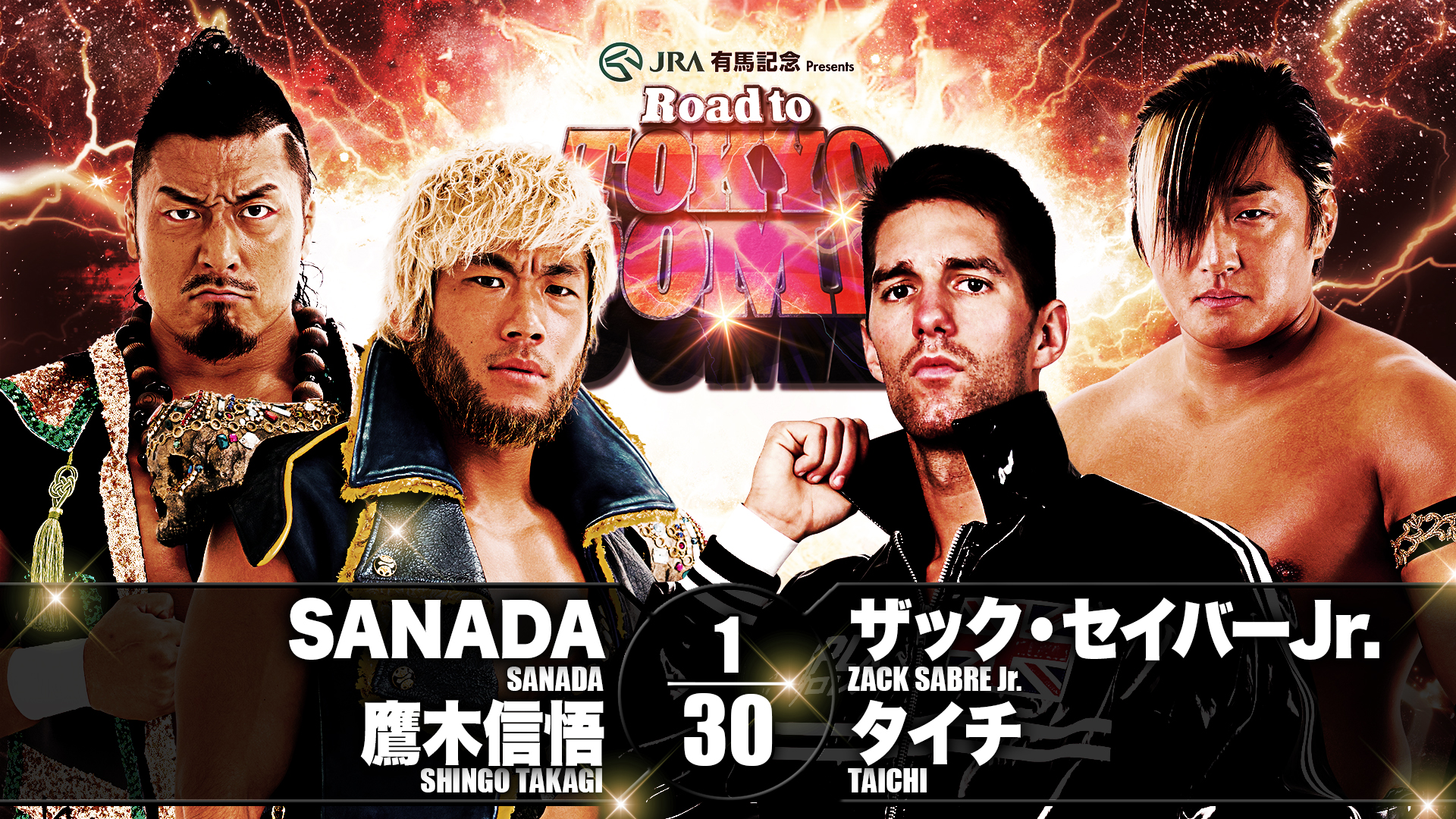 These four will meet in some form on both nights of action in the Tokyo Dome; on either side of an eight man tag on night one, and on night two in the British Heavyweight Championship match between SANADA and ZSJ and the NEVER Openweight 6-Man Tag Team gauntlet before the event proper gets underway for Takagi and Taichi. Both ZSJ and Taichi are out for revenge from G1 losses to SANADA and Shingo, as well as a chance to set the pace for January 4 & 5. 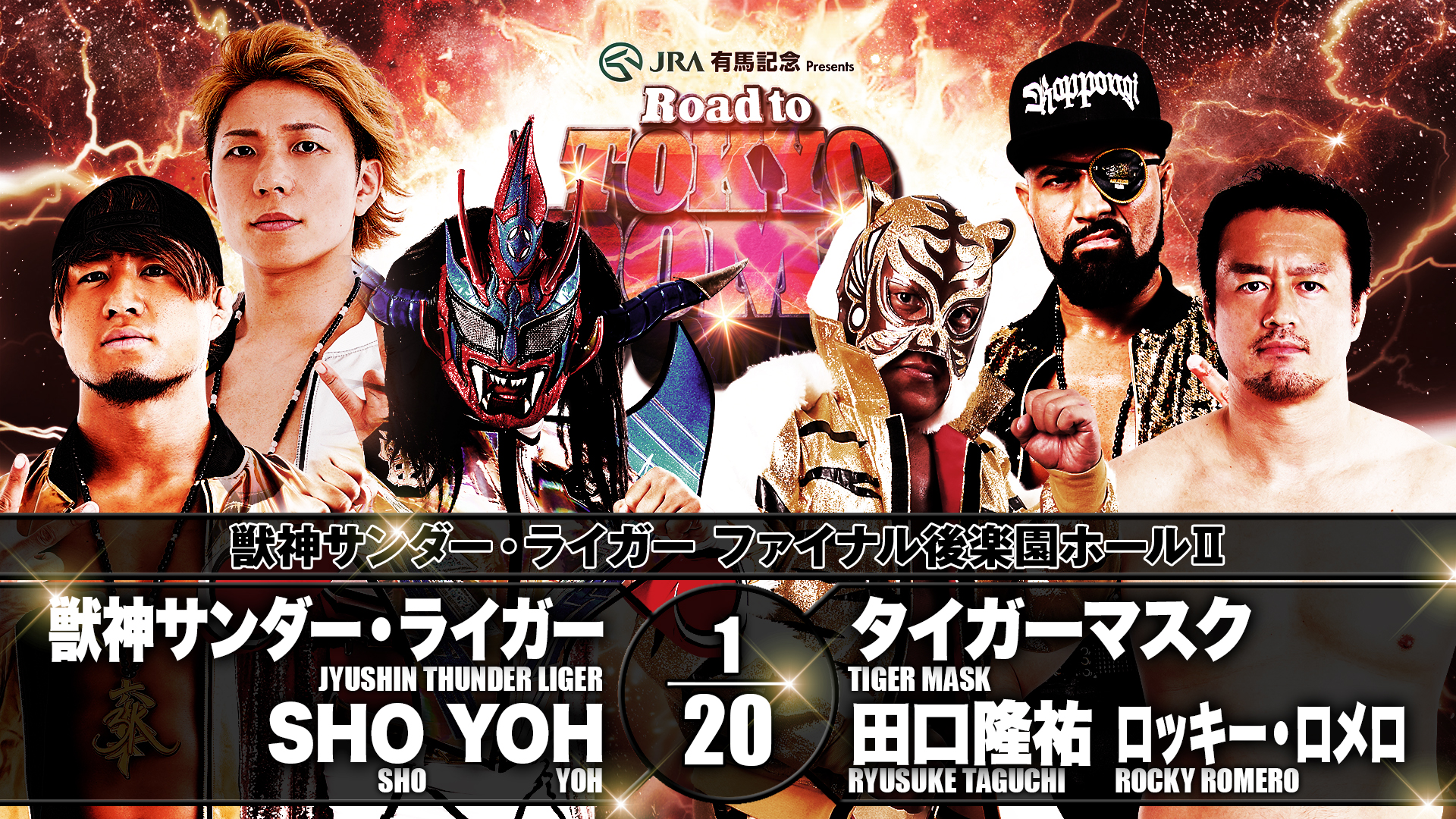 In the second of three farewells to Korakuen Hall for Jyushin Thunder Liger, he is opposite one of his opponents and one of his partners on January 4 in Ryusuke Taguchi and Tiger Mask respectively. Taguchi has recruited Romero to reunite the Mega Coaches tonight, as Rocky prepares to deal some tough love to his charges Roppongi 3K. The Mega Coaches beat RPG 3K during the Super Junior Tag League; Rocky will need to pass on some valuable in ring advice in the field of Sneaky Style to help SHO and YOH get past IWGP Jr. Tag Team Champions El Phantasmo and Taiji Ishimori on January 5. 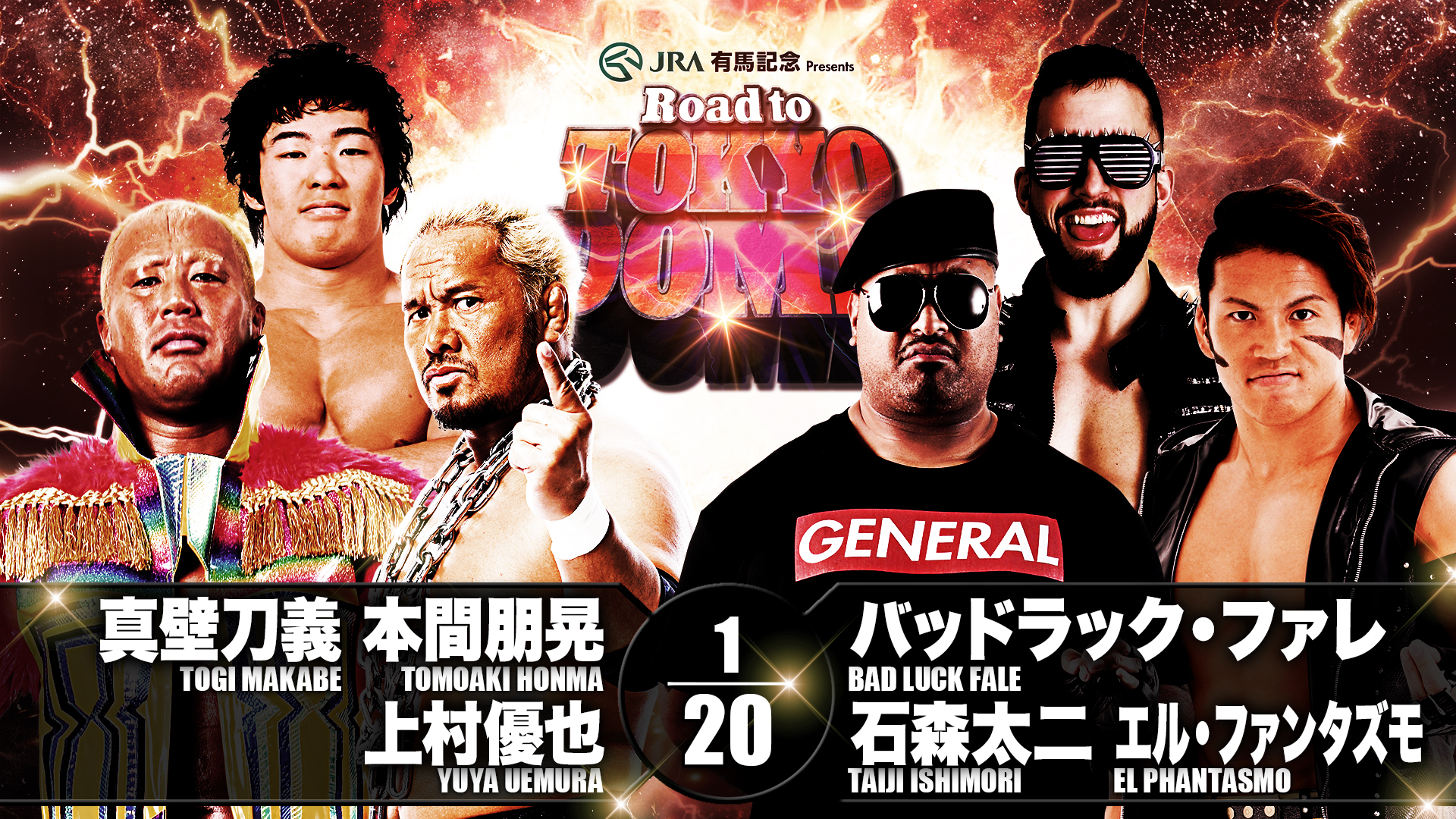 The second match of the night sees three quarters of Jannuary 4’s opening match, in the form of Makabe, Honma and Yuya Uemura take on three members of BULLET CLUB. Fale, Ishimori and ELP may be seeing this as a tune-up match, but with a lot of eyes on Korakuen tonight, a huge upset for Uemura and his senpai would be a great way to close out the year. 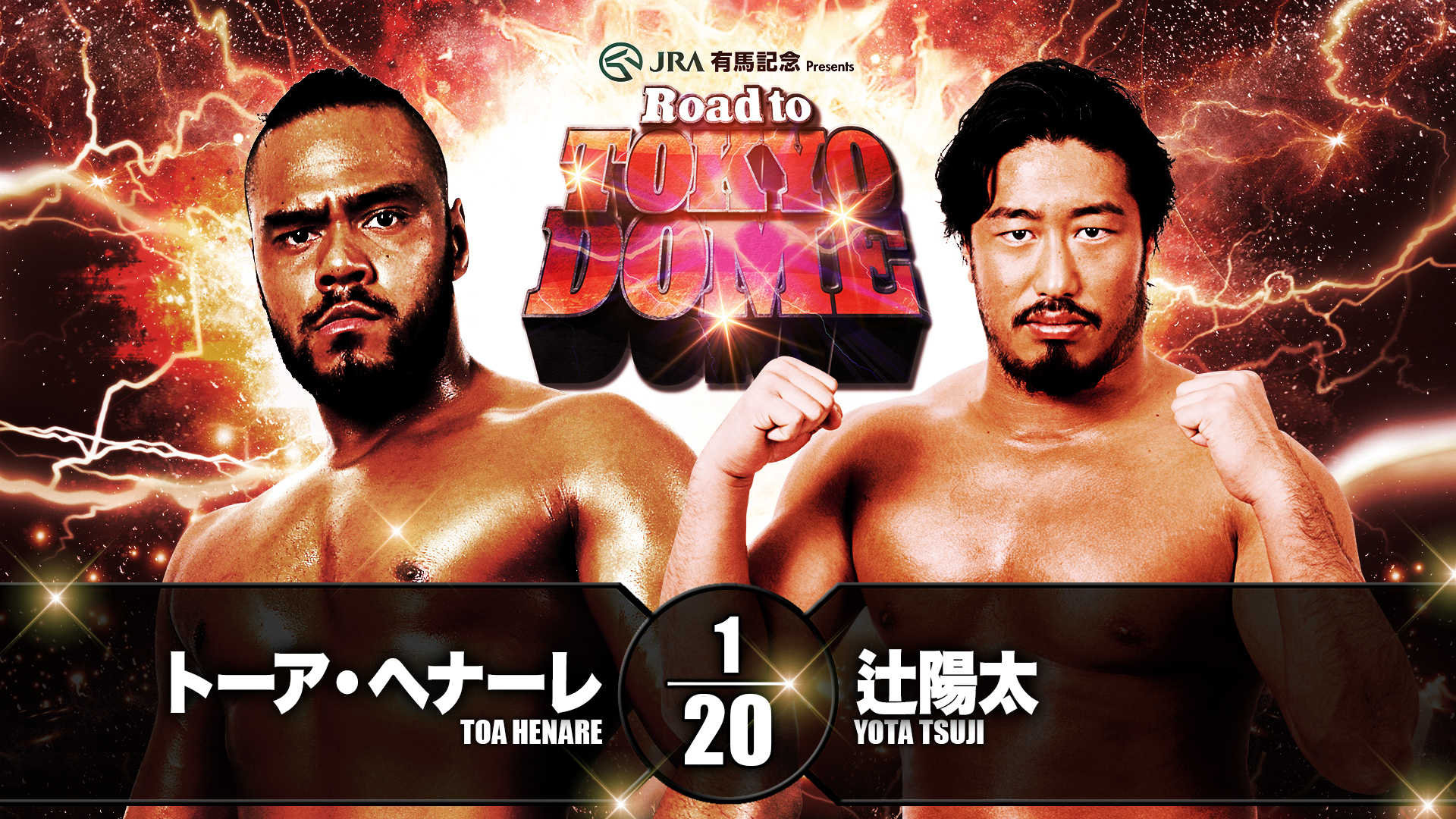 The night will open with the last singles matchup of 2019 as Toa Henare will take on Yota Tsuji. Tsuji has long made it his mission to open up the action at the Tokyo Dome for Wrestle Kingdom 14, and will get his wish when he teams with Uemura and GBH on January 4, but he’ll face a team of Toa Henare, Alex Coughlin, Clark Connors and Karl Fredericks. Henare desperately wants to get big wins over bigger competition in 2020, and may be looking past Tsuji; it would be dangerous to.