Korakuen Hall sees the last matches of 2019 on December 21.

Watch Road to Tokyo Dome LIVE and in English on NJPW World! 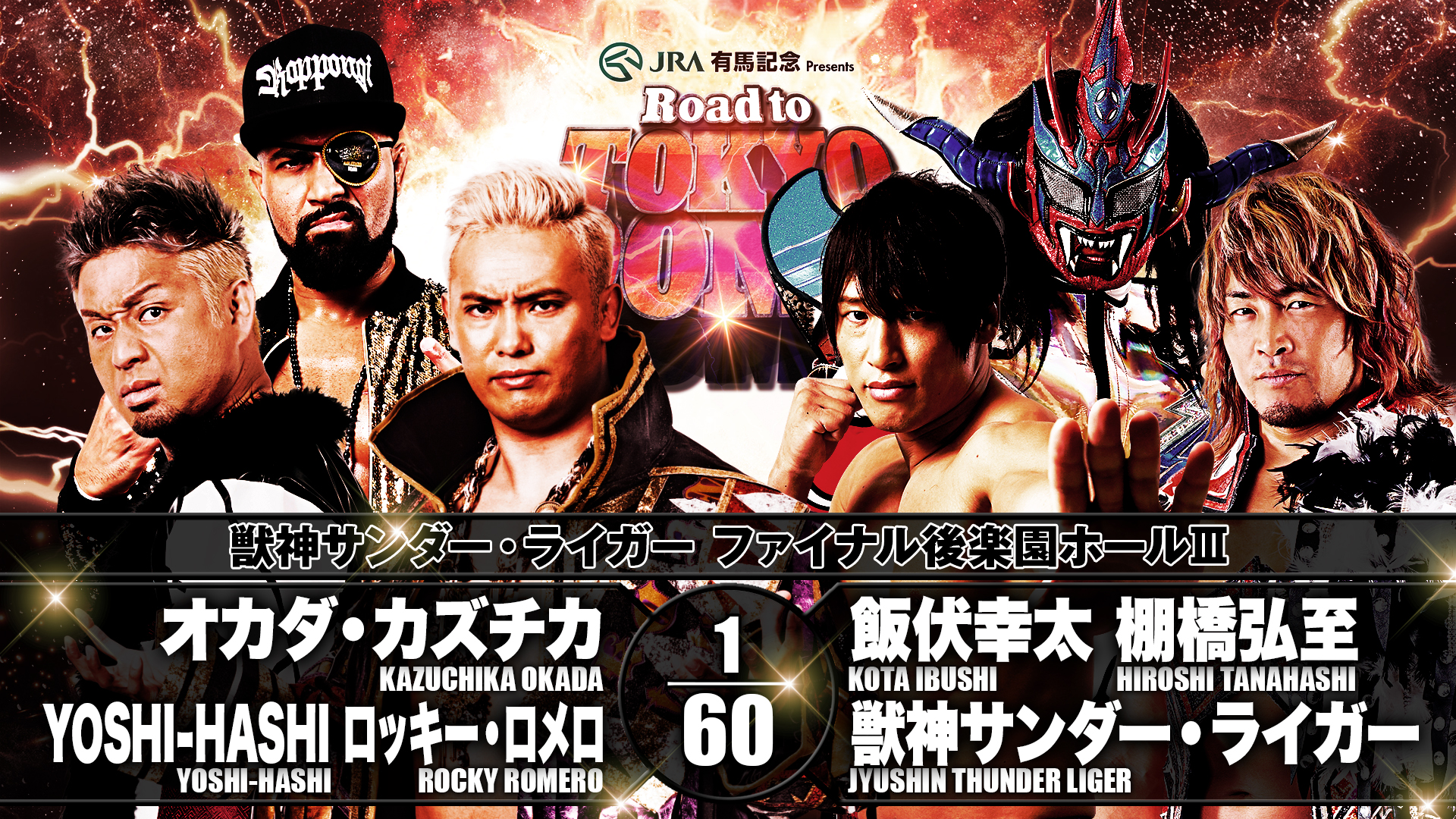 After 472 matches in the hallowed Korakuen Hall, Jyushin Thunder Liger wrestles in this legendary venue for the very last time on December 21. He teams with two men he trusts to lead NJPW in his stead in Kota Ibushi and Hiroshi Tanahashi, who take on Rocky Romero, YOSHI-HASHI and Kazuchika Okada.

Emotions swirling Liger aside, eyes have to be drawn to this preview of January 4’s main event between Ibushi and Okada. As Ibushi likes to say, ‘an end is a start’. The end of 2019 will lead to the start of 2020, and the end of the Double Gold Dash could be the start of new dreams come true for the Golden Star. That is, unless Kazuchika Okada delivers a harsh awakening in Korakuen. 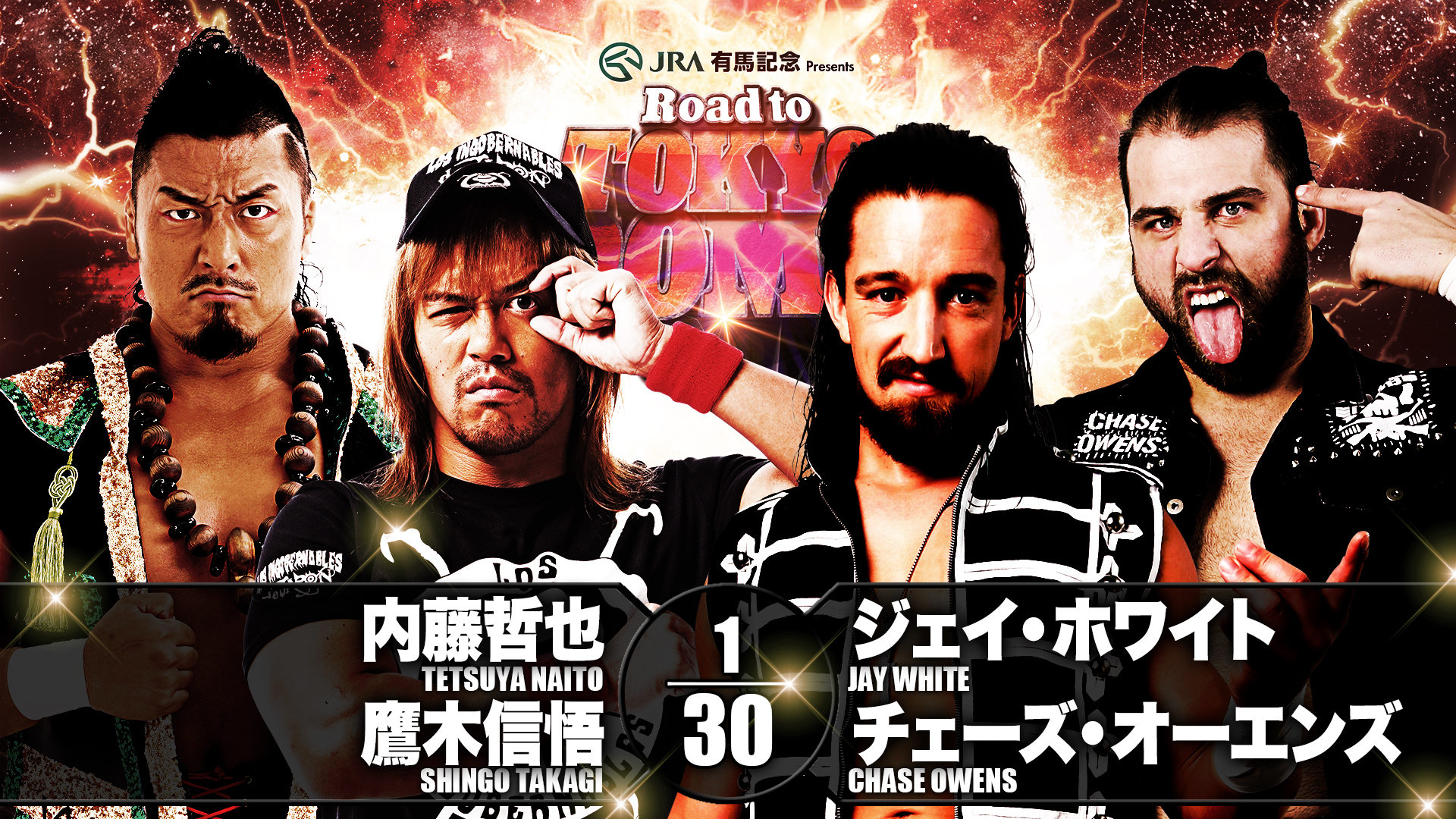 The last in-ring statements will be made by Tetsuya Naito and Jay White before they enter the Double Gold Dash January 4 & 5. Naito has kept a rare silence during World Tag League, but made a bold statement when signing his contract for January 4, while not shying one bit away from Jay White in ring. Who gets to leave an exclamation point on 2019 before heading into the biggest weekend of their career? 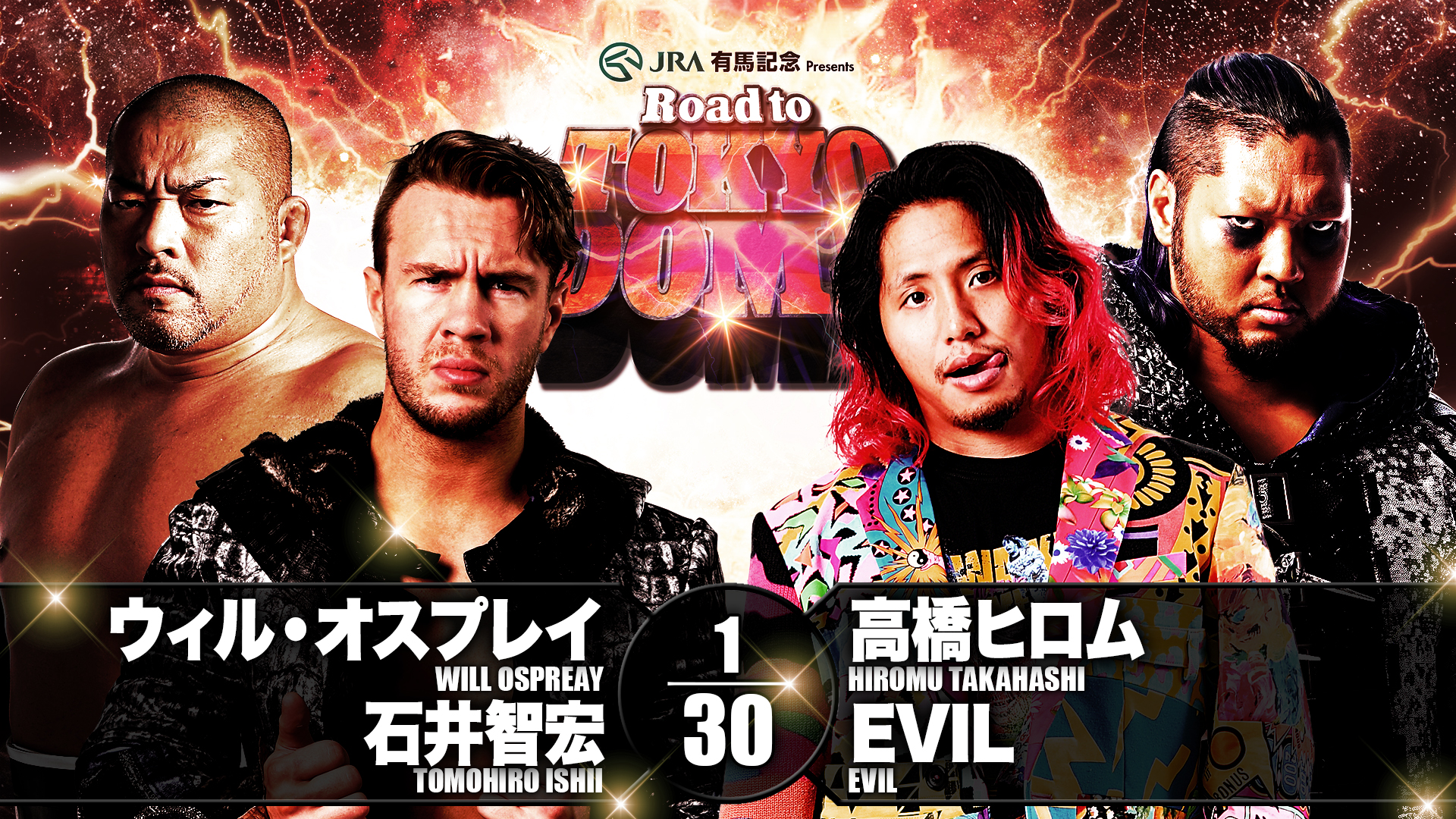 The two wildest, most sensational junior heavyweight wrestlers in the world team up with two of the world’s hardest hitting heavyweights in the fifth match of the night. After Robbie Eagles twice frustrated Hiromu Takahashi’s hopes for a victorious Korakuen comeback by pinning him on Dec. 19 and preventing the Time Bomb from making a save for BUSHI night two, Hiromu will be triply motivated to make a final move before Wrestle Kingdom. All four might head into their holidays with some bumps and bruises, but all in the name of giving the Korakuen fans and NJPW World viewers what should be a memorable Christmas present! 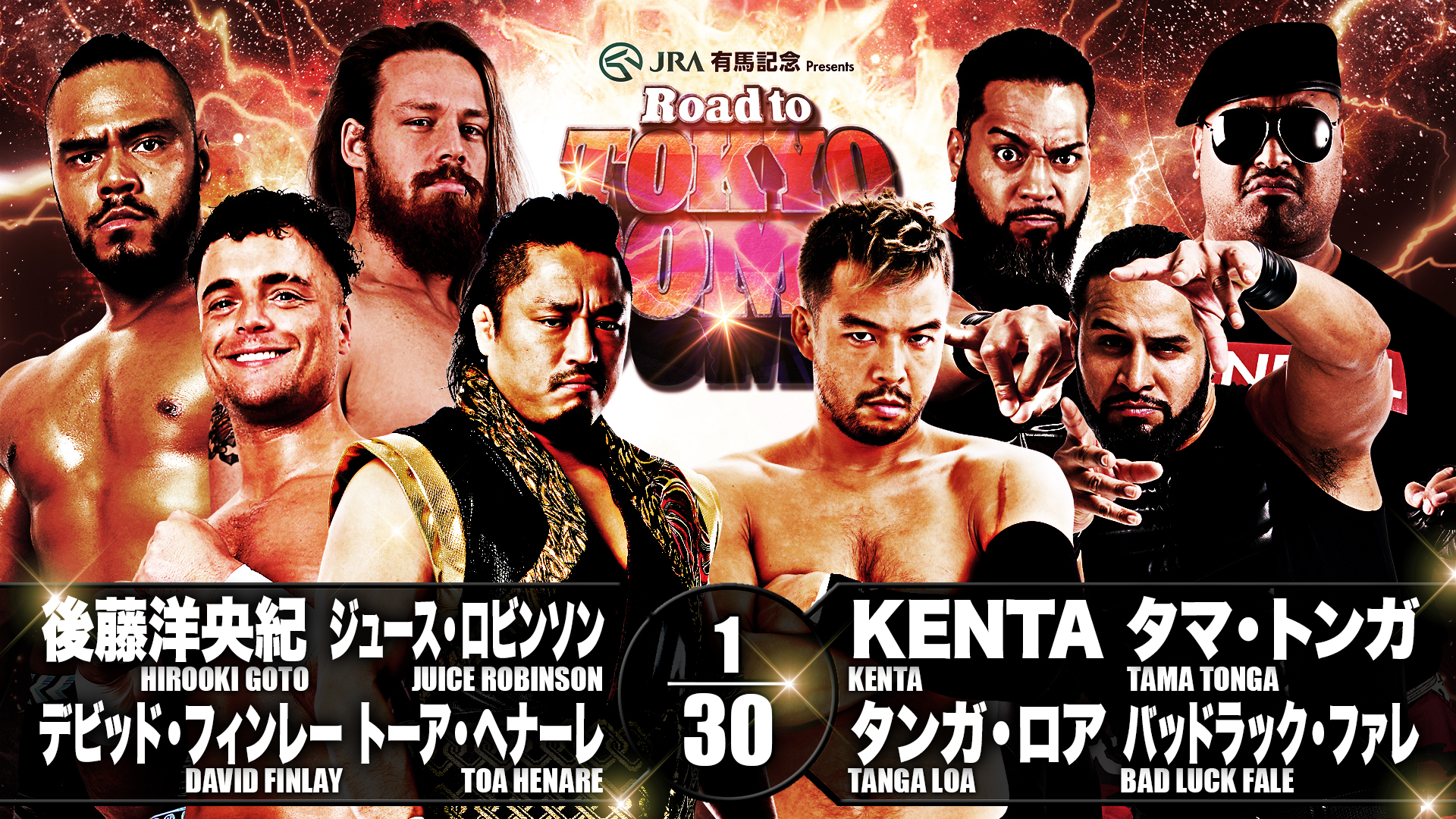 With just two weeks to go until FinJuice meet GoD and Goto takes on KENTA, tensions will be hitting fever pitch. Goto has twice managed to send powerful messages to the NEVER Champion these last two nights with emphatic victories, but it all comes down to January 5 and their championship clash. After all that’s been said, especially between Goto and KENTA, will anybody be able to keep these two teams apart? 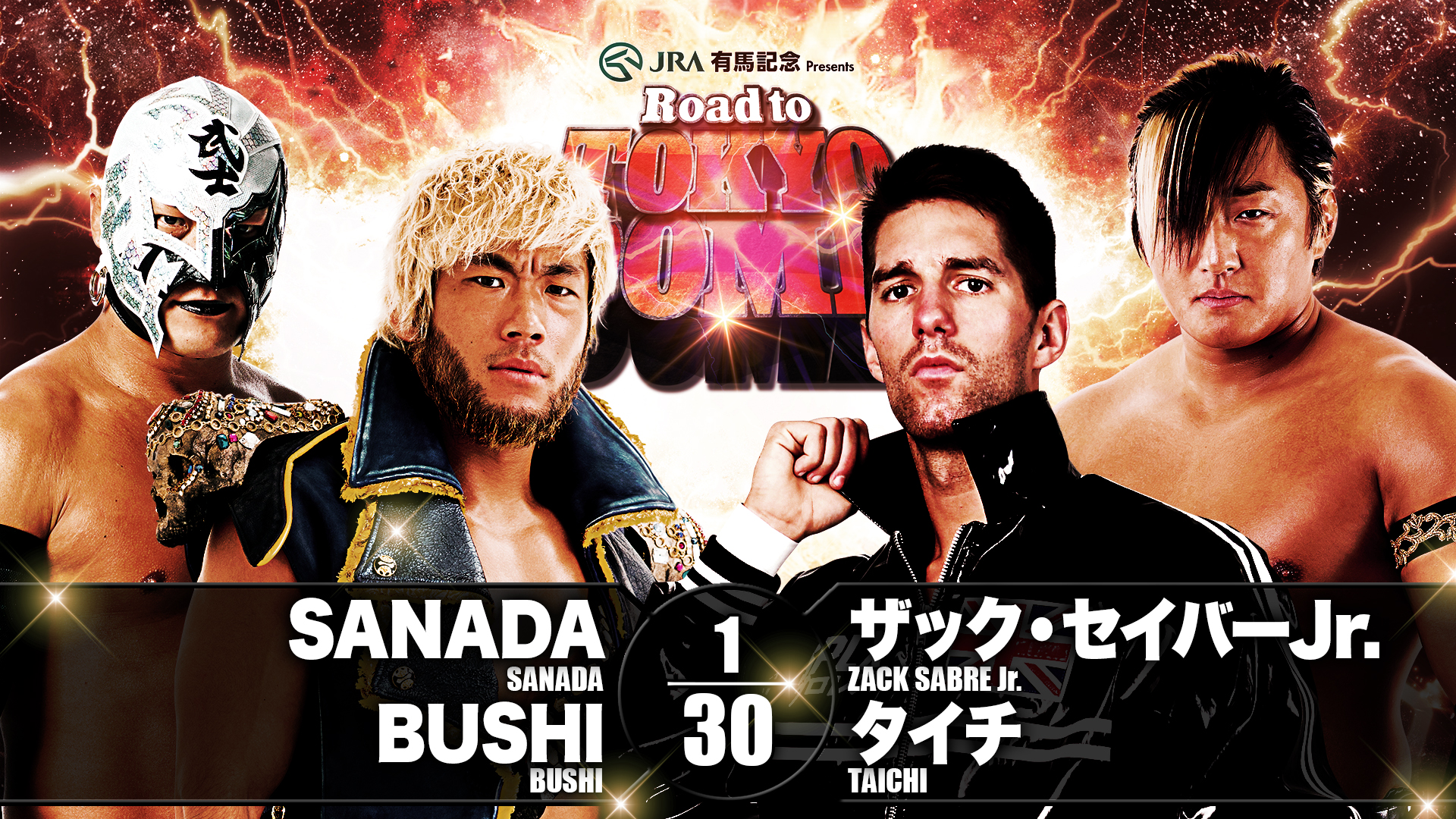 The third successive battle for SANADA against Dangerous Tekkers sees him teaming with BUSHI this time in Korakuen Hall. After ZSJ has taken such mock offense to SANADA’s satorial statements, the time for talk is over and Cold Skull will look to hold the light of hope for British Heavyweight gold in Korakuen. SANADA and ZSJ have traded flash pinfall victories the last two nights; who takes the Dome preview rubber match? 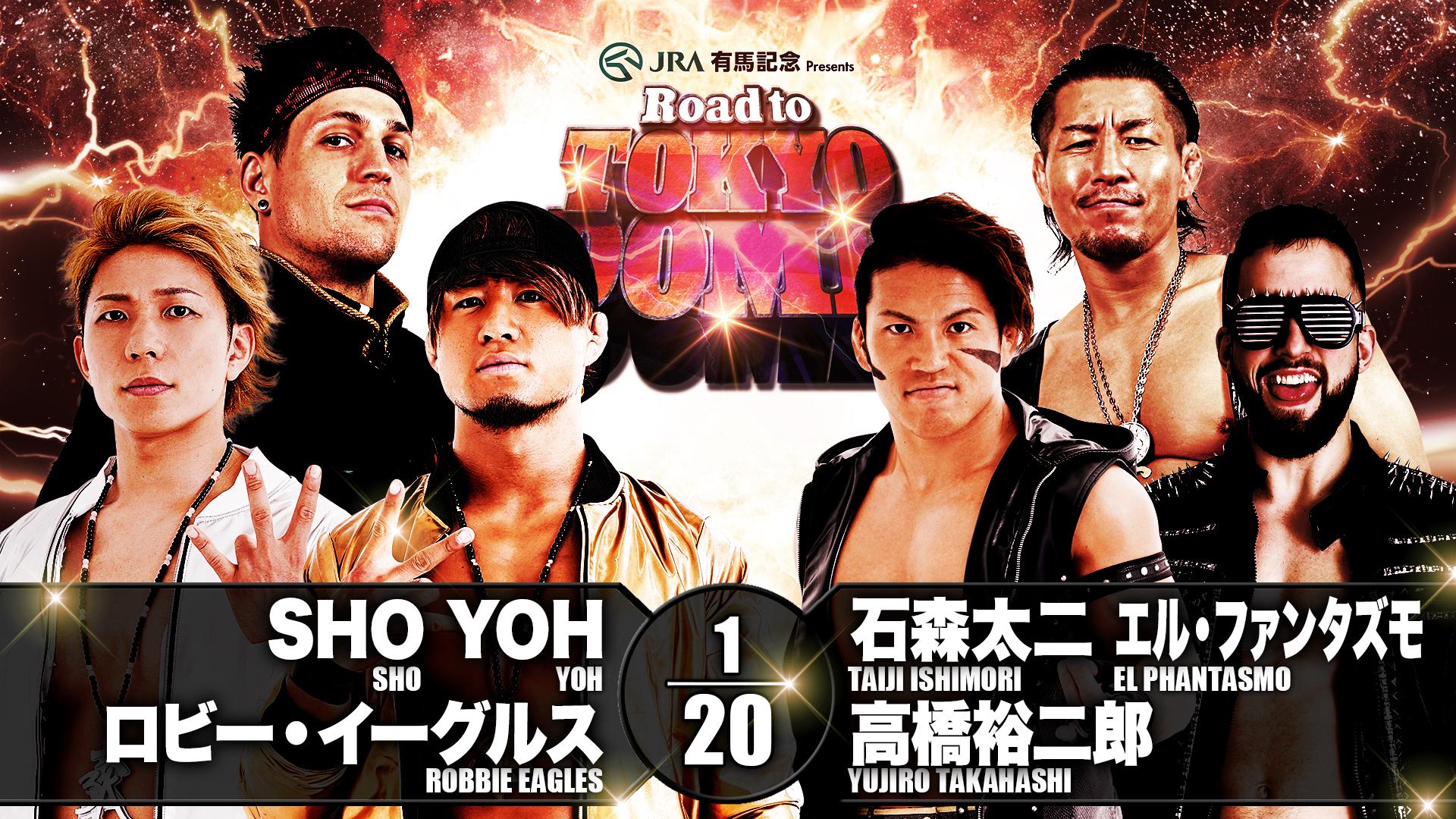 If ELP is to be believed, Roppongi 3K have spent their Decembers more concerned with getting in bodybuilding show shape than in ring shape. Roppongi 3K will be all business tonight however, as they make one last statement before trying to prove themselves worthy of both the Super Jr. Tag trophies that were stolen from them and the Junior Tag Team Championships that were won from them six months ago. Matters are getting ever more personal between these two teams, and everything escalated to top gear last night in Korakuen when the BULLET CLUB duo assaulted SHO and YOH, laying out their challengers with belt (and nut) shots. Will RPG3K recover in time for Korakuen Hall Saturday? 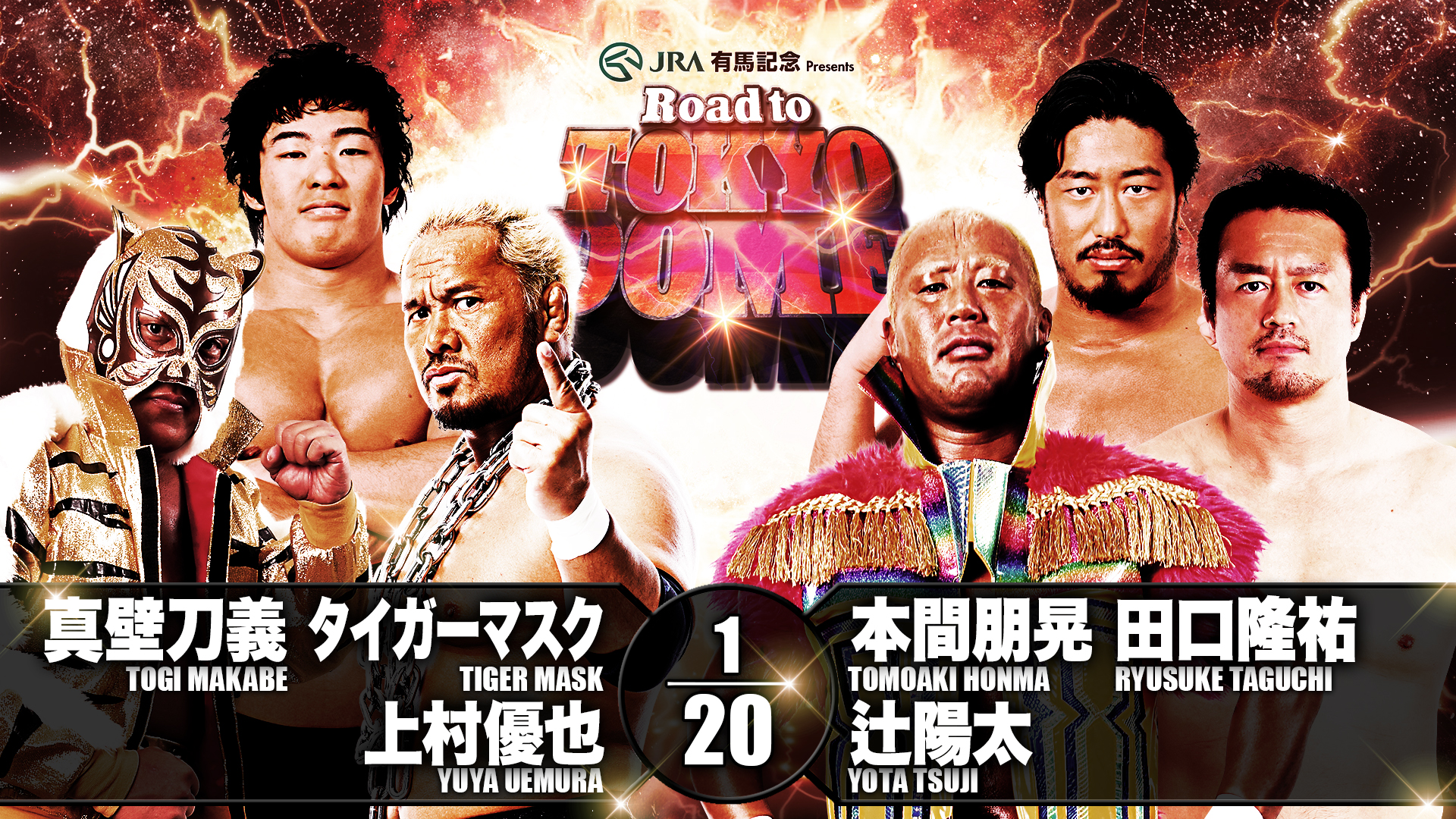 The night kicks off with two senpai/kohai trios in six man action. Uemura and Tsuji will have to co-exist to win in Tsuji’s dream of the opening contest at the Tokyo Dome January 4, as will Makabe and Honma. On January 5, the pre show NEVER 6-Man gauntlet will see Taguchi team with fellow champion Makabe too, but tonight, all the season’s good will goes out the window as the action starts hot!