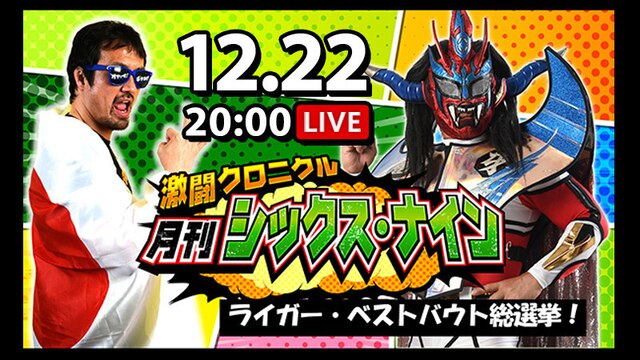 Check out the Jyushin Thunder Liger minisite, find out his history, and send a message to the man himself!

On the Japanese Taguchi 6.9 Special! broadcast on December 22, the winner of our recent Best of Liger career match poll was revealed.

The stars were out for the special, with an entire parade of Liger cosplayers showing up in full regalia! 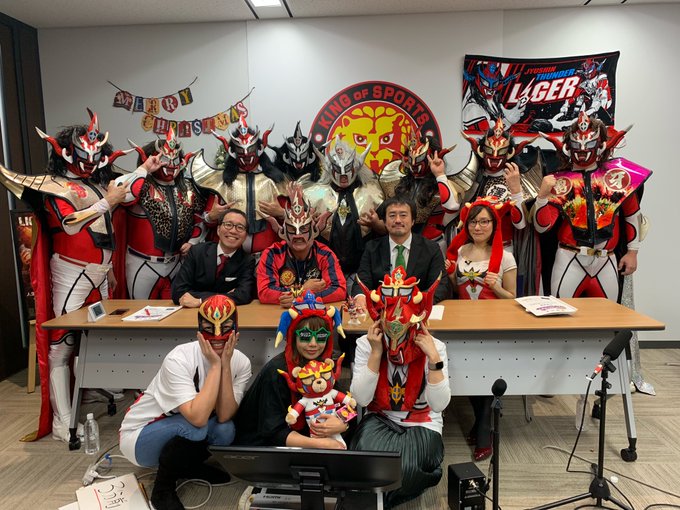 Special video sequences detailed some of Liger’s career highlights, including his fights on behalf of NJPW against organizations like WAR, UWFI and NOAH.

–Liger also took questions from fans. When asked what the toughest match of his career was, Liger responded that of late, Minoru Suzuki. Both had come up with Yoshiaki Fujiwara’s training and did not want to lose to the other.

–Asked how many costumes he’s had made over the years, Liger couldn’t remember, but of all the Liger styles he’s worn over the year, the original red and white is what he loves the best.

–A fan asked how he invented the Shooting Star Press, which Liger said was inspired by professional high divers, but said that Ospreay has perfected the move he created.

–Liger said that if somebody wanted to take the reigns and become the second Jyushin Thunder Liger then they would be welcome to that, but he wouldn’t push that upon someone. The Liger mask was originally set to go to Masakatsu Funaki before he went to UWF.

–Liger stated he would continue to join the Japanese broadcast team even after retirement, saying ‘I’m not a great colour commentator, but I love wrestling, and this way I get to see it from the best seat at ringside’.

–Asked for his plans after retirement, Liger said the release will probably see him just staring at the wall for a day while he takes it in, before taking his next step, whatever that will entail.

–Asked about wrestling in the body suit, Liger commented that he is fine wrestling in the suit, but putting it on and especially taking it off is a challenge. After wrestling and getting soaked in sweat, he sometimes needs help getting the suit pulled off!

–Asked what will happen to his room in the Dojo after retirement Liger said he doesn’t want to leave. It’s a peaceful place where he can work on his sculpture, he has plenty of food, and can work out when he wants!

–On what he wants to say to his wife, Liger said he spends a lot of time in Tokyo in the Dojo, while the rest of his family are in Fukuoka. Liger understands and appreciates all he has done. Will she be at the building for his retirement? ‘Yeah, but she’ll be drinking hard!’ 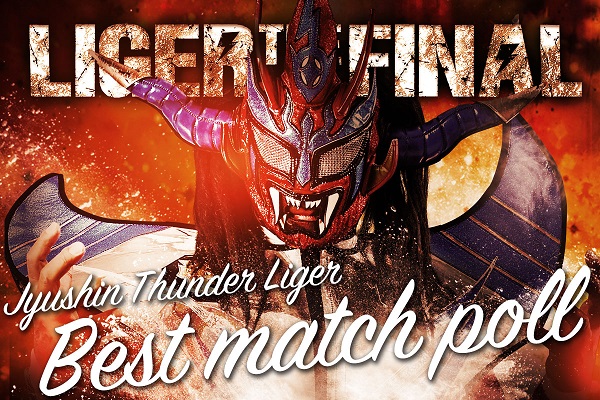 Over 5000 people voted in the Liger best match poll, with the top 20 matches announced on the special. The full list was: 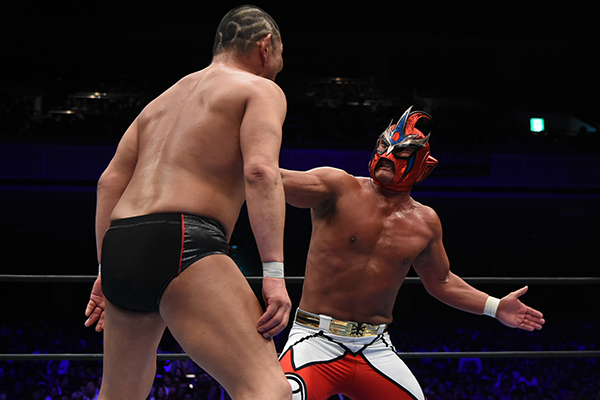 On the winning match against Minoru Suzuki, Liger remarked ‘it really represented what I’ve always done and what pro-wrestling is about. Ask Kazuchika Okada the same question, about what it means to be a wrestler and a champion, and he’ll say quite simply it’s about standing in the ring and trying to smash whomever’s in front of you. That’s what that match was’. 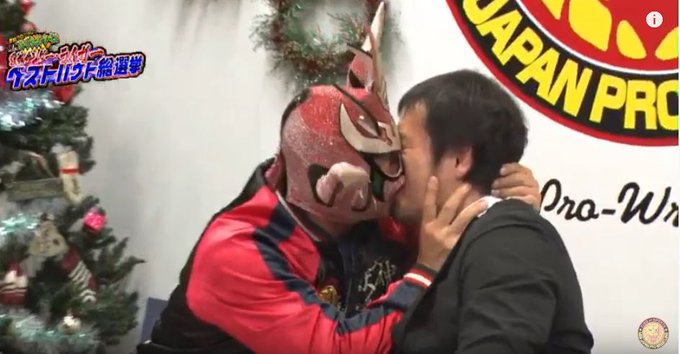 The evening closed with Liger talking about his retirement matches. On the eight man that sees him team with Tiger Mask, Great Sasuke and Tatsumi Fujinami against Ryusuke Taguchi Shinjiro Otani, Tatsuhito Takaiwa and Naoki Sano, Liger said that it was the perfect meeting of people from his past and present. Taguchi explained that without Liger, he would not be in the wrestling business, and certainly not NJPW, words which led to Liger kissing the Coach!

About his last match on January 5 2020, teaming with Naoki Sano against Ryu Lee and Hiromu Takahashi, Liger spoke about the similarities between he and Sano’s rivalry and Hiromu and Lee’s rivalry. He asked for a ‘200% Hiromu, and an IWGP Junior Heavyweight Champion after January 4. Otherwise that’s a disrepect to me and disrespect to Sano. Understand I will beat the hell out of you. I’m not here to have a parade and sleepwalk through this. I am going to beat the hell out of you January 5.

Finally, Keiji Muto made a surprise appearance. He praised Liger for his efforts when he wrestled him in 1996, that it brought an added layer of emotion to the crowd. Muto did find it strange that a certain Keiichi Yamada, who was Muto’s Dojo senpai, went on foreign excursion in 1988 and never came back; Muto said maybe one day if Liger could put in the call, Yamada might finally have his return bout in a Pro Wrestling Masters ring.

Yoshiaki Fujiwara also sent a message, congratulating Liger. Fujiwara remembered once coming down with a cold, but being challenged to spar with Liger would always bring energy back to him.  The tributes meant for a touching end to a tremendous broadcast!