How to Defuse a Bomb: Will Ospreay is ready for the Dome 【WK14C】

Will Ospreay speaks on Hiromu, standing up for his division and stealing the show at Wrestle Kingdom 14! 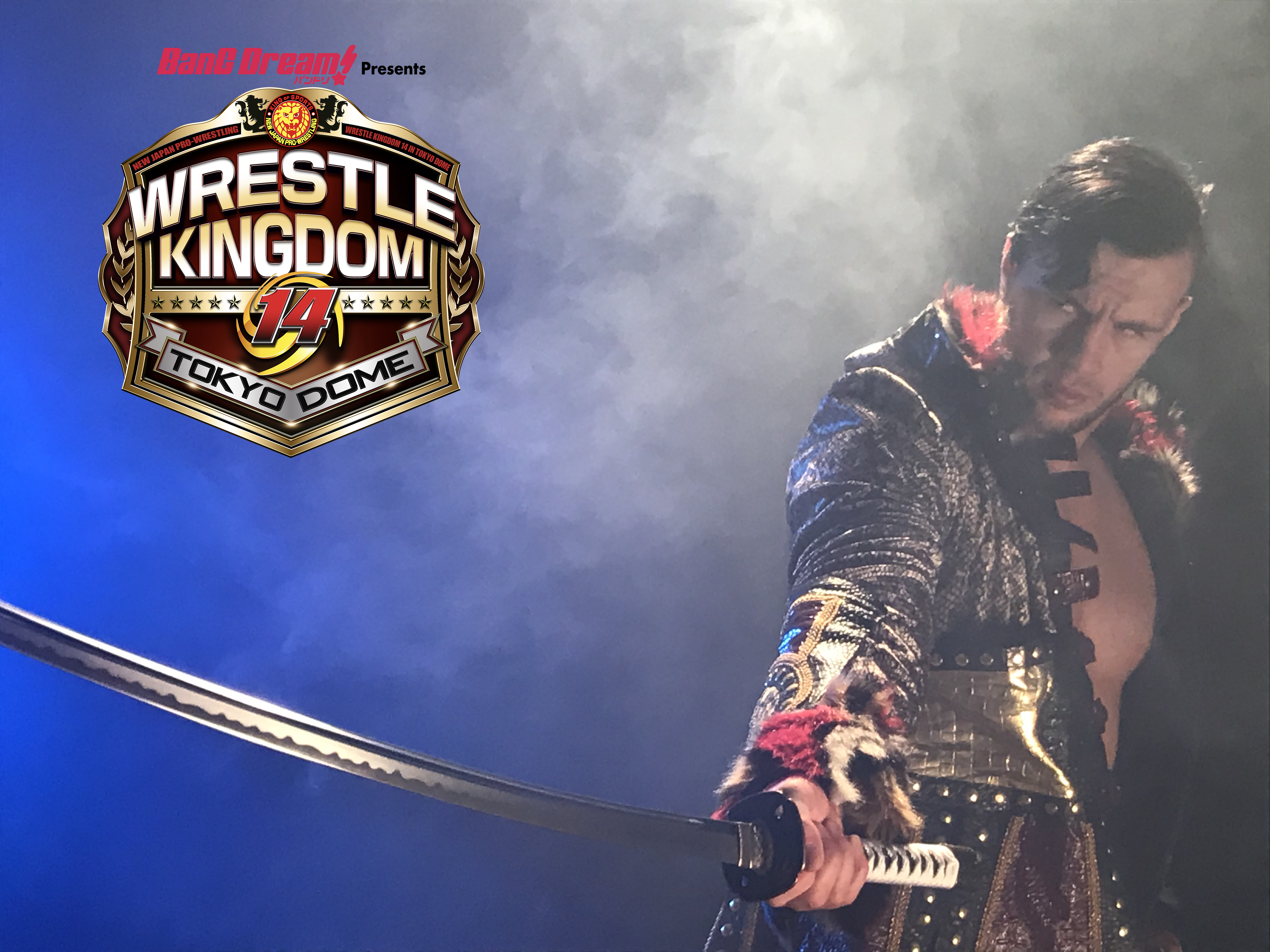 Watch all of Wrestle Kingdom 14 LIVE and in English on NJPW World!

Hiromu needs to come up with something fresh

Ospreay: Yeah, it must have been, so this is my fourth coming up.

–What has Wrestle Kingdom come to mean to you?

Ospreay: It gets bigger and bigger every time I come to do it. The first time I was in a six man tag (with Jado & YOSHI-HASHI in a gauntlet match for the NEVER Openweight 6-Man Tag team Championships), then it was the four way (versus Marty Scurll, KUSHIDA & Hiromu Takahashi for the IWGP Junior Heavyweight Championship) the third was with (Kota) Ibushi (for the NEVER Openweight Championship) and now I’m in one of my most high profile singles matches of all time, so it means the world to me.

–And your opponent is someone you’re very familiar with. What’s different this time when it comes to you against Hiromu Takahashi?

Ospreay: I think *I’m* different. I don’t know whether Hiromu has changed over his time off, but I know that I have. I’ve had to mix my style up to wrestle junior heavyweights and heavyweights, and I can safely say that I’ve beaten some of the greatest heavyweights in NJPW. So I have evolved, whereas he’s been hurt and hasn’t had the chance for that growth. I don’t know what his plan is, we’ll just have to find out.

–We first saw a new side of you on January 4 2019, against Kota Ibushi at the Dome. It was a more aggressive style from you, and more strike based, and that came from your own rib injury, didn’t it?

–Do you think that Hiromu’s been spending his time away working on a new style?

Ospreay: That’s what I would do. If I have time off, I always try to find something new or different to come back with. He’s had so much time, and he’s almost been in isolation, wanting to get in the ring, and probably constantly scouting me and the junior heavyweight division. If he did that he’d probably realise that I’m a different Will to the one that he beat before. He needs to come with something fresh.

We’re going out to steal the weekend. Nobody on Earth can do what we do 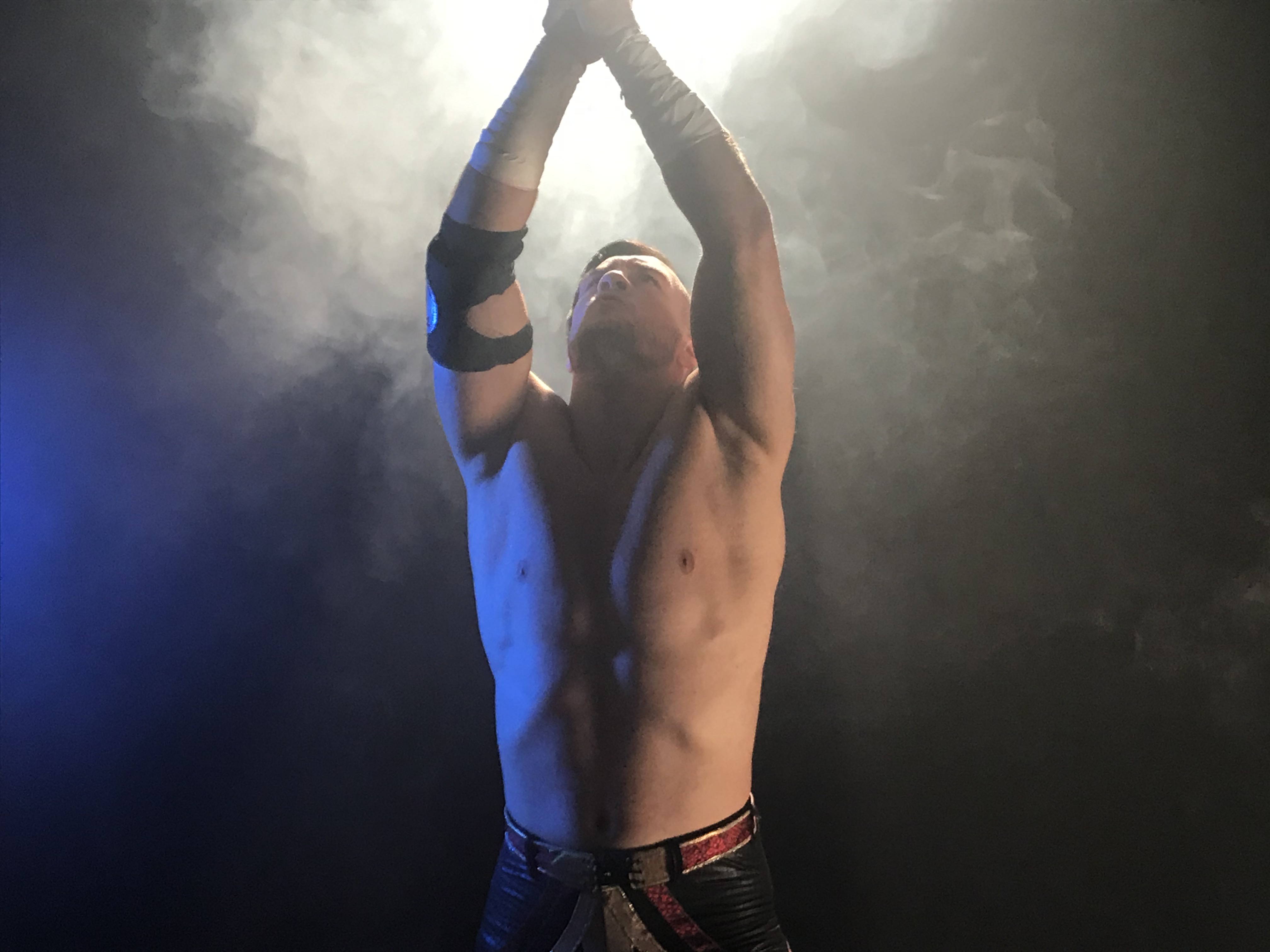 –You haven’t had to deal with the lengthy absence that he’s had, but can you speak to the mentality of a wrestler dealing with time away due to injury? Do you want to avoid all wrestling, or immerse yourself in it?

Ospreay: When I had my rib injury (in late 2018), I just wanted to wrestle. I was so annoyed I couldn’t do basic tasks like wash the dishes or drive the car. It makes you a little bit insane, trapped in a room all that time. I would just watch wrestling, old and new and figure out stuff that would work coming back, and that’s something Hiromu might have been doing. But the tradition and the wrestling culture between our two countries is very different so I can’t really say what his mental state is. I don’t understand him when he’s healthy! Whenever I have him figured out, he throws you something different.

–Did the Hiromu that was in Osaka surprise you, or did he seem familiar? He was off the wall as ever, but backstage he did allude to having something more than just the Time Bomb…

Ospreay: He said that? So there you go. Now I know there’s something else I have to look out for. Like when I started using the Hidden Blade and the Stormbreaker, I had spent time perfecting other things and I was ready to bring them to the ring. I’m sure it’s the same with him. I think I saw pictures of him in Mexico, and he might well have gone there to figure out new stuff.

–At the press conference after Power Struggle, a lot of talk came out of you saying the junior heavyweights not being given the main event spot. On January 4, you’ll be sixth on the card…

Ospreay: What’s above us?

–The Intercontinental and Heavyweight Championship matches.

Ospreay: OK, that’s better. The junior title is higher than it has been. The year I won, it was behind the US title, fourth from the top. So it’s a sign that people want to see the junior heavyweights more. I understand that this Double Gold Dash is a huge deal, but to me the junior heavyweights have inspired so many people, and had the best matches of the year, whether Ishimori, or KUSHIDA, or Ryu (formerly Dragon) Lee. The juniors have brought it and nobody can argue with that. The double title match will be legendary, but we’re going out there to steal the weekend, because nobody in the world can do what we can do.

–Your comments at the press conference reminded me of some similar statements you made before Dominion, where you and Ryu Lee weren’t on the poster for the event. Is there something you’d like changed on a fundamental level when it comes to the junior heavyweights and the perception of them?

Ospreay: It’s not like I was demanding for my face to be on the poster, but it was for any junior heavyweight at all to be on there. Look at Wrestle Kingdom. The only junior heavyweight on the poster, and of course he should be, is Jyushin Thunder Liger. The others on it are Jay, Naito, Okada and Ibushi. Are you ignoring us again? It does frustrate me, because we give so much, but aren’t seen as marketable draws. Yet we have so much identity and character and bring everything in the ring. Listen to Hiromu’s reaction when he came back! That reaction was huge, but what does it take to be on the commercials? If we have to kill ourselves, we’ll go to those lengths, for sure.

NJPW needs to give us the platform to deliver 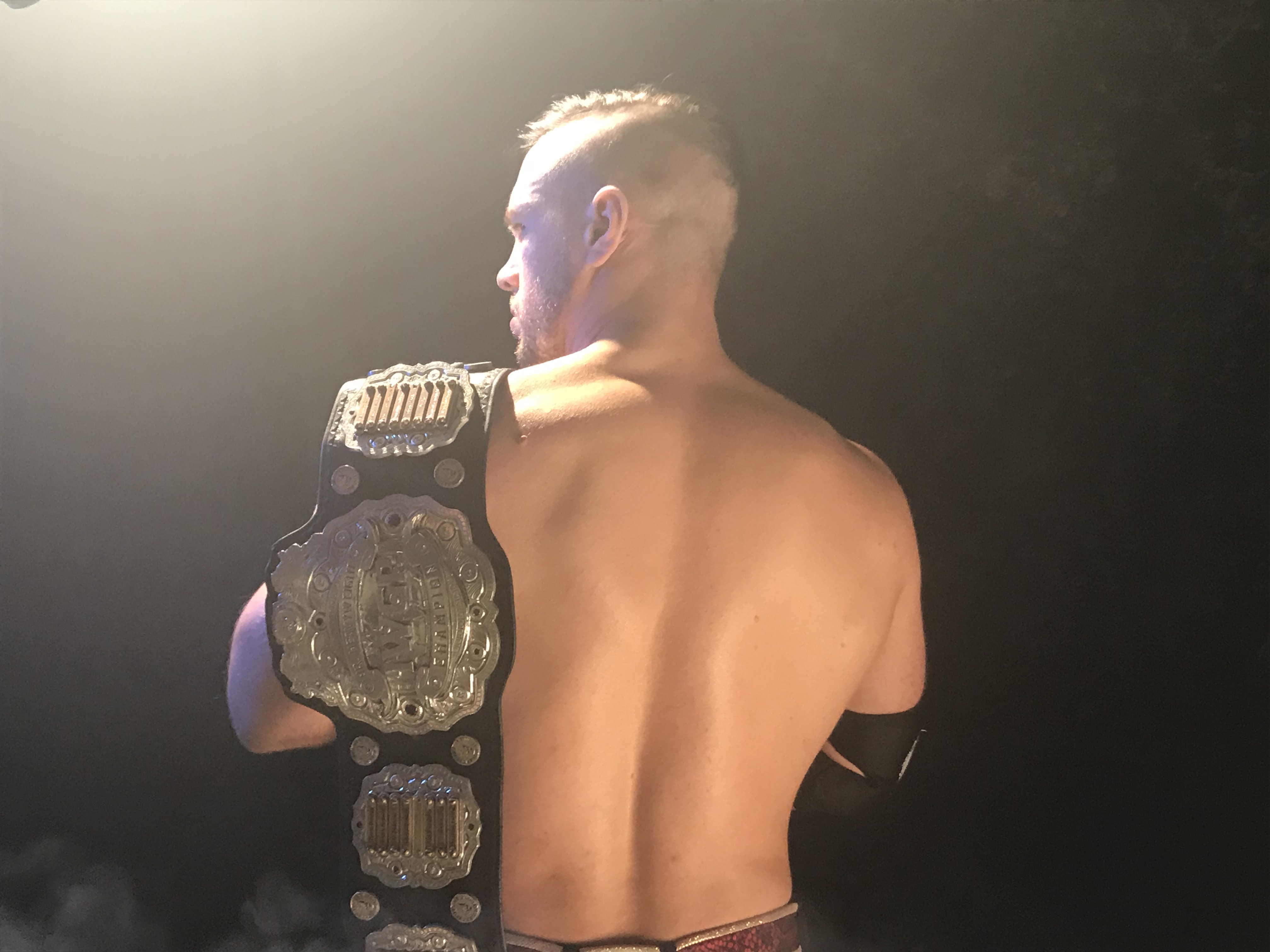 –It’s been a very demanding schedule for you this year. From New Japan Cup, to Best of the Super Juniors, then G1, Super J-Cup and Super Junior Tag League. Do you feel like you proved the point you wanted to prove by working that schedule this year?

Ospreay: I think I can happily say I’ve proved myself in the junior heavyweight division and I’ve elevated my division. But I don’t want to stay in one place, I want to challenge myself. I don’t want to stay in one little spot. It all started in the New Japan Cup, and I lost to Okada. I don’t know why, but I just can’t beat Okada. But then we went on to BoSJ, and I may not have had the run Shingo (Takagi) had steamrolling everybody, but I went 20 plus minute matches with everybody in that thing. The one sub eight minute match I wrestled was (Ren) Narita and even he pushed me hard.

But then I didn’t want to stop. I took the IWGP Junior Heavyweight title and went into the G1. The G1 is a completely different animal, because most of those guys have 20 kg on me, and then in the G1 I even lost weight, because the schedule was too tight for me to meal plan and diet.

Then I had a singles match in Australia, and then Super J-Cup, where I wrestled one of my heroes in the Amazing Red, and then me and Robbie (Eagles) became such a good team I didn’t want that to go to waste, so we went into the (junior) tag league. I was planning to win the tag titles one night and then defend the Junior Heavyweight Championship the other night in the Dome!

I have proved my point that I will get views and attention and notice wherever I am, but I just need to focus on one thing. Jay (White) said I stretch myself too far, and I have to agree with him because I didn’t win everything. So maybe I’ll only enter one or two tournaments next year.

–And would those be junior heavyweight tournaments? Would you be in the G1 next year?

Ospreay: I really don’t know, until Wrestle Kingdom is over. But I can’t help but feel, after beating (Hiroshi) Tanahashi, I can accomplish more, but I don’t want to leave the junior heavyweight division because I’m needed there.

Ospreay: We need more main events. There’s such a huge demand for us. We saw that with me being in the G1 and Shingo being in there as a junior; we were the standouts of our blocks. Nobody has had the year we had. Only the junior heavyweights can perform on a big match main event level like we do. So I think NJPW needs to invest more time in us and give us the platform for us to deliver.

I don’t know if it’s the same Hiromu. It’s for damn sure a different Will Ospreay 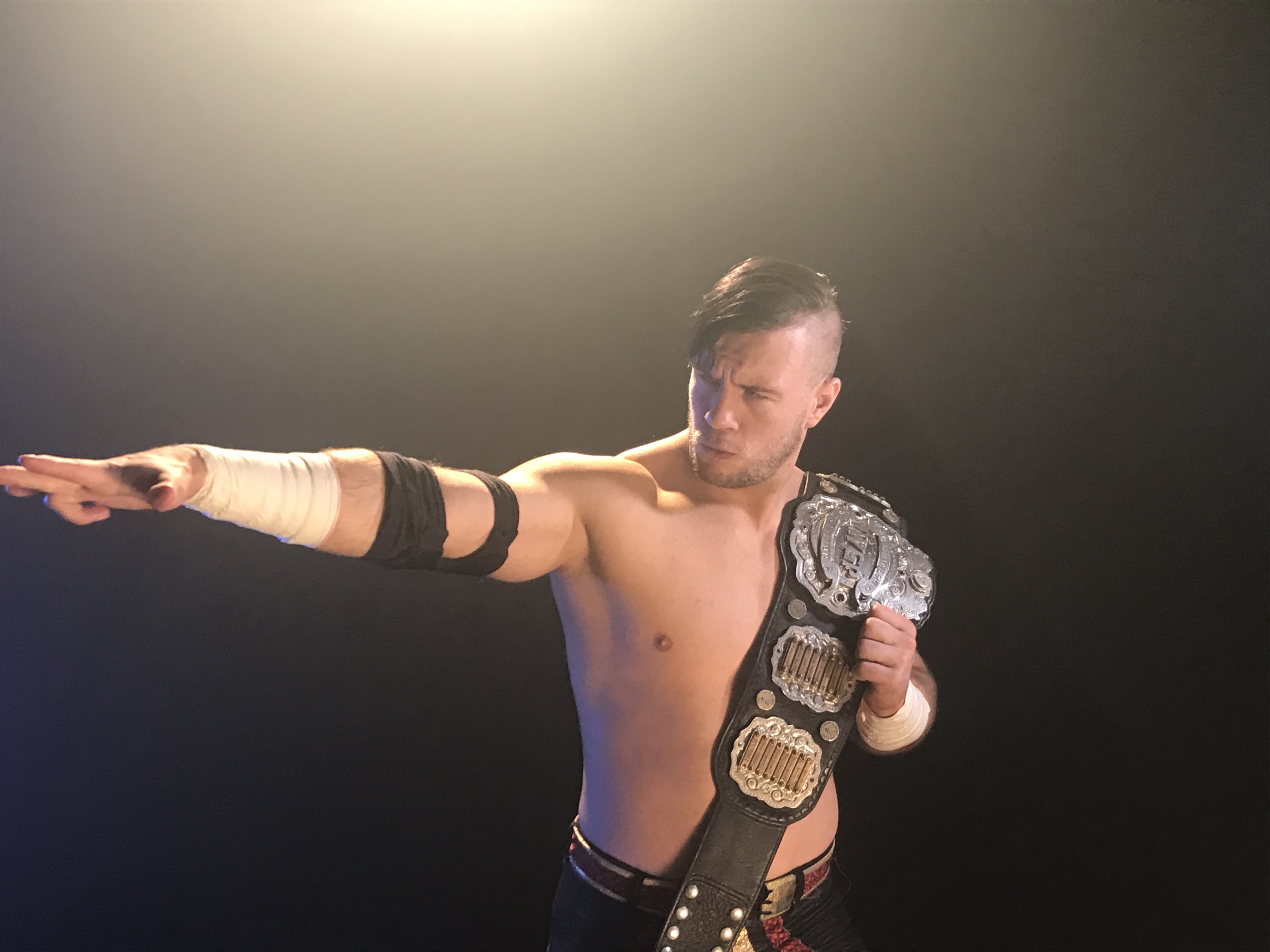 –Maybe this is controversial, but three, five years from now will there still be a need to distinguish between junior heavyweights and heavyweights? American wrestling is mostly openweight, for example.

Ospreay: 100% there is a need for that distinction. There are some people who will never graduate to heavyweight status, and while I know anyone can beat anyone, a heavyweight has a distinct advantage in size and weight. So we need the distinction, and the legacy and history speaks for itself. You can’t throw away years and years of Liger’s work for instance.

I do think the NEVER Openweight Championship needs to be rethought. KENTA and Goto will face each other for that in the Dome, and that’s two heavyweights. It’ll be a great match, but the Openweight nature needs to be a bigger deal.

But the Junior Heavyweight Championship needs to be here forever. This title needs to be here forever. I mean, we should update the belt! There’s only so many nameplates on here, so BUSHI’s name is there but me and Marty and Hiromu aren’t (laughs), but I can’t imagine a world where that legacy is erased. Plus with so many more opportunities in the US and Japan next year, there are more main events and more chances for the juniors to main event.

–And fans come to heavyweight and junior wrestling for those different styles, too.

Ospreay: But all the same, the Openweight division could be really exciting. Like in MSG where I’m a junior facing Jeff Cobb, who’s a truck (laughs). That is an attraction that brings fans in more. So while we need separate weight classes, I think the NEVER title should be Openweight, not just bachi bachi hard man heavyweights. Just heavyweights versus junior heavyweights.

–To get us back to January 4, your final comments. A huge show to steal. Why is your match with Hiromu going to be the one to remember?

Ospreay: I’ve had a hell of a year. A difficult one, but one where I’ve grown and evolved and poured my soul into these matches. And all that time, this man Hiromu has not been able to move his head. Imagine not being able to turn your head side to side. All he’s been able to do is have his eyes glued to the screen, waiting for the day to come back. He’s gotten stronger and stronger and now he’s stepped out of the darkness. He beat me for that championship one year ago at Dominion, and now we find out on the biggest stage whether he can still go. I don’t know whether it’s the same Hiromu as the one that beat me, but he’s damn sure facing a different Will Ospreay. The one thing we do know is we both, and all the junior heavyweights, are going to sacrifice every single thing we have to steal the show. 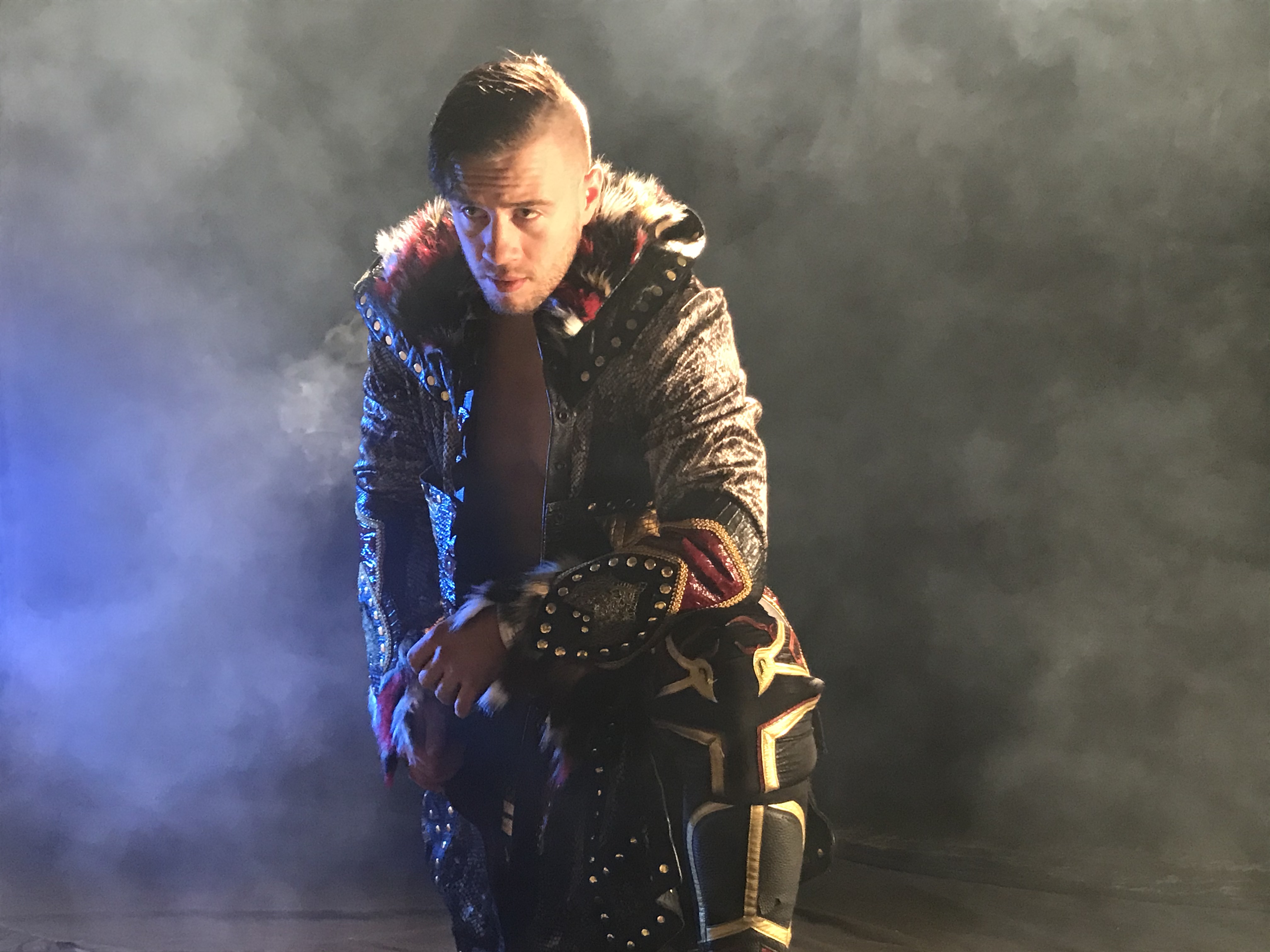