Kota Ibushi gives his thoughts on Wrestle Kingdom in our revealing interview! 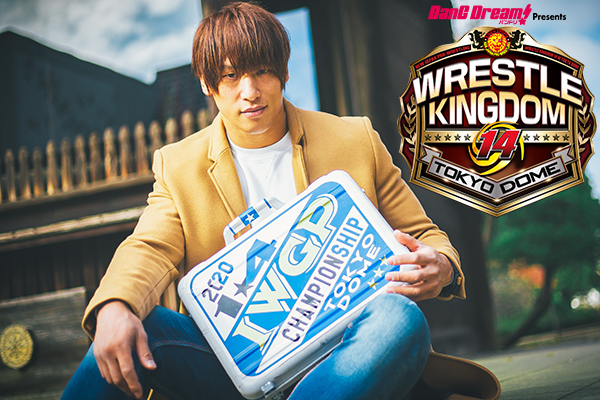 Watch all of Wrestle Kingdom 14 LIVE and in English on NJPW World!

The Tokyo Dome is just the start. 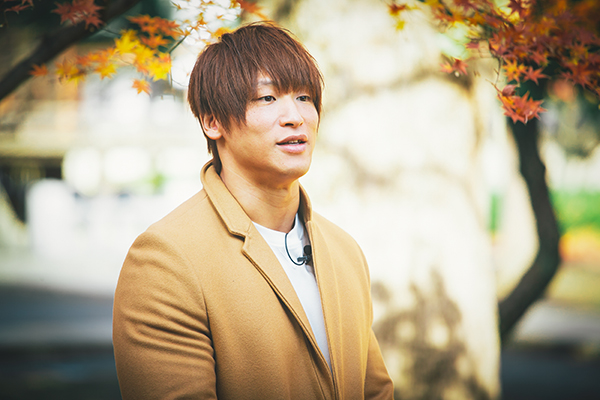 –So we’re now days away from Wrestle Kingdom and the Double Gold Dash.

Ibushi: Whenever I’ve talked about wanting two championships, it’s always been with the dream in mind of furthering professional wrestling. Having two titles would make for the ultimate platform for that message.

–It certainly seems to be what the fans want to see, after a fan poll came out in support of the Double Gold Dash.

Ibushi: Right. I think that was to be expected; Okada came out and said that he thought just having the IWGP Heavyweight Championship was enough, but that went against what Naito, Jay and I all thought. So it stands to reason that in a vote, it’d be a 3:1 split. It wasn’t necessarily a fair vote.

–It was as much a proposition from Okada as anything else.

Ibushi: I think he never wanted to come right out and say he wanted to go into this double title situation. But if he proposed a fan vote that he knew the result would be of, it would happen. I think in his heart of hearts he wanted this.

Ibushi: He’s thinking a few moves ahead for sure.

–So, we’re coming up to two nights in the Tokyo Dome, a first for NJPW.

Ibushi: A first for pro-wrestling, to have back-to-back nights on this kind of scale. And there’s a chance for me to main event on both of those nights, and win two titles across the weekend. That’s a huge plus when it comes to furthering professional wrestling.

–It certainly seems like a once in a lifetime chance.

Ibushi: Right. Who knows whether there’ll be two back-to-back nights in the Dome again? Or if there’ll ever be a title situation like this again? Anyway you look at it it’s now or never. I can’t let this opportunity slip away.

–You feel you have to be a double champion by any means necessary?

Ibushi: Right, but I don’t want to be fighting dirty, or for there to be any doubt. This is all about furthering wrestling in my opinion, and it has to be done the right way.

–You’re planning to fight fair, not changing your style?

Ibushi: Right. I have faith in my own style of wrestling to do what I want to do.

–So we’re going to see the true power of wrestling in the Tokyo Dome?

Ibushi: Not all of it yet. There’s so much I and we can all achieve. The Tokyo Dome is just the start.

There are so many possibilities for professional wrestling. 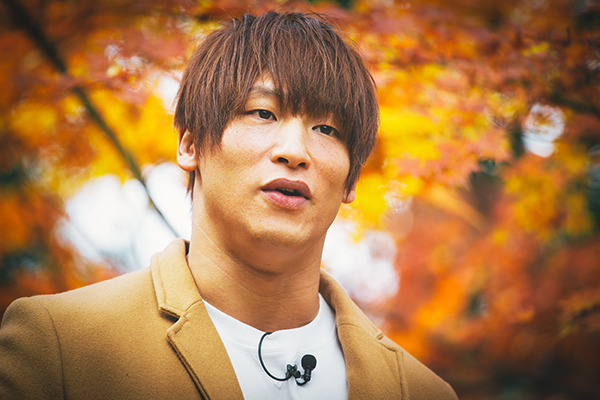 –Your opponent on January 4, Kazuchika Okada, took issue with the presentation of the G1 Climax trophy and briefcase as on a level with the IWGP Heavyweight Championship.

Ibushi: I don’t see the two things as the same. And perhaps there is a gap in levels between him and I. But the whole point is that I can challenge him because I won the G1. It’s because I won the G1 that I have this briefcase. So I think he’s missing the point somewhat.

–At the World Tag League final, it seemed like the switch was flipped with you when you hit Okada with the briefcase.

Ibushi. Hmm. To be honest, I’d been holding back all the way through the tour. But don’t think for a second that that was as mad as I get. That moment was ten percent of the lengths I can go to. That said though, if I’ve been holding back, Okada has been even more, don’t you think?

–What do you mean?

Ibushi: Well if I’ve shown 10 percent of what I’m willing to do, Okada hasn’t shown anything at the moment.

–You don’t feel Okada’s shown what he can do?

Ibushi: I don’t think he’s shown anything. He’s kept his cards to his chest this whole time. To be honest I wonder whether he’s looking past me and this whole situation. I think he’s in trouble.

–The last singles match you had, August 10 in the Budokan, you won. So you think Okada has to show something different or the result will be the same.

Ibushi: I think the preview matches we’ve had have been regular tag matches to an extent. They’ve been good matches, they’ve been explosive at points, but we didn’t see him really get mad.

–One thing that’s not been talked about much is just how demanding the weekend will be. To go straight from one title match to the next, that’s incredibly tough physically and mentally.

Ibushi: I’m definitely aware of how tough it’s going to be. But I’m also really excited. Just the possibilities that can come from being double champion, that’s enough to be more excited than concerned.

–Even if you win on night one, you have to face another champion on night two in either Naito or Jay White.

Ibushi: But that’s just what drew me into wrestling in the first place, ever since I was small. The idea of the toughest, strongest guys fighting it out.

–You’ve talked about furthering pro-wrestling, but Okada’s goals aren’t all that different.

Ibushi: I agree to an extent, but our views on what that means are different, I think. I want to broaden the very idea of what pro-wrestling is as a medium. There are so many possibilities for professional wrestling and that’s why I want to broaden it.

Ibushi: But I don’t have a belt at the moment. I don’t have the platform that a champion has. At the moment it’s all just empty talk. That’s why the two titles are so important.

I’m not calculating everything out. I’m going by feel here. 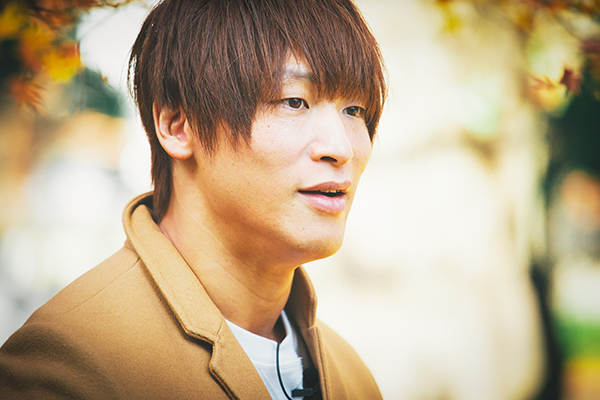 –What do you mean when you talk about the possibilities for pro-wrestling?

Ibushi: They’re infinite really, aren’t they? There’s so much that’s open in pro-wrestling. In more ways than one, you escape disqualifications if you break on a four count. We fight in a four sided ring, but there’s nothing stopping it being a circle, or a triangle. It’s different to any other sports, it has more potential than any other sport.

–It can change, shape shift in a way.

–So when Okada talks about furthering professional wrestling, how does his vision differ to yours?

Ibushi: He talks about furthering it, but I wouldn’t use that word. When Okada says it, I think he means that he wants more people to come and watch it, to do wrestle in bigger arenas, in front of bigger crowds, things like that. That’s not what I’m talking about.

–You have different thought processes when it comes to the whole situation.

Ibushi: Right. The semantics are similar is all.

–We talked about the briefcase scenario before and that wild Ibushi. We didn’t see that guy much in the G1.

Ibushi: I think you’re right. Back then I had my ankle injury and I knew it was a long haul. I think I paced myself more then, was more calculated. This time, the calculations are going out the window. I’m going by feel here.

–We can’t predict what you’ll do out there?

Ibushi *I* can’t predict what I’ll do out there! I think that’s the way that gets the best results.

–Have you envisioned yourself as double champion?

Ibushi: I haven’t given that too much thought. If I don’t win on the fourth, I can’t even get into the main event on the fifth. So it’s a bit like the last three nights of the G1. Until I win the first match, I can’t think about the second one.

–Is your experience in that kind of situation advantageous to you?

Ibushi: Perhaps. At the Budokan, the A Block final was first, and I had to put all I had into beating Okada that night. If I didn’t win then I wouldn’t have made it into the final on the third night. It’s a similar scenario.

–That scenario, though, just happens to be your first ever Tokyo Dome main event on January 4.

Ibushi: Right. In that sense, Okada certainly has the experience edge. But I don’t think it really matters. Advantage or disadvantage, I’m going all out.

–You touched on the ankle injury you had over the summer. How are you feeling physically right now?

Ibushi: Well, there isn’t a wrestler anywhere who’s ever 100%. Maybe in an all round sense, I might have been a healthier person before i started wrestling at all (laughs) but when it comes to being absolutely ready for this, I couldn’t be in better shape.

Okada could be better than me in every aspect, but the fact remains that I’m always more dangerous than he is. 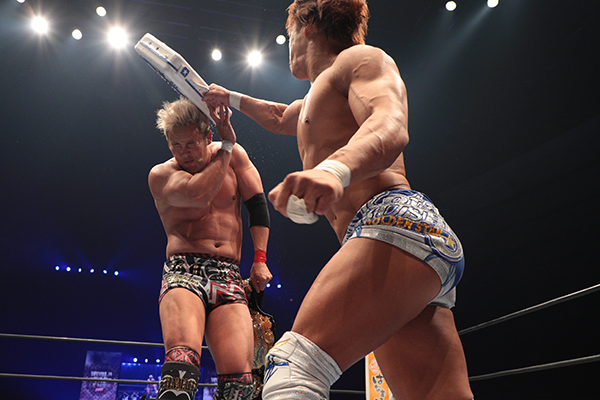 –You’ve faced Okada several times on the tours leading up to January 4. Do you think he’s changed since the G1?

Ibushi: I think in terms of physical strength, he’s gotten a lot stronger in such a short period of time. I think that’s come not just from his pure natural strength, but from pushing himself further and revealing a little more of what he had tucked away. It really feels like he’s become a different person in that respect at least.

–We talked about the briefcase at the World Tag League before, after Okada provoked you time and again.

Ibushi: That was the emotions coming out. But the point is that it was him who brought that side out of me. That really means that he provoked me and pushed me further than I could do him. I broke first so to speak.

–That said, is there anything you feel you have to be particularly careful about when it comes to Okada?

Ibushi: The thing is, if you drew up a spec sheet on Okada, or drew his parameters on a graph, he is probably better than me in every aspect. The difference is in how wild I can get. How dangerous I can get. However better he may be, the fact remains that I’m always more dangerous than he is.

–And we’ve seen that madness before, but is that something you can tap into at will? Are you in control of that?

Ibushi: I am now. But I wasn’t in control in Hiroshima. To an extent, perhaps I was the one being controlled, which is scary in itself. But I think I’m in control of my own emotions.

–So you can flip that switch any time you want?

Ibushi: I can. But what happens after that, I don’t know.

Ibushi: I can undo the leashes, but after that… You’ll see a side of me you haven’t seen. That *I* haven’t seen. I think you’ll see it at the Dome though.

–You started 2019 in the opening match of Wrestle Kingdom against Will Ospreay. 2020 starts with you in the Double Gold Dash. How can you sum up your year?

Ibushi: I went from the opener in the Dome last year to the main event. Made the finals of the G1 in 2018 and won in 2019. That’s a huge difference. Everything changed for me this year.

–Any final message for the fans?

Ibushi: Of all the four people in the Double Gold Dash, I am the strongest, and I am the best. I will come out on top, and on January 4 and 5, I’ll realize a dream and etch my name in legend! 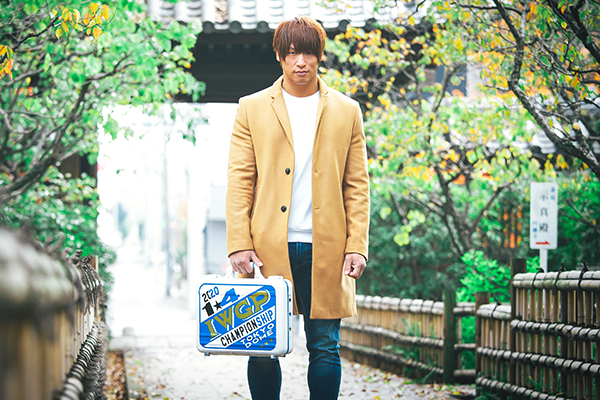