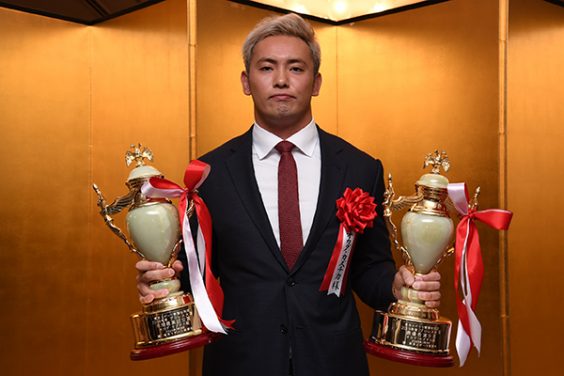 After being voted Tokyo Sports’ MVP in December, Kazuchika Okada formally accepted the award in Tokyo this week. Without the double championships he competed for in the Tokyo Dome, but with double honours as Most Valuable Player and match of the year winner, Okada addressed the wrestling media.

–Your thoughts having now received the MVP award?

Okada: This was the fourth time I’ve been MVP, but since the last time I won, they changed the entrance order. It used to be that the MVP came out first, but this was the first time I appeared last. I really got that ‘I did it!’ feeling. Anyway, this was the first time in four years I was MVP, and the sixth year running I took match of the year. I’ve been coming to this ceremony every year, so I want to make sure I do well enough to be here again next year.

–Unfortunately, you lost the IWGP Heavyweight Championship on January 5 and have to reset starting at the next tour.

Okada: Of course, being in a place like this, it would be much cooler if I had the belt with me. But not being champion actually opens new possibilities up. I can have matches that wouldn’t be possible if I were still champion. With Tokyo 2020 coming, I’d love to have a huge pro-wrestling event, one that beats out the Olympics. Involve the best from all sorts of organizations, show that the power of pro wrestling is far greater than amateur wrestling at the Olympics. That would be pretty cool. That’s the sort of thing I might be able to turn my attentions to if I’m not champion. That would be a cool thing to do.

–You want to involve promotions other than NJPW?

Okada: Right. I think we need to light a fire in the pro wrestling world in general. NJPW still has incredible possibilities and will keep tearing it up. Now, I’m in a position where I can help grow the power of all of professional wrestling. 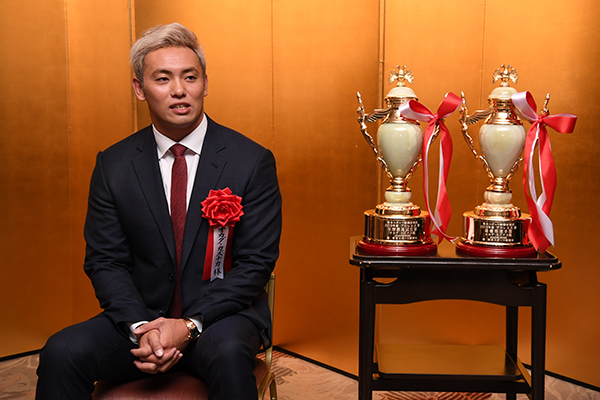 –Your next big matches are in Sapporo. You’ll be teaming with Jon Moxley on Feberuary 1 and facing Taichi on Feberuary 2.

Okada: I’ve never so much as shared a ring with Moxley, and where Taichi is concerned, we’ve been in tags but no singles matches since my debut, actually. So these are two completely fresh matchups that wouldn’t be possible if I were still champion, I think. I’m looking forward to bringing the heat we had in the Tokyo Dome to Sapporo, and then across all of Japan.

–Taichi said you’re finally coming for revenge after he beat you as a rookie.

— Taichi suggested you’ve been dodging him.

Okada: It’s really about two men who have changed a lot in these last two years. There might be some who saw my debut live, or watched on TV at the time. In 12 years we couldn’t be more different, he and I. I’d like people watching our match to be able to feel that change and growth. 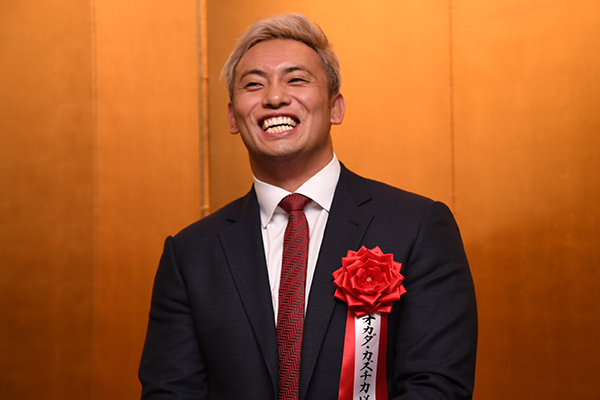 –To go back to what you were saying about a huge event. Are you thinking about some sort of all-star card?

Okada: Why not have an all-star card? When I was the champion it was my duty to be thinking solely about the championship and representing and growing New Japan, but now… It is an Olympic year after all. It would be a shame if we got to the end of the year and all people remember was the Olympics.

I’d love for fans to say ‘don’t forget, there was the Pro Wrestling All-Star card as well!’. I think that’d be cool. There are a lot of people in an awards ceremony like this from across the industry, the same age as me or younger. We can use all their power and ability to make all of pro-wrestling bigger. That’d be awesome.

Okada: That wouldn’t be a bad idea; if there are any buildings free (laughs). I mean, it’s a big opportunity, you don’t know when Japan will ever host the Olympics again. 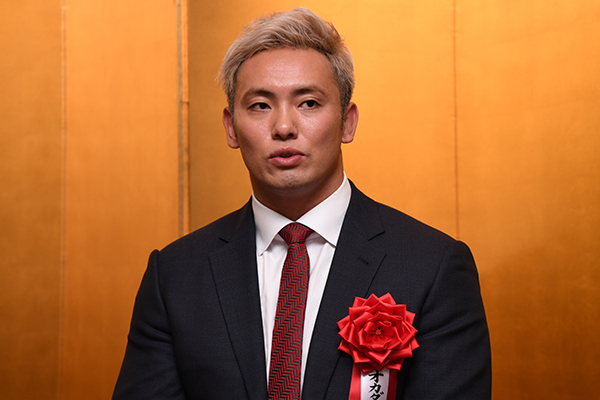 –If you had your pick from other promotions, who would you like to wrestle?

Okada: Hmm… I haven’t faced any of the champions from other promotions. Who is there? I wrestled Ibushi when he was in a different company, (Naomichi) Marufuji from NOAH, Suwama from All Japan, Shuji Kondo from WRESTLE-1…

I’d really like to face the younger guys from other promotions. People like Kento Miyahara from All Japan, or Kaito Kiyomiya from NOAH. That would be great if we could pull it off. It’d be great if we could create something that blows the Olympics out of the water when it comes to the fans’ reception.