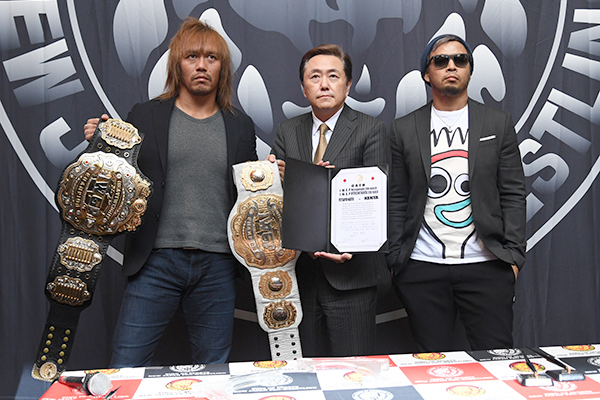 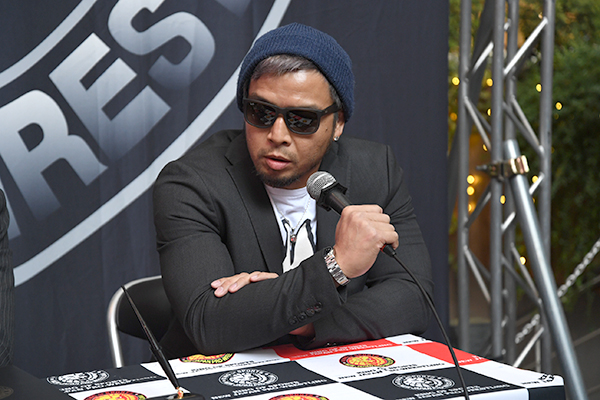 ‘Well I’ve said this a lot lately, but tomorrow, a lot of things are gonna change around here. Well, I hope you’re all looking forward to it. Oh, and one more thing, did anyone actually buy those Tetsuya Naito underpants? Is anyone wearing them right now? No? Not popular at all, huh. Maybe he wears them.’ 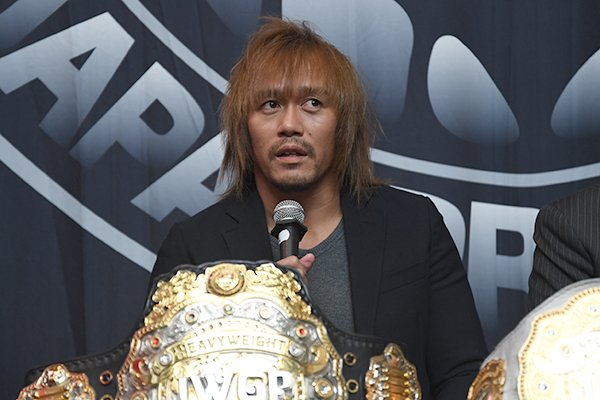 ‘After I first met Los Ingobernables, I understood that when it comes to pro wrestling, being cheered and being booed are much the same. If nobody cared about someone, they wouldn’t react at all. And that said, KENTA is getting the biggest reactions of anyone in NJPW. He did something big at the Tokyo Dome. His backstage comments are entertaining. He’s good at Twitter. If he beat me in Osaka Jo Hall tomorrow and took both belts, well that would make him perfect. Well, I’m definitely excited to be facing that KENTA in a title match tomorrow. But I’m also just as excited, maybe more excited for what’s coming up after that. My first singles match with… him. Well, tomorrow, after I beat KENTA, I’ll move on to that.’ 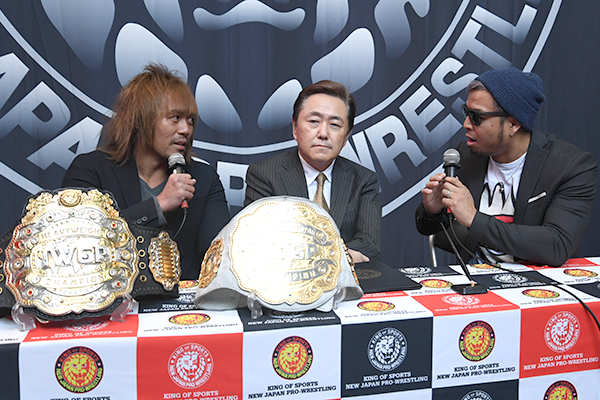 –This has been quite the war of words between you two over the last month, but how do you see one another as wrestlers?

KENTA: First, before you answer that, what I want to know is are you wearing those underpants, or not?

Naito: The answer to that, of course is…. You want to hear me say that word, don’t you?

KENTA: Yeah, I want to hear you say it, I’m fired up here! Are you wearing those underpants?

Naito: The answer is… (holds mic to Chairman Sugabayashi)

KENTA: Forget it! What was the question again?

–Your thoughts on each other as wrestlers.

KENTA: Well, there’s no way a complex and nuanced discussion like that is going to be understood by these people in Osaka. Watch the match tomorrow and you’ll see. As for what Naito thinks of me, I hope he goes in the true style of LIJ and sings a song like Hiromu did. Go on!

Naito: First of all…

Naito: What do you want me to sing?

KENTA: You heard him before!

Naito: No, can you hum it? Or can I answer the question? First of all, I really didn’t know that much about KENTA as a wrestler. We had only faced one another once, a few years back. So I don’t, I’m not..

Naito: I did. I apologize. I didn’t have much of an idea of him as a wrestler, but I did get the impression that as a wrestler, he wasn’t a particularly big guy. He wasn’t, but he fought as a heavyweight in a different company, and he fought big guys in that company. He was one case that proved what I’ve constantly been saying, that pro-wrestling isn’t fought on body weight, and it isn’t fought on height.

Then recently, he’s come to New Japan, and I’ve had the chance to face him several times. He isn’t the person I faced that time long ago. He has changed, evolved. I’ve always thought that change is a good thing, and in his time away from Japan, he’s managed to find a new KENTA.

That’s what’s made every day on this tour feel fresh and exciting. Tomorrow, it’s our first singles match. I want to see how much he’s changed, feel how much he’s grown, find out what he’s learned, all in that ring. OK? Did you want a song?

KENTA: Man, that was long! You’ve lost these Knasai idiots! That’s rough for you guys, right?

Naito: Well then, maybe a song from KENTA will bring these people right back.

KENTA: I’m not singing for you. I’ll only sing for Ryu Lee.

Naito: For real? I want you to sing. Shall I get Lee?

KENTA: You want me to sing that bad? 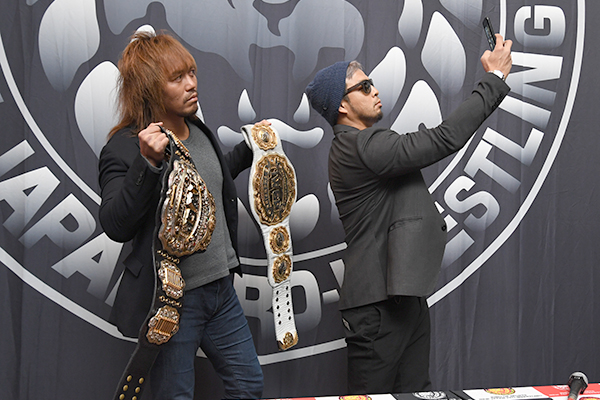