Every match I have is the main event. That’s the way it should be. Of course I’m not happy.

–With the number of eyes on this match, I imagine it would mean a lot for you to beat Moxley.

–The fight is first and foremost. But it’s undeniable fact that eyes all over the world are watching.

Suzuki: That sort of thing is for you to write articles. Me? We locked eyes. When we first met I felt something. That something was ‘right, I’m going to beat the p**s out of this man’. That’s all.

–Your motives are quite simple.

Suzuki: That’s the way I go, and everyone else follows. This planet we’re on is constantly in motion, and it’s in motion because of me. Because I’m living and breathing.

–It’s the semi main event at Osaka Jo Hall. How do you feel about that?

Suzuki: What’s that supposed to mean?

–Your thoughts on being in this big match situation.

Suzuki: I have to explain that, do I? It was the company that decided putting this title match in the semi-main spot was going to be best business for them right? What do you think? That I went to the office, cap in hand and said ‘please sir, put me in the semi-main event?’ Every match that I have is the main event. That’s the way it should be. So of course I’m not happy!

–You’re not happy with that position.

Suzuki: Damn right! Why should I be? If I was wrestling some snot nosed kid who had just debuted and was in the opening match I’d be asking why it wasn’t the main event. Of course I’m mad. Like I said, it’s because of me that this world goes round.

Unified, separate, whatever. My only question is why wasn’t I among those four in the Tokyo Dome. 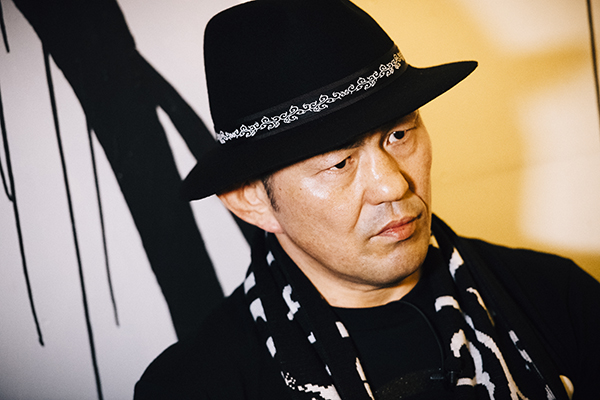 –You’ve said before that all the belts in wrestling are rightfully yours. How do you feel about the Double Gold Dash that happened in the Tokyo Dome?

Suzuki: Well, that’s all New Japan’s business. Is there a reason why they’re unified now?

–Well, they aren’t unified per se, but Naito holds both the belts at the same time.

–It started as a proposal from Naito…

Suzuki: Why those two?

Suzuki: No, you’re not listening. Why. Those. Two. Belts?

Suzuki: I know, I know, I know. It’s because there’s a pecking order, that New Japan has decided. Number one is the IWGP heavy belt, then the Intercontinental, then down here is the US, the NEVER. That’s what you’ve decided. So if you hold this championship, even as a champion you won’t be in the main event. You won’t be the center of attention. Look, unified, separate, it’s none of my business. Whatever. The only question I have is why wasn’t I among those four in the Tokyo Dome? Why take me out and let them decide who the champion is?

–I suspect you’ll tell me you don’t care, but after Naito won both titles, KENTA…

Suzuki: What’s wrong with that? Right now I’m doing this. It’s a completely different discussion. You want to connect everything? You want me to think of some BS reason why this is a relevant line of questioning?

Suzuki: My opinion. You want to know what my opinion was. I have none. Or if I do, I don’t want to tell you now. Look, what do you want me to say? That the titles, and KENTA and me are connected somehow?

I have the power to make the world take notice 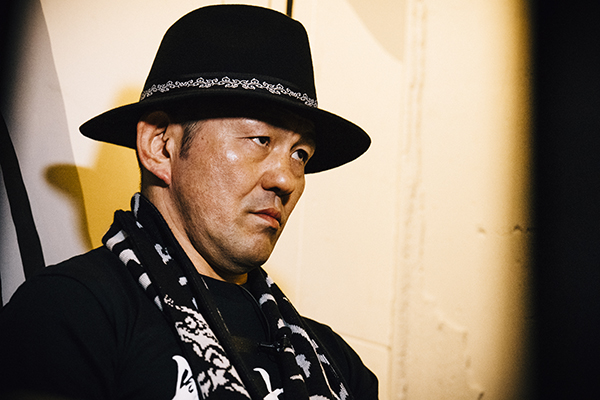 –Well, as you said, you feel somewhat slighted by being in the semi main event in Osaka, so I thought perhaps you’d have one eye on the main event.

Suzuki: All I’m asking is ‘why am I not the main event’? I have the power to do something and have the whole world take notice, and yet I wasn’t put in the main event. That’s all on NJPW in my mind. Fans were talking about me winning the US belt and challenging to make a Triple Crown. Which makes me wonder: is NJPW OK?

–What do you mean?

Suzuki: Well, the company put themselves in this corner, right? They made all these belts. And their value depleted, so they’ve brought them together. If you unify titles, you can’t split them again.

–Maybe that’s one way you could see it.

Suzuki: So we should put a stop to all this three belt, four belt, more belts talk before it gets out of hand. I’ve seen a lot of companies fall by the wayside these 30 some odd years, and it all starts with marks being in charge and being allowed to run wild.

–Fans in the office?

Suzuki: Right. Look, when a fan goes ‘ah, wouldn’t this be cool’, their ideas never draw money. Like I said before, they’d rather have a team of nine cleanup hitters. I’m not about that at all.

–You want to go in a different direction to the fans?

Suzuki: So what should we do with these titles? Why is the US title called that? Why Intercontinental? They’re distinctions, right? So distinguish. Let’s all understand where we’re at. The IWGP Heavyweight Championship is the number one belt for everyone. Intercontinental, that should only be between wrestlers from different continents. Japanese guy versus a European guy. America vs Australia. Whatever. US, only defend it in America. NEVER, just heavyweights versus juniors. That gives us some clear distinctions.

— There should be a clear theme you mean?

Suzuki: I mean that right now, there’s this ambiguous order and ranking, and belts are assigned in there to go along with that order, so the wrestlers feel they’re in this or that spot. Eh, what does it matter? These wrestlers these days grow up as fans, read the dirt sheets, get to be in the ring and get paid for it, and that’s enough for them. They’re all punks that will drop out the second things get rough. Bit of pain, a bit of anguish and they’re done. Me, I won’t give up easy. I won’t give up ever. Not ’till I die. I have too much at stake to do that, and I have the power to make the world take notice.

Nakanishi? I don’t give a crap. Let him quit. 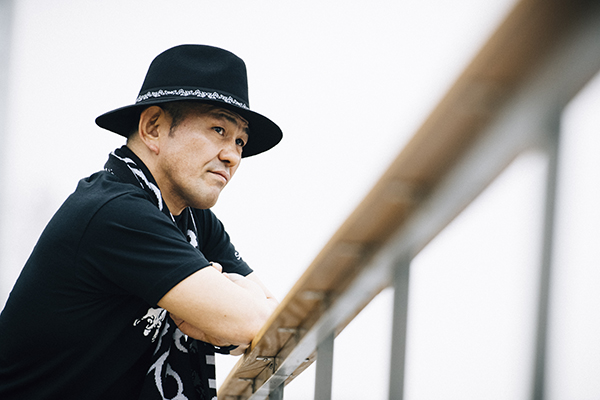 –Do you have any thoughts on Jyushin Thunder Liger’s recent retirement?

–There was a poll to determine fans’ favourite Liger match…

–Your match with him from last year was voted number one.

Suzuki: I know. I got a lot of mentions. And a lot of bitching.

Suzuki: And they’ll tag me in their useless comments! Most of them saying only new fans are on social media, so they’re only interested in recent matches, so that’s why my match with him was chosen. Middle aged useless lumps.

These kind of people only ever complain. All they have backing them up is the fact they’ve been watching for a long time. Who cares? I don’t care if I win a vote, if I’m match of the year, if it’s number one or number 100. 10,000 people showed up in that building to watch that match. A lot more watched it at home. It made a lot of money. That’s it. Finished, done.

–You don’t feel strongly about winning?

Suzuki: It doesn’t make a damn bit of difference whether that match was voted one or one hundred. What matters is I got people to show up, I got people to spend their money, I got people invested financially and emotionally. That’s what wrestling is and should be. Then it’s done, and I’m onto the next thing. Get it?

–You want people to leave?

Suzuki: Bigger slice of the pie for me. More money for me. There’ve been a few people that have left NJPW and gone to other promotions right? Whenever there’s that kind of talk I always think ‘I hope everyone goes’.

–So when it comes to Manabu Nakanishi’s retirement…

Suzuki: I don’t give a crap! Quit! He should! Have your retirement match and hit the bricks. I don’t have a word to say about a pile of trash like that. Do you get nostalgic about the garbage you threw out yesterday? The leftovers from dinner? He’s snot on a used tissue to me. I don’t expect anyone to agree with me, and I don’t look for acceptance. I know what I think is right, is right. And all I have in mind is what’s next.