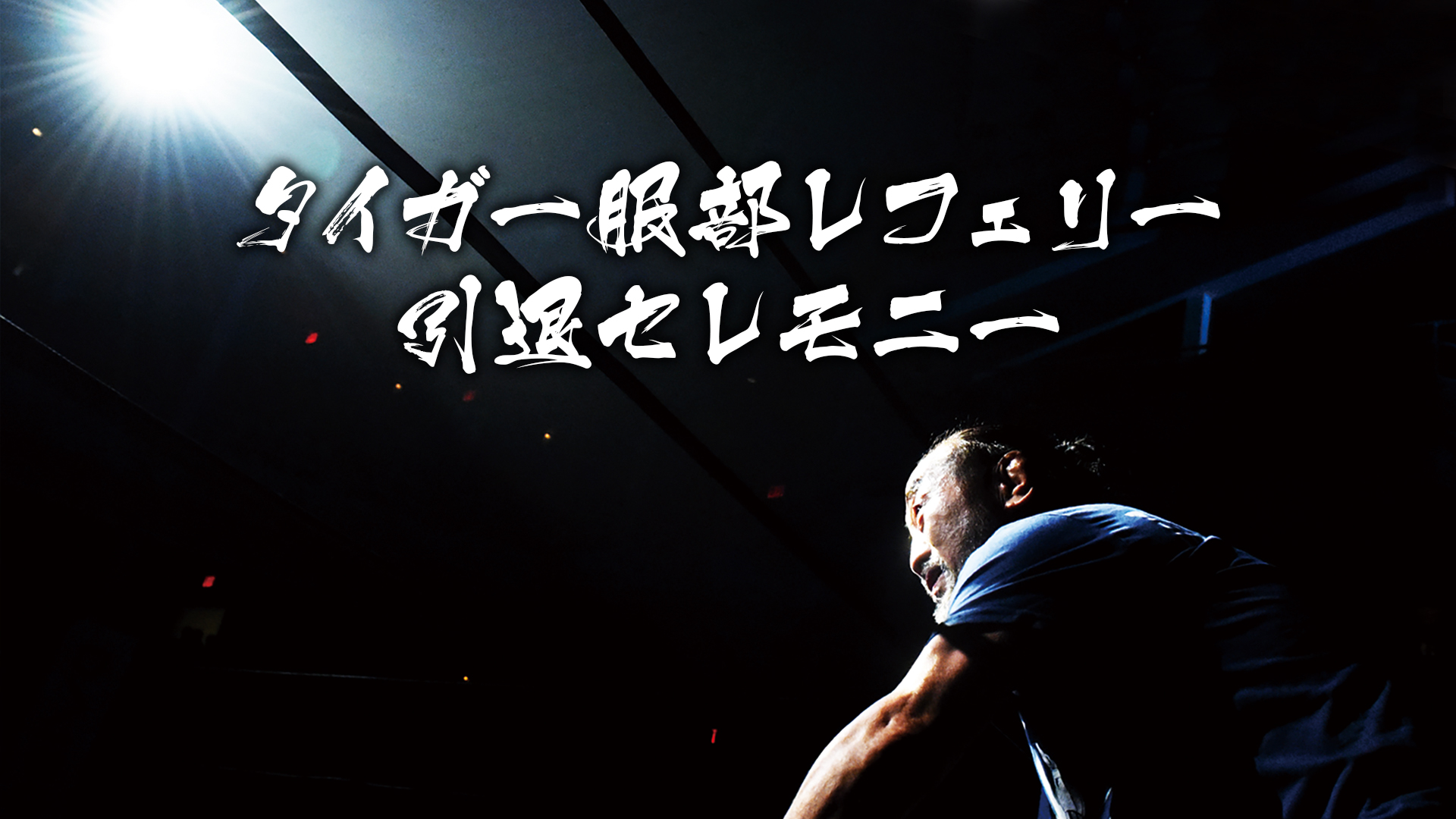 On February 19, legendary referee Tiger Hattori officiates for the last time after a life in professional wrestling that has spanned six decades. The main attraction will be a special ceremony honouring the man himself, but there’s a stacked night of action to come from Korakuen Hall on Wednesday February 19. 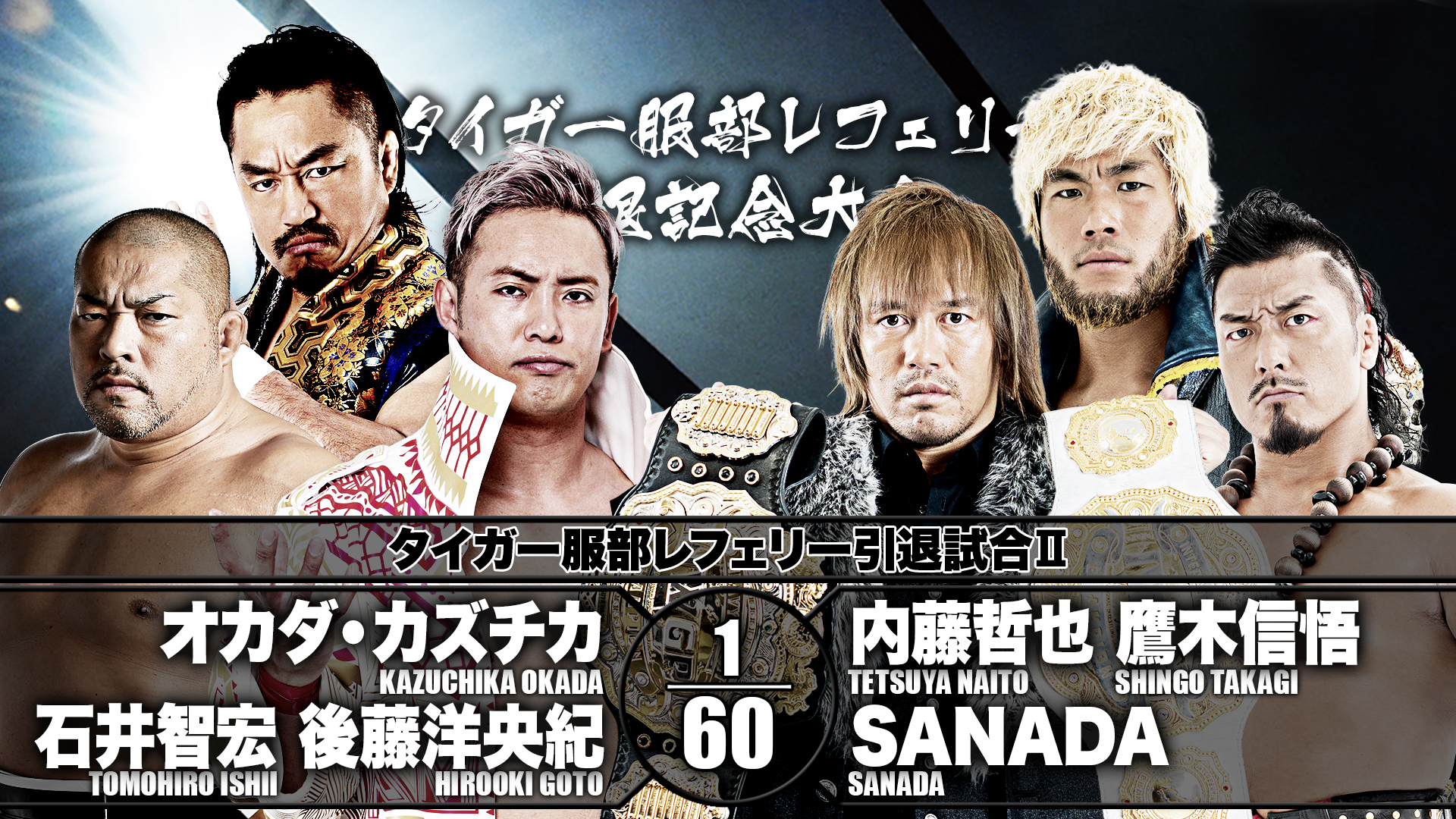 The main event of the evening will certainly not send Tiger Hattori into retirement with an easy night. CHAOS and LIJ locking horns always creates a headache for any official, and Hattori will have his hands full officiating his final match. Of note here is Ishii and Shingo Takagi facing off; the very next night in Korakuen, they meet with the NEVER Openweight Championship on the line. Then there’s the added intrigue of Tetsuya Naito and Kazuchika Okada sharing a ring for the very first time since Naito took double IWGP and Intercontinental gold on January 5. 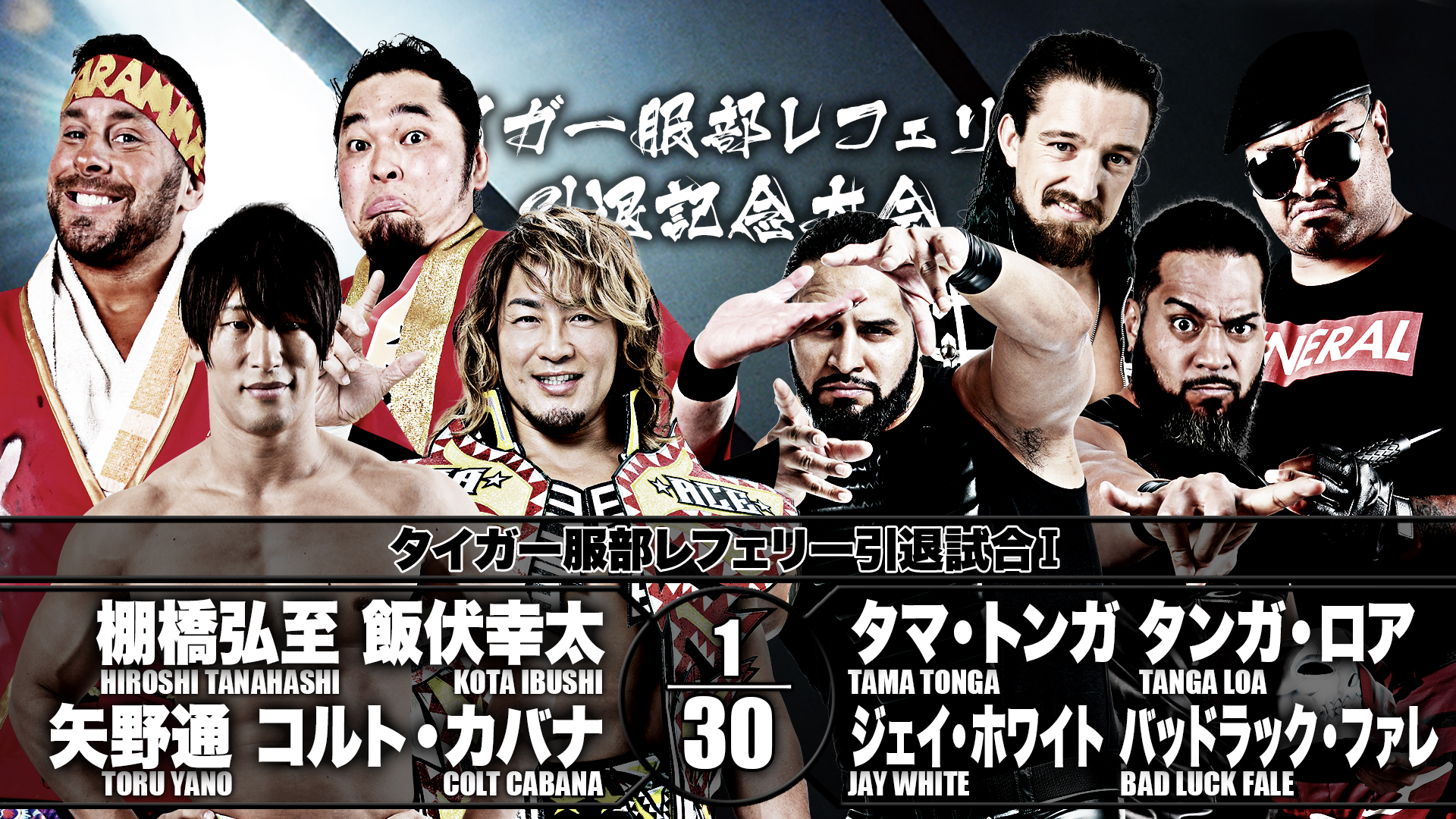 Tiger Hattori will be officiating the last two matches on tonight’s Korakuen card, and while the main event will be a physical war that Hattori will have to control somehow, his refereeing skills will also be challenged by the antics of Yano and Cabana, let alone the potential of Gedo and/or Jado at ringside for BULLET CLUB. Tanahashi and Ibushi have a golden chance at the IWGP Tag Team Championships on Friday February 21, earned when Tanahashi pinned Loa at New Beginning in Osaka at the weekend. Can they make a mark tonight, or will GoD look to assert their dominance on the tag ranks before their title clash? 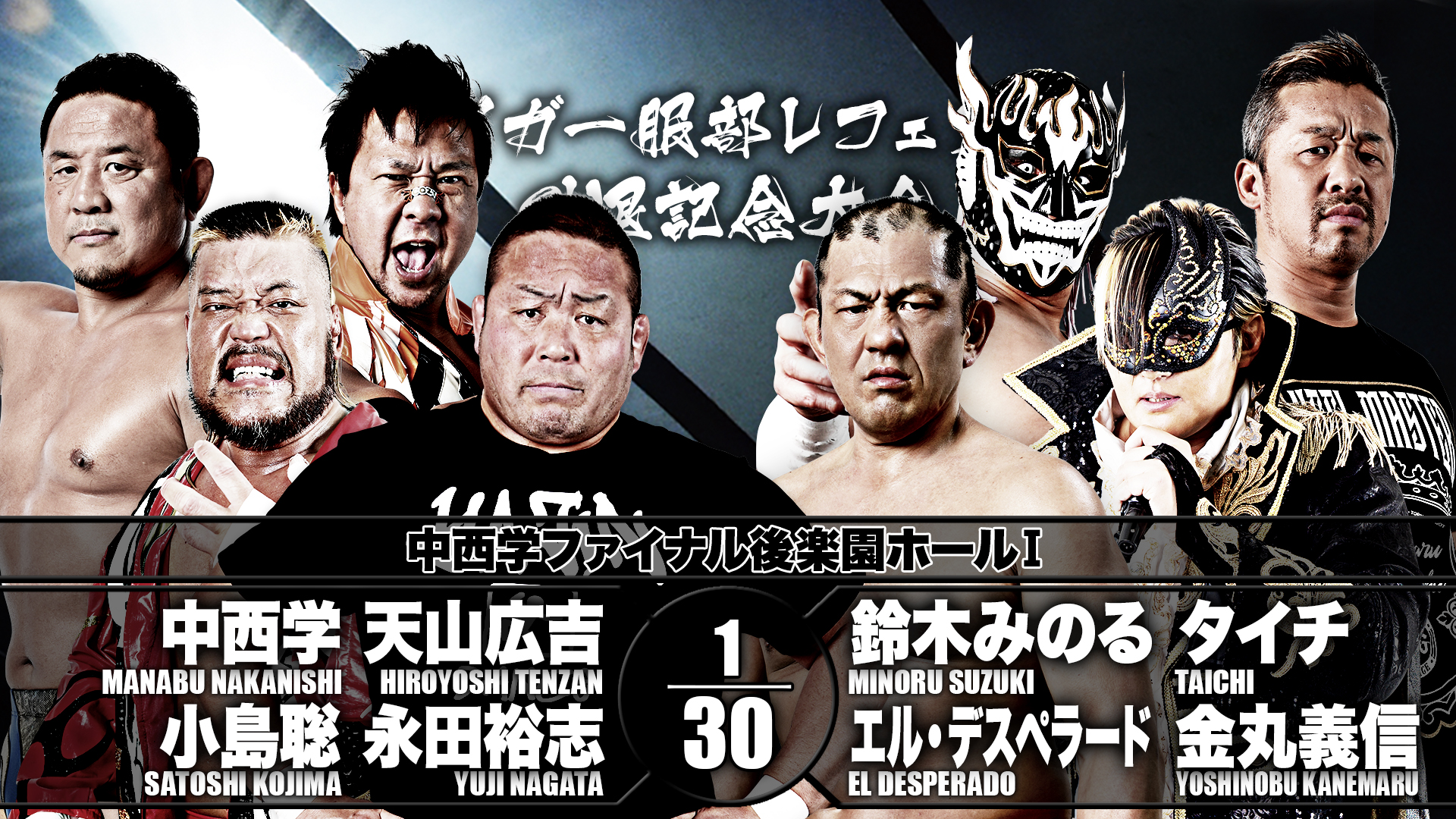 The Third Generation turns out en masse in Korakuen Hall to take on Suzuki-Gun as Nakanishi counts down to his retirement. Nakanishi has been on a tear as his time in ring after a 27 year career draws to a close. A run of impressive wins included a Korakuen victory for he and Tenzan over Suzuki and DOUKI during Road to New Beginning. Now though, the King is further angered after coming out just short of the IWGP United States Championship at Osaka Jo Hall on February 9. An angry Suzuki is a very dangerous Suzuki indeed. 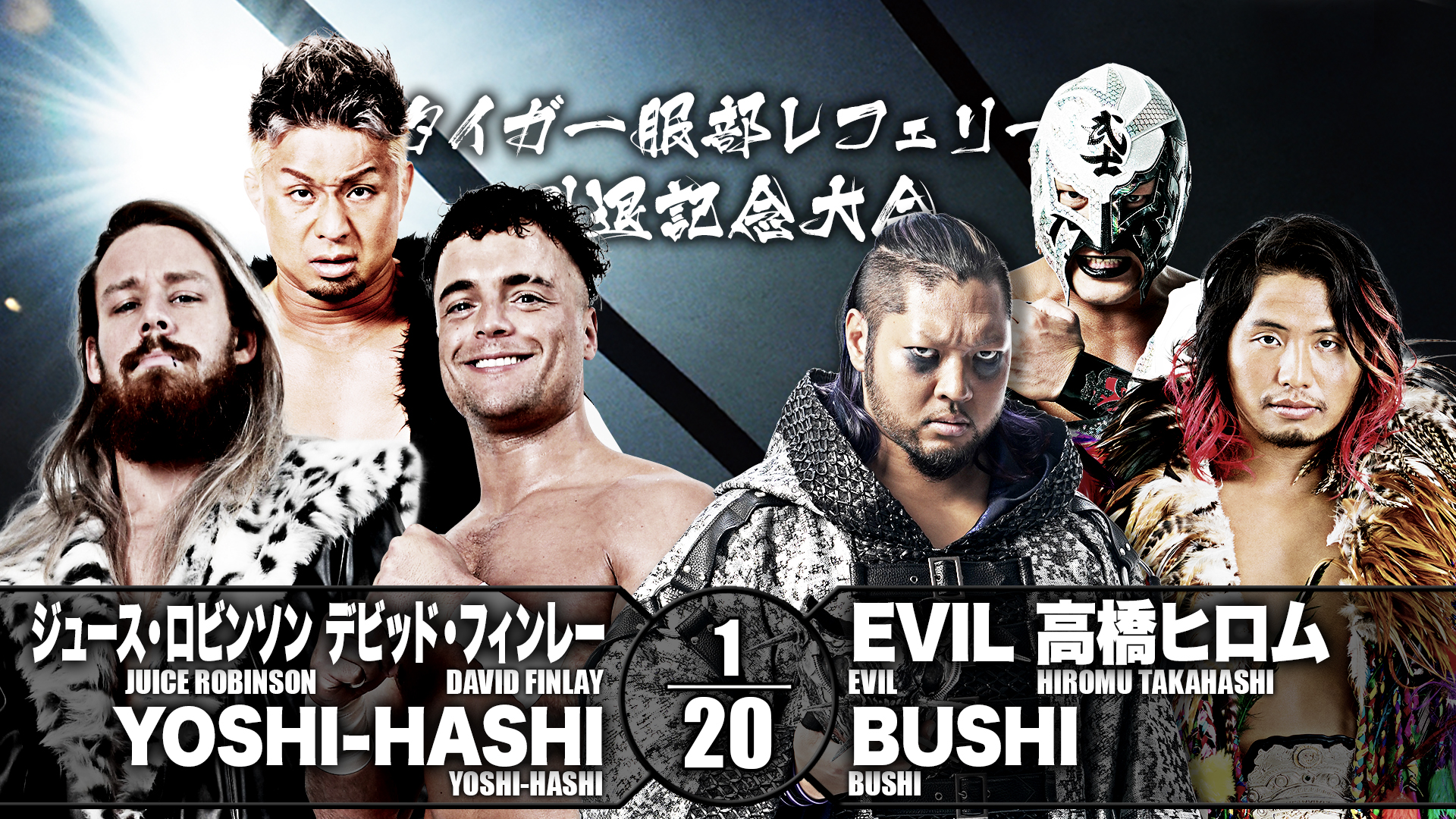 FinJuice are still smarting over the loss of the IWGP Tag Team Championships in controversial form at New Beginning USA in Atlanta on February 1. They will look to get back in winning form tonight. Meanwhile, with BUSHI and EVIL defending their NEVER Openweight 6-Man Championships with Shingo Takagi Thursday, and Hiromu Takahashi heading toward an immense main event at the Anniversary card in Ota, LIJ will be hard to deny. 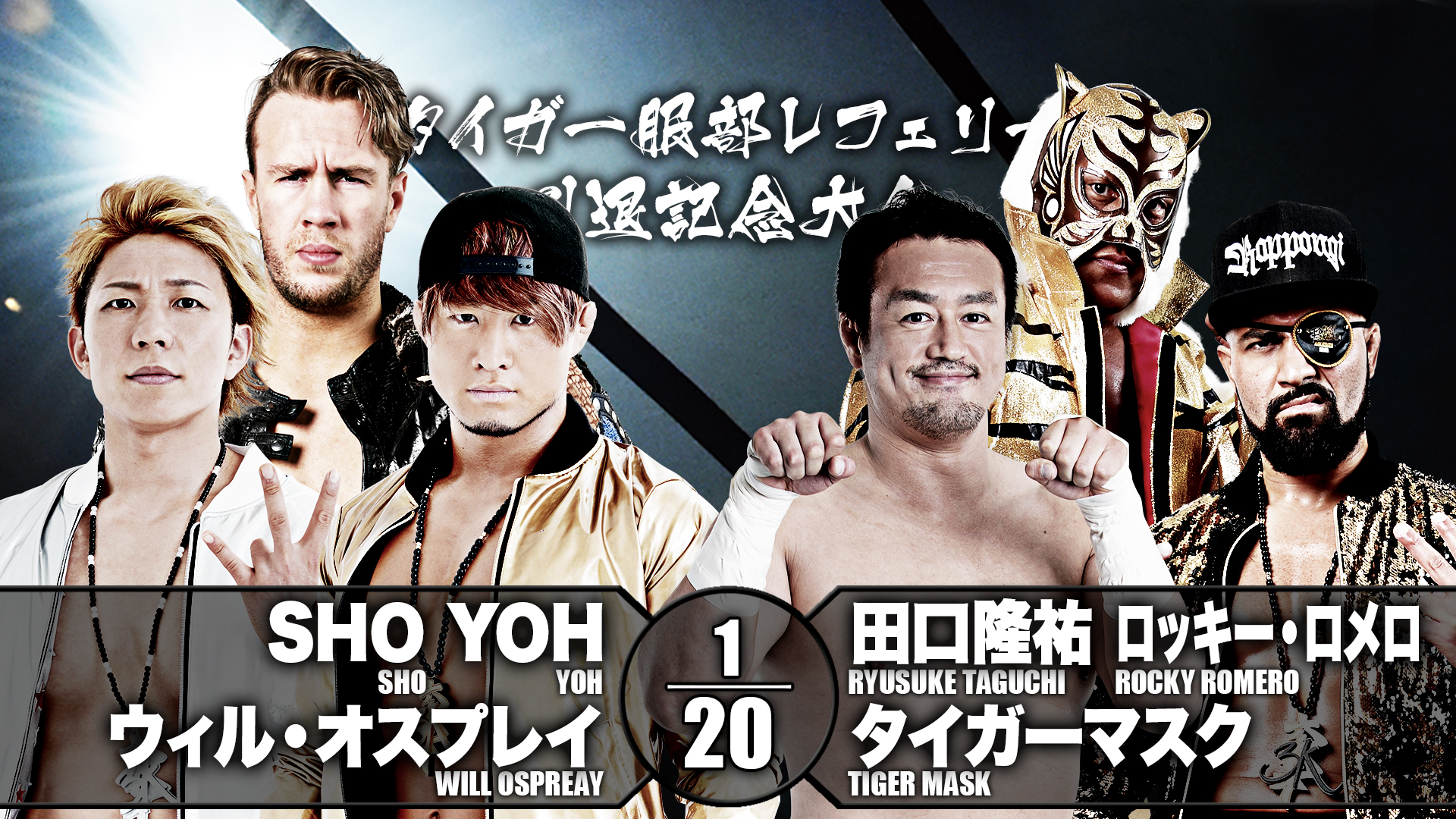 Roppongi 3K pulled off the almost impossible at New Beginning in Osaka, when despite a severe knee injury to SHO, they retained the IWGP Junior Heavyweight Tag Team Championships. Ryusuke Taguchi appeared apparently to congratulate the two, but instead he and Rocky Romero moved to challenge the champs. With the match set for the very next night in Korakuen, here we see what should be an intensely competitive preview. Plus, after seizing British heavyweight gold in RevPro on Valentine’s Day, what mark will Will Ospreay make in his first official match as a heavyweight in NJPW? 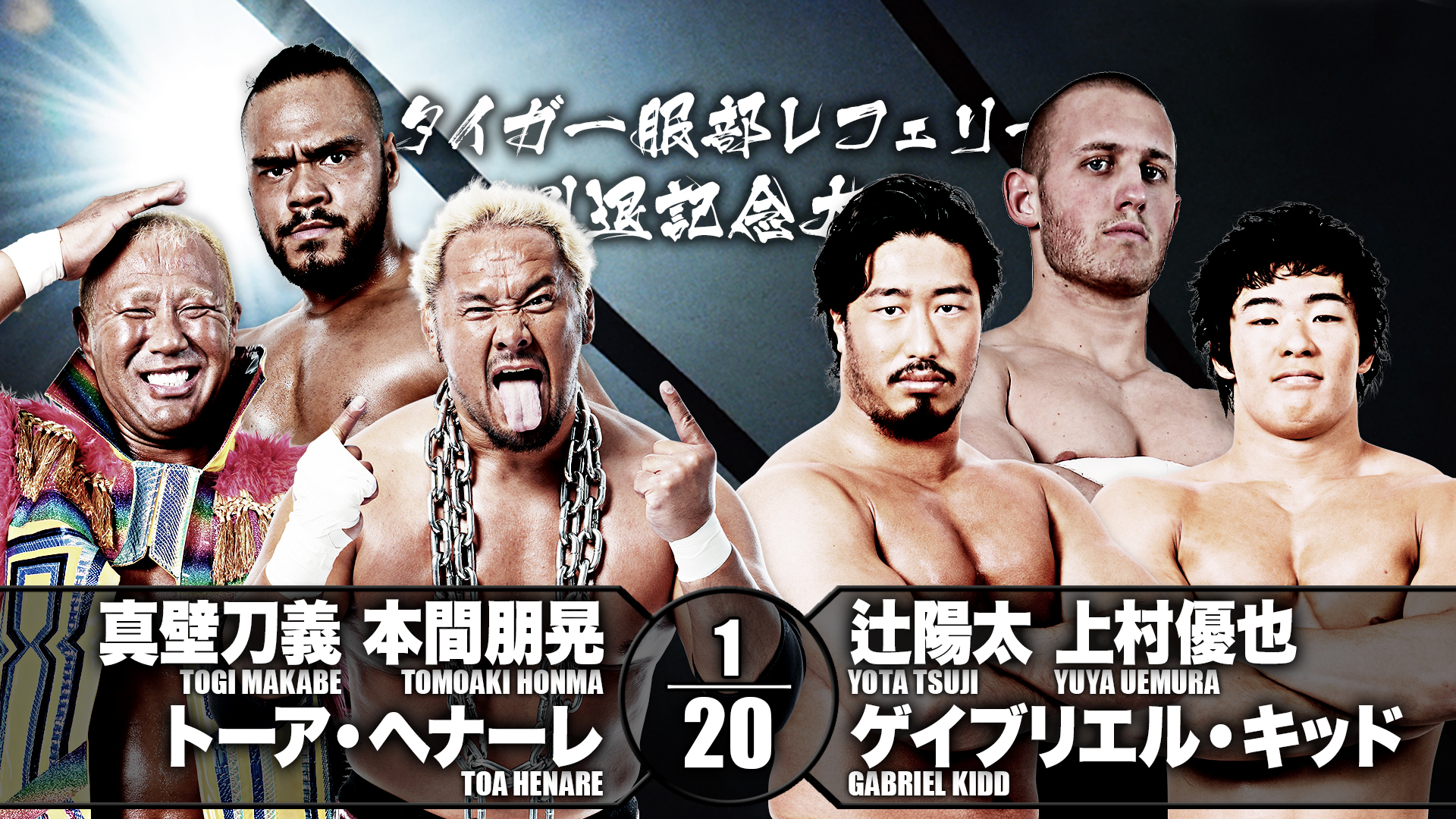 Our first match of the evening sees Toa Henare team with GBH to take on an impressive Noge and LA Dojo team. While we have seen a lot of singles matches from Kidd since his debut in NJPW, here is our first chance for NJPW World viewers to see him function in a team. One of the most effective tag combinations ever and the intimidating Warrior Henare make for a very tall mountain to climb.