The second of four consecutive Korakuen Hall events on Thursday February 20 is guaranteed to be stacked, with an unmissable main event! 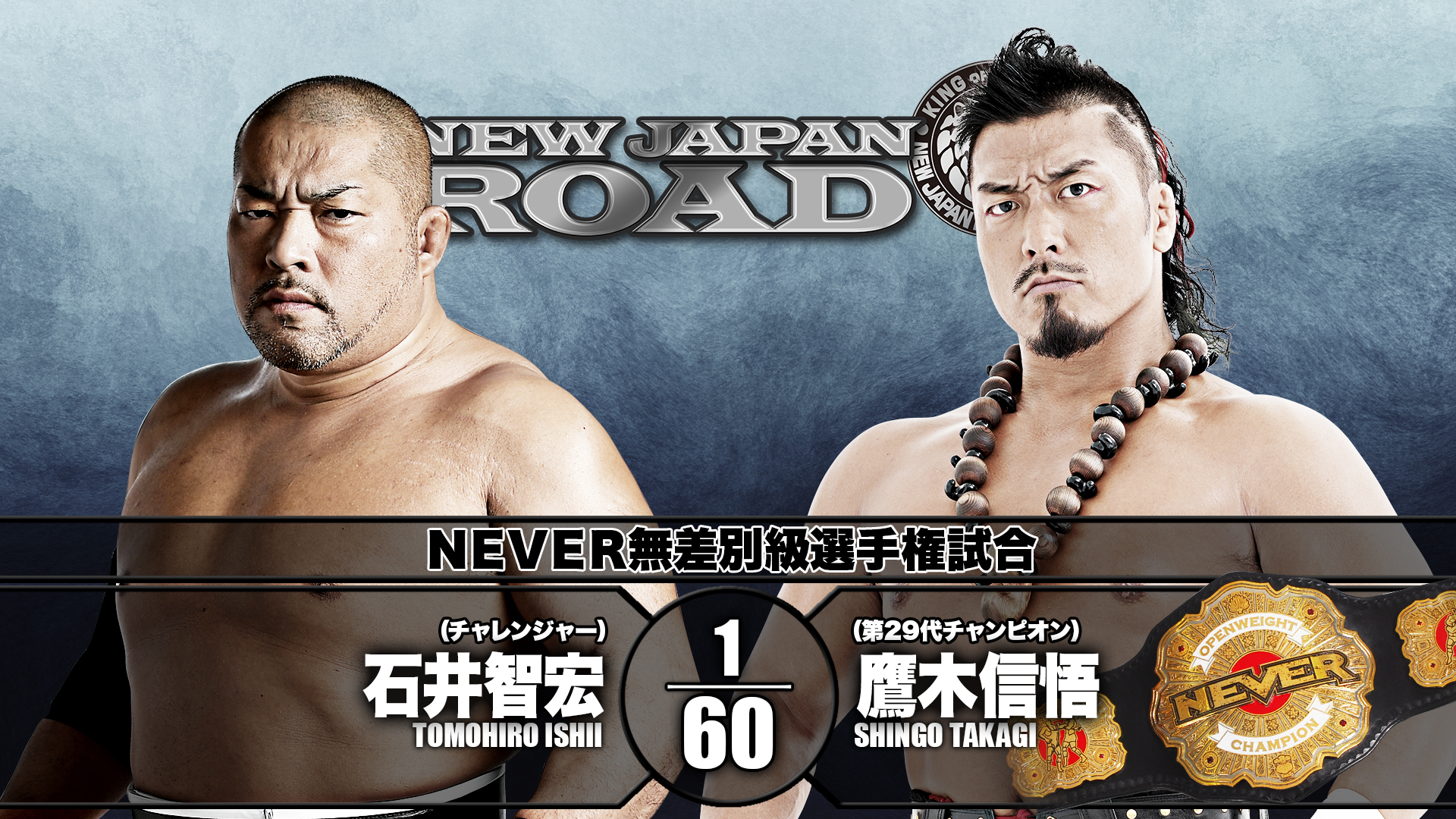 Our main event sees the first title defence for 29th NEVER Openweight Champion Shingo Takagi. In Sapporo on February 1, Takagi defeated Hirooki Goto to become NEVER Champion after an all out war that had fans on the edge of their seats. Almost immediately, potential challengers seemed to be lining up around the block, from both junior and heavyweight classes. For his part, Shingo instantly agreed to be a fighting champion, and declared he would take on anyone worthy, anytime and at any place.

His first challenge, then, comes less than three weeks after his title victory, and comes against the Stone Pitbull Tomohiro Ishii. Ishii defeated EVIL in Sapporo, and then at Road to New Beginning in Korakuen Hall, after both were part of a successful LIJ 6-Man title defence, Ishii declared himself to be next in line.

The first time these two met in Yokohama on August 8, it was one of the most talked about matches of G1 Climax 29. Naturally fitting in hard hitting style and hard nosed attitude, Takagi and Ishii tore the house down, and seem certain to do the same on February 20. In taking on all comers, Shingo has said he will raise the status of the NEVER Championship such that it becomes the only title that matters; certainly tonight, all eyes will be on the Dragon and the Pitbull. 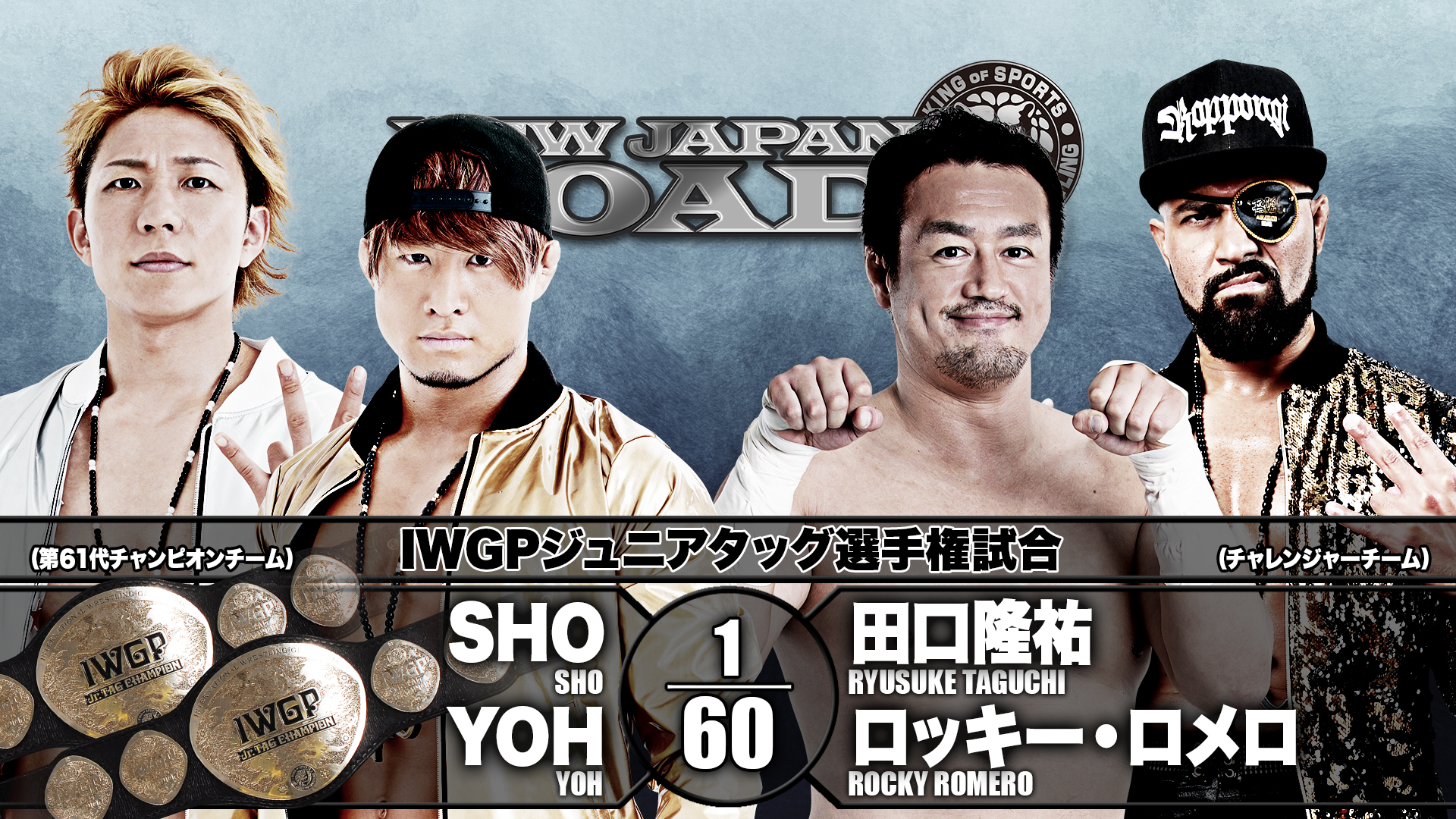 When SHO’s knee was mercilessly targeted by El Desperado and yoshinobu Kanemaru going into their New beginning in Osaka title match, it appeared as if the defence curse would strike Roppongi 3K once more. Even though the ‘gold and silver standard’ have won three consecutive Junior Tag Tournaments, and won the IWGP Junior Heavyweight Tag titles four times, they had only recorded one successful defence before February 9. Yet grit and determination shone though, and Strong X led them to victory in Osaka.

It was only right that they be congratulated by their coach Rocky Romero, and indeed co-coach Ryusuke Taguchi. Yet when Taguchi headed to ringside, he made a shocking statement. A win for the Mega Coaches over Roppongi 3K during the Super Junior Tag League had not been forgotten, and the Mega Coaches were making a mega challenge.

RPG3K’s second defence in their fourth reign as champions might seem on the surface to be a sportsmanlike affair, but make no mistake; Taguchi and Romero are tag team masters, with 14 junior tag title reigns between them. Their time in the spotlight is far from over, and they may seek any and all means, even the sneakiest ones, to secure victory. Last night in Korakuen Hall, a post match attack from Romero and Taguchi saw SHO and YOH placed in some potentially dangerous submissions should the Mega Coaches seek to choose the sneaky path. 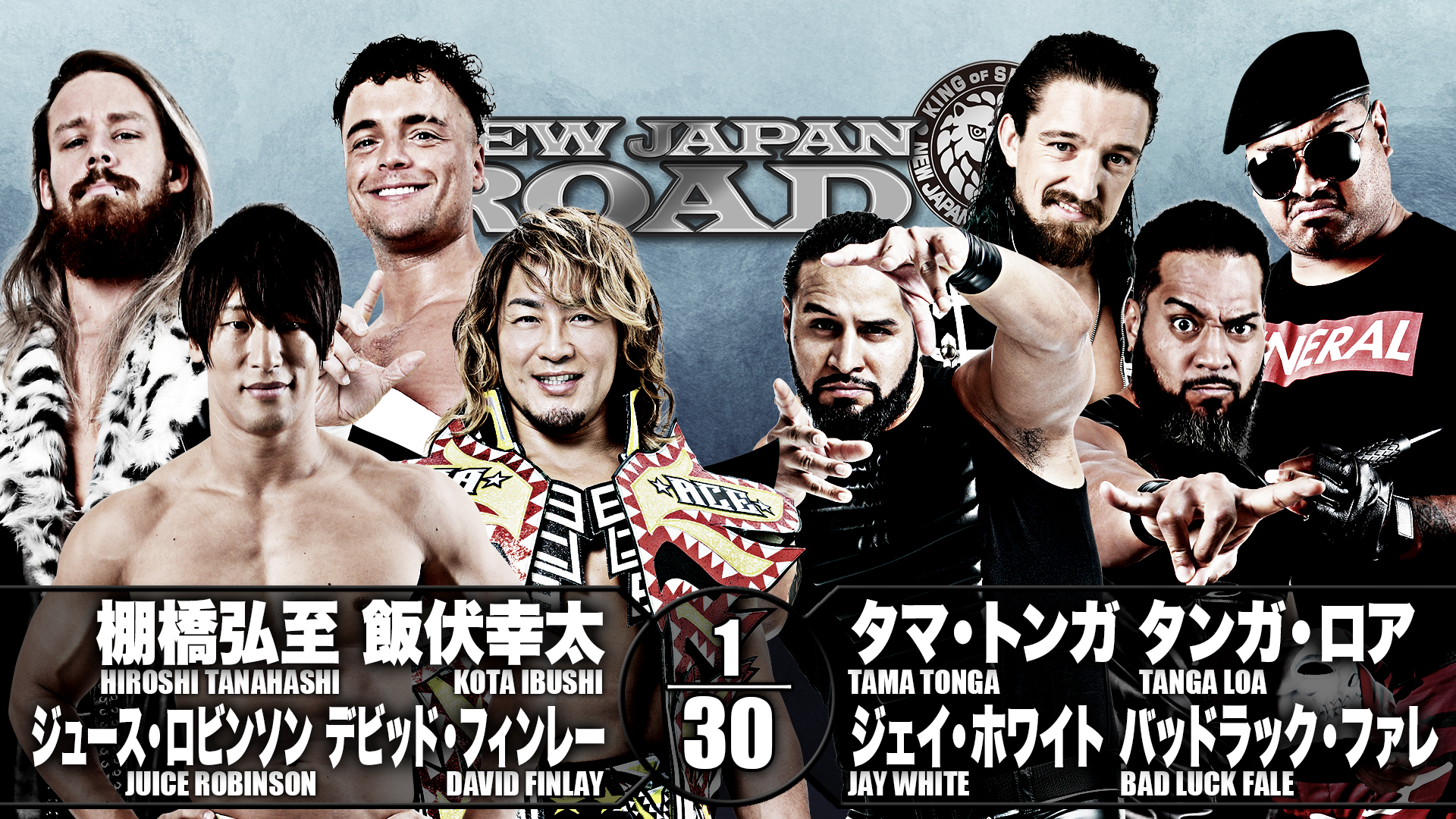 Kota Ibushi and Hiroshi Tanahashi combine with FinJuice in the fifth match of the card, as they count down to February 21, and an IWGP Tag Team Championship challenge. This four man squad was successful in Osaka on February 9, when Tanahashi managed to score the pinfall that rocketed he and Ibushi to the front of the line in tag team contenders. Can they keep the momentum going against a tough BULLET CLUB side with the Rogue General Bad Luck Fale and an ever more confident Jay White joining the team? 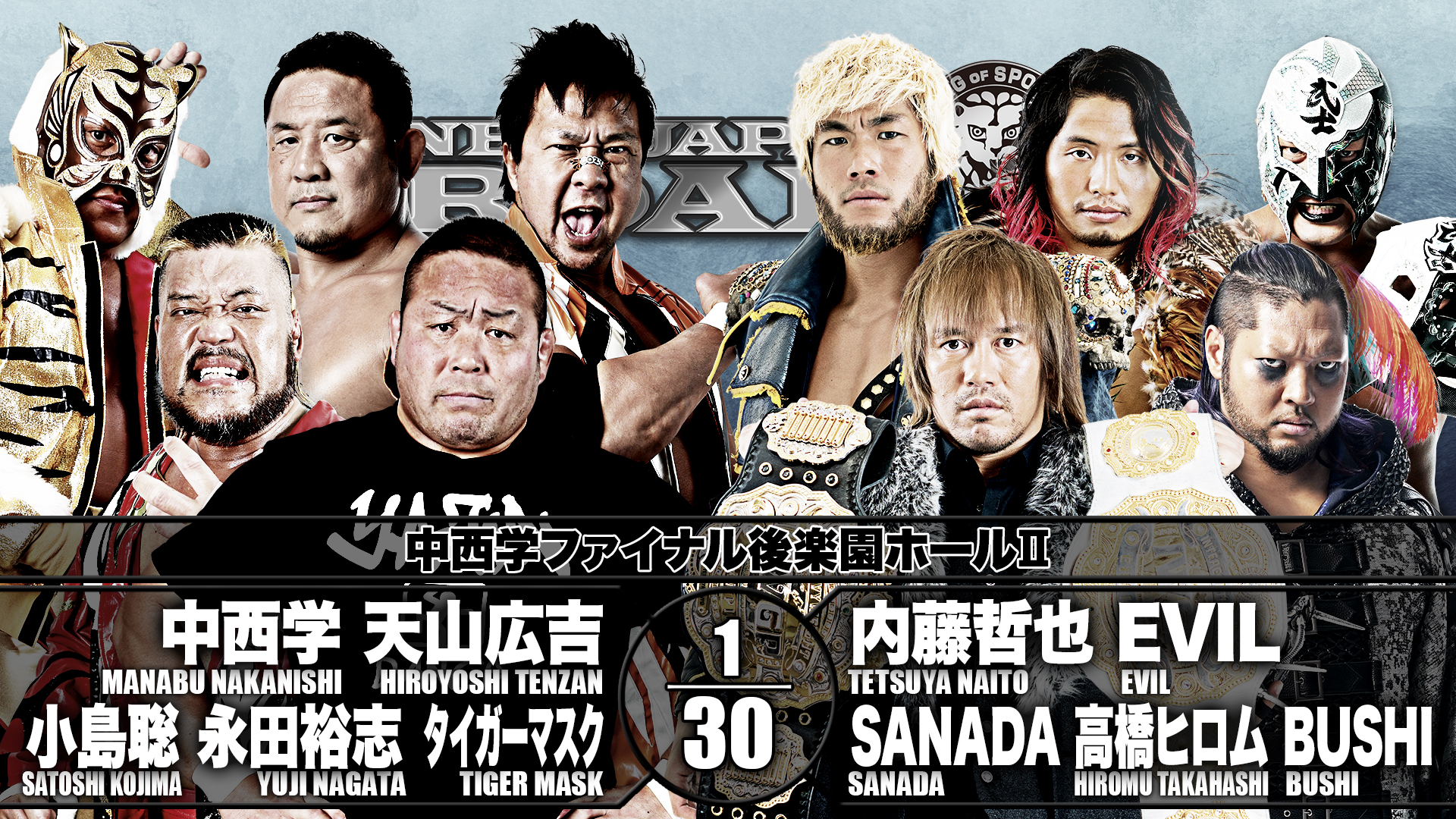 With just three matches left on the clock for Manabu Nakanishi, he, his Third Generation cohorts and Tiger Mask have their work cut out for them tonight as they face Los Ingobernables De Japon.

An added wrinkle to this bout is any interaction between Hiromu Takahashi and Tetsuya Naito; they meet in the main event on March 3 in the Anniversary Event card. As they count down to their first time opposite one another in the ring, will this affect their ability to team with one another? 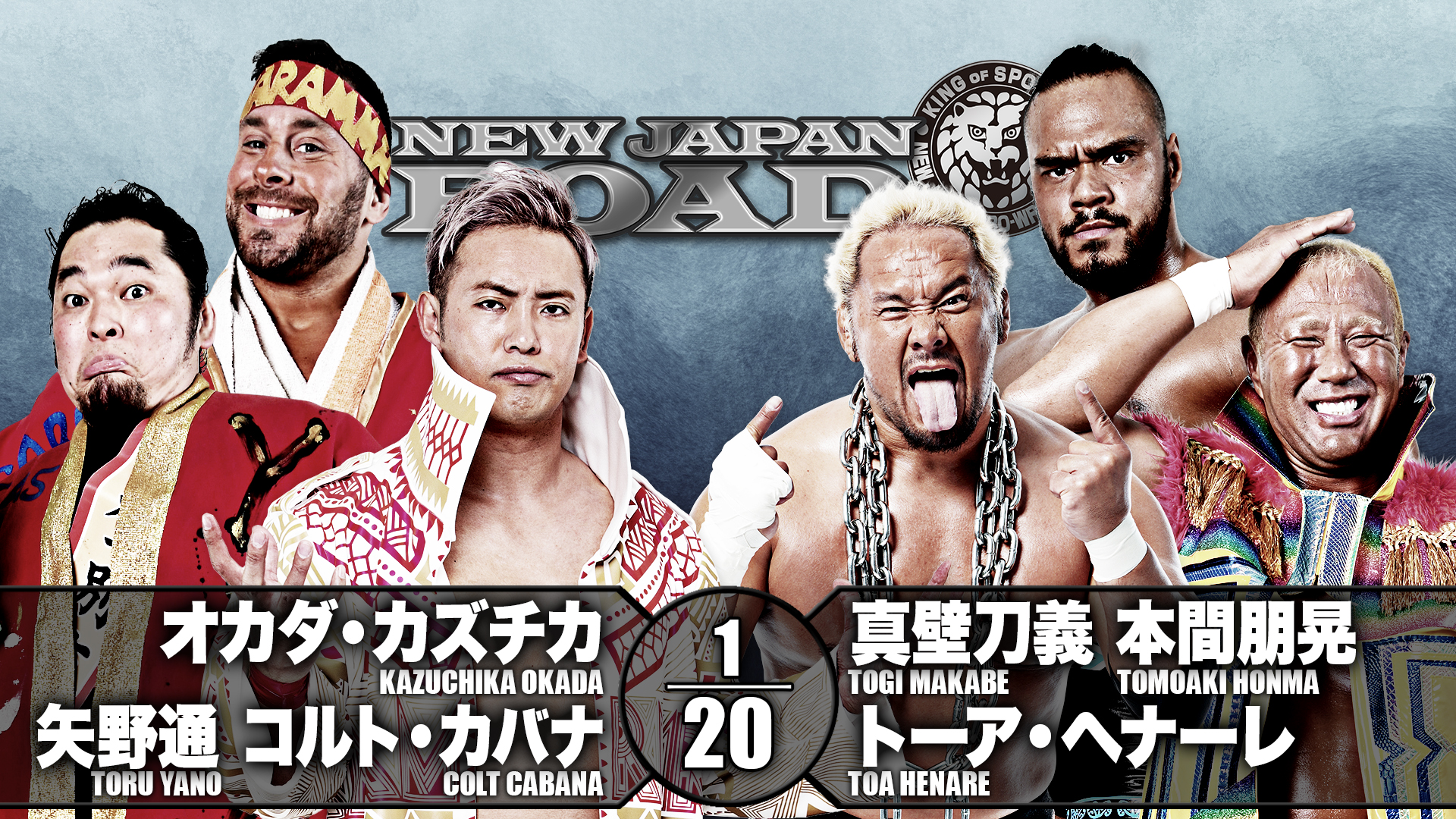 The third match of the night sees an intriguing trio in Cabana Yano and Okada take on Henare Honma and Makabe. One night after Henare and GBH face a trio of Young Lions, they now cut their teeth against the former IWGP Heavyweight Champion, and two thirds of the NEVER Openweight 6-Man Tag Team Championship holders (as in, they have the physical belts, even if they aren’t listed as the actual champions, thanks to Yano’s liberal views on property rights). 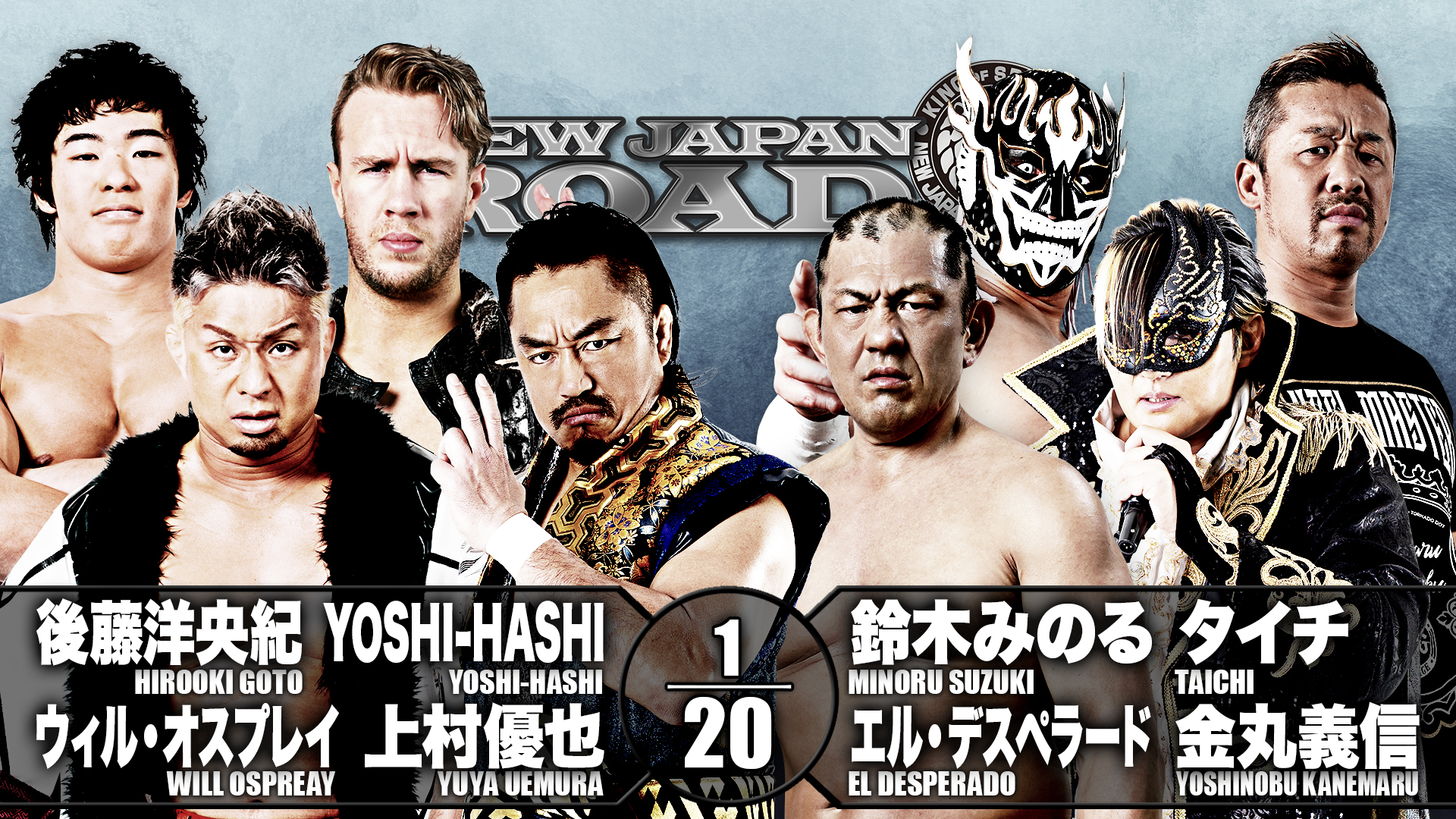 In the evening’s second bout, Yuya Uemura joins a top flight CHAOS squad to take on Suzuki-Gun. In the wake of New Beginning, all of these men will be seeking to make their own narratives for the coming months, especially with the New Japan Cup looming large on the horizon. Lots of combustible elements in this tag bout to keep an eye on. 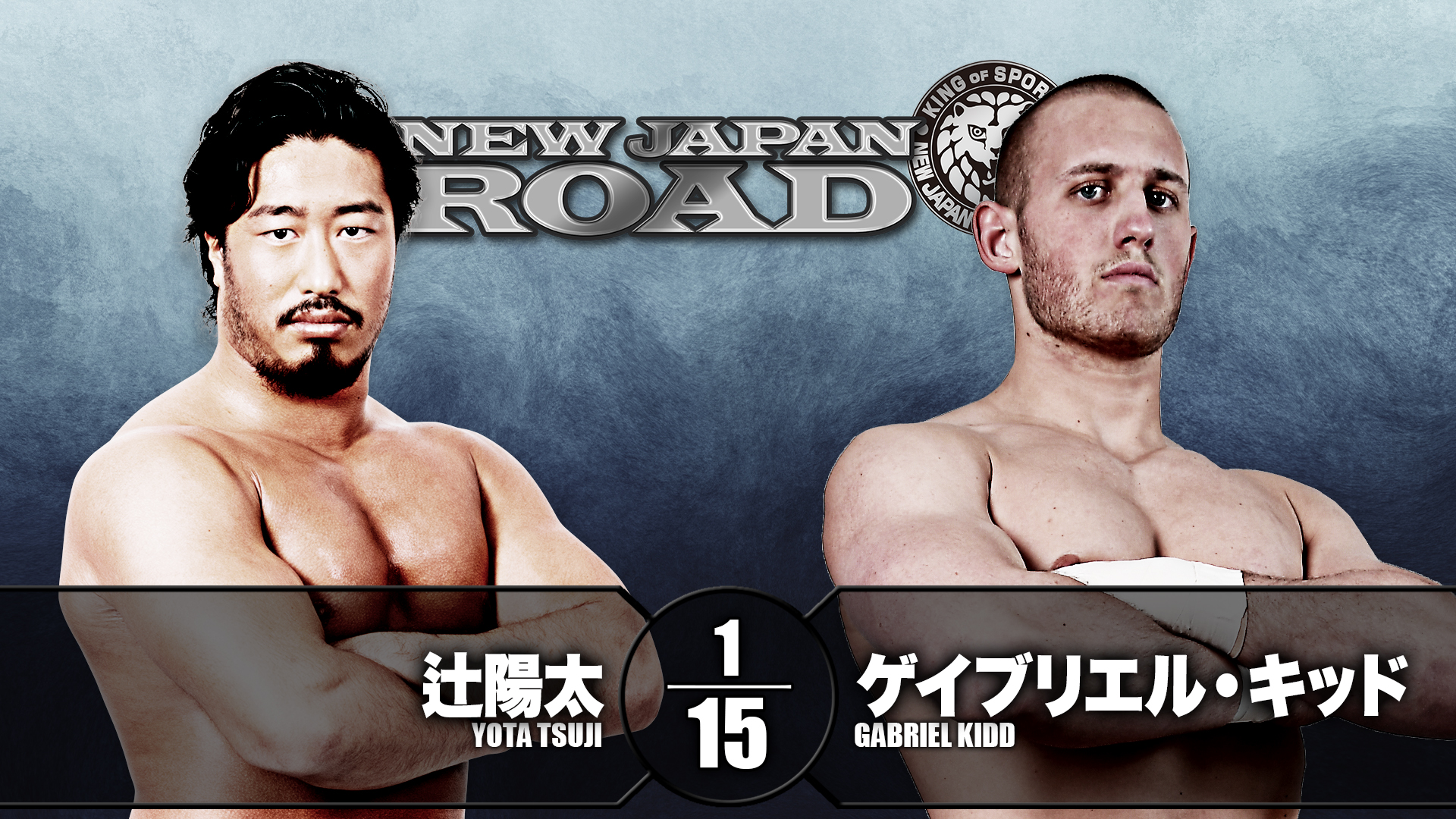 Our first match sees Yota Tsuji take on Gabriel Kidd in a Noge vs LA Dojo Young Lion clash. During Road to New Beginning, Kidd faced Uemura and fought with a lot of skill and confidence before an Overhook Suplex did him in. Has he improved his game enough to overcome the hulking Tsuji?