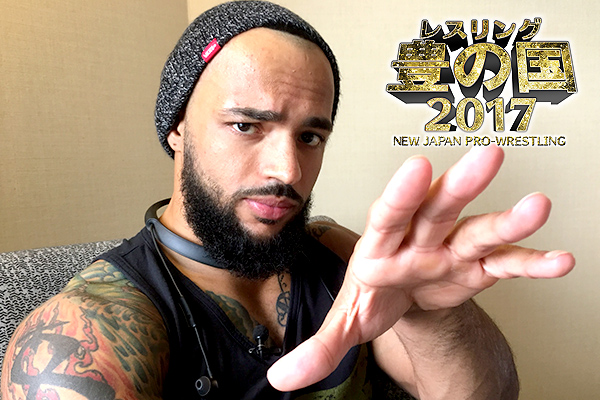 — You laid down the challenge to Hiromu Takahashi on April 9th. Is there any particular reason for that?

‘I feel like it’s my time. I’ve done a lot in New Japan but there’s one thing I still have to do here and that’s win the Junior Heavyweight Championship. I’ve won Best of the Super Juniors, Super Junior Tag Tournament with Matt Sydal, I’ve been junior tag champion, NEVER 6 man champion three times, but I still need to win the Junior Heavyweight Championship and Hiromu has it, so he’s in my way.’

— What kind of wrestler is Hiromu?

‘I was thinking about this earlier. He’s just crazy. He doesn’t really have a certain style, because he’s just insane. Sometimes those are the hardest guys to fight. But I’m up to the challenge, so I think it’ll be good.’ 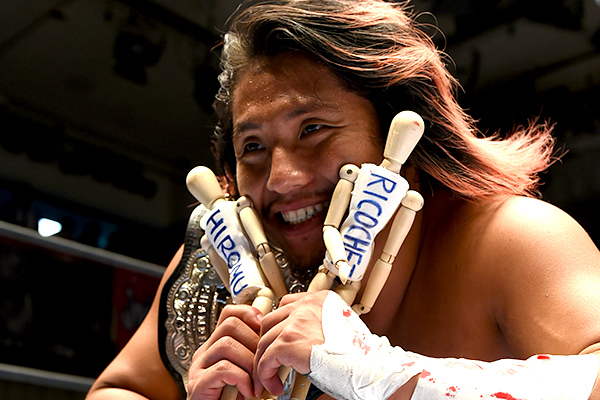 — What about Hiromu in particular strikes you as crazy?

— Hiromu said in response to your challenge ‘come out and play!’

‘Again, he’s just insane. To him, it’s a game. For me this is a goal I’ve strived for, to be the best, and he is the best now. It’s… it’s not a game to me. I take my goal and my dreams seriously, but to him, he’s playing games. He’s having fun out there. So I don’t think the belt means as much to him, because all he wants to do is cause chaos and if he has the belt, he can cause as much chaos as possible. Me, I don’t see this as a game. It’s something much more serious.’ 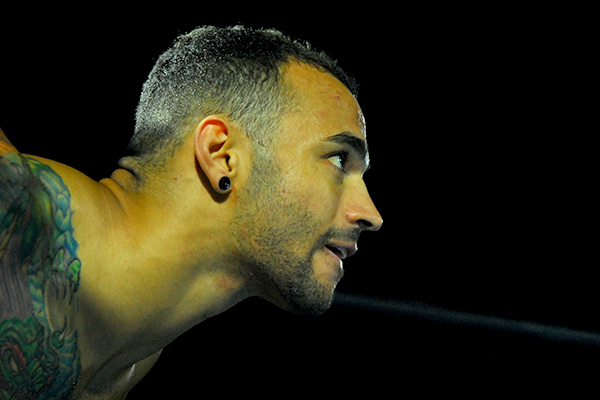 –You’ve won a lot of titles in New Japan, and overseas as well. To you, what does the IWGP Junior Heavyweight Championship mean?

‘Good question. It’s no secret that the IWGP Junior Heavyweight Championship is a huge dream of mine. There’s been so many guys I looked up to- Pegasus Kid, Owen Hart, Liger, Prince Devitt, Kota Ibushi… the best of the best have held that belt. I can’t put it into words. This belt has been a dream of mine since I started wrestling 14 years ago. So any chance I get to get close to the belt, I’m going to give it 100%. That’s what Hiromu will get from me. I’ll give him 100%, everything I have, to get that belt.’

— You’ve challenged for the title twice already and lost. How will you approach things differently this time?

‘The difference is experience. The past two times, mentally I wasn’t ready.Maybe physically I was but my mental state then to now is very different. I feel like the experience is the biggest factor. I can tell a difference in me. I believe now, physically I’m the best I can be, and mentally the same.’

–You mentioned a lot of legends that have been champions. Where does Hiromu fit with those figures? 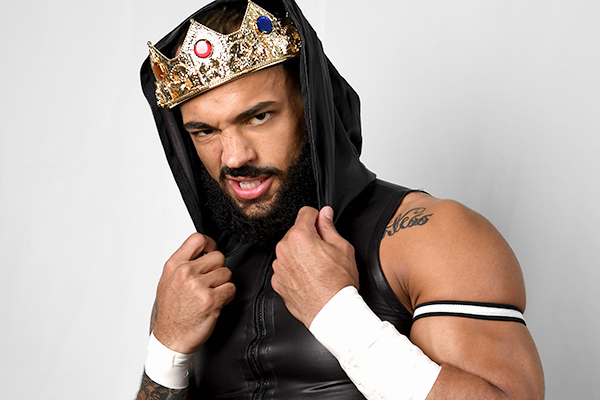 — You call yourself a King. Why?

‘I started doing it in around 2014. At that time I felt that I was a multiple champion, was Best of the Super Junior, won Battle of Los Angeles for PWG. I felt I was growing up, that I wasn’t just Ricochet, but a king among high fliers. Now, I’m not saying I’m the best, but I’m setting a tone, making a statement that when you step to me, you step to one of the best.That I’m strong, I’m powerful. It sets a good feeling for people. And it sounds cool.’

–Having fought in numerous rings all over the world, what makes New Japan stand out?

‘It’s the wrestlers. They’re the top wrestlers in the world and that’s why they’re here. To even be part of NJPW is an honour in and of itself.There’s people all over the world who would love to be here. So just being here myself is an honour.’

–Kenny Omega said he wants to change the pro wrestling business as a New Japan wrestler. What do you think about that statement?

‘That’s a lot of our goals, especially as foreigners. We want to take New Japan global, as far as we can take it, to America, Canada, the U.K. So whether fans watch live or on New Japan World, we give it our all to do that, get fans talking and people watching. I want to win the Junior Heavyweight Championship so I can take it all across the world and make New Japan as global as I can.’

–The Los Angeles New Japan shows sold out in less than two hours. How do you feel about New Japan in America?

‘I think it’s great. It’s a very good decision. It’s not a small arena, it’s pretty big, and already sold out. There’s people that want to see it.NJPW is huge in Japan but in America things are starting to catch up, and to do shows there is great. Soon hopefully we can do New Japan America, New Japan UK, New Japan Mexico and on and on. But the fact these shows are already sold out is a very good sign.’

— You’re teaming with Taguchi and Tanahashi in Taguchi Japan as well right now. What do you think of that team?

‘It’s a very fun team. But it’s a very good team as well. The fact I get to team with two really good, even the best guys, I learn so much. So to team with such a fun team and such a good one is really great.’ 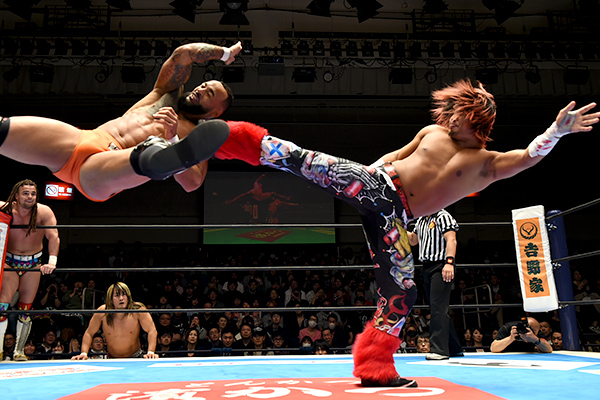 — You’re always doing something new and progressing. It feels like you’re the cutting edge of wrestling, and Hiromu is so unpredictable. What do you expect from this match?

‘I don’t know if I have expectations, I just expect to kind of do what I do every time. That’s to have new tricks up my sleeve along with trusted tricks I have every time. I just do what I do, be one of the best. Like I said, I can’t predict what Hiromu will do, I can just do what I do. And that’s show the world why I call myself King.’

–What do you have to say to Hiromu?

‘It’s plain and simple. Ever since he’s come back to New Japan, he’s caused chaos. Not any more. He likes to be called the time bomb, but his time is over. It’s my time to be IWGP Junior Heavyweight Champion.’

— Can you send a message to the fans in Oita?

‘I want to let you guys know, you’re in for a treat. Something spectacular and unexpected. One of the best matches you’ve ever seen. Enjoy, have fun,and all hail the King.’ 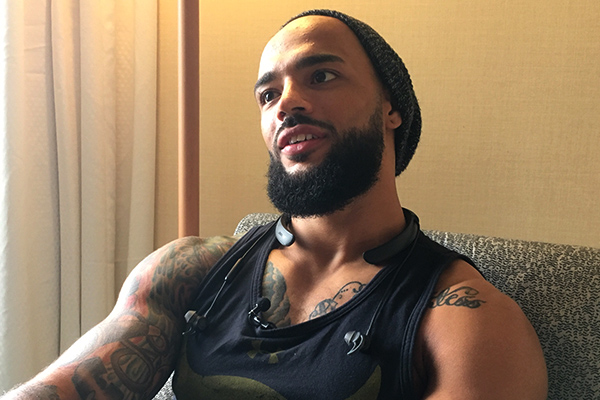 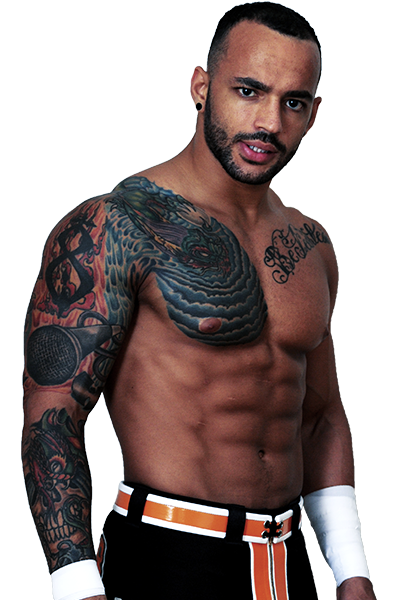