Yota Tsuji and Yuya Uemura: Lions looking to roar back (1/2) 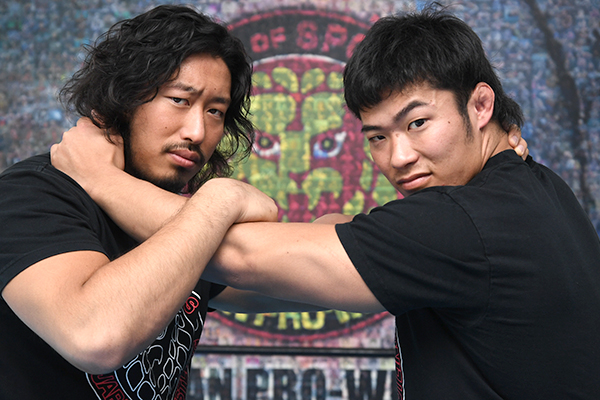 As Yota Tsuji and Yuya Uemura get set to roar back to the ring, we talked to the two Noge Young Lions about their young careers so far, and future opponents they’d like to face.

‘I always think the Tsuji chants are louder’, ‘Oh, I dunno, there are a lot more girls yelling Uemura!’ 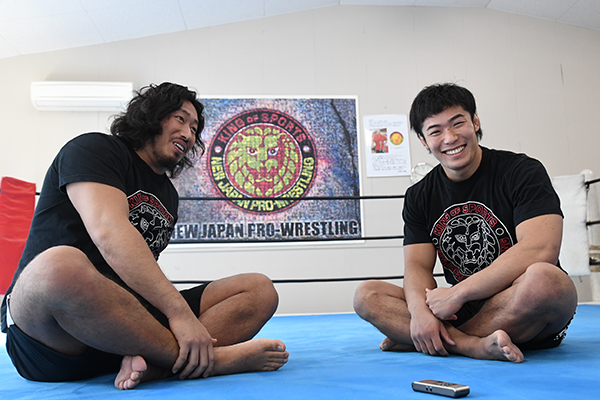 –So, this is the first time we’ve sat down with the two of you together… What were your impressions of one another when you came into the Dojo, and how have those impressions changed?

Tsuji: We came into the Dojo on the same day at the same time. At first it really struck me how strong Uemura was, and that hasn’t changed a bit.

–What in particular impressed you about Uemura, strength wise?

Tsuji: The same drills that would completely blow me up seemed to be no problem for him. I had spent all that time in university playing American football, so I thought coming in that I would have a physical edge, but those first three days, he blew me out of the water.

Uemura: No, no, I think it was more will-power than anything else. And I think having amateur wrestling experience really helped me.

Tsuji: However you did it, it was super impressive.

–So Uemura, what did you think of Tsuji?

Uemura: He moved really well on the mat when we had our tryout. That definitely stuck with me.

–You took well to the mats right away. How have those impressions changed over time?

Tsuji: The biggest thing I think for Uemura is how much weight he’s been able to put on. He looks completely different to when he started. It’s amazing.

Uemura: No, I still have a long way to go!

–It seems like you’ve come a long way since you teamed with Tiger Mask in the Super Junior Tag League.

Uemura: I don’t think I’m doing anything different to what I’ve always done. Then again, though, ever since the LA Dojo members have been a part of everything, I have really felt that Noge can’t lose out, and that’s driven me a bit more.

–LA Dojo has been a big motivator for you?

Uemura: Yeah. Plus around last April, May I suddenly started to put on weight, and I could move around a lot better, too.

–Tsuji, did you sense that change?

Tsuji: I think he hadn’t shown much emotion in the ring before, but you saw more fire in him during the cup. That sounds like I’m his senpai or something, sorry!

–You think a fire was lit under him?

Tsuji: I think so. And obviously that was a big motivator for me, too.

–Uemura, does Tsuji motivate you too?

Uemura: Oh yeah, for sure. Like at the moment, I really feel Tsuji’s getting more chants in the buildings.

Tsuji: Oh, I don’t know. That’s probably just because Tsuji’s easier to chant! (laughs). I think the Tsuji chants seemed to be lower pitched.  You seem to have a lot more women cheering for you.

Alex being entered in the New Japan Cup field was really hard to stomach. 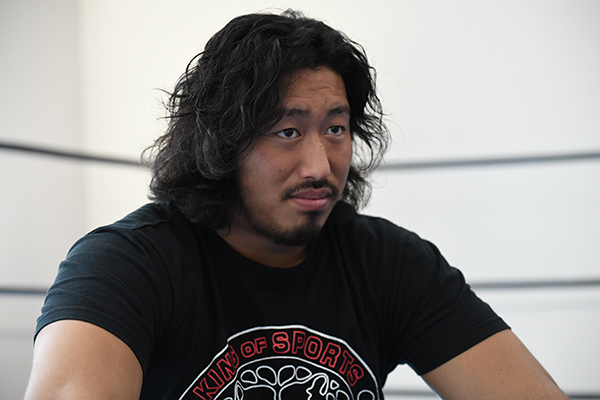 –What matches really stick with you from your career to date?

Tsuji: This is pretty recent, but in Sapporo on February 2, I wrestled Toa Henare and it really felt different. Like I was able to move up a gear, so to speak.

–What do you think of Henare?

Tsuji: I don’t know what he thinks of me, but I see him as a rival. I want to be a heavyweight, so I see him as the first heavyweight I have to beat. I can see us wrestling one another for quite a while to come.

–Last year he teamed with Tanahashi in the World Tag League. You had wanted that spot beforehand.

Tsuji: Tanahashi’s a tag champion now, of course, but the fact is, I still said I wanted to team with him, and that still stands.

–You still want to team up with Tanahashi.

Tsuji: Right. But with Tanahashi teaming with Ibushi now, Henare’s without a partner, so maybe he and I can be in World Tag League this year.

Tsuji: Right. I couldn’t get in the New Japan Cup, of course…

–Before it was cancelled due to the Coronavirus outbreak, Karl Fredericks and Alex Coughlin were entered into the New Japan Cup.

Tsuji: I appreciate I lost to both of them during the Young Lion Cup. Fredericks went on to win that, and he was in the World Tag League too. Alex was really hard to stomach, though.

–You don’t agree with him being in there.

Tsuji: I don’t. He’s hardly been in Japan, and I certainly never heard him once say he wanted to be in the cup. My record is what it is, but I’ve been in the ring every night, and then afterward saying how much I wanted in. So for him to get there instead… I did beat him in Kobe last September by the way. 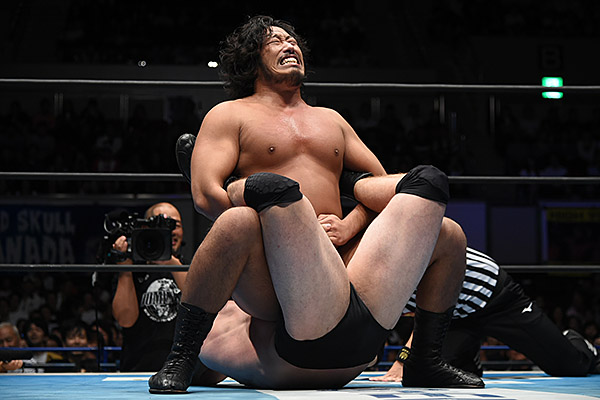 –So with New Japan Cup off the table, what’s next for Yota Tsuji?

–Uemura, what did you think about the two LA Dojo members being entered into the New Japan Cup?

Uemura: Maybe Fredericks earned it after he won the Young Lion Cup, but Alex was definitely tough to hear about. I definitely want to beat the LA guys. They’re natural rivals.

I want him to know I’m not done yet. I absolutely want a singles match with Suzuki. 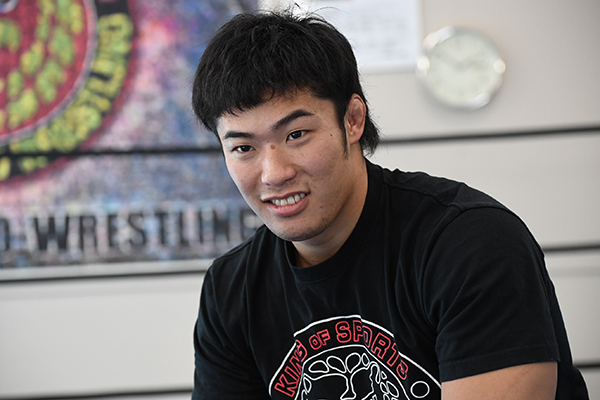 –Uemura, we have to talk about February 20 in Korakuen Hall. You were opposite Suzuki-Gun in a tag match and immediately went right after the King.

Uemura: When I’m working around the ring, he’ll come over, hit me, hit me with chairs, beat me down when I have nothing to do with the match. I thought this was finally my chance to get some revenge.

–You kept on getting beaten down, and kept firing right back up at Suzuki. The fans were completely behind you.

Uemura: I just kept on thinking ‘you SOB!’ and charging in. I definitely didn’t get to do as much as I wanted. I want him to know I’m not done yet. I absolutely want a singles match with him.

–At the end of the match, Suzuki teased a Gotch Style Piledriver on you, but elected not to hit it.

Uemura: That’s actually more frustrating, if anything, that he decided that he didn’t need to hit that move. There’s no way I’ve given him everything I have. I absolutely want to face him one on one.

–You’re determined to take him on.

Uemura: Yeah. I know how tough he is, without all the cheating and the brawling. I love that old school style of wrestling, so I want to face him straight up in that style of match. 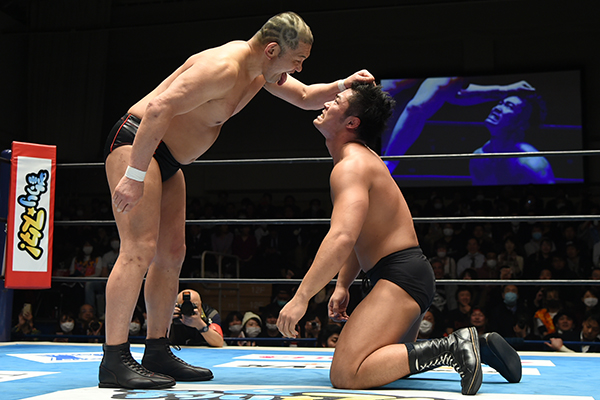 –You’ve made your feelings very clear. Tsuji, is there anyone you’d like to face?

Tsuji: He’s just constantly fired up. i’d like to experience that.

–Is there anyone you’d like to face other than Suzuki, Uemura?

Uemura: Hmm, I’d like to take on anyone and everyone really, but while I’m still a Young Lion, I’d like to take on Yuji Nagata again one on one. Togi Makabe as well. Nagata has taken care of me really well since I’ve been working as his assistant, and Makabe has worked really closely with us training before matches, so I’d like to show him how far I’ve come. Oh, SHO, too!

–You and SHO are both from the Ehime prefecture. You both started using the hashtag #NEXTBOYZ to refer to each other, but you want to take him on in a match?

Uemura: Yeah! Not a tag match, one on one. In Ehime!

–NJPW often run in Uwajima, which is in Ehime.

Uemura: Nah, I’m from Imabari, which is pretty far from Uwajima. Matsuyama would be a fair middle point between the two of our hometowns. Oh, and while I’m asking for things, I want to get enough results in Best of the Super Juniors to be able to challenge Hiromu Takahashi for the IWGP Junior Heavyweight Championship.

–That speaks to another goal you’ve decided on already.

Uemura: Yes! I want to be in Best of the Super Juniors, and I want to produce while I’m in it. Even if I don’t win the tournament, if I can beat Takahashi, I have a chance to challenge. That would be a first wouldn’t it? For a Young Lion to challenge the champion? I want to give it a shot! 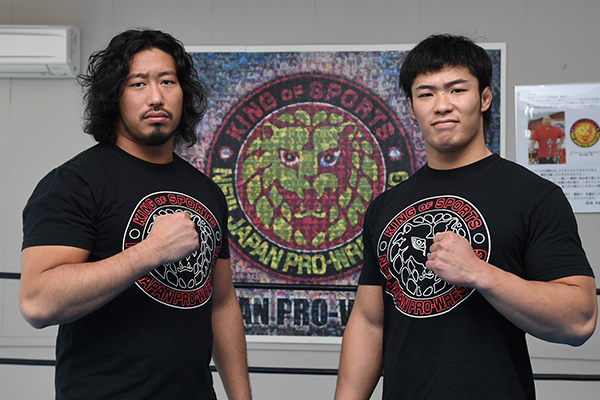