As cancellations continue to affect the NJPW calendar, we are continuing to prepare special programming for fans under the NJPW Together banner! 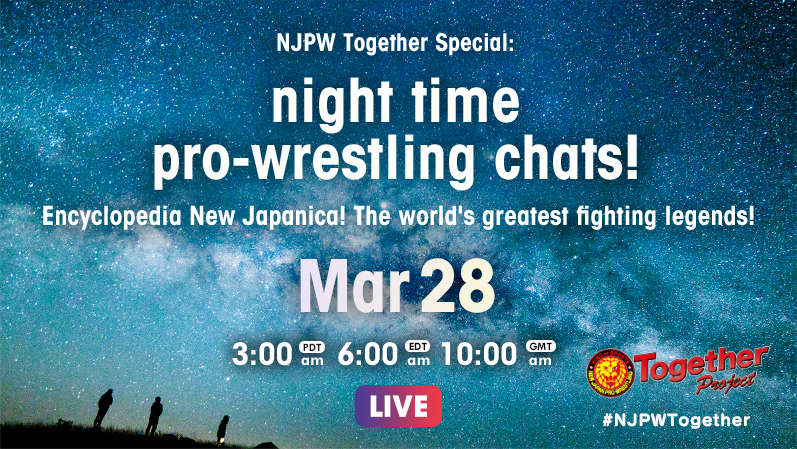 Coming up on March 25, we’re excited to bring you An Evening with Kazuchika Okada and Tiger Hattori, as one of the world’s greatest wrestlers talks to one of the greatest referees of all time.Then, on March 28, we’ll have Encyclopedia New Japanica, exploring some of NJPW’s greatest moments.

As March turns into April,  go behind the scenes of Hiromu Takahashi’s return to the ring and IWGP Junior Heavyweight Championship glory with a special Get Sports documentary! Plus, some of NJPW’s best wrestlers from around the world reflect on their favourite career moments, biggest entrances and most impactful finishes!

All this, and more to come as part of NJPW Together on NJPW World!