Check out part two of our interview with the Noge Dojo prospects! 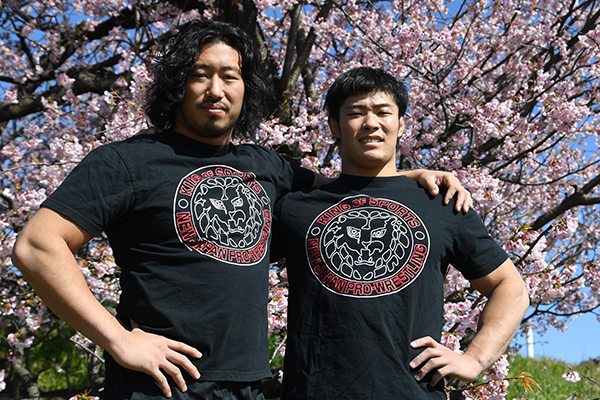 Check out part one of the interview here!

From excursion hopes to future finishing moves, Tsuji and Uemura talk about springing back as the cherry blossoms are in full bloom!

Mexico would absolutely be the best learning experience for me 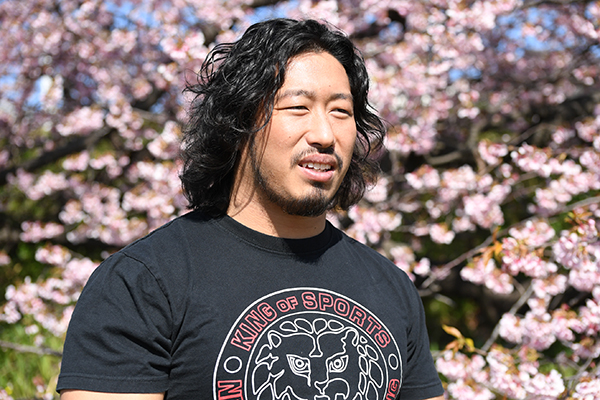 –In part one of this conversation, Uemura said he wanted to challenge for the IWGP Junior Heavyweight Championship. Your thoughts, Tsuji?

Tsuji: As a heavyweight wrestler, I don’t want to lose out to a junior.

–Do you want to challenge for the heavyweight title, then?

Tsuji: I’m a Young Lion right now. I don’t want a title that I would be worthy of challenging of in my current state. So if I go on excursion I want to get up to a championship level, and be able to come back asking to challenge whomever the champion may be. Rather than go straight for a belt right now, I want to up my game to the point where I can wrestle for one and win.

Uemura: Very well put. I want to still get bigger and get better, too. All the same, I do want to make history as a Young Lion challenger.

–What are the chances of us seeing Yota Tsuji entering the G1?

Tsuji: Honestly, I don’t think I’m quite at that level yet.

–Similar to your thoughts on challenging for a title.

Tsuji: Right. I played American football in college as a quarterback. The QB has to come up with a game plan every match. I would always start thinking about what the team was capable of first and foremost. You try doing something that’s beyond your capabilities, and it’ll never work well. So I go into matches fighting at the full extent of what I’m capable of, not beyond.

–So in your analysis, you still have work to do to get to the top.

Tsuji: Right, and to be honest, any situation that I can get into so easily isn’t worth going for.

–You mentioned an excursion before, where would you like to go?

Tsuji: No doubt, Mexico and CMLL.

Tsuji: I love lucha. I like the showiness, I like the dives. I like the llave holds, and moves that you don’t really see much in Japan. I think going there would be the absolute best learning experience to have.

Uemura: There’s still quite a few things I would like to do as a Young Lion before I go on excursion. I’d like to wrestle the guys I named before first. After that… I like the British style of wrestling, but if I were to go on excursion, I’d like to travel to quite a few different places. It would be good to study lucha, too. 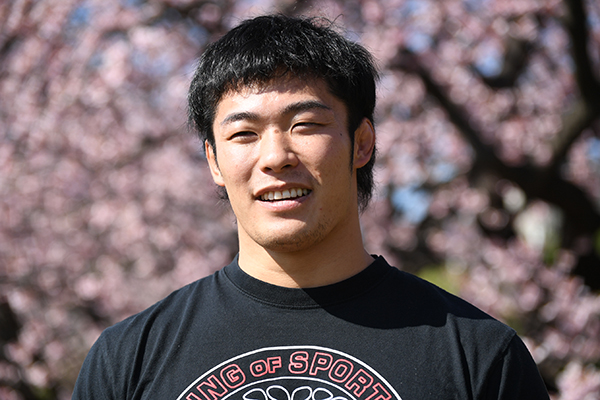 –Has life in the Dojo changed much since Shota Umino and Ren Narita have gone on excursion?

Tsuji: The cooking for one…

–Ah, it was four of you cooking in rotation, so now your turn comes round every other day!

Tsuji: Right. I mean, I’m fine with cooking, really. But personal time has really gone out the window.

–Is it a little lonely over there now?

Tsuji: Not really, but Narita leaving got to me a bit…

Tsuji: We both trained hard in Noge, so for a rival to go over to LA… I know that losing out in the Young Lion Cup to Karl Fredericks had to hurt, but for him to throw his pride away and go over to that Dojo is something you have to respect, I think.

–Uemura, what do you think of Narita’s decision?

Uemura: Obviously, I don’t want to lose out to LA either. I’d love to go on excursion, and when I come back be in big tournament matches, or title matches with the La guys, or with Narita. Or with Umino. It’s on me to better myself to be in that position.

Tsuji: And I can’t forget that my debut opponent is on excursion to the UK right now, Great-O-Kharn (then Tomoyuki Oka). I want my revenge on him someday.

I learned a lot, seeing the Walls of Jericho. 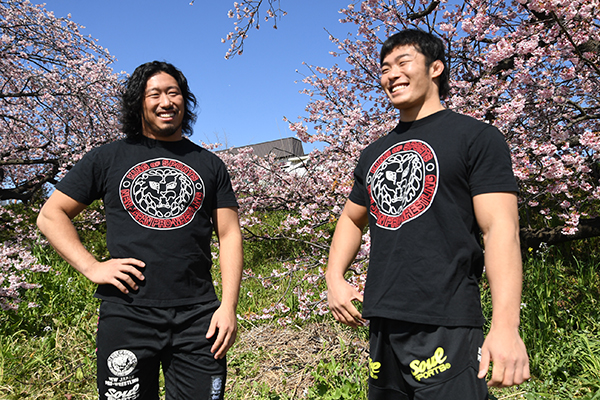 –Let’s talk about moves a little bit. Uemura, what made you start using the Overhook Suplex?

Uemura: It started as a counter to Narita’s High Gable suplex. When he grabbed me, I’d grip over his arms and suplex him instead. So it started as something I just used against Narita, and then I realised it could be just as effective on other opponents, too.

–You’ve become more and more proficient at the move; are you looking to develop it further still?

Uemura: Right. I want to make it a move that I can hit on anyone. I haven’t been able to finish many matches with it either, so when it comes to my grip I want to make sure it’s harder to escape from, and I want to be able to deal more damage with it.

–Tsuji, you’ve been using the Boston Crab, but we have seen you bust out the Giant Swing en route to that hold.

Tsuji: Right. I’d like to keep working on the Boston Crab, and when I thought about dealing extra damage before getting into the hold, I realised you could get into the Giant Swing the same way.

–What made you want to perfect the Boston Crab?

Tsuji: It was really around the Young Lion Cup. All the other Noge guys were using suplexes; Umino with the Fisherman, Narita with the High Gable, Uemura with the overhook. I wanted to do something different.

Tsuji: It’s such a fundamental wrestling move, so it really made sense to me to perfect that.

–Chris Jericho made a fundamental move a powerful finisher with the Walls of Jericho.

Tsuji: I learned a lot watching him. Seeing the different ways he can get into that hold. I was ringside when he wrestled Tanahashi in the Tokyo Dome on January 5. I was supporting him while making mental notes all the time. I mean, if that hold can submit Tanahashi…

–That makes a lot of sense. So you’ll keep working on that Boston.

Tsuji: Yeah. I want to expand my moveset, of course, but at the same time find more ways into the Boston Crab, like you saw me try against Henare in Sapporo.

–We’ve had to start 2020 and then stop. When we do restart, what are your goals?

Tsuji: Hmm… It’s hard, because I made noise about teaming with Tanahashi and being in World Tag League, and being in the New Japan Cup as well, and I couldn’t do any of those things. So I will say that I’d like to continue to get better, to elevate my game and elevate the status of the wrestler that is Yota Tsuji. If you want a big picture goal, I want to win the IWGP Heavyweight Championship from Tanahashi!

Uemura: I said I’d explode last year, so this year I want to explode in a huge way! I want to beat one of my senpai, and keep tearing up in all my matches! 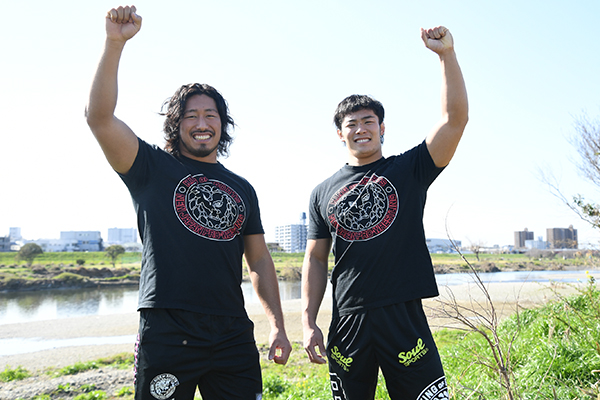