Henare makes it clear what his plans are when returning to the ring. 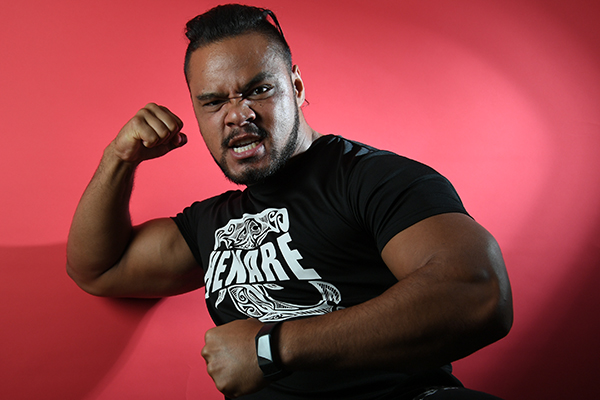 When news of NJPW cancellations first hit at the start of March, Toa Henare had the bitter pill to swallow of a singles main event of Tomohiro Ishii being snatched away from him. With typical warrior spirit, however, Henare’s motivation is only growing, as he relayed to njpw1972.com.

I’ve learned a lot over the last two years. I feel I have enough now to take him on. 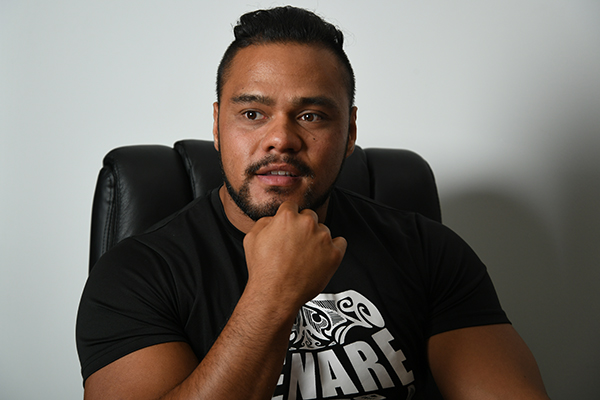 –You’re not resting up even in the face of event cancellations with the Coronavirus outbreak.

Henare: For me the best way to fight a virus is to be active and healthy. If you keep moving, you have better blood flow, better air flow. So there’s less chance of getting sick from a virus.

–The cancellations had to be frustrating. The first night of the New Japan Cup, you were going to face Tomohiro Ishii, in what would have been your first main event, right?

Henare: I watched the match back recently. I thought at the time I had come close to beating him, but watching it back now, you could see in my eyes, I had no idea what I was doing. 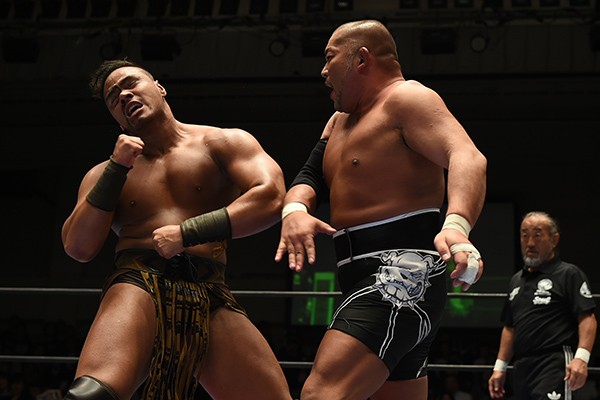 –There was a big experience gap.

Henare: This veteran was just destroying me. Now though, I’ve learned a lot over the last two years. I feel I have enough now to take him on. I just have to stay strong until that match does happen. I’m confident it will.

–For a long time now, people have said all you need is one big win to break through to the next level.

Henare: It’s like trying to put the wrong key into a key hole. It feels like there’s been just some little part missing. But ever since the singles match I had with Shingo (Takagi, October 2019), and then the World Tag League with Tanahashi, I think I’ve figured out myself a little bit more.

–You’re more comfortable with who you are in the ring?

Henare: I think I’ve made it now so that everything I do makes more sense. I have the key now, I think. It’s no secret that from day one, I always wanted to win the NEVER Openweight Championship and that’s the same, but there’s certain tools you need to win that. 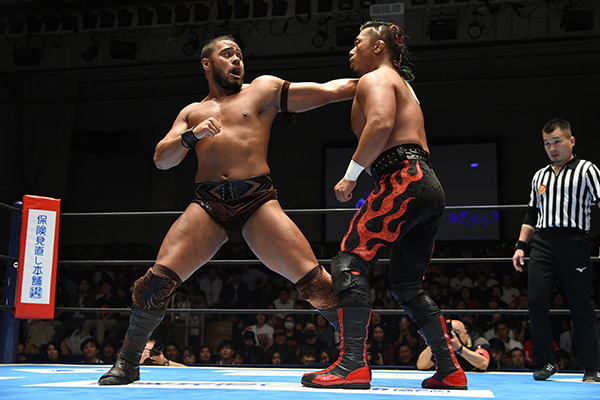 –It takes a while to get that toolset.

Henare: And sometimes I get ahead of myself and forget I’m pretty young in my career. Rome wasn’t built in a day, and the same goes for a wrestling career. Realising that has really helped my confidence the last five or six months.

What I really am is a fighter. That’s what I want to bring out. 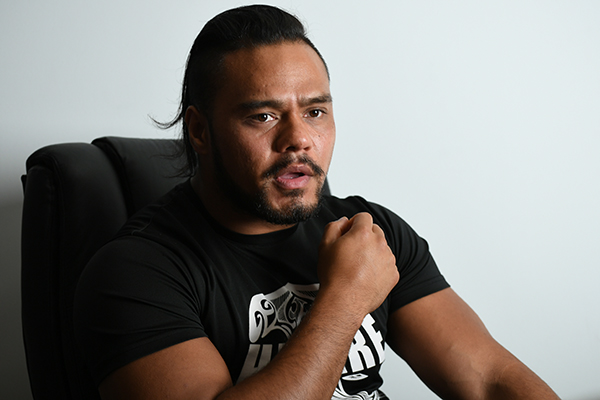 –We’ve seen that change in you visibly as well, since World Tag League…

–Well, that too! (laughs) But it’s been a different look, different gear, different presentation. It must have been a great experience to learn from Tanahashi as well through the World Tag League.

Henare: It was amazing. He’s not just a next level wrestler, but a next level human being. He’s like a real life version of Goku from Dragon Ball. You just feel an energy from him. There’s nothing bad about him. So I had to ask myself ‘If I’m with him, what do I bring to this team?’

–You had to figure yourself out.

Henare: Yeah. Like was I the tough guy in that team, or what? Before I used to do the Haka before all my matches; I thought that the fans would think that’s cool. What I really am though is a fighter. I went to Thailand to train because I enjoy fighting, and that’s what I want to bring that out in my matches.

–This is who you want Toa Henare to be.

Henare: Yeah. It’s always been me, but it’s new to the fans. When I injured my Achilles, that meant I didn’t get the excursion a lot of Young Lions get, so I didn’t reset enough. I got too caught up in the Young Lion style, and didn’t branch out. Now I can finally say ‘this is who I am, and this is what I want the fans to see’, in a real sense.

Nakanishi was such a nice guy, but you knew deep down what a fighter he was 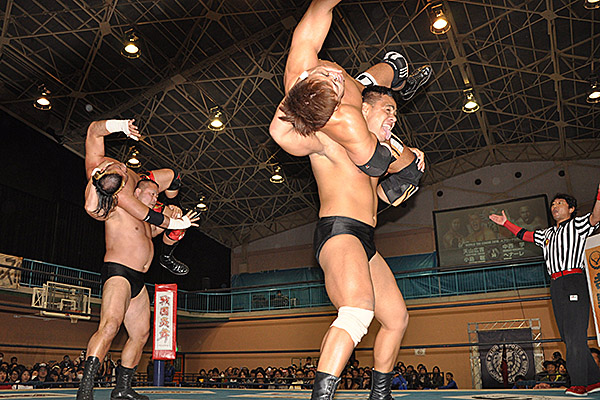 –In the past, you’ve teamed a lot with Manabu Nakanishi. What were your thoughts on his retirement in Korakuen Hall back in February?

Henare: It was such an incredible event. It was amazing that Tanahashi was being booed, for being opposite him! I was on the stairs watching on the monitor and couldn’t believe it.

–He was one of your first mentors in NJPW it seemed.

Henare: When I first got to the Dojo, he was always there. Offering me food, offering me his Monster Morning breakfasts! (laughs)

–That’s a test in itself! (laughs)

Henare: He’s such a nice guy, but still with that sense where you know he’s a fighter. One thing I found out as well is that he fought a guy called TOA, right?

Henare: Paul ‘TOA’ Kingi. He’s actually really famous in New Zealand. He was doing the Haka and everything. I was amazed when I found out! I thought I was the first guy doing the Haka in New Japan! (laughs)

–This was when there was a lot of crossover between MMA and pro-wrestling. It seems like you would have really thrived in that environment.

Henare: That whole time period got me interested in Japan. The strength of the martial arts spirit in professional wrestling. I don’t agree with what Suzuki-Gun do, but I know Minoru Suzuki has talked about how combat is always at the root of what we do as pro-wrestlers, and I do agree with that. It’s what other wrestling around the world is missing.

NEVER has its own special something. Its own psychology. 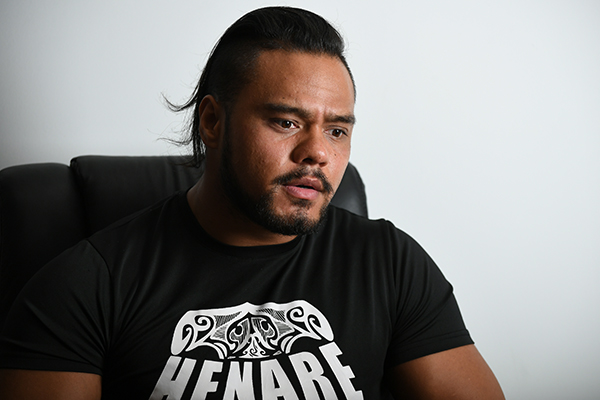 –You said earlier you always wanted to be involved with the NEVER Openweight Championship. What does that title represent to you?

Henare: I know NEVER started as a way to highlight young talent, but it organically changed, and that in itself is what I like about it. I love the openweight, pound-for-pound style belt. In Thailand, traditional Muay Thai is openweight as well.

–You get some interesting clashes of styles with an openweight setting.

Henare: There’s the old saying ‘styles make fights’. You can get a small junior heavyweight versus a super heavyweight, or you can make different trios with the six man titles. You don’t get that anywhere else in the world. It’s almost like the early days of MMA, where you have very different combat styles in there.

–Shingo Takagi is really dedicating himself to elevating the status of NEVER.

Henare: And it’s working. You’re seeing there’s just so much more interest in all of these potential matches. NEVER’s got its own special something. Its own psychology.

Henare: I can’t think of a single NEVER Championship match that I didn’t like watching. In fact, Togi Makabe and Tomohiro Ishii at Wrestle Kingdom 9 was the first ever live NJPW match I saw. 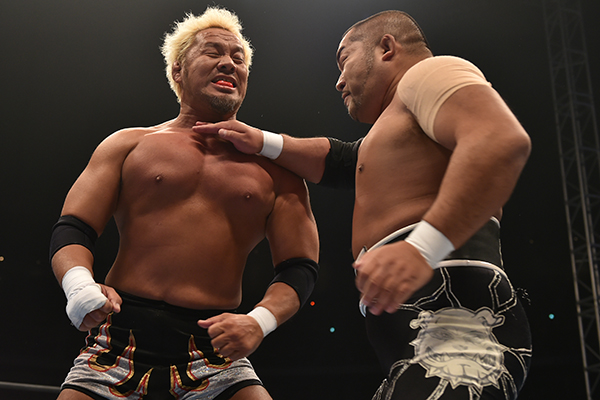 –Really! Were you in the Dojo system at that point?

Henare: Not officially no, I’d done the tryout, and was invited to the Tokyo Dome. Two big guys just trying to hit each other. Like Diego Sanchez and Gilbert Melendez in the UFC, just throwing until one man dropped…

–Or Don Frye and Yoshihiro Takayama.

–The New Zealand Dojo is now officially established. What do you think we can expect to come out of that Dojo?

Henare: There are a lot of great athletes in Australia and New Zealand that would do well in wrestling, but there isn’t the grass roots support. There are a few independent places but it’s hard for them to get a firm foundation.

–That can happen in the NZ Dojo.

Henare: People often call New Zealand the ‘land of the giants’. We have guys that are two meters tall, 120 kg. Kids that are built for battle that we can take and turn into great wrestlers. There’s space for wrestling to grow, and space for NJPW to grow in New Zealand. 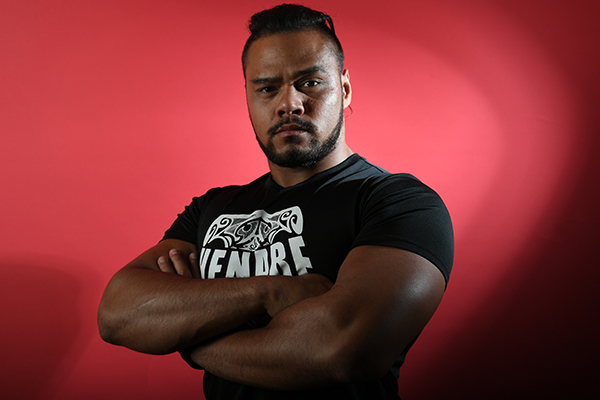