Our look at the next generation of junior heavyweights in NJPW continues with El Phantasmo! 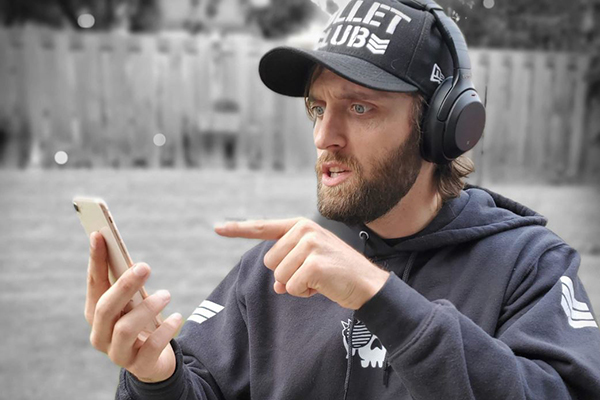 In New Junior Generation, we talk to NJPW’s top junior heavyweights about the state of the division, and how it will move forward when NJPW returns to action. This time, El Phantasmo graced us with his presence! 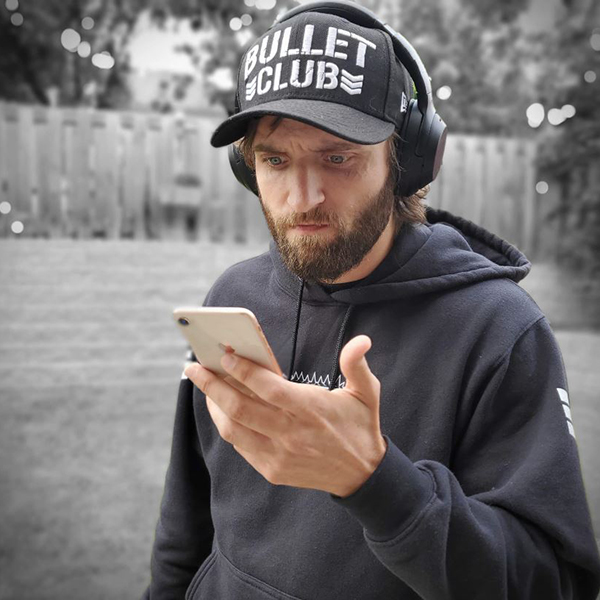 –Thanks for agreeing to this interview online.

ELP: The pleasure is all yours, I’m sure.

–When we interviewed El Desperado in April, there was a little exchange on Twitter…

–You called Desperado a ‘bitch’ and asked why we didn’t interview you instead. 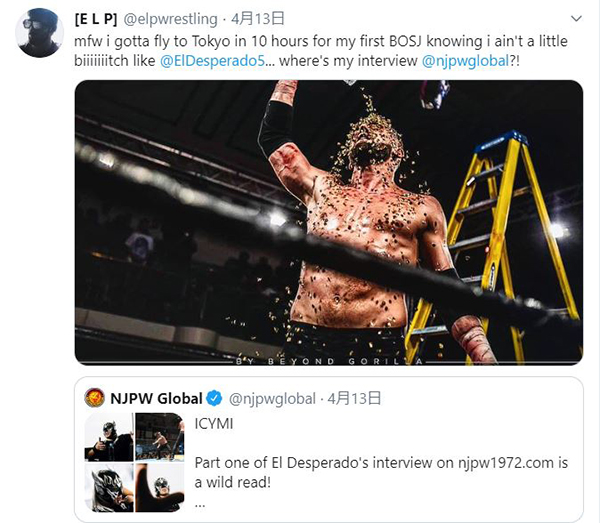 –Now here you have your interview. Was there something you wanted to talk about specifically?

ELP: Well, that tweet wasn’t a shot at Desperado per se, more at the company.

ELP: Well, Desperado missed Best of the Super Juniors because he got injured in a deathmatch the week before, right?

–Against Jun Kasai, yes, in a non-NJPW event.

ELP: Yeah well I wrestled in a TLC match in the UK one day before I flew to Japan to be in Best of the Super Juniors last year.

–BoSJ started on May 13, with a press conference on May 12, but you wrestled in RevPro for the British Cruiserweight Championship on the 10th .

ELP: There were tables and thumbtacks, and I had a gash on my head, but I didn’t complain. NJPW gave Desperado a big platform to talk about the bitch he is, and that’s not fair. I didn’t get hurt, because I’m tough, and then went 5-0 in my first matches in Best of the Super Juniors.

–It was certainly a strong start for you in NJPW, following up on your debut in Dontaku. Before you debuted in BULLET CLUB, there was a lot of hype, a lot of videos that started during the New Japan Cup.

ELP: It showed that BULLET CLUB had a lot of stock in me. The video was awesome, it was really well made, but it was on me to go and show everybody what I’m all about.

–You debuted with a win, teaming with Taiji Ishimori and beating Will Ospreay with Ryu Lee (watch on NJPW World!). Was the pressure a factor?

ELP: It was definitely the most pressure I’d ever had in my career. I’m debuting in the f***ing BULLET CLUB, in the best wrestling promotion in the world, New Japan, and most people didn’t know who I was. But I thrive on that. When I came back through the curtain, they told me I got a bigger reaction than AJ Styles did five years earlier, so there.

–The pressure motivated you.

ELP: To be honest, I was more nervous and sweaty before that match than I’ve ever been in my life. But I knew I had to go out there and do what I do.

–A lot of fans recognized you from the video, but officially, you were ‘X’, a mystery opponent until May 4 at Dontaku.

ELP: The people that knew, knew, and that was fine. But I was out to make sure people who didn’t know me knew by the end of the match. 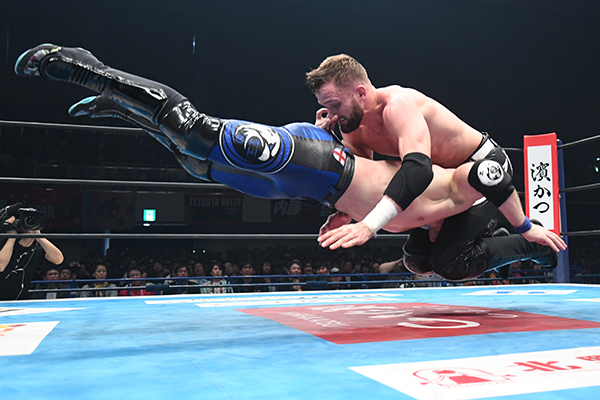 –BULLET CLUB has a lot of history in Fukuoka and Dontaku. They were formed at that event in 2013. Was the history of the club something that you were conscious of?

ELP: Well, I knew straight away that I would get comparisons with Prince Devitt.

–Visually, the light up jacket and the shades instantly drew that comparison.

ELP: I’d been wearing light up jackets and shades before NJPW. Plus, we’re both ripped, good looking dudes with a beard and a fresh fade *laughs*. But I went into Dontaku really aware that now I could represent the spirit of what BULLET CLUB means, which is to go and tear s**t up and do whatever the f**k you want.

–You had history with Will Ospreay from your days as an independent in the UK. What surprised him, and a lot of fans on your debut was your attitude.

ELP: (sarcastically) Oh, really? How so? 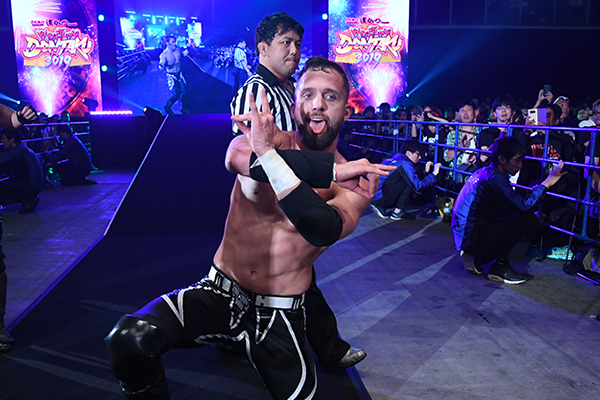 –Well, tea-bagging Ospreay with an ice pack after the match for a start.

ELP: Everyone including Ospreay assumed that if I was going to join NJPW, it would be with him in CHAOS. I would play to fans a lot when I wrestled in Canada and the UK, before New Japan. But I got invited into BULLET CLUB, and when I joined, everything… clicked.

–It was a natural fit?

ELP: Look, I didn’t plan to tea-bag Ospreay with an ice pack. I didn’t sit before my match, thinking about insulting babies in the front row, or stealing hats and throwing them into the crowd. It came on the spur of the moment, it was all natural, and it felt right.

–It had more than a few people within the company angry, as well as the fans in the crowd…

ELP: …and yet when I came back through the curtain every night, it would be (Tama) Tonga, and Gedo, and Jay (White) congratulating me and saying that if I get them as mad as that, it means I’m doing it right. I’m going to listen to those guys more than suits in the office, or dorks like you who have never had a fight in their lives.

Of course Robbie wasn’t a good fit; he sucks. 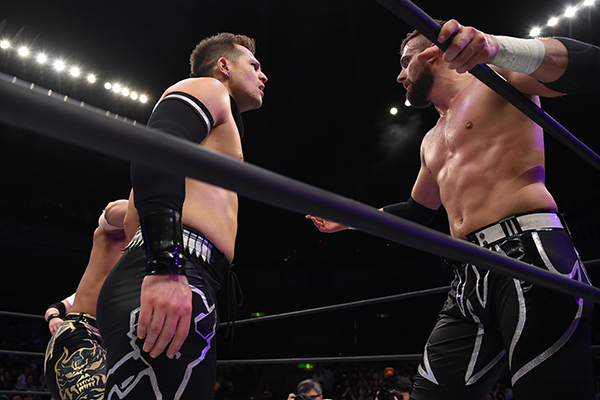 –So in retrospect, you’re glad that you came into NJPW as part of BULLET CLUB?

ELP: Of course I’m glad. Look, BULLET CLUB is the single greatest faction in the history of professional wrestling. Look at the members that we have here in NJPW, and the members that were here and are now all over the world. We run everything in this business. I’m absolutely glad that they saw that attitude in me, and decided to give me a shot. I mean, if I went into CHAOS, I would have been just a guy like they all are. I would have been a Robbie Eagles.

–You teamed with Robbie early on, through the Best of the Super Junior tour, but at Southern Showdown, Eagles joined CHAOS. Many people, Ospreay included said that Eagles was never a great fit with BULLET CLUB.

ELP: Of course he wasn’t a good fit; he sucks.

–Did you feel that you weren’t on the same page right away?

ELP: Yeah, because I was winning matches, and he wasn’t. I didn’t want to fight Robbie, I wanted to bring him up to my level, so that the junior heavyweights in BULLET CLUB could be elevated. You know how good Taiji Ishimori is, right?

–He’s had a long career, successful in a number of major promotions, and as a singles wrestler was IWGP Junior Heavyweight Champion for the first three months of 2019.

ELP: Exactly. he’s a future hall of famer. And I’ve done a lot to wrestle at that level, wouldn’t you say?

ELP: And Robbie has done absolutely nothing that compares. He’s too worried about what the fans think and if they like him, and because of that he hasn’t achieved anything. He’s never beaten me and he never will. With him now in CHAOS in Ospreay’s shadow, Ishimori and I can both concentrate on being IWGP Junior Heavyweight singles and tag champions.

–So you want both titles?

In part two, Hiromu, Roppongi 3K, Liger and more all get a taste of ELP’s vitriol!