ELP shows his respect, and lack thereof, for the junior heavyweight landscape in part two of our interview! 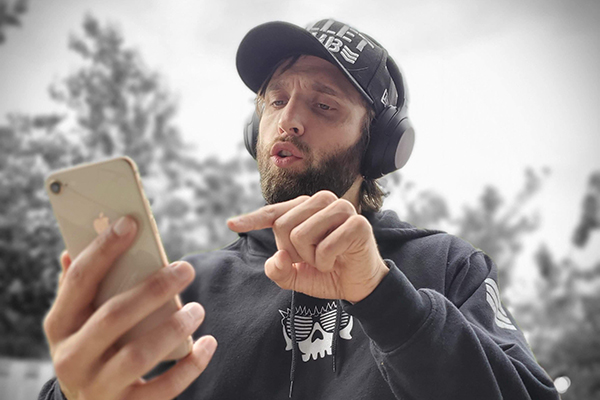 In New Junior Generation, the new leaders of the junior heavyweight division inNJPW speak out about the state of the division and their competition.

Part one with El Phantasmo is here!

I’ll be wrestling a different style when I come back. The style will have to change when we are back. 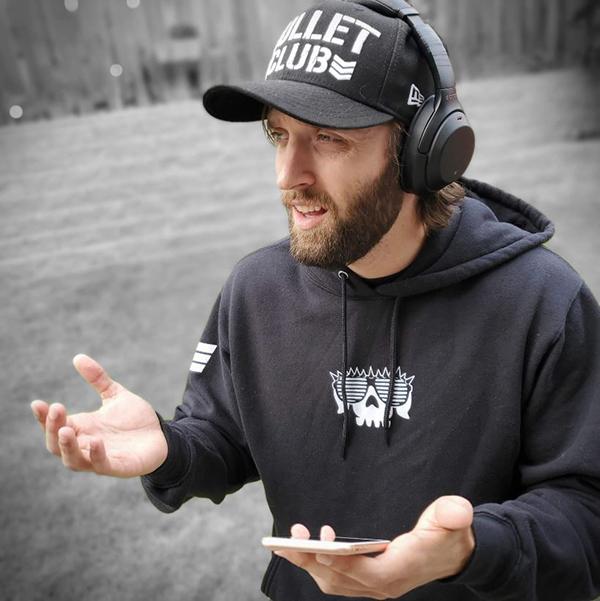 –Some time has passed since our last matches now. When you return, are you particularly eager to make a statement?

ELP: Not necessarily. I think we’ve all taken this time off and we’re coming back right at the same time. I have the mental edge in that situation.

–Right, that certainly has been a theme with a lot of the guys we’ve spoken to.

ELP: But nobody mentions that mentally, everyone is going to be so excited to finally get back in there that it doesn’t take a big outlandish statement. It wouldn’t surprise me if I beat people in under a minute out there because I’ve been doing the mental homework, watching footage, wrestling smarter. I’ll be wrestling a different style when I’m back, because the style will have to change when we are back.

–In what way will the style change?

ELP: When you wrestle five days a week, your body builds up a certain pain tolerance. I haven’t jumped off the tope rope for weeks, so for everyone taking that first dive, that first flip back, there’ll be a moment’s hesitation there.

–It’s less instinctual in a sense.

ELP: And people’s pain tolerance will take a while to build up. You won’t see those big fighting spirit moments, guys getting hit and roaring right back.

–How will you adapt to that, do you think?

ELP: Well for instance, I can’t wait to beat people with superkicks. I’ve been going out in my backyard and superkicking trees as hard as I can. My aim and power are through the roof. When I hit that first kick, it’s gonna knock people out cold.

ELP vs Hiromu is a dream match, but not yet. 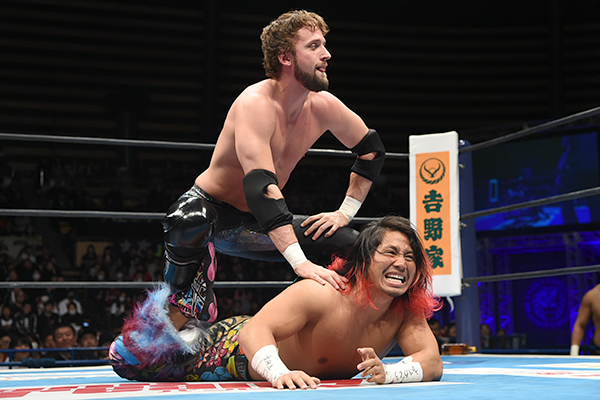 –When NJPW returns to action, where do you see yourself focusing first of all?

ELP: Well, it’s easy to say I want to go after Hiromu (Takahashi) and the singles title. I haven’t won the IWGP Junior Heavyweight Championship, and I want to cement myself as one of the best in the world. But…

ELP: Before all of this virus stuff happened, he was going to wrestle (Tetsuya) Naito, right?

–At Anniversary in March.

ELP: And that match is almost certainly going to happen at some point.

–Right. Tetsuya Naito recently remarked that he wanted to win the G1 and name Hiromu as his challenger at the Tokyo Dome in 2021.

ELP: Hiromu is crazy enough that he could make all of that happen and win. He could well be IWGP Junior Heavyweight and Heavyweight Champion. So it makes more sense for me to wait until Hiromu’s stock is at its highest, and then face him.

ELP: It would be ignorant of me not to acknowledge his accomplishments. I can admit that Hiromu’s comeback was nothing short of a miracle, that he is charismatic, talented in the ring and the people love him. But everyone knows I can match his craziness, and then some.

–You think you’d have the upper hand.

ELP: When I came into NJPW and when he came back, my Twitter feed was full of people talking about ELP vs Hiromu. It’s a dream match, but just not yet. 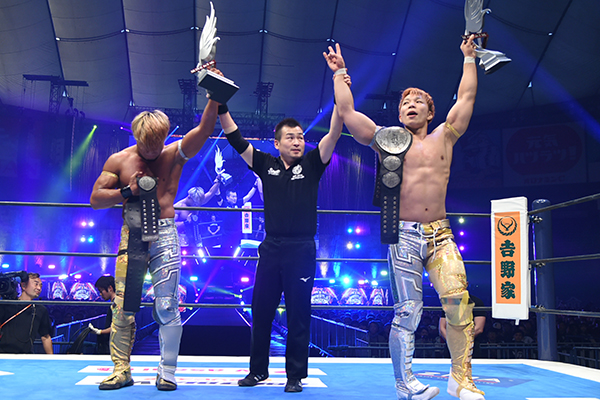 –You want to take on SHO and YOH first.

Well, it’s a safe bet. With Hiromu you don’t know what’s going to happen. But with me and Ishimori tagging, you just know that as soon as we get our rematch with SHO and YOH, we’re bringing those titles back to BULLET CLUB.

ELP: Look, Desperado might be a bitch, but I do agree with him on this: they got lucky, but as a team, they’re dog s**t.

–Desperado was very critical of them as a tag team. When you and Ishimori first started tagging together there were similar critical voices, people saying you were two singles wrestlers rather than a cohesive unit, but you’ve come together well in a short time.

ELP: I can see why people said that, certainly I had never really been a tag wrestler earlier in my career. But when we got paired up, we had instant chemistry. Everything just worked, and we were able to tag in and out.

–Have you learned a lot from Ishimori?

ELP: He’s done everything that there is to do in junior heavyweight wrestling. So you take his calm confidence, and my unpredictability, and it’s a good mix. I still don’t understand how his abs are so ripped though. 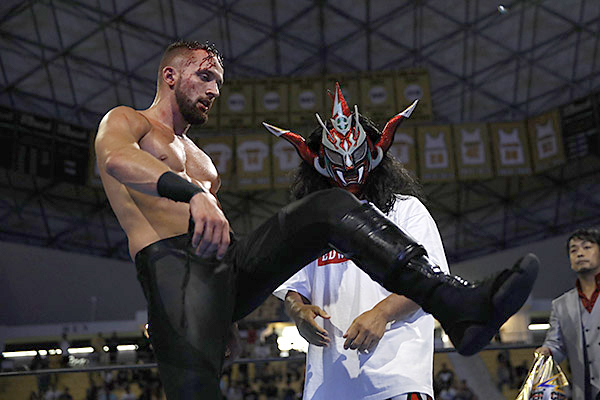 –One thing Ishimori hasn’t done in his career is win the Super J-Cup.

ELP: And I did on my first attempt, covered in my own blood, I might add.

–Jyushin Thunder Liger produced the tournament in 2019, and he was on hand to present the winner’s jacket and trophy. You demanded Liger put the jacket on you, and then you punted the trophy into the crowd.

ELP: Hahaha! That goes back to doing whatever the f**k I want.

–So that was another spur of the moment thing?

ELP: Yeah, but I definitely wanted to get under Liger’s skin though. When he presented me with that trophy I knew that the right thing to do was smash it right in front of his face. I’m sad I didn’t get to retire him, but I know he didn’t want me to embarrass him in his last ever match. Too bad.

–You don’t have much respect for him?

ELP: He has an iconic look, but I never really thought of him as a legend.

–But he represented junior heavyweight wrestling to so many people.

ELP: Look, all I care about is winning matches, and making money. If I can have fun along the way by pissing people off, so much the better. His legacy isn’t s**t, and I don’t give a s**t about it. I’m the subject of this interview, and you need to keep it that way. 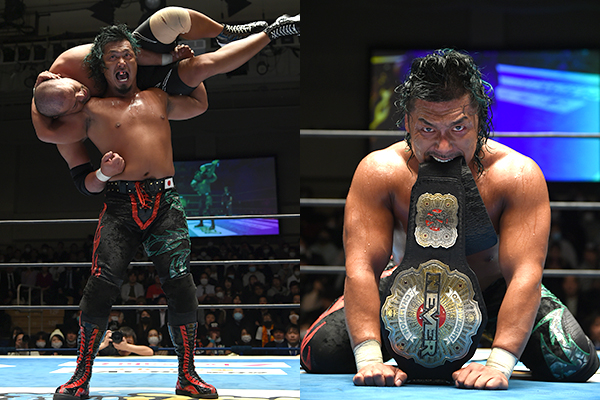 –Well, sorry… Let’s switch gears. Shingo Takagi ended up a finalist in Best of the Super Juniors, but has transitioned to heavyweight and since then he won the NEVER Openweight Championship.

–Well, a number of junior heavyweight wrestlers have said they wanted to take Shingo on. SHO, and El Desperado have both said as much.

ELP: I’d be interested, but only if the title was truly Openweight. That’s what it should be to me; only ever junior heavyweights versus heavyweights. That hasn’t happened since I’ve been around.

ELP: Well, through my whole career before New Japan, I’ve wrestled against heavyweights. There’s plenty of dream matches you could put together with me and a heavyweight opponent. If Shingo makes this a true heavyweight championship, then yeah, count me in.

–Another guy who has transitioned from junior heavyweight to heavyweight is someone who you have all that past with, Will Ospreay.

ELP: Well, I can’t stand the guy, but I think it’s the right call for him to make. He had pretty much done all that there is to do as a junior heavyweight wrestler, and he put on enough size to make that jump.

–You acknowledge all he’s done?

ELP: Well, he’s ambitious, but at the end of the day, he’s going to get his ass kicked by the heavyweights now and that’s going to be almost as much fun as kicking his ass myself. 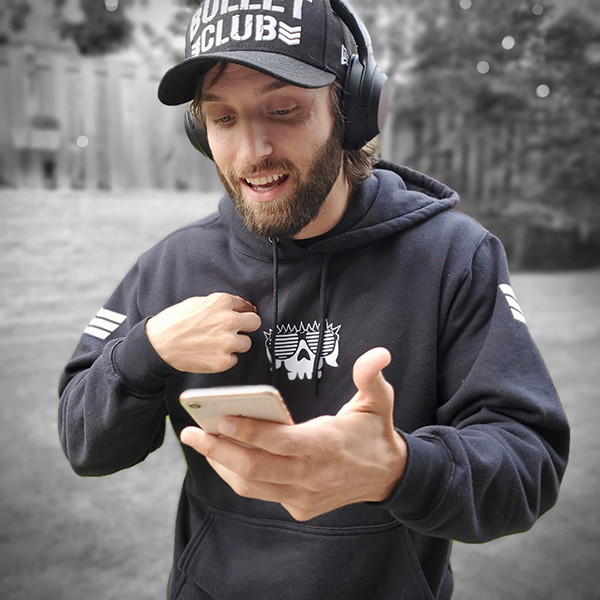 –The last time you faced each other at King of Pro-Wrestling, Ospreay did beat you… (watch the match on NJPW World!)

ELP: Well, once again, first of all, I don’t appreciate your tone.

ELP: And second, for the record, the only reason I lost that match is because I tweaked my ankle doing that balcony dive. So I wasn’t 100%. I’m not making excuses, but if we were both 100%, you know full well I’m going to win.

–Your ankle came into play during the end of Best of the Super Juniors last year, when Ryusuke Taguchi managed to score a victory over you.

–And you were submitted by Rocky Romero in the tournament as well. Two defeats from veteran figures in New Japan; was that a lesson learned for you? 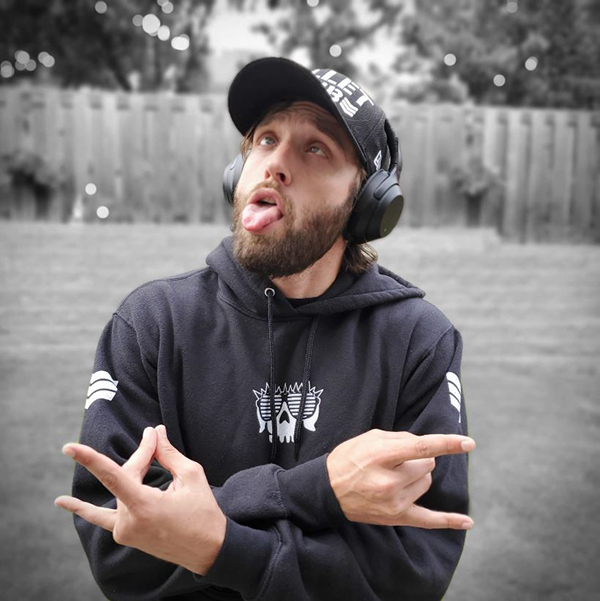