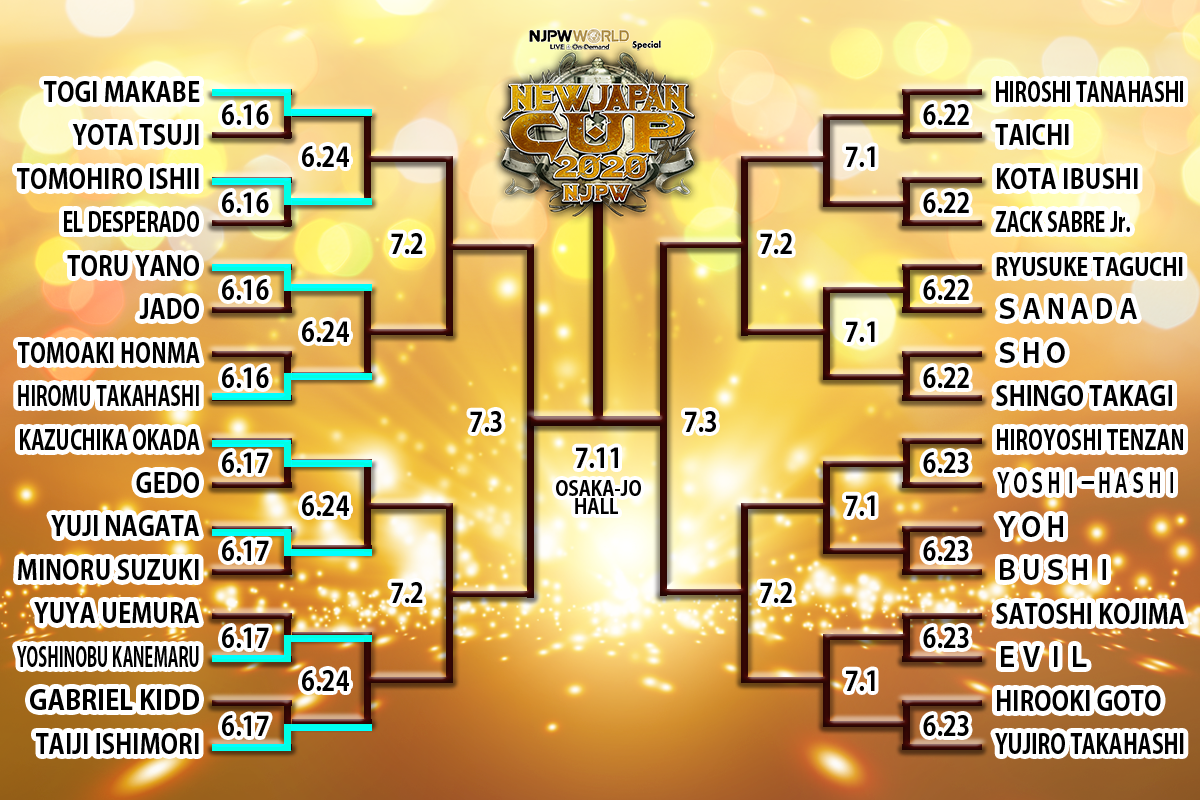 Watch the New Japan Cup LIVE and on demand at NJPW World!

With the first two nights of the New Japan Cup in the books, attention will shift to the right side of the bracket on Monday June 22, and Tuesday June 23. After that though, on Wednesday June 24, the second round gets underway, with four matches already setup, each with their own fascinating history. 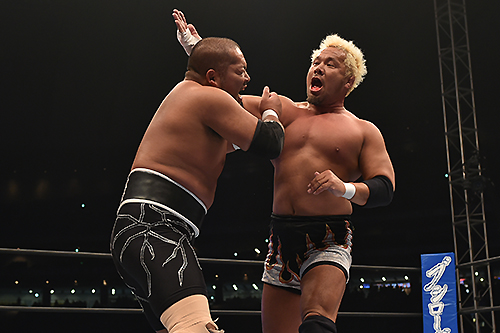 Togi Makabe and Tomohiro Ishii first locked horns in the first round of the 2010 New Japan Cup, a match that saw Makabe advance in the first of six straight singles victories against the Stone Pitbull. Yet it wasn’t until 2015 that the two became major rivals. Makabe started that year with a successful challenge to then NEVER Openweight Champion Ishii, but new champion Makabe’s reign didn’t last long. The very next month, influenza met he missed a scheduled rematch with Ishii, and had to relinquish the title as a result, the CHAOS member regaining his title by defeating substitute Tomoaki Honma at New Beginning.

When Makabe returned, he immediately went after Ishii and the title he never lost, resulting in a series of ever more hard hitting matchups until finally, at King of Pro-Wrestling that October, Ishii scored his first singles victory over the Unchained Gorilla. Since then, Ishii’s garnered two G1 Climax victories over Makabe to boot, going some distance to redress a one sided record. 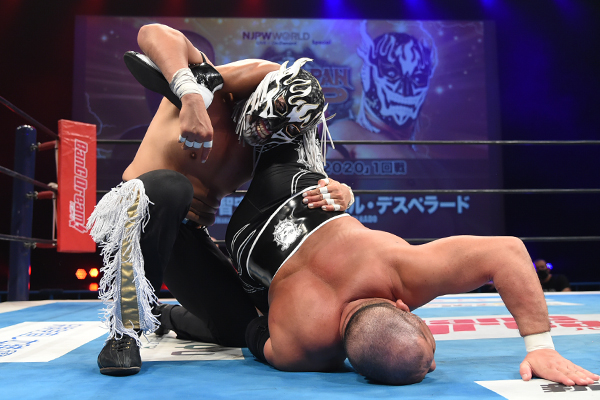 As we head to June 24, Ishii will certainly be relieved at the eight day break between tournament matches. His night one clash with El Desperado saw significant damage done, especially to Ishii’s knee, as Desperado tortured it with Numero Dos. Makabe had a relatively easier night on Tuesday against Yota Tsuji, but Ishii’s superhuman ability to withstand pain will mean he’ll easily be able to give 100% to what might be the most violent match of the night. 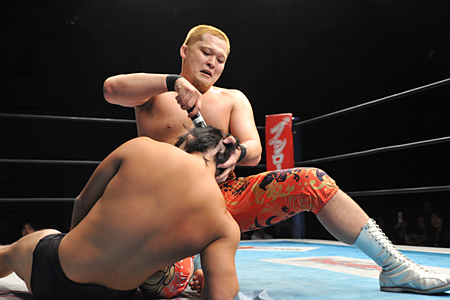 It’s been over eight years since Toru Yano and Hiromu Takahashi, then a Young Lion, met in singles competition, but the mental trauma caused by their confrontation still lingers with the Time Bomb.

As Takahashi made progress as a Young Lion, the CHAOS member, then with a much more pronounced mean streak than recent fans may recognise, would say that the young man had a lot of learning still to do, and had to show sufficient respect by being taken back to the start of his career; shaved head and all. When Yano twice clipped Hiromu’s hair when the Young Lion was at ringside, a singles match was finally made in September of 2011 at NEVER 7.

Before the NEVER Openweight Championships were established in New Japan, NEVER was a sub brand that highlighted rising prospects in smaller venues. Yano attempted to dull Hiromu’s rising star at NEVER 7 and was successful, with a dominant effort. To add insult to injury, he would take clippers to Hiromu’s head, and shave a long strip down the middle of his hair. 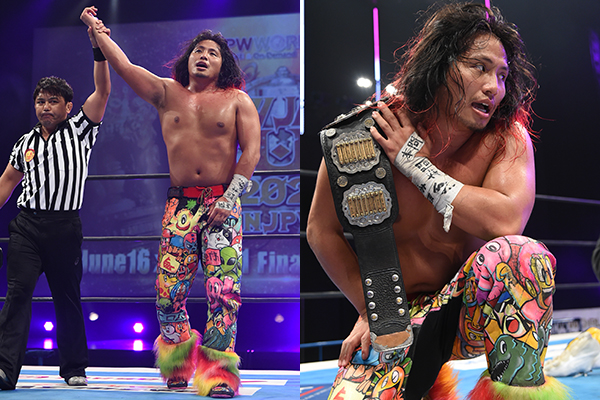 Fast forward the best part of a decade, and Yano made it through to the second round after a trademark low blow and roll-up combination on Jado. Hiromu would get past Honma in a hotly contested match to book his own place in the second round, but his joy at advancing quickly turned to horror when he realised who his second round opponent would be. Can Hiromu lay ghosts of the past to rest Wednesday night? 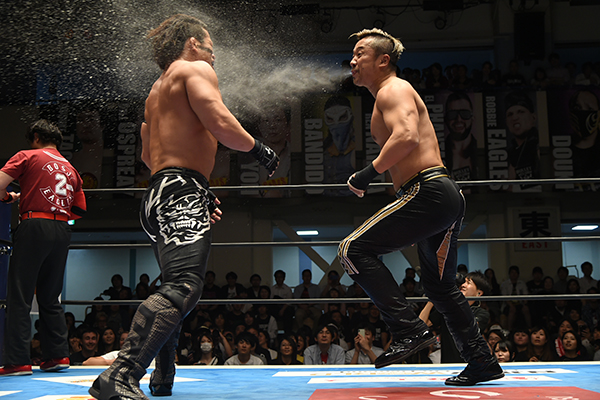 Wednesday might only be the third time we see Yoshinobu Kanemaru and Taiji Ishimori face off in singles action, but their past goes back much further, much to Ishimori’s chagrin.

While both are two of the most decorated junior heavyweights in Pro-Wrestling NOAH’s history, Kanemaru is one mountain Ishimori has never been able to overcome. From their first meeting way back in 2006, Ishimori has never secured victory against the Heel Master, leading to ever escalating frustration on the Bone Soldier’s part.

Yet Kanemaru keeps exploiting same frustration, most recently during Best of the Super Juniors last year, when Ishimori exploded out of the blocks against his rival but was stopped with a shove of the referee, whiskey to the eyes and a quick roll-up in just 3 minutes and 51 seconds of action. 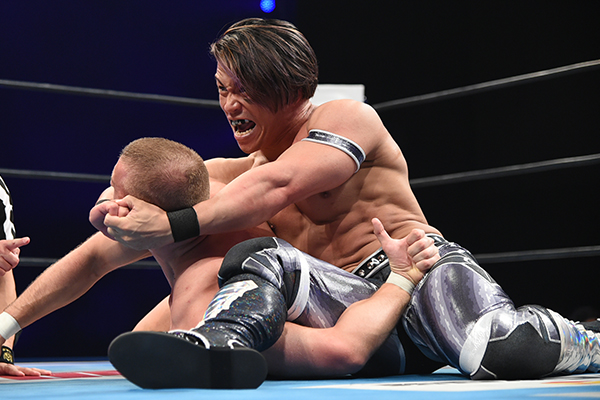 Both men had confidence boosting first round matches against Young Lion opposition, as Ishimori shut down Gabriel Kidd, and Kanemaru got past Yuya Uemura. As the hayfever of spring moves toward a hot summer, can Ishimori finally overcome his ‘Kanemaru allergy’? 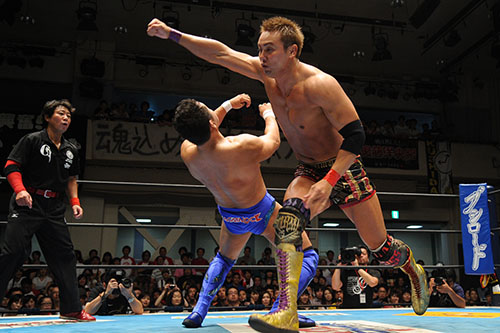 It seems incredible considering the level that Yuji Nagata and Kazuchika Okada have competed over the last several years in NJPW, but thsi will be only the second ever singles encounter between the two men. That match was part of the G1 Climax in 2015, a flaming hot encounter in Korakuen Hall and was the ultimate battle of youthful ability against experience and intelligence. Nagata had spent his entire training period before the G1 working on his limbo ability, all with the plan in mind of evading a Rainmaker. That he successfully did at first, but 18 minutes and 14 seconds later, Okada would finally connect to stay alive into the tournament as it entered its final weekend. 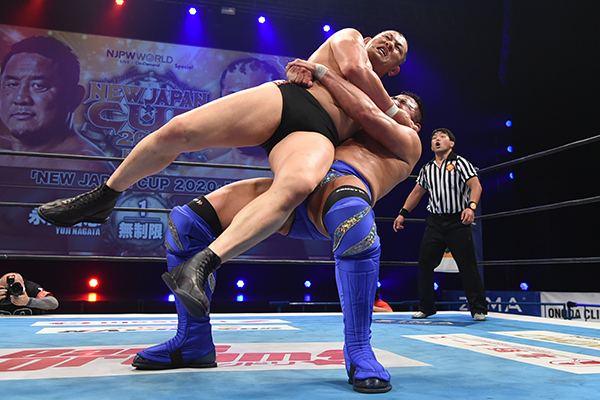 Now Nagata and Okada meet much earlier in the cup. Both will have taken the time to rest up after physically punishing first rounds. June 17 saw Okada viciously assaulted with every weapon bar the kitchen sink by Gedo, while Nagata went to war with Minoru Suzuki in a classic, vicious matchup that will be remembered for a long time to come.

Okada feels duty bound to take the New Japan Cup and meet Tetsuya Naito in the main event at Dominion on July 12. After all, ever since Dominion found a regular home in Osaka Jo Hall in 2015, Okada has been in the main event every single year. Nagata though, after proving his toughness last week now has the chance to really show he can still compete with the very best of the best on a big stage, and he won’t soon let that chance slip through his fingers.