The Rogue General on seven years of BULLET CLUB 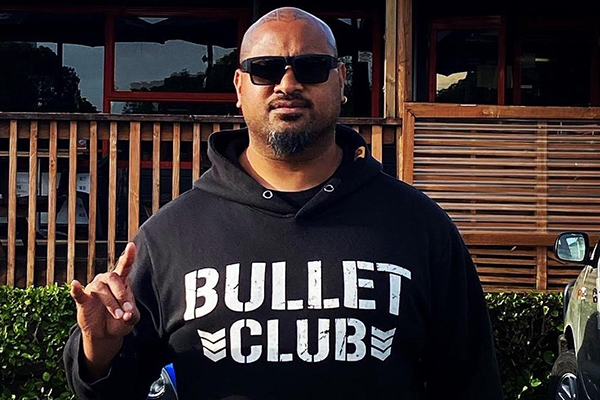 This May, BULLET CLUB celebrated an incredible seven year anniversary as one of the wrestling world’s most dominant forces. From the Underboss to the Rogue General, Bad Luck Fale has been a part of that legacy since before day one. NJPW1972.com sat down with the man himself to talk about the faction’s rich and storied past.

We have teamwork that no-one else does 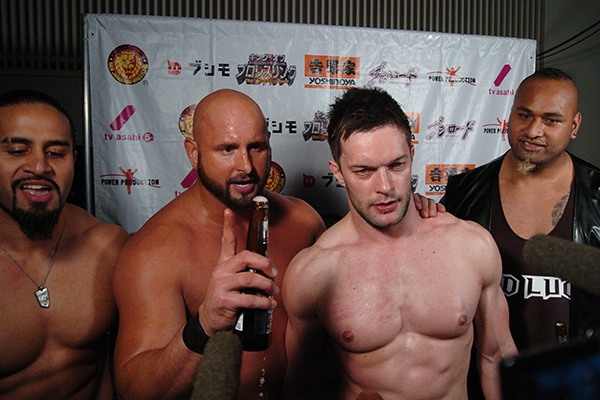 –First of all, Fale, thanks for joining this remote interview.

Fale: You should be thanking me! All the trouble I went through.

–We had a few technical issues at first.

Fale: You got me downloading Zoom. Zoom! I don’t have time for that stuff. I have more important things to do… Like TikTok, heheh.

–So let’s talk about BULLET CLUB. You celebrated the seventh anniversary recently.

–And did you think in 2013 that the group would still be a force seven years later?

–That’s a surprise. When we talked to Tama Tonga, he said he knew from the start it would go forever.

Fale: Well, that’s how much of an impact this faction has made in the wrestling world. Things like these don’t last, usually, but there’s a teamwork that we have that nobody else does, and that’s what’s kept us together for so long.

–Egos don’t get in the way.

Fale: If you’re taking, taking, taking all the time, then you aren’t going to last. You work together, then something like this can happen and work well.

We were along for the ride. I was very, very green 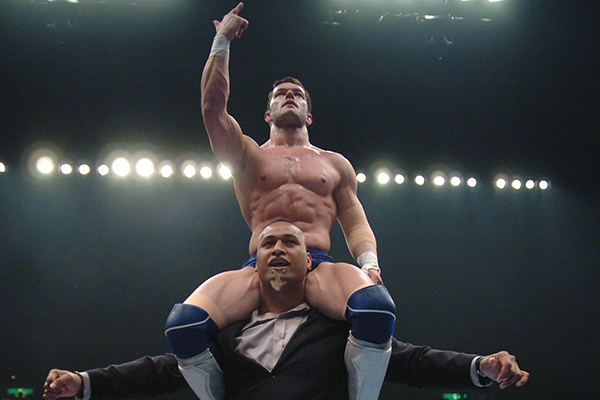 –Let’s start at the beginning. At Invasion Attack in 2013, you came back from excursion and were re-introduced as Prince Devitt’s bodyguard.

–BULLET CLUB officially started that May in Dontaku. Did you know that something was in the works between Devitt and Karl Anderson at that point?

Fale: No, I had no idea. I thought that it was just going to be me and Devitt at first. He never talked about a group, I was there as his bodyguard and he was teaching me how to be a singles wrestler.

–When we spoke to Tama Tonga, he said the same about his relationship with Karl Anderson. So this was between the two of them right up to Dontaku?

Fale: Right. We were along for the ride. I was very, very green. When I was coming through the Dojo, Karl and Devitt along with Matt (Bloom/Giant Bernard) were my senpai, so I’d always try to listen to what they told me, but, yeah, I was still green.

–You relied on them telling you what to do.

Fale: 100 percent. I’d say it wasn’t until they left (Devitt in April 2014, Anderson in February 2016) that I really had to figure out for myself what it was that I had to do. It wasn’t until then that I started thinking for myself, because I was forced to. 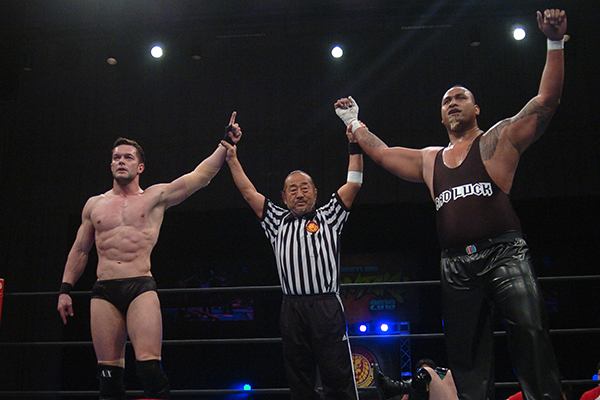 –What sort of things did Devitt in particular teach you?

Fale: Well, one thing that’s really important is knowing what your role is, and sticking to it. If you know your role and stick to it, everything moves right. But if you start getting greedy and egotistical, it all goes the wrong way.

Fale: Exactly. Back then, Karl and Devitt knew way more than me and Tama. So if they said they wanted something done, we did it, no questions asked.

We were making a change, not just for NJPW, but all of wrestling 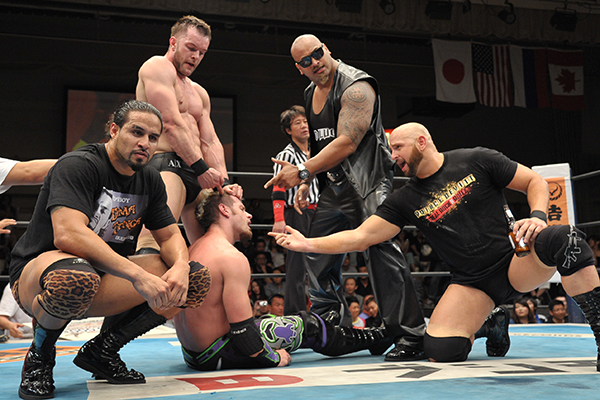 –The four of you had incredible heat through the early months of BULLET CLUB.

Fale: There’d never been anything like it. The hate was real, man.

–Was it intimidating to you, still early in your career?

Fale: Not at all. I’ve got goosebumps just thinking about it now, really becoming a heel. It’s weird, but I liked it. I know other guys like getting cheered, but I get a high from making people hate me.

–The fans were vocal both in and out of the arenas…

Fale: Yeah. The office got phonecalls, I hear, complaining about us. Hey, this was something new. We were making a change, not just in New Japan, but for all of wrestling.

–Do you think your position as four foreigners with this new attitude changed the perception of non-Japanese wrestlers in NJPW?

Fale: Yeah, I think so. I credit Karl and Devitt with that. Before BULLET CLUB we were all very quiet and humble. We didn’t want to disrespect the company, but at the same time we didn’t speak our minds. When BULLET CLUB started, we were a force doing what we wanted, and the company had no choice but to listen to what we had to say.

–There was a change in how you were regarded by the office?

Fale: Yes, and I think that helped everyone. It was a good thing for all the foreign wrestlers, not just us in BULLET CLUB. We made a change across the whole company, in the ring and in the locker rooms.

AJ brought about a change that kept us going all these years. 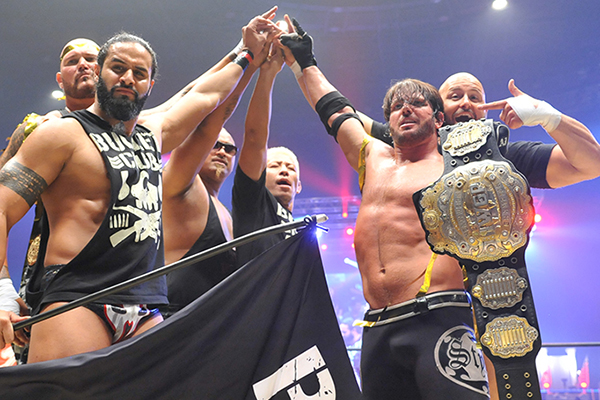 –One year after BULLET CLUB formed, Pricne Devitt left NJPW. Was it difficult to lose your mentor like that?

Fale: It was obviously stressful, but I looked to Anderson after that. And then AJ (Styles) came along, and so did (Doc) Gallows. We gained two guys that I could really learn from, and I really did a lot of growing at that point.

–At Dontaku 2014, the new leader AJ Styles captured the IWGP Heavyweight Championship. Hypothetically, had AJ not filled the spot that Devitt had left, how would BULLET CLUB have moved forward?

Fale: I think you would have seen Anderson take the lead at that point. I reckon it still would have been just as successful under Karl. We had so much fun with him, and I think even if AJ hadn’t come, we would have had just as much success.

Fale: Yujiro was incredibly important to us.

Fale: Yujiro was with CHAOS before, and they didn’t show him any respect. We were a group of outsiders, and we could see that he was slowly being shunned by CHAOS and becoming an outsider himself. So we said ‘you know what? Let’s take him. He’ll be a great addition’. And he was. Still is! 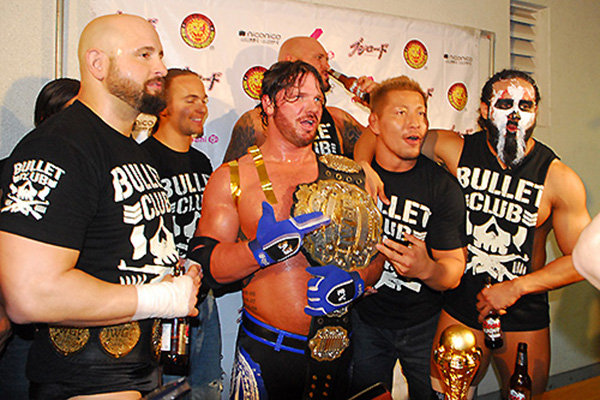 –With AJ at the helm, BULLET CLUB’s boos were becoming cheers and there was a real surge in popularity. Your thoughts on that period in summer 2014?

Fale: AJ certainly helped us. For me personally, I was still an enforcer. I didn’t mind being hated. But now you had guys like AJ in the group who got cheered sometimes even as a heel, because of how great a wrestler he was.

–Was that change in dynamic a problem?

Fale: No, if anything, that balance of hate and love I think is what’s kept us going over the years in my opinion.

I’d gotten good results, but I hadn’t figured out what I needed to be 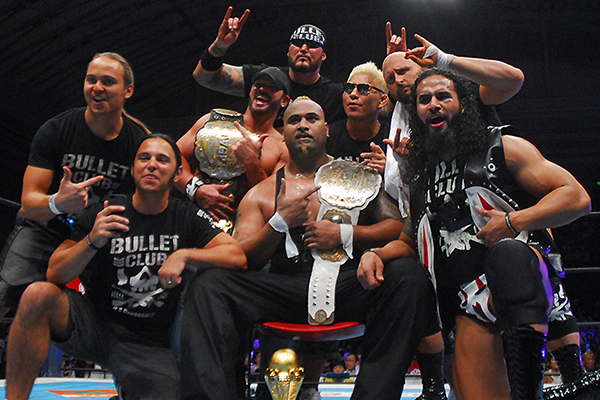 –For you personally, 2014 was a big year. You feuded with Shinsuke Nakamura from that spring, making the finals of the New Japan Cup, and then winning the IWGP Intercontinental Championship in the summer.

Fale: I still felt green. I got a lot of chances, so I must have been doing something right (laughs), but in myself in the ring, I had no idea what I was doing, really or how I fit in. I go back and watch those matches from that era and you certainly see how good Shinsuke in those matches. I’d gotten good results, but I hadn’t figured out what I needed to be, especially when it came to being a champion. 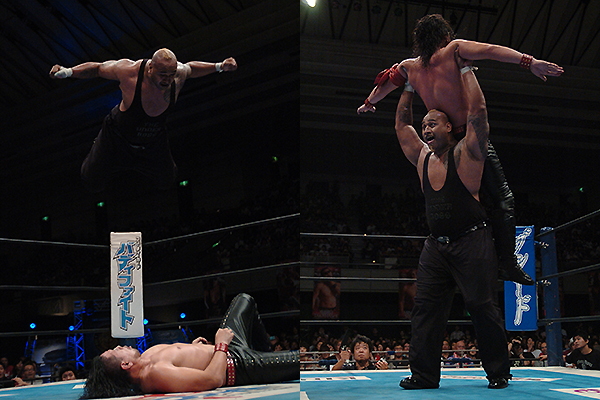 –There was a rapid expansion for BULLET CLUB at the time, with a lot of new members over a short period. Did a part of you feel it was getting too big too quickly?

Fale: No, I wouldn’t say that. But when we started we were very team focused. We were doing what we could to bring all of us up.

Fale: Yeah. But when we had a lot of new members, sometimes, not even I knew when somebody had joined! (laughs) So there was a point there where I wasn’t happy. We had to take a step back and reassess what was going on.

–In January 2016, AJ Styles, Karl Anderson and Doc Gallows all left New Japan. When you all met together and that was discussed, were you optimistic about BULLET CLUB’s future, or was the group in danger of finishing at that point?

Fale: I had my doubts about the club at that point. I think everybody did. There was that time where we thought ‘what are we going to do next?’ I was confident I would be OK by myself if I needed to be. I was confident I could survive even if BULLET CLUB was done, but yeah, I did feel it could have been done.

In part two, Fale brings us to the present, and the future of BULLET CLUB!