Tetsuya Naito in conversation about NJPW’s return, the New Japan Cup, and Dominion in Osaka. 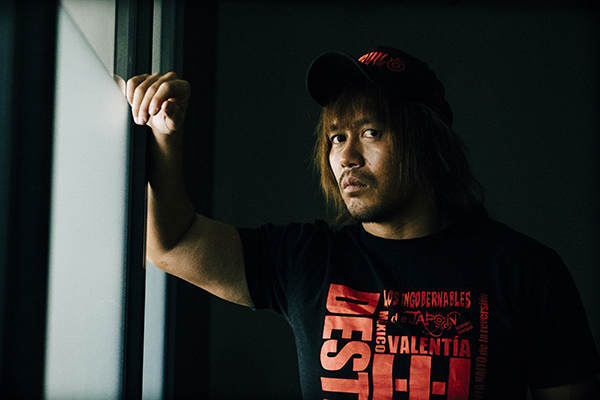 After NJPW’s long 110 day absence, everyone has been hungry for action. The field of 32 that started the New Japan Cup are no exception, and represented everybody on the roster that was able to make it to Japanese venues without travel restrictions at this time. All that is, except Tetsuya Naito. As IWGP Heavyweight and Intecontinental Champion, Naito has to sit out and anxiously wait for the New Japan Cup field to boil down from 32 to the one that faces him on July 12 at Dominion in Osaka Jo Hall. As the Cup got underway, we sat down with the double champ for his thoughts.

Honestly, I feel left out 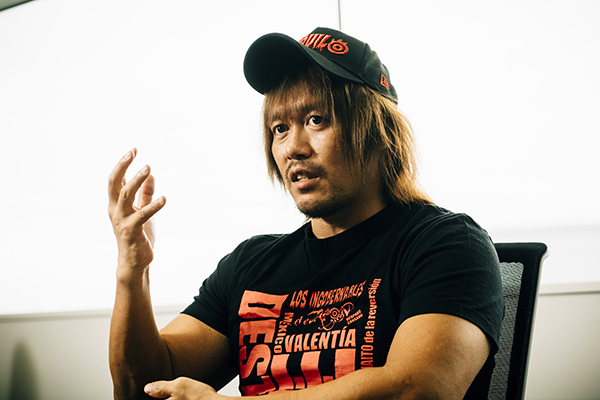 –So, we’re finally back.

–The schedule is leading off with the New Japan Cup, in a different form to previously announced, and after a three month postponement. How do you feel about that decision?

Naito: We had that big delay, but I think it’s the right way to come back. I thought that starting off with the NJC would be the best way to restart, especially when my next challenger was always supposed to come from that tournament.

–That’s right. You had been scheduled to face Hiromu Takahashi at Anniversary, and from there you would have been off the next tour anyway.

Naito: Right, so I think it’s a good place to come back in. The fans get a nice easy re-introduction, and all the wrestlers are motivated by the prospect of the tournament.

–The only issue is that after 110 days away, you’re now sitting on the sidelines for another month, as champion while the NJC is taking place.

Naito: It is what it is, but I do feel a bit left out, honestly. I should be talked about more than anyone but the focus is away from me. Plus everyone else is wrestling these singles matches, and that’s leaving me jealous, quite honestly.

Naito: I mean, it’s most likely that my first singles match won’t be until July 12 at Dominion. But for the fans, I think there’s a great upside; NJPW is back and they get to see all these singles matches back to back.

–And it’s a very different feel; with most non-Japanese wrestlers unable to attend, we’re seeing the Young Lions and the junior heavyweights involved.

Naito: It’s interesting, the original concept for the Cup was openweight.

–The original New Japan Cup in 2005 was openweight, and had Tiger Mask and Jyushin Thunder Liger involved. Since then, junior heavyweights have taken part, but it’s been a heavyweight tournament by and large.

Naito: So I think this year you have a lot more variety than you would normally. It’s an exciting prospect.

All the juniors need to bring it. Hiromu especially. 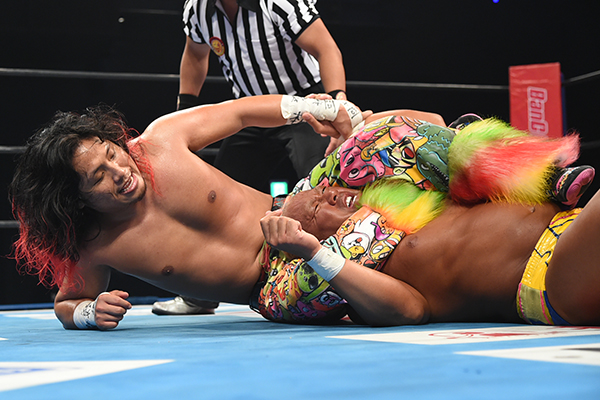 –So of all the first round matchups, what really springs to your attention?

Naito: It has to be Hiromu (Takahashi) vs (Tomoaki) Honma (watch on NJPW World!).

–Only natural that you would have an eye on Hiromu in all this.

Naito: Of course. But this is something I’d say to him, or any other junior: weight differences don’t really mean anything to me.

–You’ve said as much before.

Naito: Well, when I first came into New Japan, that was right around when (Hiroshi) Tanahashi beat (Giant) Bernard, right?

–He was a super heavyweight. Over two meters tall, 160 kg.

Naito: And that’s not the weight difference we see now with junior heavyweights facing heavyweights. So I really don’t see it as such a big deal. Anyone can beat anyone on any given day. There’s all that talk, all the time, that heavyweights beating juniors is only natural, it’s the expected result. That’s all a mental block, I think.

Naito: …But New Japan Cup is where we restart, right? And we don’t know the schedule all that far into the summer. It’s possible we might be having Best of the Super Juniors not long after this.

Naito: So what happens if all the juniors crash out of the first round in the New Japan Cup? That really hurts the appeal of BoSJ. It puts that entire division back at the bottom of the heap.

–It definitely puts them in a tough spot.

Naito: So all of those guys need to be putting in all they have, and getting results. ‘What heart!’, ‘How close!’, that doesn’t cut it. No participation prizes here. And Hiromu needs to be more conscious of that than anyone.

Naito: He crashes out and doesn’t even make the last eight, then what does that say about the IWGP Junior Heavyweight Championship? It’d put him in a terrible spot. This is a big opportunity for him, but the pressure is huge.

–Hiromu talked on his YouTube channel about the chance he has to come after you and both titles, but the whole division needs to have that mentality. 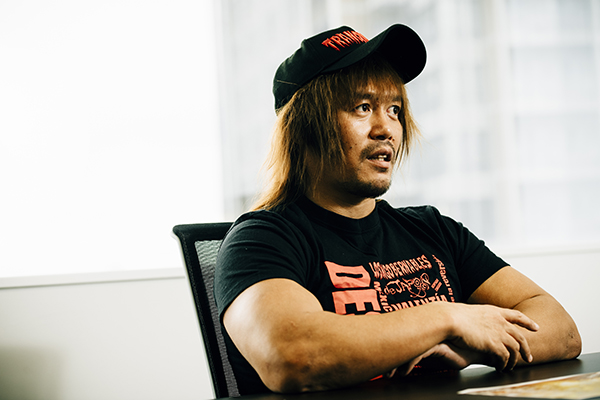 Naito: Well, I don’t know whether this will happen or not, but I saw Hiromu’s interview the other day; the one about him wanting to do the G1 and BoSJ at the same time?

–He was calling it ‘Best of the G1 Climax Junior’.

Naito: If the juniors lay an egg during the Cup, well, what’s the point in having BoSJ and G1 at the same time?

–I get your point.

Naito: SHO has been talking about challenging Shingo (Takagi) for the NEVER Openweight Championship as well. The barriers between the weight classes are being broken down, but if the take home from the New Japan Cup is that ‘oh, so the heavyweights really are a million miles better than the juniors’, well, that puts those barriers right back up again. All the juniors have to give everything they have, especially Hiromu.

–There’s a real blank slate going into this tournament.

Naito: There is. I think I’ve managed to reset myself during lockdown, and I think that goes for everyone. There’s a very real chance of this tournament creating a whole new set of names to come to the top. So I think the question is how has everybody used the time off?

–How well prepared everybody is, you mean?

Naito: That’s only part of it. It’s not just training, it’s a mental process, it’s about who has been thinking about what they’ll do when they come back. This tournament is the best possible litmus test of that. Everything could be turned upside down. That’s exciting, but all of the wrestlers have to know that’s dangerous as well.

I think Hiromu really could go all the way 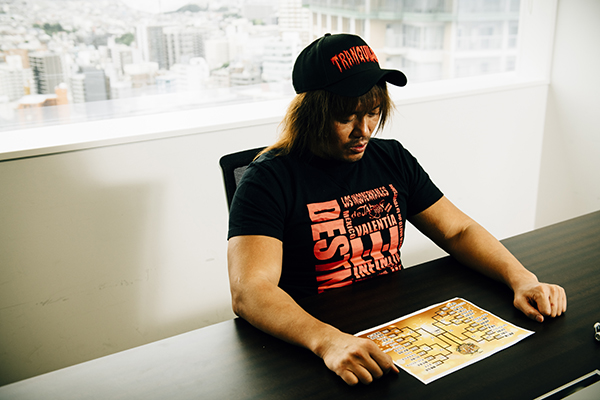 –So what do you think of the other members in that upper left bracket?

Naito: Well, I expect Hiromu to make it to the final four. I really think he needs to go that far at least.

–But Yano is a dangerous second round opponent given their past…

Naito: Yeah. There’s history there that he needs to get past. And then if he gets past that, there’s a good chance he has to face (Tomohiro) Ishii…

Naito: But look, he’s the one talking about wanting to win the Heavyweight Championship while still a junior. That whole idea loses a lot of steam if he gets knocked out early. He really could go all the way, I think; he just needs results. He needs to win.

Who doesn’t want Hiromu vs Okada? 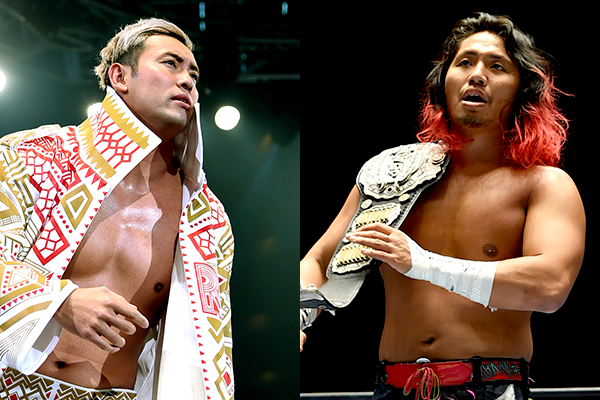 –What do you think of the lower left bracket?

Naito: I’d like to see Kanemaru go far, personally, but I think Okada has to be the favourite.

–With the track record Kanemaru has with Taiji Ishimori, you’d think he’d have a good chance to make the last eight.

Naito: Then it’d be him versus Okada to make it to the final four. I’d have Okada in that match.

–So that would be Hiromu Takahashi versus Kazuchika Okada! That’s a real dream match.

Naito: Who doesn’t want to see that? I think the only down note would be there aren’t any fans yet by July 3. But that’s an amazing match to have.

I expect a lot from SANADA 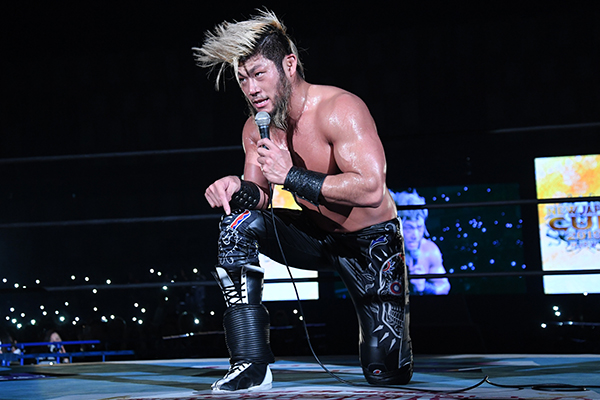 Naito: It’s the hardest block to call. I really think anybody could make it through this one, but I expect a lot from SANADA.

–No surprise you’d go with your LIJ teammate.

Naito: I think it’ll be SANADA over Shingo to make it through to the last four. Thing is, I don’t think this really eats at him or anything, but he is the only LIJ member without a belt right now. That’s not a knock, I don’t think it’s a thing for him to beat himself up over. He has all the tools, and he shows that when he wrestles. If he can get results, this will be a breakout tournament for him.

–He fell at the last hurdle last year.

Naito: Yeah. He had it all together but finished as the runner-up. If he can just win the big one, he’ll be unstoppable after that.

Is EVIL the fourth of four heavyweights in LIJ? Or the cleanup hitter? 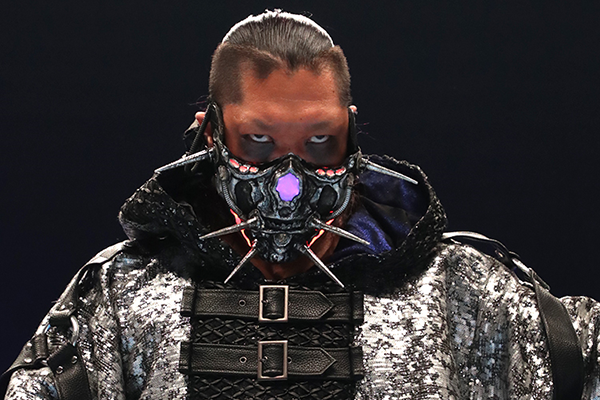 Naito: Has to be EVIL (smiles).

–What’s your take on EVIL? He’s often talked about in the same breath as SANADA, but he hasn’t found much momentum lately.

Naito: Hm. Is EVIL fourth at bat, or is he the fourth of four heavyweights? SANADA doesn’t have a title, and EVIL is NEVER Openweight 6-Man Champion, but he seems to be further behind in a way. The thing is though, this all started with me, BUSHI and EVIL. If it weren’t for him, we would be nowhere near the unit we are now.

–You recognise EVIL’s potential more than anyone.

Naito: Right. That’s why I called him in as my first pareja. He still hasn’t really found his way through, but like I said, we’ve had this time off to reset, and this is his chance to turn it all upside down. The question is, what has been on his mind the last three and a half months? I’d like to think he knows what’s at stake, and that there’s a lot riding on this tournament for him. 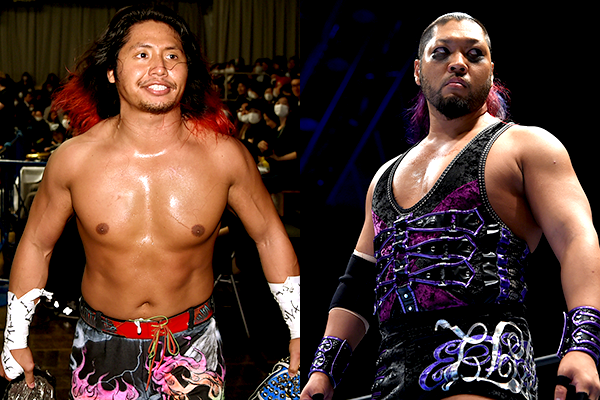 –So your final four will be Hiromu Takahashi, Kazuchika Okada, SANADA and EVIL. Who makes the final?

–Wow! So you have Hiromu over Okada?

Naito: Right. Here’s the thing. Okada is a monster right now. He’s going to be an incredibly difficult guy to beat. There aren’t any gaps in his game. But if you can beat him…

–…It would put Hiromu into the stratosphere.

Naito: That’s the level I think he’s at. It’s not impossible for him to do this. I think he can. He’s quietly become that level of guy, which is wild for someone that nearly got fired while he was still a Young Lion.

–And the guy that saved him from getting cut was…

Naito: …Me! (grins) So he should be grateful.

–And you have Hiromu opposite EVIL.

–Like last year in the G1 (watch on NJPW World!)

Naito: Yeah. The form is there, and I think that EVIL is going to steel himself and brign some fire into this tournament.

–So then you have EVIL versus Hiromu in that final, which is a match long time fans especially will be really hyped to see. Who’s your winner?

Naito: Look, during this time off, I haven’t spoken with EVIL at all. We aren’t super sociable as a group, but we’ll send texts here and there. EVIL, nothing. he could have gone somewhere, I don’t know. That’s the mysterious guy he is. But he definitely seems like he’s dedicated himself to this tournament.

–He has kept his silence.

Naito: Ever since that one time on Hiromu’s YouTube channel. I really wonder whether he’ll come back completely different.

Naito: Well, it would be a nice story if he can make it through the New Japan Cup and then we have that singles match that was set for March 3 after all. But even with that in mind, EVIL being able to put Hiromu away would be even better, I think. 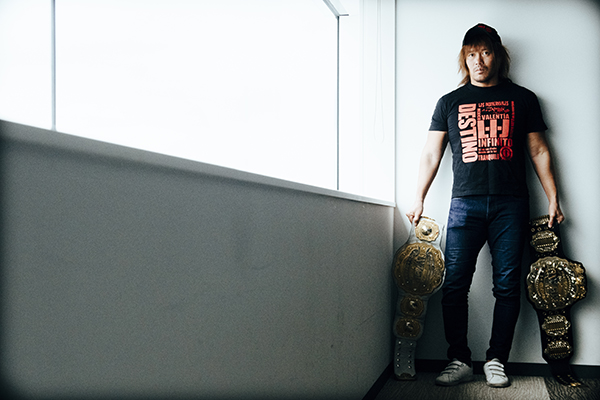