Second round lineup complete as last 16 are set. 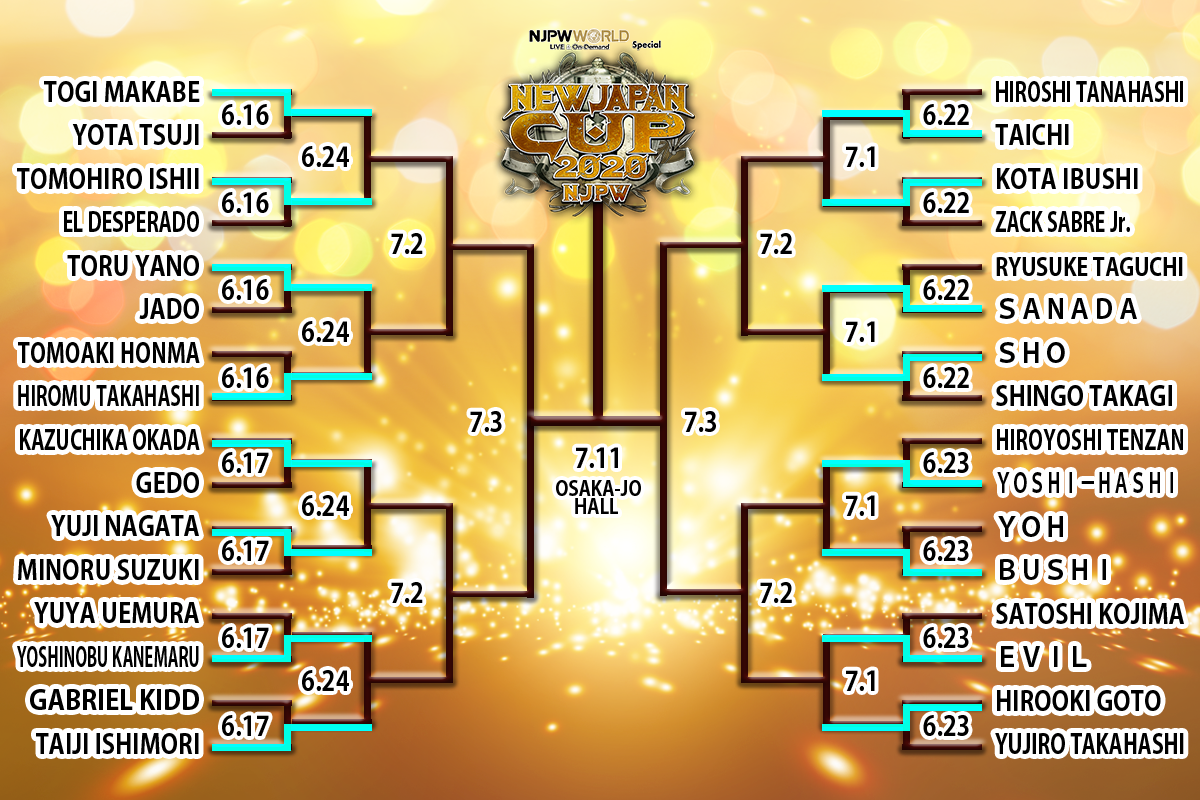 Watch all the New japan Cup action LIVE and on-demand on NJPW World!

After the last four matchups in the first round took place last night on NJPW World, we now have the final 16 to take place in round two confirmed. BUSHI, YOSHI-HASHI, Hirooki Goto and EVIL all booked their place in round two, and will face off next Wednesday, July 3 for a place in the quarter finals. 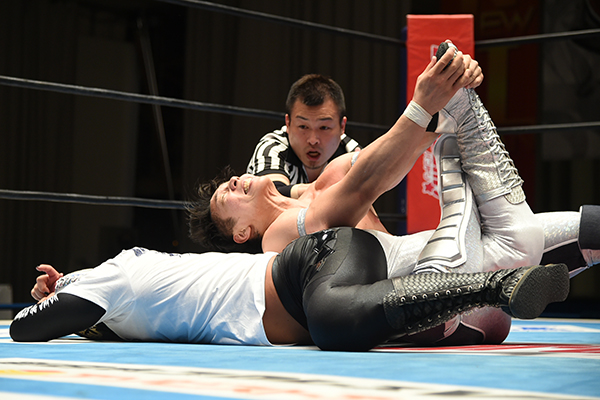 YOH and BUSHI kicked proceedings off for the evening. With a new look and entrance music, YOH had a fresh attitude, and a lot of energy in the early going, wiping BUSHI out with a plancha. BUSHI went to what brought him to the dance though, choking YOH across the ropes before slowing the pace of the IWGP Junior Heavyweight Tag Team Champion.

A Space Rolling Elbow put YOH back in charge, and YOH would push his advantage with another Keiji Muto influence, the Figure Four. YOH would punish the head as well as the legs, with a leg crossed Falcon Arrow he’s calling the Blind Falcon, but YOH’s momentum was harshly cut when BUSHI cut him off at the ropes and landed his signature apron DDT. 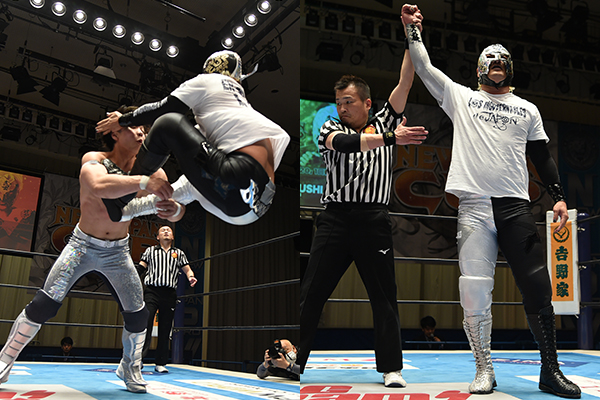 YOH would evade a follow-up MX, landing some hard German Suplexes as both men began to dig deep. A flying Complete Shot from YOH led into Stargazer, but BUSHI found his feet and took YOH off his own with a Codebreaker at the 15 minute mark. An MX followed, and BUSHI was through.

YOSHI-HASHI was next to book his spot when he got past Hiroyoshi Tenzan. After a snug lockup, things quickly turned into a battle of brute force, with Tenzen not backing down an inch to some hard hits from the Headhunter. YOSHI-HASHI would pick at Tenzan’s vertical base, however and did heavy damage outside of the ring to take firm control of the match. 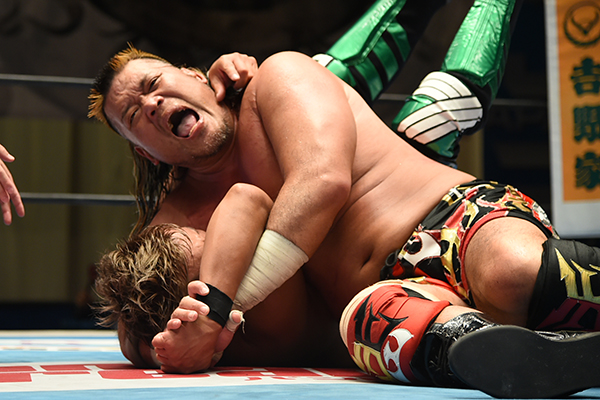 Tenzan used his head to come back, in a very literal sense, laying in hard headbutts before a heel kick and Mongolian Chops sent YOSHI-HASHI reeling. A Headhunter counter prevented the Anaconda Buster though, and some brutal chops followed by double knees led to a two count. 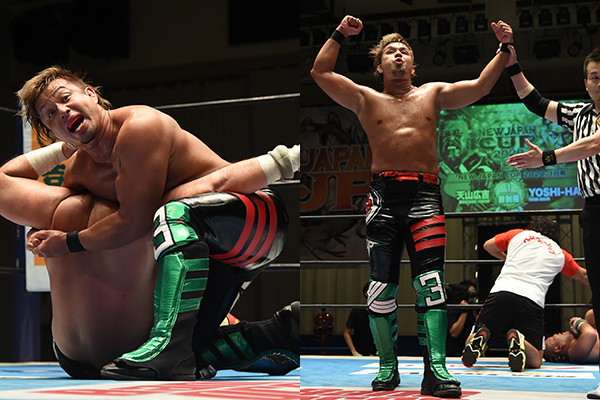 Tenzan’s skull again came into effect when blocking Kumagoroshi, and Tenzan would even lock in an STF in reference to his old partner Masahiro Chono. Feeling overconfident, Tenzan went upstairs and missed a Moonsault, before saving himself by evading a Swanton. As both men found their feet, they charged at one another with forearm bombs, big shots, and submission holds, each man resisting a Butterfly Lock and Anaconda Vice. YOSHI-HASHI’s will proved stronger however, and another Butterfly Lock proved successful. 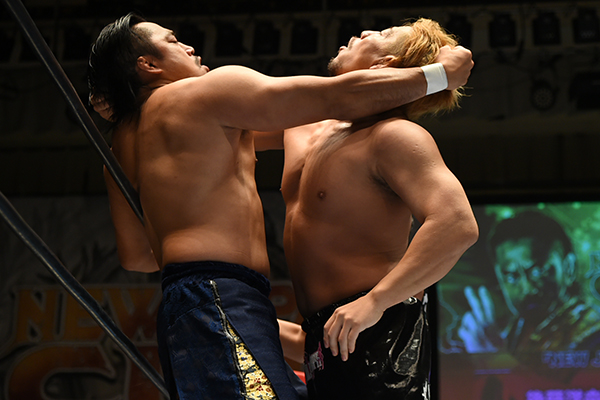 Yujiro Takahashi had a bad record with Hirooki Goto, and seemed determined to get a result in this first round; so much so that he brought Jado to ringside as an insurance policy. Jado’s presence clearly distracted Goto somewhat, as did Yujiro’s stalling outside; when Goto gave chase, a reverse DDT on the floor was the result.

Yujiro continued to press the advantage in the ring, with Jado getting his own shots in on the floor. Goto would fire back with lariats, but as Yujiro showed his own toughness, it took three to bowl the BULLET CLUB member down. Takahashi proved to be as sneaky as he was efficient, raking the eye to avoid Ushigoroshi, and allowing a Fisherman Buster from the top to follow. 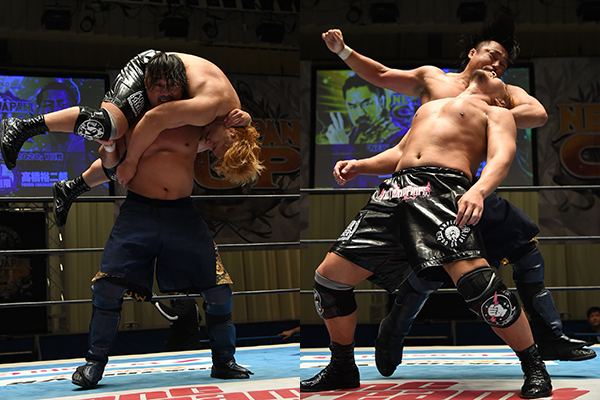 Goto continued to try and hit the knockout blow that not even Yujiro’s rule bending could offer an escape from. A reverse GTR over the top rope was almost that blow, but when Goto went for the original version, the referee was pulled in the way, leading to Miami Shine for a Yujiro two count. Finally though, Goto was able to shove Yujiro into Jado, getting two from a GTW, and hitting GTR for the win. 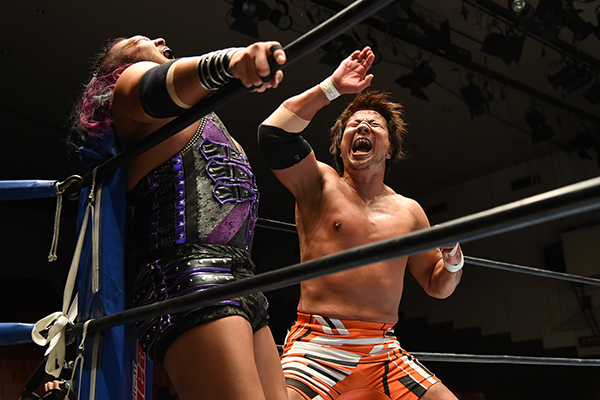 That left Satoshi Kojima and EVIL to try and get the final place in the last 16. Both charged at one another early, but when Kojima missed a plancha to EVIL, he paid dearly; EVIL wrapping Kojima’s arm in a chair and sending it into the ring post.

That led to EVIL dictating the pace with seemingly little answer until a resounding DDT brought EVIL down and Kojima back up. Kojima still had enough in his right arm to deliver machine gun chops in the corner, and even as EVIL cut off the ensuing elbow, a DDT on the apron had the King of Darkness struggling. 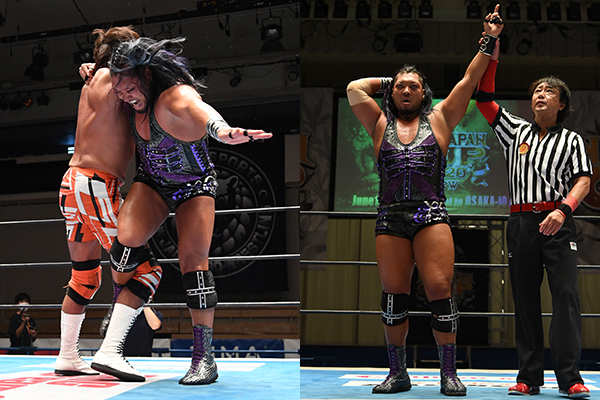 EVIL would continue to pick at Kojima’s arm, but the Third Generation member continued to pile on big hitting pressure, with a KojiCutter in the ring and a second from the top for two. The end seemed within reach for Kojima, but a crunching lariat would be in his future, followed by Darkness Falls. Still, Kojima wouldn’t stay down, and went for a finishing blow, only to have the referee pulled in his path, leading to a one man Magic Killer for EVIL.

Kojima again willed himself back into the fight, but a quick counter to a lariat saw the EVIL strike and the result handed down.

That completes the right side of the round two bracket, with the following matchups to come! 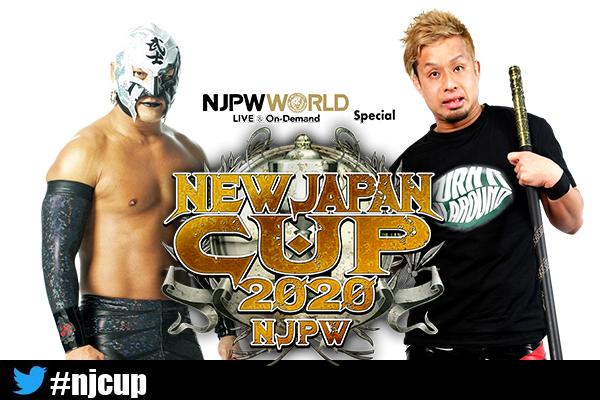 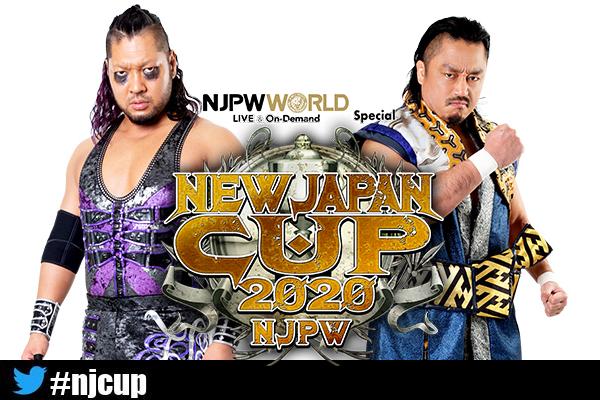 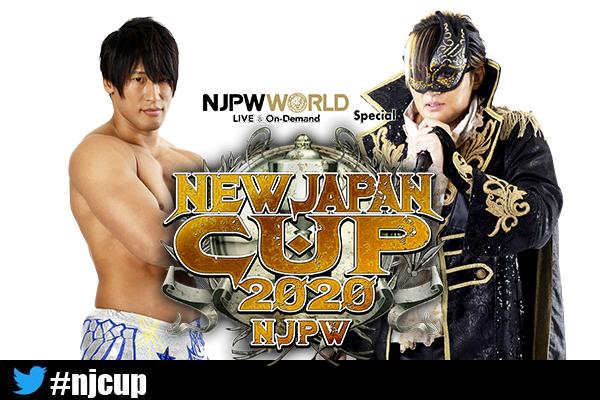 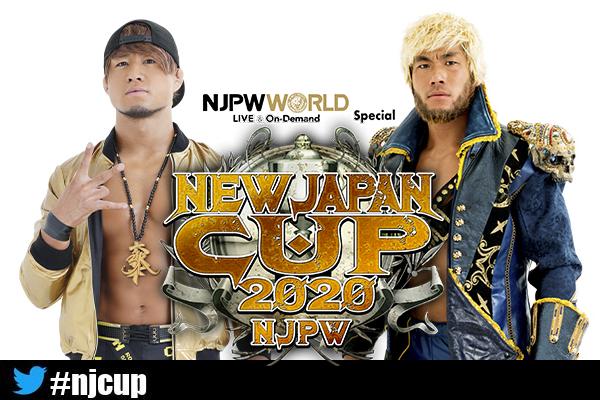