Tetsuya Naito gives his thoughts on the NJPW landscape as we return to action. 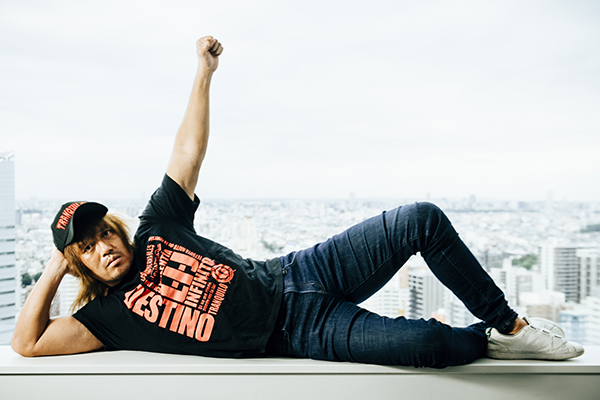 In part one of our interview, Tetsuya Naito gave his thoughts on the New Japan Cup bracket. Now in the second installment, we go more in depth on the double champ’s plans for NJPW’s future! 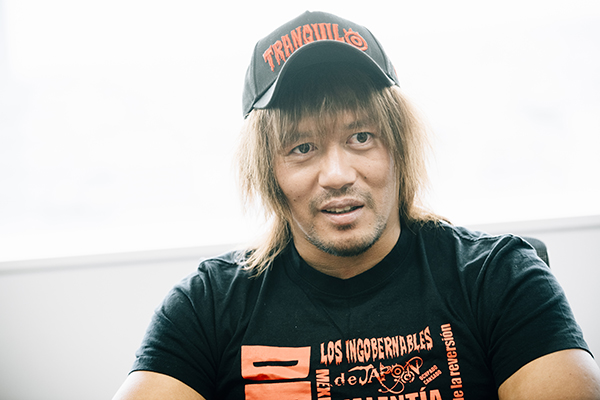 –When we spoke to Kazuchika Okada he told us that he was looking to win the cup, but that beating you the next night at Dominion was his main focus.

Naito: Is that so?

–But he went onto say that there was more pressure on you, that you only have one chance to make your mark on the whole tour.

Naito: I only have one big singles match to work toward. If you think about it purely from a damage standpoint, my opponent would have gone through a tough match to win the New Japan Cup just 24 hours before I face them July 12, but on the other hand, they’ll be in a much better place when it comes to stamina and conditioning.

–That’s definitely a factor, then.

Naito: It’s a double edged sword for sure.

–Tanahashi said on his podcast that even with the damage that you take, being able to put in a winning form on that tournament would put you in a rhythm that can only be advantageous.

Naito: I have to agree with that. You win the Cup and the very next day you’re riding that high into a title match? Plus you have the fans in the building for those two nights. So they were behind you in the New Japan Cup final and then they’ll be behind you all the more for Dominion.

–Speaking of Dominion, Kazuchika Okada has main evented every year at Dominion since it’s been in Osaka Jo Hall.

Naito: True, true… you do have that image of Okada closing things out, but this year is different on a lot of levels right? We’re in Osaka Jo Hall several times this year. We were there in February and I closed the show. So I think it’s time for things to change a little, don’t you?

–There is that chance. We will have one third of the regular crowd in Osaka Jo Hall, but nevertheless, this is one of, if not the biggest indoor gathering since the pandemic broke out. How do you feel about that?

Naito: I really would have liked to come back to a full building, but circumstances are what they are, there’s nothing I can do about that. It does hurt. Last year, when I thought I might be done with my eye injury, I started talking about the importance of ‘now’. You can only see the Tetsuya Naito of right now, right now. So I really want as many people as possible to see me, and it hurts that we can’t do that.

Naito: But, it’s the right thing. I can dislike it and it can still be the right thing to do. I hope we can get to those jam packed arenas to close the show with my roll calls as soon as possible. And it is kind of cool that we are the biggest. All the way around, in terms of doing this, and in terms of how well we’re handling it all, pro-wrestling is taking the lead, and New Japan Pro-Wrestling is taking the lead. We can be proud of that.

For better or for worse, we were behind the other promotions 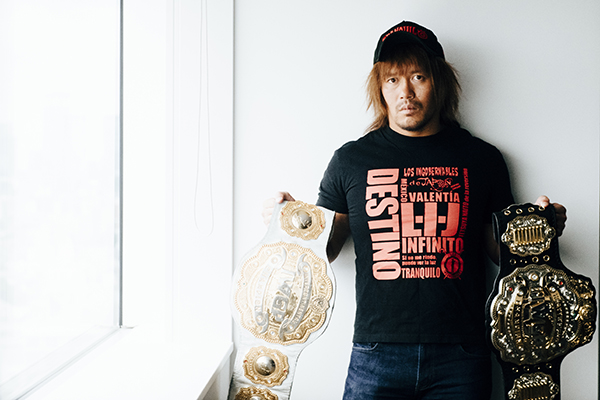 –The last time we spoke to you, other promotions in Japan and overseas were conducting matches without fans in attendance. Do you feel that now we are back, that it’s important NJPW takes the lead?

Naito: Well, I think when we announced that we were returning, the reception from the fans was very positive. That’s a result of that absence, that people had to be patient and had a chance to miss us. But now we are back, we have to show people that they were right to wait, and that we really are as good as we say. That needs to come through the screens on TV and NJPW World.

–How did you handle not being able to wrestle? Okada talked about his identity being in the ring.

Naito: Right. Other companies were having matches and we weren’t. I was jealous to be honest. I’ve always been NJPW centered, but I actually watched some of the other promotions.

Naito: Come to think of it, there might be other people like me who discovered new wrestling, or wrestling altogether, while they were in lockdown.

Naito: I mean, it’s no surprise that NJPW fans might have checked out other promotions during this period. So it’s on us to make people think ‘ah, yeah, NJPW is better!’ For better or for worse, we were behind the other promotions when it came to the empty arena setup and now it’s tie to really show what we can do. 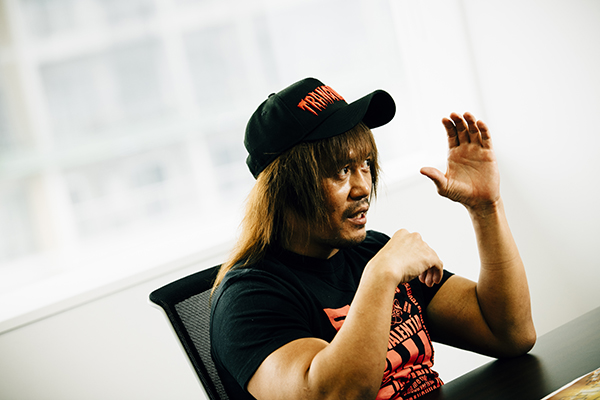 –I thought we’d wrap up here with some more general chat; how did you spend your time in lockdown?

Naito: I was just a real hermit for a while, heh. When the gyms were shut I couldn’t go there either, so.

–Was there anything new you tried? Any new hobbies, perhaps?

–El Ingobernable went to bed at a reasonable hour and woke up early.

Naito: Night time used to be when I would go on walks, or go to the gym. I used to go to sleep when it started getting light out.

–Your day and night cycle are completely reversed, or they used to be.

Naito: I was so weird for so long! It was wild to wake up, turn on the TV, and people were talking about a new day starting.

–Normal day to day life was a big revelation for you (laughs)!

Naito: Oh yeah. But it was a cycle. This really weird period has just turned my life over to the point where right now, it just so happened to line up with everybody elses. It’s constantly shifting.

–So how many times has your sleep cycle changed?

Naito: Oh, I don’t know… Right now it’s back to where it was.

–You’re back to being nocturnal?

Naito: Yeah. Because the gyms are open again. I’d say my sleep pattern changed about once a month. So I’ve experienced some really different routines, heh. I’ve woken up in the morning, at noon, in the afternoon and at night.  Now I think I’ve figured out that waking up at night is the best routine for me to be in.

–So you’re happy the gyms are back.

Naito: Right. Go to the gym at night, go to sleep when it gets bright, get up late afternoon. That’s the best.

— Not five minutes after you said how good it felt to sleep ‘normally’ (laughs).

Naito: Well, it goes back to our talk earlier, about watching other wrestling. You remember why you love the life you live in the first place.

–But it felt good to try something different.

–‘Breakfast’ was a neat new concept.

Naito: Yeah! And feeling sleepy at midnight! What else… I started blogging again. Cooking…

–I saw on your blog. You made gyouza, and pizza.

Naito: Yeah, I’m not normally much of a cook. I shaved the beard…

–That got some traction.

Naito: Relatively speaking, yeah. You know, the lack of structure just bit hard. I think all of us feel sometimes, we have such busy schedules and you want some time off, you want to sleep normally for change, but nothing seems like something until you’re doing it. I’d come by the office every now and then for work, and there wasn’t even anybody here…

We don’t really know what the rest of the year will look like. But that’s kinda exciting, right? 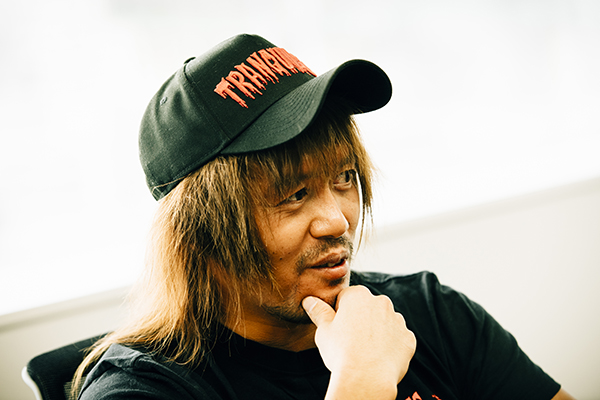 –Lets get back to business before we wrap up. There were some people concerned about whether you could still defend the titles you have, some voices about having to vacate, but now you have a defence set at last.

Naito: Yeah. To be honest, when we first started taking time off after Okinawa, I really didn’t think it would be this long, and then it became ‘oh, crap, I might have to hand these things over’. As it happened, man I’m glad we got it sorted.

–Your reign is restarting.

Naito: Well, it wasn’t just me. All of LIJ started the year strong. We have, what seven belts in the group? So as we restart here, it’s important to note that this isn’t a do-over. It’s a continuation of where we left off. We kicked off this year in the right way, to make it ours, and I think that’ll continue.

–Nobody could have really guessed or fully prepared for what has happened this year.

Naito: And now, the schedule for the rest of the year is up in the air. But that’s kinda exciting, right?

–It’ll be a very different lineup to the usual pattern in NJPW.

Naito: Nobody wished for this to happen. But now we’re here, I think there is something exciting about not quite knowing what’ll happen next. I think some real good can come out of everything, but for now, I’ll just stay tranquilo until Osaka July 12. 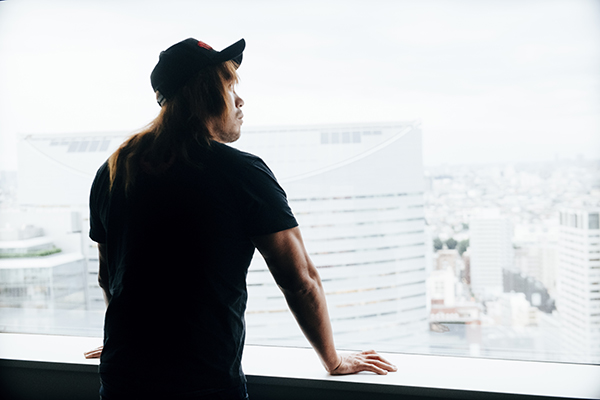