As NJPW steadily starts to bring fans in limited numbers back to venues in July and August, it will do so under the banner of the Summer Struggle tour. While new fans might not be familiar with the name, Summer Struggle actually has a legacy stretching back decades, as it was a permanent fixture in the days before the G1 Climax was the month long journey it is in the modern era. We start today with a look at 1999’s summer tour.

Hiroyoshi Tenzan and Scott Norton’s athletic heavyweight status meant that they were popular ever since their respective NJPW debuts, but their popularity would reach new heights when strapped to the late 1990s juggernaut that was known as nWo Japan. By the summer of 1999, questions were being raised about the faction’s future, and a potential power struggle between Masahiro Chono and Keiji Muto. Regardless of group leadership though, Norton and Tenzan were eager to blast through the top heavyweight prospects that came their way.

That included Tadao Yasuda. In stark contrast to the anti-heroes of nWo Japan, the 1993 Dojo class member Yasuda was a tough, straight laced throwback to Seiji Sakaguchi, who he paid regular homage to through his ring gear he paid homage to. When it came to old school toughness, nobody fit better as a partner than Meng.

Meng was primarily wrestling for WCW, but had considerable cache, respect and fear in New Japan as well. The former and future King Haku was one of the most terrifying men on the planet, and still is two decades later. This was a hard hitting match, and interesting when considering Haku’s sons Tama Tonga and Tanga Loa, whose later popularity in BULLET CLUB would be compared to the nWo phenomenon all those years before.

The first trip abroad we look at today sees NJPW in Australia, and the Southern Showdown event that hit Melbourne’s historic Festival Hall in 2019. A rabid crowd was in attendance to see professional wrestling return to a venue that had hosted combat sports for over a century, and with Souther Showdown, saw the best wrestlers from all over the world.

It wasn’t all great news for the Ozzie faithful. The first ever IWGP Championship matches on Australian soil saw disappointment for home grown challengers. Mikey Nicholls would fall short of the IWGP Tag Team Championship when teaming with Juice Robinson against the Guerrillas of Destiny, and Robbie Eagles was unable to convert his shot at the IWGP Junior Heavyweight Championship in the semi-main event.

The fans were definitely cheered when Eagles struck a blow to El Phantasmo, and set up his defection from BULLET CLUB in Sydney the very next night. Meanwhile, the main event was a huge treat, as the Dream Team of Kazuchika Okada and Hiroshi Tanahashi stood tall and sent the crowd home ecstatic when they vanquished Jay White and bad Luck Fale.

Back home to Japan, and a very special night on July 1 2012. A landmark year for NJPW saw a new era dawning, with growing global recognition, and the birth of a new megastar in Kazuchika Okada. Okada rose to the fore as NJPW celebrated its 40th anniversary in the spring, while later that summer, All Japan Pro-Wrestling also celebrated four decades of activity.

To celebrate a proud history and brave new future, We Are Pro-Wrestling Love: Summer Night Fever saw NJPW and AJPW come together under the same legendary roof of Ryogoku Sumo Hall. A packed Ryogoku crowd saw NJPW and AJPW wrestlers compete together and against one another in a rare treat for fans, but at the top of the card was a battle for the IWGP Heavyweight Championship.

Recovering from the Rainmaker Shock of New Beginning in February, Hiroshi Tanahashi had recaptured the IWGP Heavyweight Championship from Kazuchika Okada in the very building where he initially lost it at Dominion. Standing as his first challenger though was Togi Makabe, who was looking for his second championship reign, and was going to bring all the rough brawling tactics he could to secure it in a memorable main event on a memorable night. 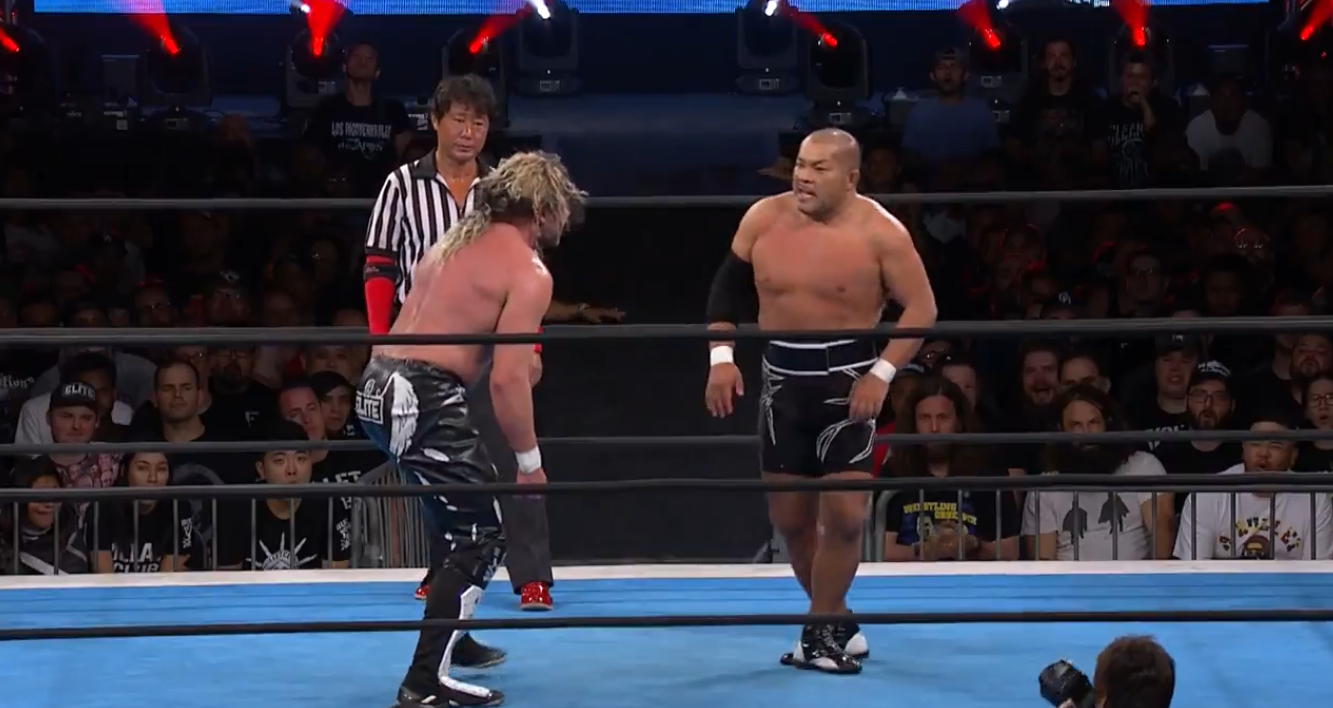 Bouncing back overseas, and we head to America for our next look back, and the beginning in earnest of NJPW’s expansion into the US in 2017. For two nights at the start of July, the G1 Special saw NJPW stage its first fully fledged events in the US at the Long Beach Convention Center.

The second night of the double header saw the culmination of a single elimination tournament to crown the inaugural IWGP United States Champion. The finalists, Tomohiro Ishii and Kenny Omega, presented diverse styles that created a thrill to watch in ring for the US fans. Omega had gotten past Jay Lethal in the semi-final earlier in the evening to reach this point, while Ishii was able to get the win over a Zack Sabre Junior who had relentlessly stretched the Stone Pitbull. Both men were eager to leave their mark on history, while also leaving significant marks on one another. 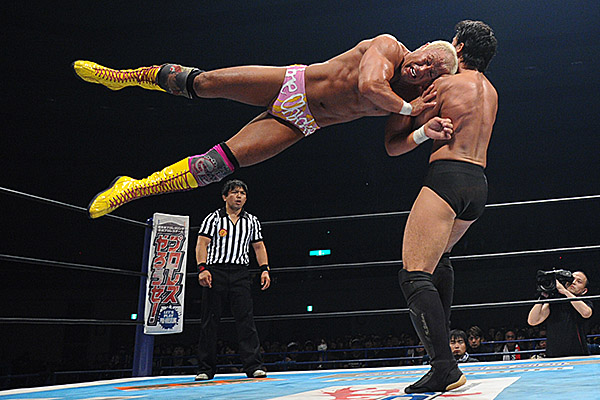 We bounce back to Japan for our last match of the week, and a Kizuna Road clash for the NEVER Openweight Championship between Tomoaki Honma and Katsuyori Shibata.

As a reputation for the hardest hitting of battles taking place for the NEVER Openweight Championship was cemented, no two men represented the title’s mindset more than Shibata and Honma. Shibata would be tied to the title throughout 2016, defeating Tomohiro Ishii for what was his first reign at Wrestle Kingdom, and after a brief reign by Yuji Nagata in the spring, seized the title back at Dominion just two weeks prior to this clash with the Kokeshi.

Honma’s never say die attitude was all the more present when the NEVER title was on the line. While a big singles victory was continually elusive, Honma would bring the most violent of fights when the lights were on bright, inching ever closer to victory in each of his four championship challenges. This was challenge number five for Honma, who vowed to ‘fight hard and have a cool match’ to which Shibata cannily responded that ‘in that case I’ll kick your head off and look damn cool doing it’.