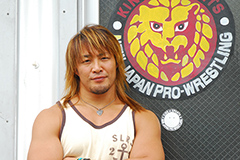 –So last time, we talked about your first day in the NJPW office, and how you were introduced to your future tag team partner, Kenzo Suzuki.

Tanahashi: Right. It was me, Seiji Sakaguchi and Kenzo in the TV Asahi cafeteria. Sakaguchi at 196cm, Suzuki at 192, it made me think ‘woah, what have I got myself into, here?’ (laughs).

–Suzuki was a big guy.

Tanahashi: Right. He had already moved into the Dojo at this point; he actually had been working for a regional TV station in the south of Japan, so he had to change job and move to Tokyo. 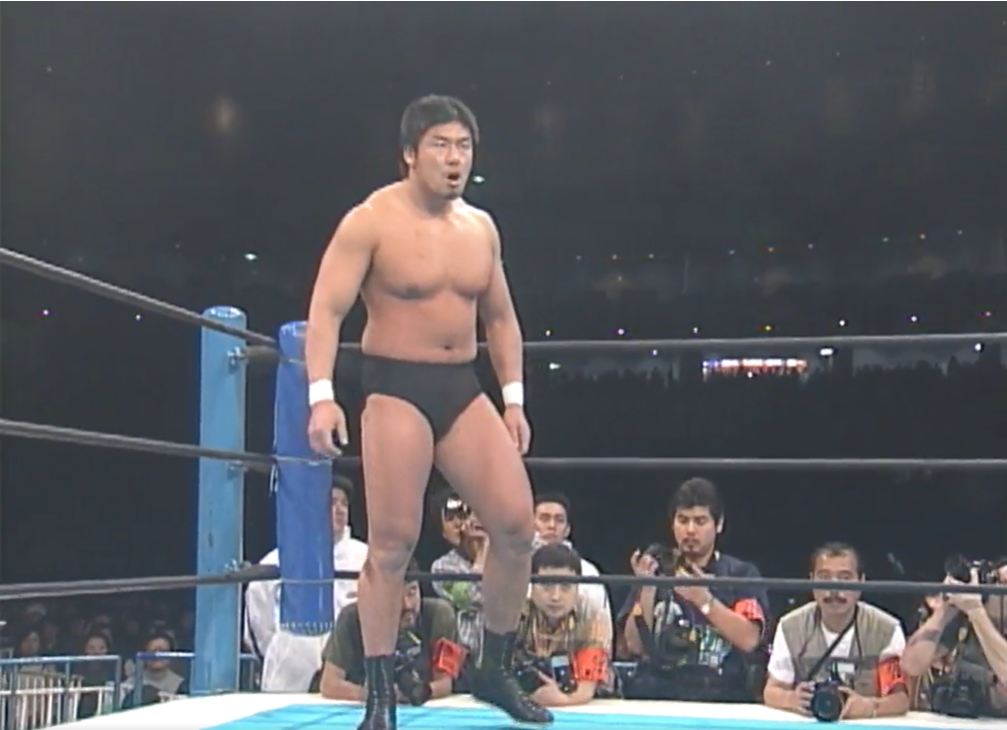 –He had a very high profile in the Tokyo Dome on January 4, 2000. Did you feel even then that he was going to get a big push?

Tanahashi: Well, we only just introduced ourselves then, but later I found out that he had been the Meiji University rugby club’s star player, and he had a lot of eyes on him. He certainly became my rival pretty quick.

–So, do you remember the day you moved into the Dojo?

Tanahashi: Oh, yeah! The other wrestlers were on the road then, but Nijima, who’s a trainer now, was in the Dojo. Then the next day, everybody came back so I had to greet them all as they came in.

–What were your impressions of everyone then?

Tanahashi: Well, some of them responded with a ‘good luck!’ and some didn’t. Truth is, most of the senpai wouldn’t use your name, or even remember your name when you first started. Actually, I’m the same way now.

Tanahashi: There’s a reason for it; you just don’t know who might drop out before they even debut. When people feel ‘ah this one will stick around’, that’s when they remember your name.

–That’s what the rate of attrition in the Dojo is like; in a sense, when people speak to you, you know they respect you. Who was incharge of the dorms when you moved in?

Tanahashi: It was (Yutaka) Yoshie, then (Togi) Makabe, (Kazuyuki) Fujita, (Wataru) Inoue and (Katsuyori) Shibata. Then Masakazu Fukuda transferred in from Dream Factory in January ’99, then it was me and Suzuki. There were a lot of us in that dorm, and we were all big guys, too.

–What do you remember of meeting Makabe for the first time?

Tanahashi: He was my senpai, so obviously he was a hard taskmaster when we were training, but he was nice to everybody afterward. He’d try and put everyone at ease, include them in the conversation. But it would be a lot of ‘Hey, Tanahashi! Tell us something funny!’, which gets a bit tiring in itself…

–There’s only so many stories to tell.

Tanahashi: Well, we weren’t even allowed out of the Dojo; you aren’t until you debut. So I didn’t have a thing to say! ‘Tell us something funny!’- I’ve got nothing!

–Didn’t he host some kind of Dojo dessert party?

Tanahashi: Yeah! He gave me 2000 Yen and said ‘Go buy a bunch of eclairs, desserts, anything you can’ and then we all sat around eating them. He was into his sweets even then.

–So he was strict when he needed to, but kind as well.

Tanahashi: Yeah, he was always a good guy.

–There’s always been rumours that Kenzo Suzuki would be yelled at a lot in the Dojo but that you were a model student.

Tanahashi: Yeah, I got by pretty well, all told. I was pretty strong, so I didn’t have much trouble with training. I think there was only the one time where I was completely blown up.

Tanahashi: No, it was me and Inoue. We were alternating sets of 50 squat jumps and 50 normal squats, and just kept repeating that over and over. I just couldn’t move my legs, and he kept going. I thought that was the difference our one year gap made.

–And what about Suzuki?

Tanahashi: Well, when he came in, he had been used to life on the rugby team, so he didn’t necessarily take part in all the tasks he had to do. That made him stand out to the senpai. As for the training, well, part of it was his size. Him squatting once meant a lot more weight than I would be squatting, you know? So he was a little slower.

–For better or for worse, he was different.

Tanahashi: Well, he certainly got a lot more ‘direction’ than I did. From my standpoint, the times when he was getting chewed out made for a good chance to rest up a little!