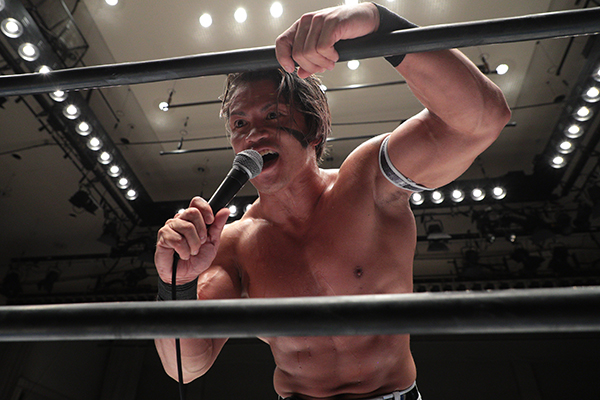 The main event of Summer Struggle night two in Korakuen Hall saw a near rematch of night one’s finale, EVIL, Taiji Ishimori and Dick Togo uniting again to take on Tetsuya Naito, Hiromu Takahashi and this time SANADA, in for BUSHI on the Los Ingobernables De Japon side.

Ishimori and Takahashi would start the match off, Hiromu, heavily taped around the neck and shoulders, slower to engage than usual. When they did meet howerver, the pace instantly picked up, with Ishimori landing a quick Mistica which jarred the junior heavyweight champion’s shoulder and had Hiromu screaming in pain.

As the ring doctor checked on Hiromu, SANADA came in and flew at Ishimori and Togo on the floor. As he went for a Paradise Lock on Togo however, EVIL came in and struck SANADA from behind, giving control to BULLET CLUB. EVIL would repeatedly send SANADA into the exposed steel buckle, but a dropkick to the knees of Ishimori allowed SANADA to tag in Naito. 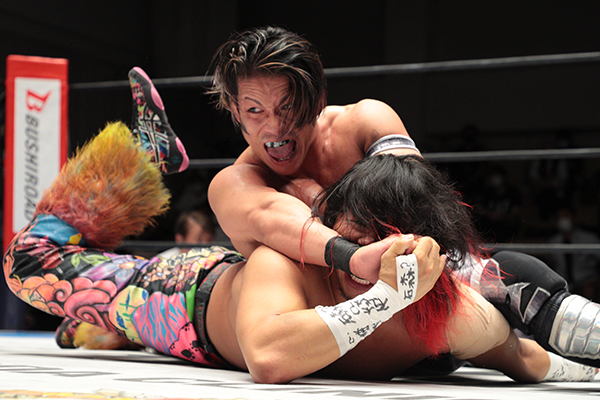 El Ingobernable flew at EVIL with the same high paced aggression he brought since challenging EVIL in Nagoya. The referee would be flung aside by Naito as he tore into the double IWGP Champion, but the King of Darkness would drop his would be challenger with a brutal release German.

LIJ teamwork won out as SANADA turned the tide back in LIJ’s favour. After spending the bulk of the match on the floor, Hiromu was finally able to reach in for a hot tag, but another brutal blow to the taped shoulder from Ishimori was waiting for him. A Yes Lock quickly followed, and Ishimori submitted the IWGP Junior Heavyweight Champion. 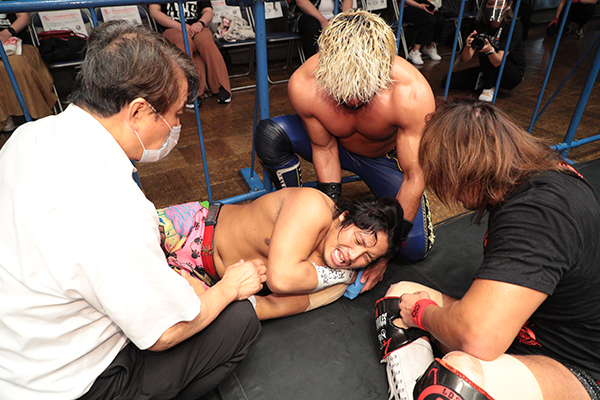 Naito headed off a post match assault, but Hiromu Takahashi seemed in intense pain at ringside. Ishimori would grab the microphone and state ‘This is official now, right? Me and Hiromu for the IWGP Junior Heavyweight Championship, make the match already,’ before adding backstage with a cackle, ‘but can you actually wrestle like this?’

More updates to come on Hiromu Takahashi’s status and that of Ishimori’s challenge!