21st champions to be determined on August 9.

EVIL’s defection from Los Ingobernables De Japon at the New Japan Cup finals in Osaka Jo Hall sent shockwaves throughout New Japan Pro-Wrestling. Among the controversies caused was the fact EVIL was a NEVER 6-Man Openweight Tag Team Champion at the time, along with LIJ teammates BUSHI and Shingo Takagi.

At the post Dominion press conference, the King of Darkness made it very clear he had no interest in retaining his title, and the 6-Man titles have been vacated. As a result, new champions will be crowned in Korakuen Hall in the August 6-9 Summer Struggle events, with an eight team tournament taking place. 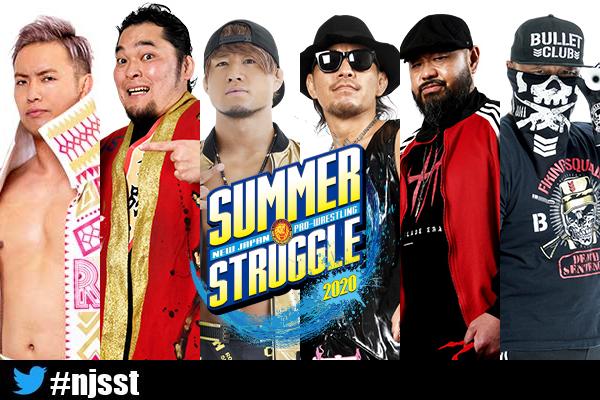 After Toru Yano proved to be the difference maker in a CHAOS vs BULLET CLUB tag team encounter on July 31 in Korakuen, he now joins SHO and Okada in a trio. Yano is an exeprienced NEVER 6-Man champion with four reigns with different partners over the years, but SHO and Okada seek their first reign; indeed Okada has never held any championship in NJPW other than the IWGP Heavyweight. As Okada broadens the horizons of pro-wrestling with KOPW2020 this summer, this would be another new experience for the Rainmaker.

Only one NEVER 6-Man Championship reign between this BULLET CLUB trio, and even then, one of the title’s shortest, a three day reign for Yujiro alongside Bad Luck Fale and Tama Tonga in February of 2016. Jado and Gedo have never held the NEVER gold, and in fact are looking for their first championships in NJPW in over 13 years when they were last IWGP Junior Heavyweight Tag Team Champions. Do not doubt the connections and teamwork that the World Class Tag Team possess however, nor their ability to break every rule in the book on the way to success. 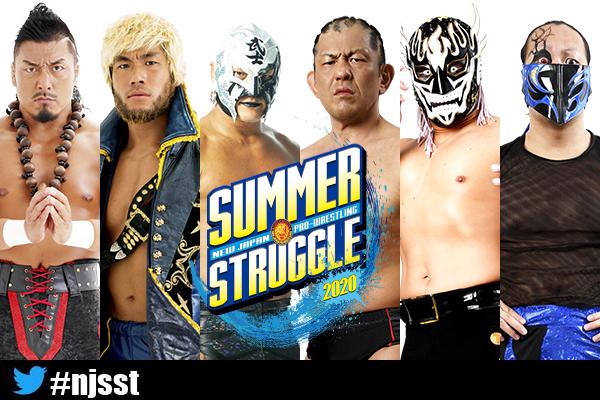 One can’t doubt the championship pedigree of the LIJ trio in this tournament. Four reigns for BUSHI, three of which coming with SANADA and one with Shingo, certainly gives this team  a ton of credibility. Pushing them over the edge to make favourites for the tournament though is the fact that Shingo Takagi and BUSHI were two thirds of the 6-Man champions before EVIL defected in the first place. Add that almost supernatural non-verbal communication that LIJ members seem to always have, and smart money goes on this trio.

No championship history for this Suzuki-Gun trio does not mean for a second that they shouldn’t be feared. El Desperado certainly showed that he has the NEVER style fighting spirit when he battled Shingo Takagi for the singles NEVER Openweight Championship at Sengoku Lord, and Minoru Suzuki has his own history with NEVER. The NEVER label has a reputation for hard hitting, anything goes battles and this Suzuki-Gun trio is the embodiment of the toughness needed to survive. 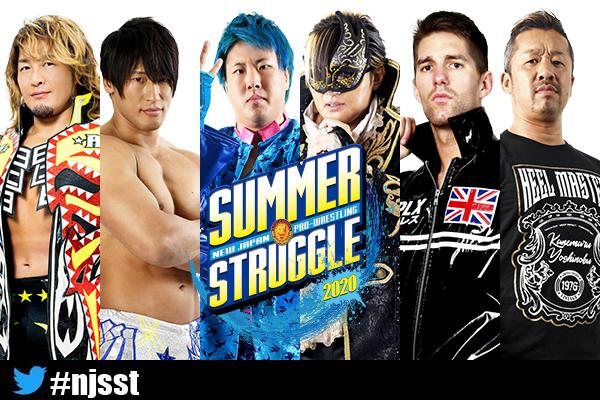 Three combined reigns for this trio all come from Hiroshi Tanahashi in different combinations over the years, the last coming in 2017. The question lingering around this tournament is whether the Ace is still in any kind of championship winning state; ever since a convincing defeat at Dominion saw Golden☆Ace relived of the IWGP Tag Team Championships, Tanahashi has been in rough form. It seems as if wins for hontai against Suzuki-Gun have come in spite, rather than because of, Tanahashi’s presence, and Kota Ibushi has grown increasingly frustrated with the Ace’s crisis of confidence. With Wato having a similar kick based style to Ibushi, chemistry could be strong; one has to wonder though whether this tournament is the last chance for Ibushi and Tanahashi.

No NEVER 6-Man Championship experience belies the fact that this is one of the most solid trios in the tournament when it comes to pure teamwork. Dangerous Tekkers’ IWGP Tag Team Championships are proof of that, as is Yoshinobu Kanemaru’s history as one of the longest reigning IWGP Junior Heavyweight Tag Team Champions of all time. The three will be looking for any excuse to expand Suzuki-Gun’s collection of gold. 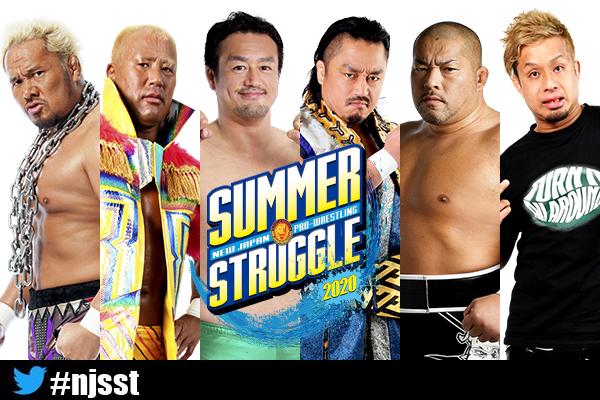 Taguchi Japheel? Great Bash Taguchi? No matter, this trio of veterans will have fun in the ring, but dole out damage to match. Taguchi has been the key man behind three NEVER championship winning teams, and one cannot question his credentials as a player manager. More 6-Man gold could well be in reach.

They might only have one NEVER 6-Man Championship reign between them, and that being for just one day as Tomohiro Ishii formed a shortlived championship team with Beretta and Toru Yano, but this could be a dark horse trio to look out for. Any pairing of this trio would make for an effective tag team, and indeed has done in the past, most recently when Ishii and YOSHI-HASHI had a strong World Tag League showing last year. Don’t bet against this CHAOS trio.