As Summer Struggle continues, a run of four consecutive Korakuen hall events will give rise to a unique tournament to crown new NEVER Openweight 6-Man Tag Team Champions. The first two matches will headline another hot night of action on August 6. 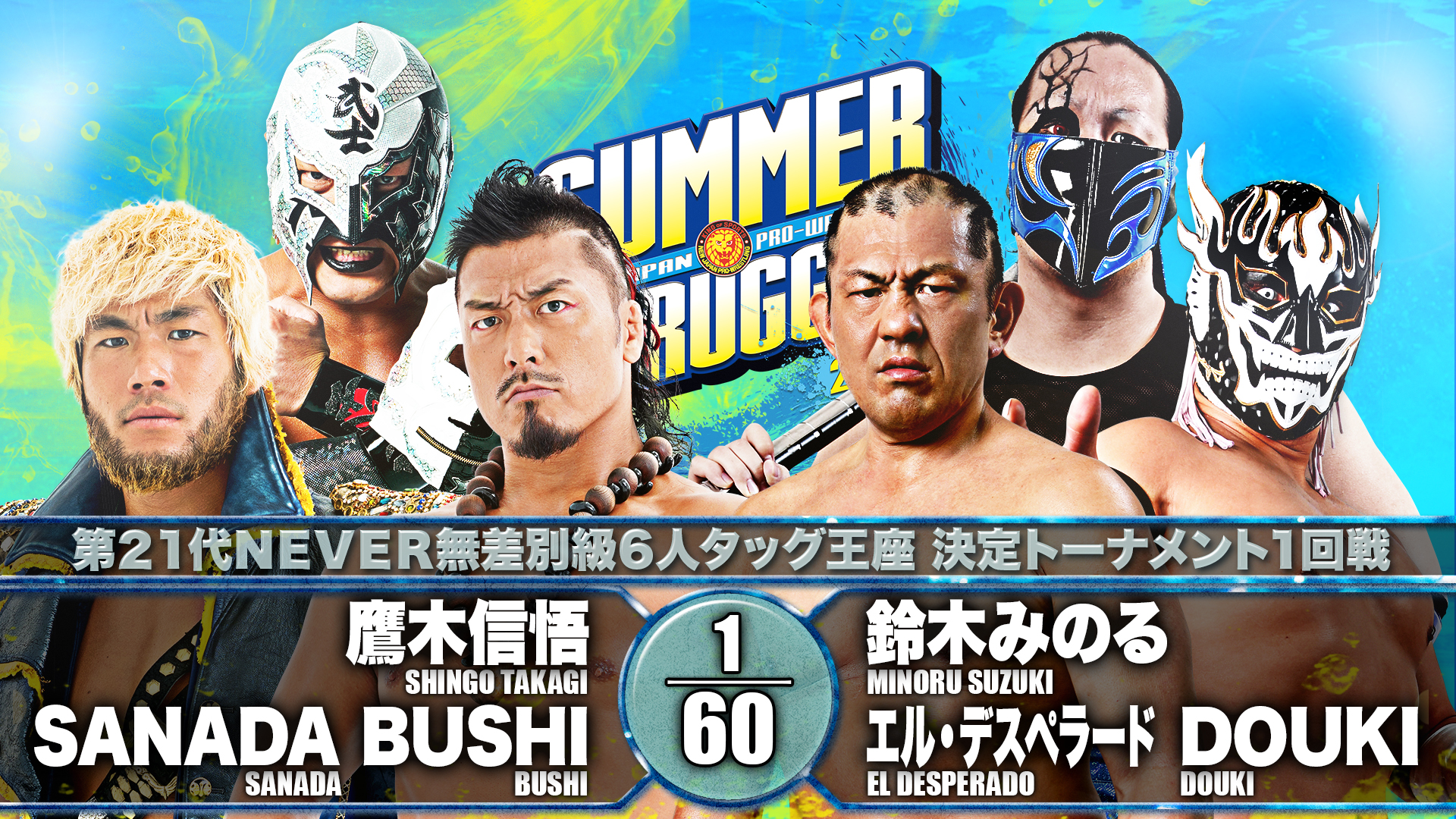 LIJ have to be the hot favourites in this eight team tournament for the NEVER 6-Man Championship gold. After all, BUSHI, Shingo Takagi and EVIL looked to be dominant champions until EVIL defected to BULLET CLUB and vacated the gold. With SANADA teaming effectively with Shingo in recent events, it seems as if Cold Skull will slide neatly into a no doubt championship worthy team.

Yet Suzuki-Gun’s devious ways and outright brutality are not to be overlooked. After Minoru Suzuki won an all out brutal war against Yuji Nagata in Korakuen Hall on July 31, the King stated that he had brand new plans in mind; could they come in the form of NEVER glory? 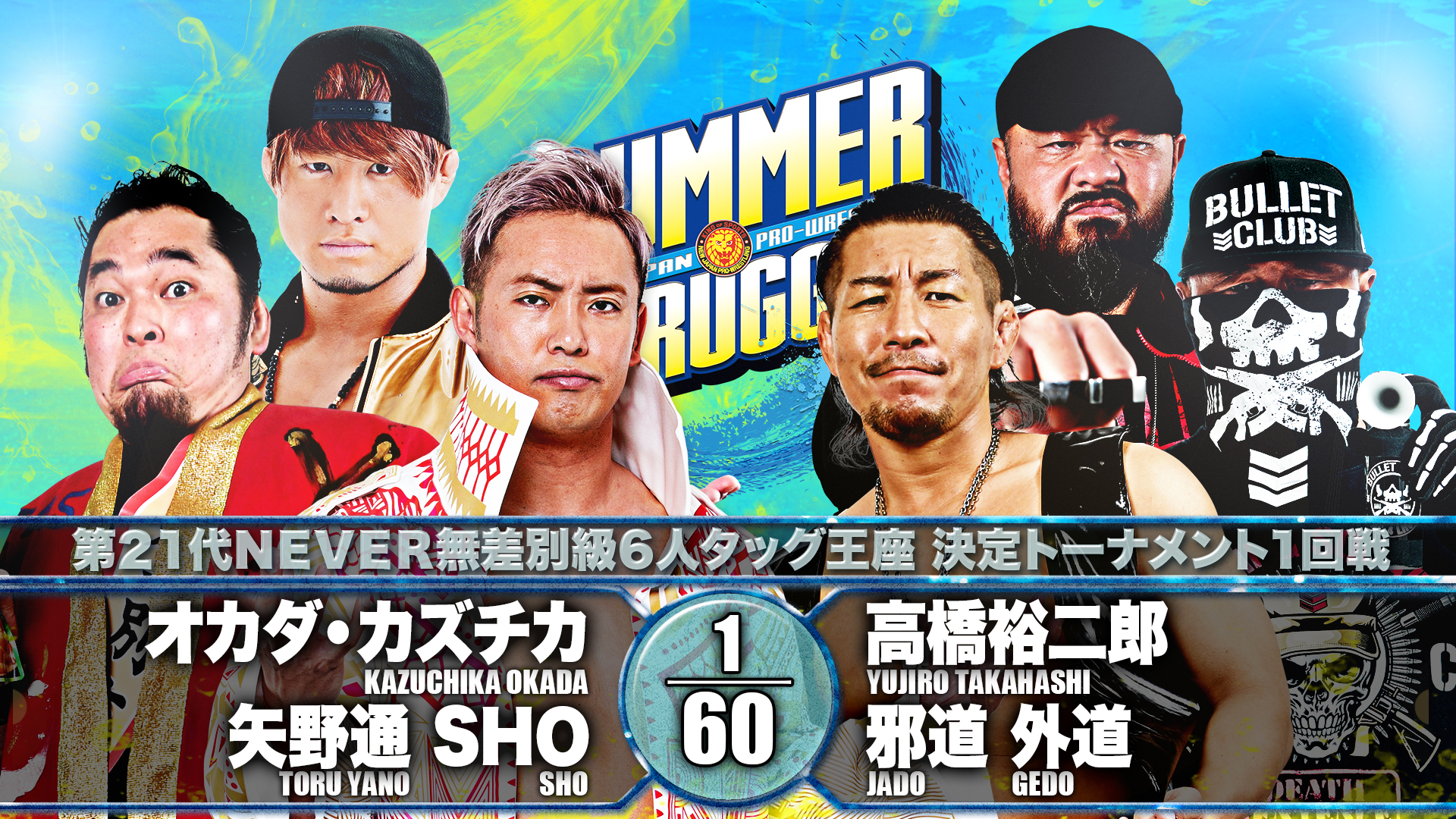 CHAOS take on BULLET CLUB in the night’s other tournament matchup. When Jado’s presence in the corner of Gedo and Yujiro Takahashi was looking to pay dividends on July 31, Toru Yano evened the odds for the CHAOS side, and we now have a formidable trio with some very different wrest;ling philosophies combating BULLET CLUB. Will it be the disparate approaches of the CHAOS team winning out, or the united (and corrupted) vision of Yujiro and tag team legends Jado & Gedo that advance in the NEVER 6-Man tournament? 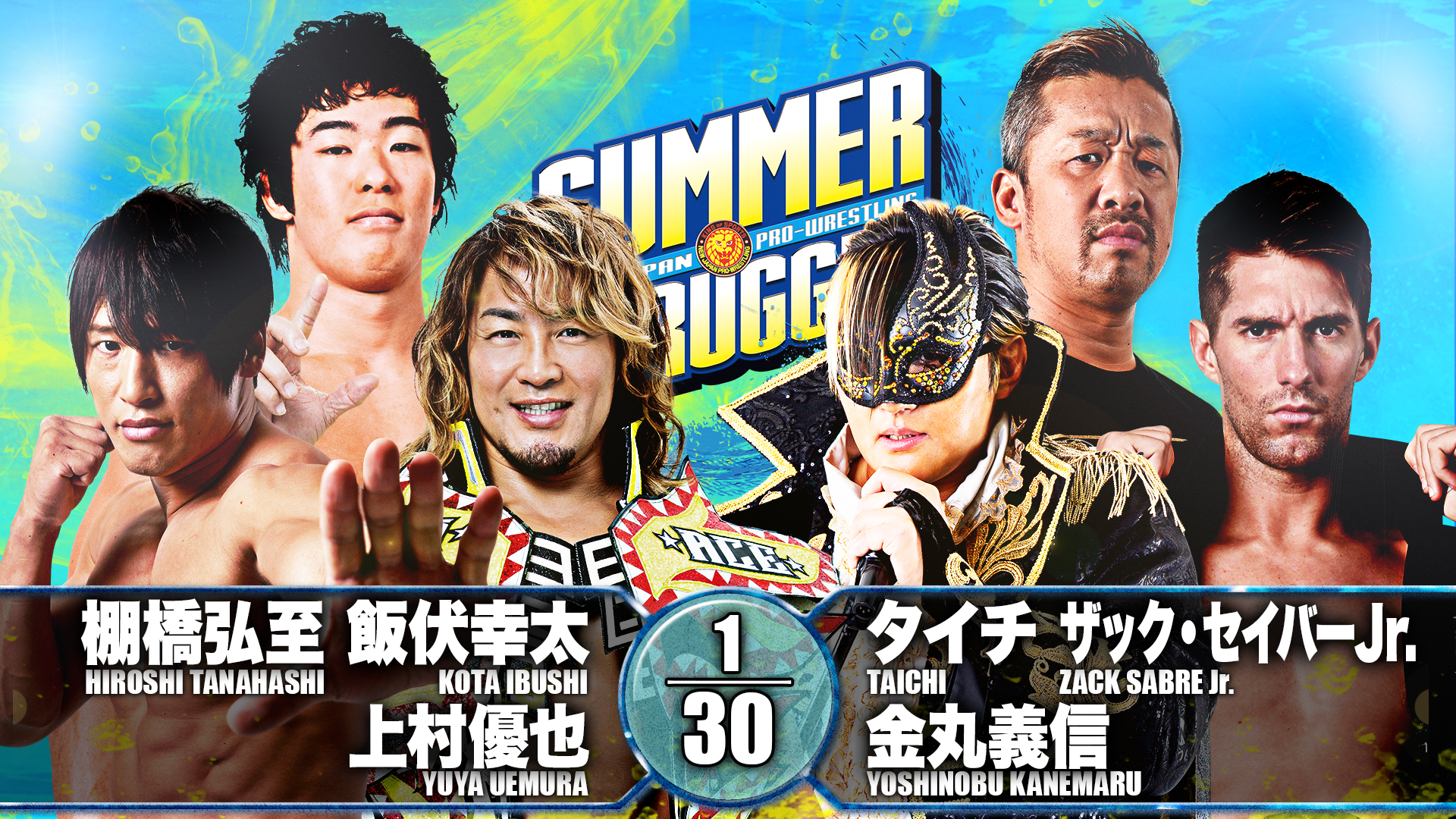 Golden☆Ace continue a long standing issue with Dangerous Tekkers in the fourth match of the night as the two teams engage in non-tournament six man action. Friday in Korakuen Hall, another lacking performance by Hiroshi Tanahashi led to a frustrated Kota Ibushi leaving the Ace alone on the floor as he walked out, adding fuel to the fire that this once dream team might have turned into a nightmare. With a 6-man tournament match coming up the next night, can Tanahashi turn his fortunes around tonight? 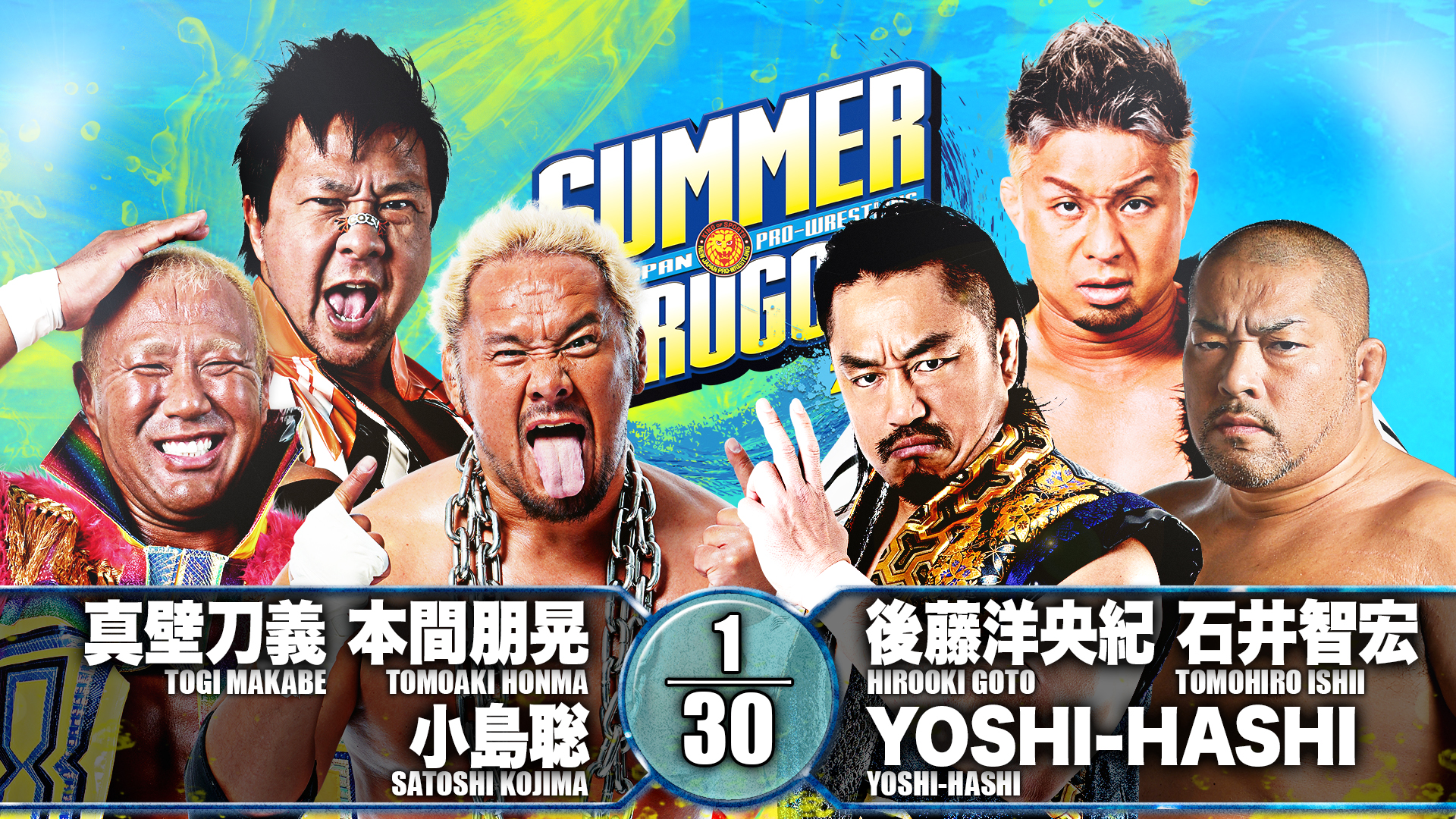 The CHAOS side of Ishii, Goto and YOSHI-HASHI get a tune up match for Friday’s tournament battle against Makabe, Honma and Taguchi’s one night substitute Kojima here. The CHAOS trio will be grateful for the chance to develop some combinations without the tournament pressure, but at the same time, coach Taguchi will be able to take notes and be relatively fresh for Friday. 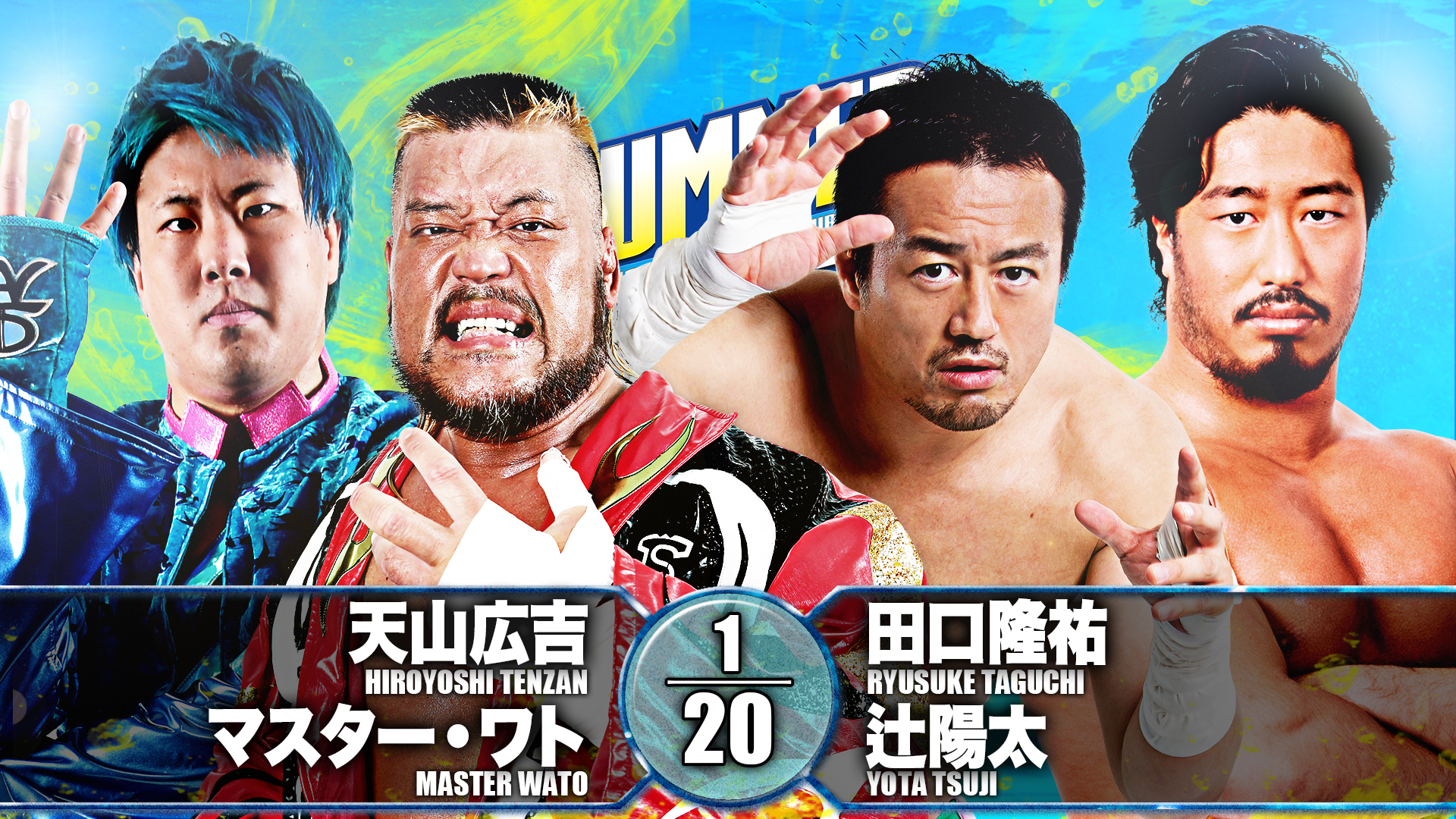 Tag team action in the second match of the evening sees some interesting factors at play. Wato is in his first direct tag team matchup with Hiroyoshi Tenzan since Tenzan came in support of Wato at the New Japan Cup finals in Osaka Jo Hall. That night, Wato was making his in-ring return after Mexican excursion; an excurion Yota Tsuji hopes to make some day, albeit as a heavyweight to Wato’s junior status. It should make for an interesting mix of styles in Korakuen. 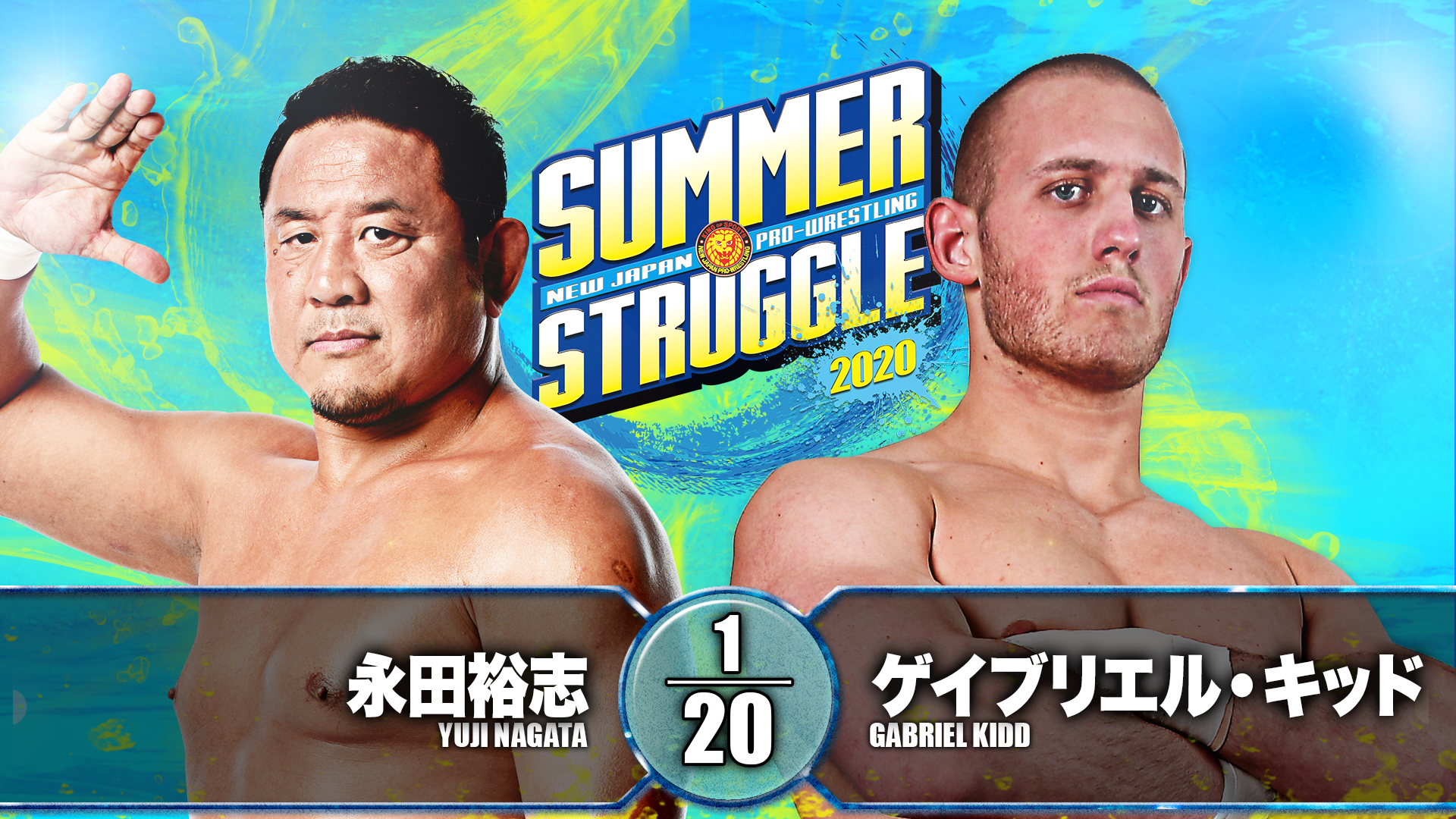 The night kicks off with singles action as Yuji Nagata takes on Gabriel Kidd. After main eventing in Korakuen on July 31, Nagata will start the evening on August 6, but will continue fight with his all, and teach some valuable lessons to Gabriel Kidd. For the promising young Briton, a learning opportunity, and one to send further messages to the man he really wants to compete with in singles action: Togi Makabe.