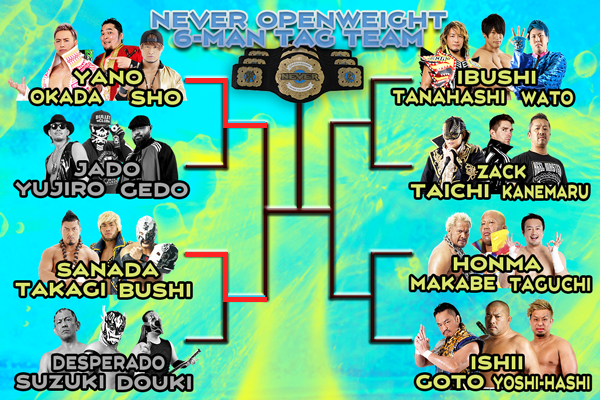 Eight teams have become six after the first round of Summer Struggle’s tournament to crown new NEVER Openweight Six Man Tag Team Champions. The CHAOS trio of Toru Yano, Kazuchika Okada and SHO, and the Los Ingobernables De Japon team of SANADA, Shingo Takagi and BUSHI will now meet in the semi-finals on Saturday August 8. 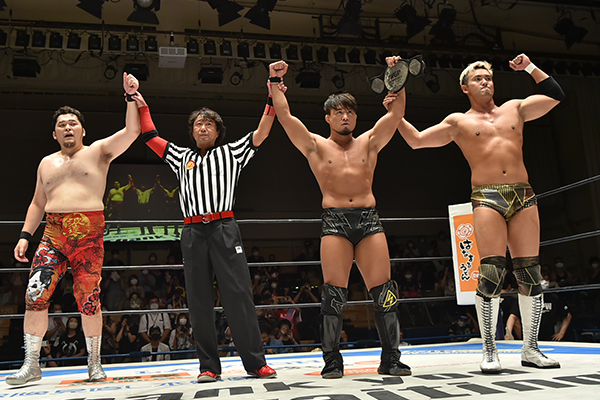 CHAOS and the BULLET CLUB trio of Jado, Gedo and Yujiro Takahashi were first to face off. Okada started the match with Yujiro Takahashi, but as the two circled, Jado and Gedo jumped the Rainmaker from behind. The World Class tag team showed off some world class cheating as they along with Yujiro pulled out every shortcut in the book. Leather belt shots, chokes over the ropes and running Okada into the exposed turnbuckle were all in the playbook, until a shotgun dropkick bought Okada some distance to bring in Yano.

Toru Yano would try to out trick Jado and Gedo, getting success by working over Gedo’s beard (yes, beard) and using his own turnbuckle tricks. That brought in SHO, and while Jado dealt some damage with a Green Killer to the IWGP Junior Tag Champion, the BULLET CLUB side couldn’t stop the RPG3K member. SHO blocked a kendo stick shot from Jado, and would lock in a double wrist lock on Gedo for the tap out win. 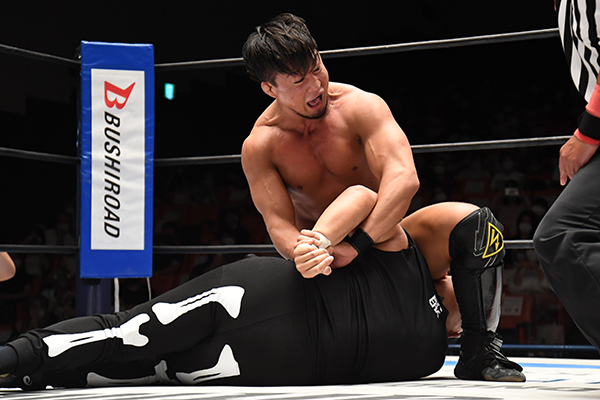 The main event of the evening saw Minoru Suzuki go right at Shingo Takagi at the bell, the typical Suzuki-Gun jump start settling to Desperado and BUSHI in the ring. DOUKI would lay some vicious chops, and Suzuki stretched BUSHI’s arm before Shingo cut the King off; still though the assault on BUSHI continued.

When LIJ’s masked man did get the room to tag in Takagi, The Dragon immediately charged at Suzuki rather than the legal Desperado, before taking out Despe and DOUKI by himself with little trouble. When Desperado managed to buy time with a spinebuster however, Suzuki would step in, and the fight was really on.

Suzuki and Takagi traded chops and forearm shivers, Shingo dropping his trademark trash talk in the process as the Korakuen crowd clapped along. Suzuki tried to submit the NEVER Openweight Champion with a front chancerie, but a suplex out led to SANADA coming in, and classic high paced team play dealing damage to DOUKI. 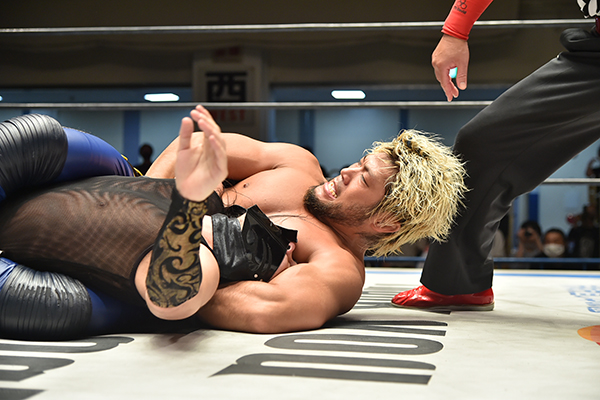 A standing Skull End had DOUKI in trouble, but Suzuki would come in to make the save; Shingo again went right for the King, and whether they were the legal parties or not, nothing was going to stop the two brawling. After a Pumping Bomber, both finally went to the outside leaving DOUKI in with SANADA once more. The llave techniques of DOUKI almost put SANADA away, with a very near two count from a cradle but eventually Skull End was locke din, with no save this time as LIJ picked up the submission win. 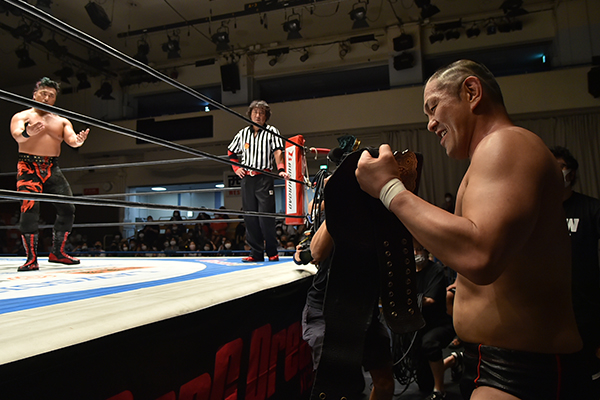 Post match, Takagi and Suzuki continued brawling; when they were separated, Suzuki went to ringside and picked up the NEVER Openweight Championship. Daring Takagi to come and get his belt, it was clear what The King’s hinted at next mission is.